Although the east coast is generally associated with the origins of modern America, Renée Martínez enjoys reminding people that Santa Fe, New Mexico, is actually the oldest capital in the U.S.

“A lot of people aren’t aware of the history of this place and it’s fun to see their reaction when they get to hear the story,” says Martínez, who’s the city’s IT director.

This history is particularly important to Martínez because the story of Santa Fe is also the story of her family. 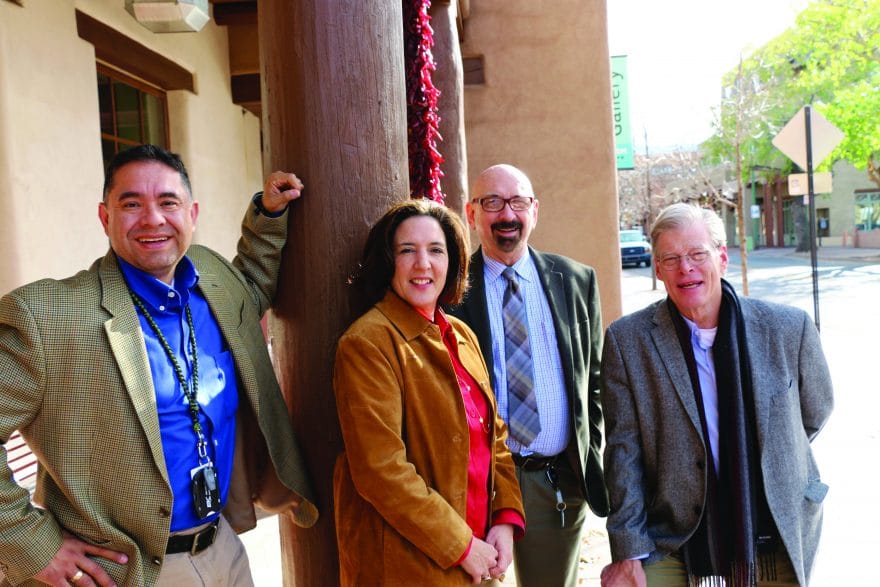 Some of Martínez’s ancestors first arrived in northern New Mexico somewhere between the late 1500s and early 1600s as part of the Spanish colonization and exploration of the Americas, and experienced the city’s founding in 1610.

“I love the fact that my family is connected to this city. The history of this place is incredible, and when I walk on some of these streets I know that one of my ancestors long ago was walking on that very same place.”

In her role as IT director, Martínez, with the help of her team, wants to make sure everyone who visits Santa Fe gets to appreciate all the city has to offer.

“We’ve really been lucky in the IT department to attract some people that are very talented and want to serve the city and make it the best place to visit and live in,” she says.

According to the official website of Santa Fe, the city draws over one million visitors each year, and Martínez understands exactly why.

“[Santa Fe] is a different type of city than you will find anywhere in the U.S., because of how old it is. It’s almost like going back in time,” she says.

Tourism plays a large part in the city’s economy, which is why the IT department is always trying to discover ways to improve tourists’ experiences.

For instance, Martínez and her team, along with the city’s mayor, Javier Gonzales, are proposing that interactive kiosks be placed in high walking traffic areas, such as the train station and airport.

“The idea is that as people come into Santa Fe they can interact with these kiosks and find out about the local businesses as well as some of the events that are happening in the city,” she says. The kiosks could give directions to city hotspots like the downtown plaza or the popular Railyard District. The IT department is also enhancing the Wi-Fi around the Santa Fe Community Convention Center to support the conferences of large tech companies.

To stimulate businesses, Martínez says the city is installing more fiber optic cables in certain areas, and that this is one of the Santa Fe’s key initiatives.

“We’re hoping we can attract some high tech companies to plant their headquarters in areas like the Railyard District, and those kinds of companies would need a gigabyte type bandwidth to do their work,” she says.

Martínez says she and many others in city departments, as well as residents, also hope that a higher bandwidth could help with the growing film industry in Santa Fe.

Since New Mexico began offering a 25 percent tax credit for film productions in 2003, the number of film and television productions coming to the state has increased tremendously. This industry has brought money and employment to the state, and Martínez hopes to expand it even more.

“We’ve been able to support the production phase, where you are actually making the movie, for some time now, but we’d like to track business for post-production as well,” she says.

When she was offered the role of IT director for her hometown of Santa Fe in 2014, Martínez says the decision was a “no brainer.”

Martínez believes a higher bandwidth will allow editors and post-production houses to thrive in this untapped industry.

As a public servant for her city, Martínez says her responsibilities include improving the lives of Santa Fe’s citizens, as well as its visitors.

In the next three years, the IT department will be modernizing the city’s core business systems by replacing outdated software with modern cloud software as service solutions. These systems are used by all the city departments to provide services to the citizens of Santa Fe.

“If you want to get a building permit, parking permit or a business license, or if you are a developer and you need to submit your plans for review by the planning and zoning committees, we want to provision these services online,” she says.

The benefit of this modernization is that both employees as well as private citizens will be able to access these systems at any time, as opposed to waiting in line at city hall.

“All the city departments and employees have been very responsive to leadership and these changes because they translate to a better image for the city and a better place to live for our visitors and our citizens,” Martínez says.

Although Martínez grew up with a deep connection to Santa Fe, she didn’t always plan on working in city government.

After graduating from Stanford University with a degree in industrial engineering with an emphasis on business administration and computer science in 1985, Martínez worked in San Francisco as an IT consultant for Accenture, a global IT consulting and strategy company.

In 1992, after her husband finished law school at UC Hastings, the pair decided to move back to New Mexico, where Martínez worked as CIO for Presbyterian Healthcare Services, the largest healthcare system in the state.

“It was my first experience working for a not-for-profit and I really grew to value the role of contributing to an organization that was serving the public and the public’s interest,” she says.

Her work with Presbyterian fueled Martínez to go into public service at the state level. From 1999 to 2014, she worked as CIO for the state of New Mexico’s environment department, the department of health and office of the state engineer, consecutively.

When she was offered the role of IT director for her hometown of Santa Fe in 2014, Martínez says the decision was a “no brainer.”

“To be able to be here in this position and make these kinds of contributions to the place I live in and my family has lived in for so long was easy for me to say yes to.”