It doesn’t take a genius to know it’s a bad idea to drive the kids to a soccer practice in the pouring rain. But it takes a “smart city” to let parents know practice is cancelled because, even after the sun comes out, the fields are still too wet to use.

As CIO for Morrisville, North Carolina, a town of about 30,000 between Durham and Raleigh, Rick Ralph is working to make the community smarter with touches such as alerts about field conditions and ways to reduce traffic congestion. 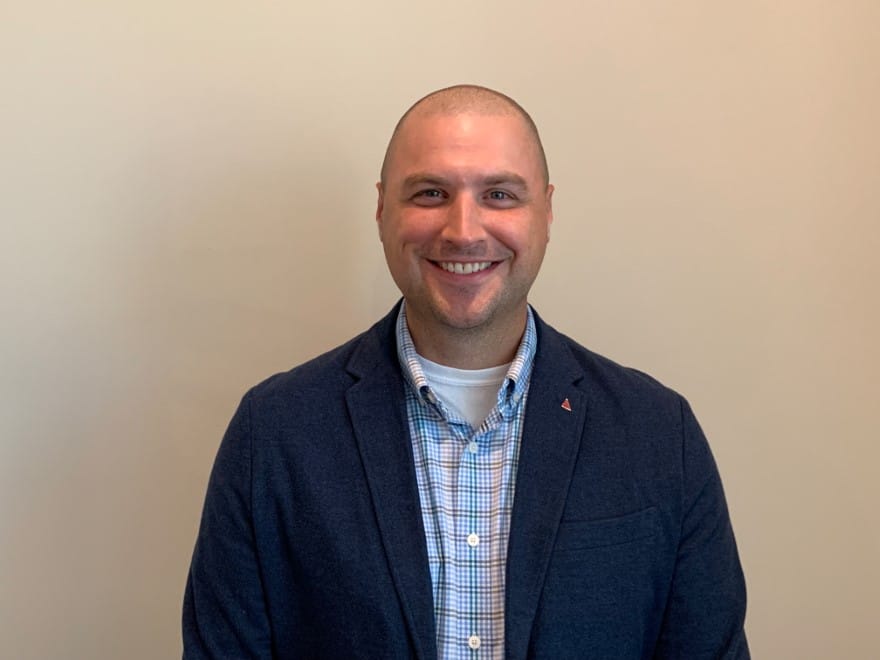 He’s got a receptive constituency. The Raleigh-Durham area is also known as the Research Triangle—a cluster of high tech companies and home to 12 colleges and universities including Duke, the University of North Carolina and North Carolina State.

“I’m always interested in being innovative and solving problems with a tech-centric focus,” Ralph says. “I’m a technologist at heart but also get tremendous satisfaction in finding unique ways to enhance the quality of life for our constituents and internal customers.”

Ralph joined Morrisville’s town government almost three years ago after serving seven years as IT operations manager in Holly Springs, a town just south of Morrisville. When arriving in Morrisville, Ralph knew its IT infrastructure needed upgrading, and that was a catalyst for adding smart city technology as part of the improvements.

The smart city movement incorporates the Internet of Things and fields of study at institutes such as those at Carnegie Mellon University and the technical professional organization IEEE.

Examples of smart city technology include New York’s use of HunchLab’s software to analyze historical crime data, terrain modeling and other information to predict and respond to crime.

In Fresno, California, the city uses a CitiStat model that collects and shares data on traffic patterns to improve transportation. In LaGrange, Georgia, which is similar in size to Morrisville, the city offers free internet access to its citizens via cable TV and has a smart grid system for its broadband network. 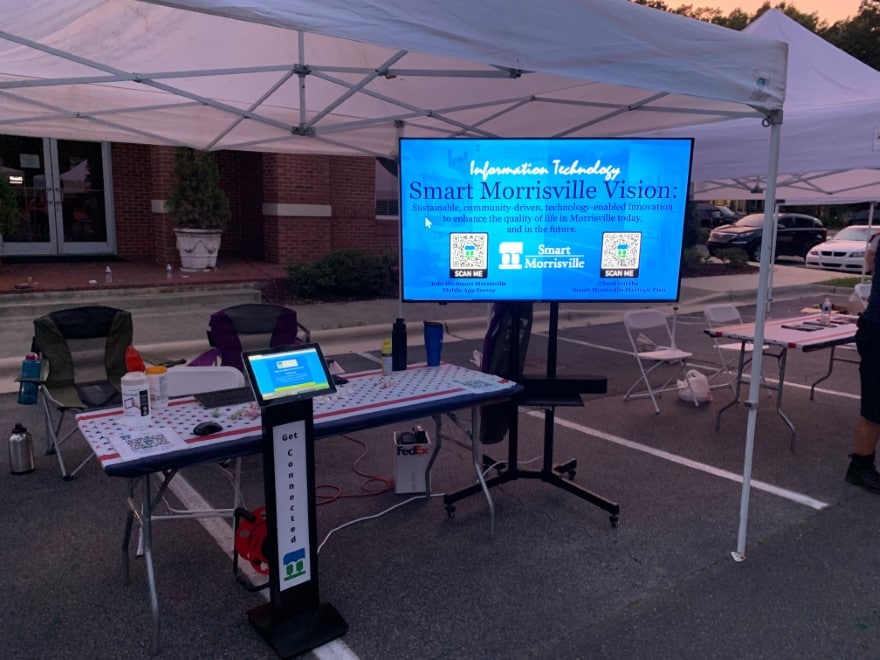 In 2019, Morrisville created its own strategy in a partnership with International Data Corp, calling it Smart Morrisville. Ralph was involved in the planning initiative along with his staff of eight, town councilors, residents and other department leaders.

“We didn’t want to replicate other cities. We needed to tailor the plan and initiatives to the town,” Ralph says. “A big driver of our smart city focus is our location in the Research Triangle and the support we receive from our tech-savvy residents. There is an expectation of innovation among our community.”

Traffic, for instance, was already a focus—the town is launching an on-demand shuttle service in October that enables residents to schedule pick-ups and drop-offs with their computers or smartphones. As part of the Smart Morrisville initiatives, though, Morrisville is augmenting the service with pilot projects that include using sensors to monitor traffic in “smart corridors.”

The data can be used to set timing for traffic signals, help with transportation planning, improve pedestrian crossing zones and evaluate the success of piloted technology solutions within the smart corridors. The system can also alert drivers to the changing conditions and congestion, Ralph adds.

How high is the water?

Before sensors were installed below its eight athletic fields (and flood sensors on the creek), Ralph says Morrisville Public Works employees would drive to the park after storms to decide if fields were too wet for use.

Not only do the sensors detect when fields can’t be used, they’re linked to park gates that automatically close and digital signage at the park entrance that display field status. Residents can also get automatic messages about flooding and field closures. 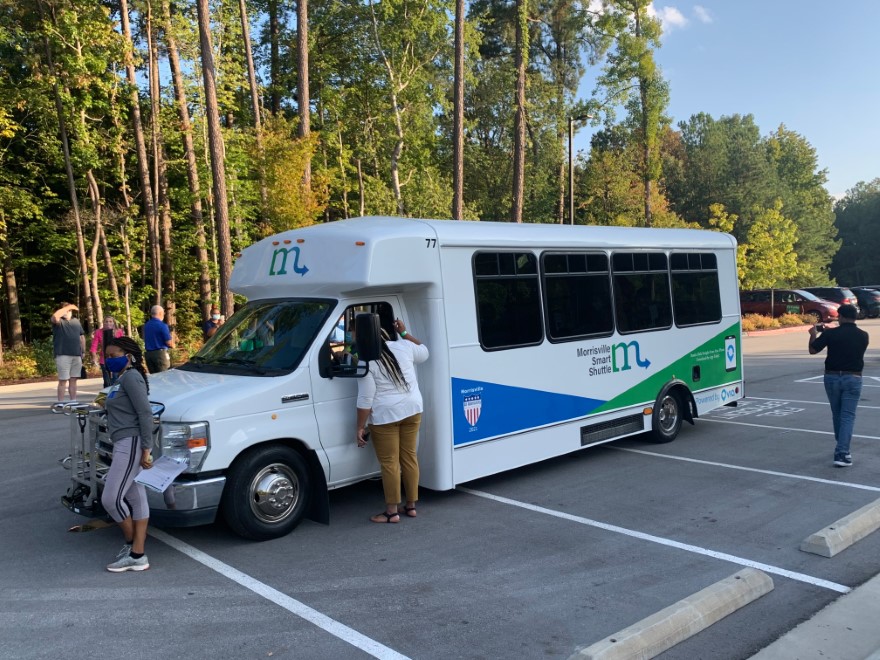 Information on the Cedar Fork District Park field conditions, and the availability of municipal tennis courts, are now visible on a recently released digital dashboard. The dashboard, powered by Varidx, also displays daily temperature, precipitation data, and will be expanded to  include data on other amenities throughout town as additional sensors are installed.

“Moisture sensors have been around for a long time, but finding a way to creatively utilize them to solve a problem in our town is what excites and drives me,” Ralph says.

Morrisville is also adding sensors to outdoor trash receptacles, which will alert the Public Works department when the cans fill, eliminating any need to drive around and check on how full they are. That also means employees can do other, more productive tasks, and cut back on emissions from unneeded driving, he adds.

While he’s made a career of applying technology to municipal operations, Ralph had aspired to doing so in criminal justice. The Delaware native wanted to join the FBI and earned his bachelor’s in computer science from Philadelphia’s Temple University because it’s a degree recommended by the agency. He also has a minor in Russian.

However, Ralph eventually went to work in IT for the private sector before making the shift to public sector work in Holly Springs in 2012. 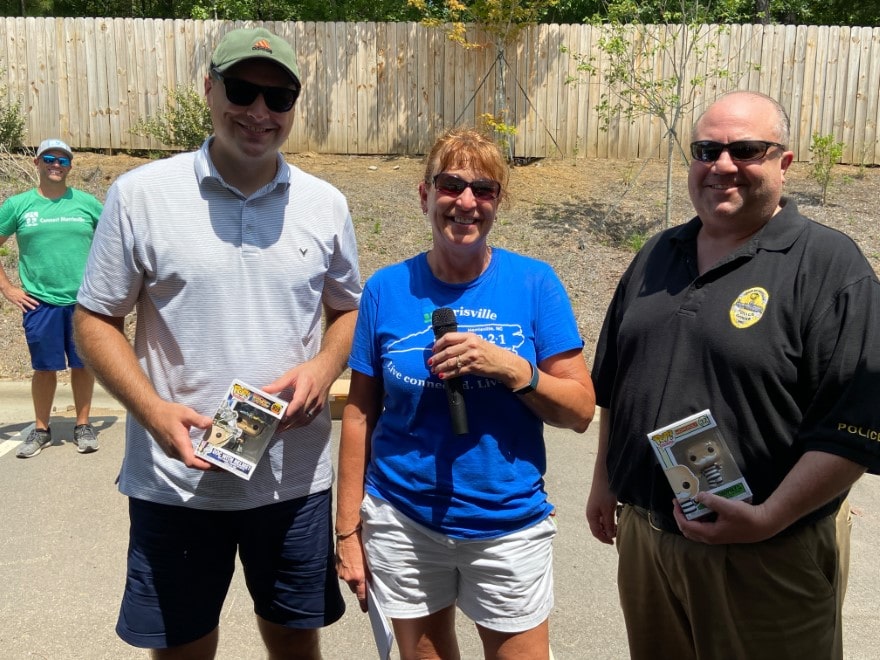 Ralph joined Morrisville’s government as it expanded the IT leadership role from a director to CIO. He’s grateful for the combined 115 years’ experience his staff has, and the widespread support from town officials and constituents.

“I love seeing creative solutions being deployed through engagement, collaboration, building trust and enhancing customer centric culture,” he says. “It helps us approach these problems in ways they weren’t dealt with in the past.” 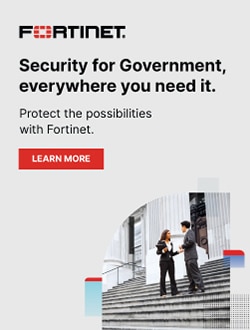 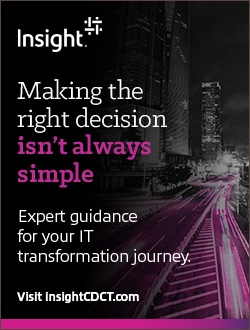