Every business owner dreads the permitting process. Depending on the space’s size and location, dozens of documents and licenses might be required. Fire safety, air and water pollution control, sales tax paperwork, health department checks: It’s enough red tape to mummify the building (that’s a code violation, by the way).

In Reno, Nevada, all you need is a mobile phone and working thumbs. Introduced in 2017, the city’s business licensing app shows users exactly which permits they need to secure, and even lets them schedule inspection appointments. 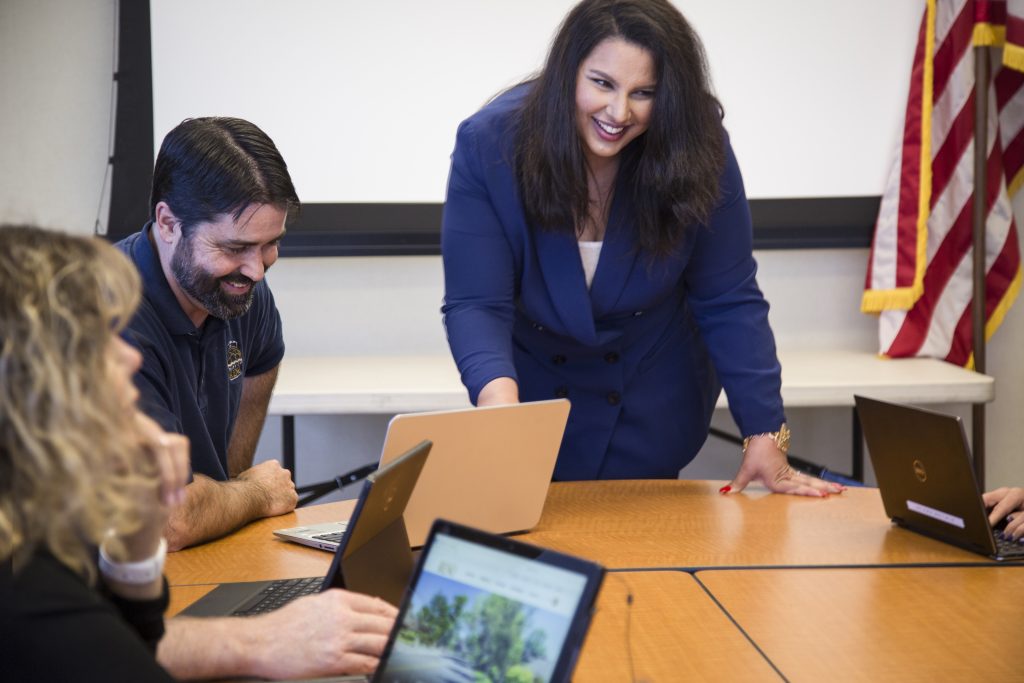 As a result, a process that once took months now requires just a few weeks—and far fewer headaches.

“In the past, people would have to call in permit by permit,” explains Rishma Khimji, assistant director of information technology for the City of Reno. “It was incredibly time-consuming. This new app has made it so much easier for developers and small businesses.”

For one of the country’s fastest-growing cities—its population has nearly doubled since 1990, earning it the nickname “Biggest Little City in the World”—that kind of business-friendly innovation is welcome development indeed. According to Khimji, however, the app represents just one piece of Reno’s fast-expanding I.T. offerings.

Of course, such growth can come at a cost. During the Great Recession, Reno’s booming housing market began to falter. Foreclosures skyrocketed. City services scaled back. Once a standalone function, IT took a backseat to other, more customer-facing departments.

But while things had improved somewhat when Khimji arrived in early 2016, she realized that a more proactive IT department was possible. 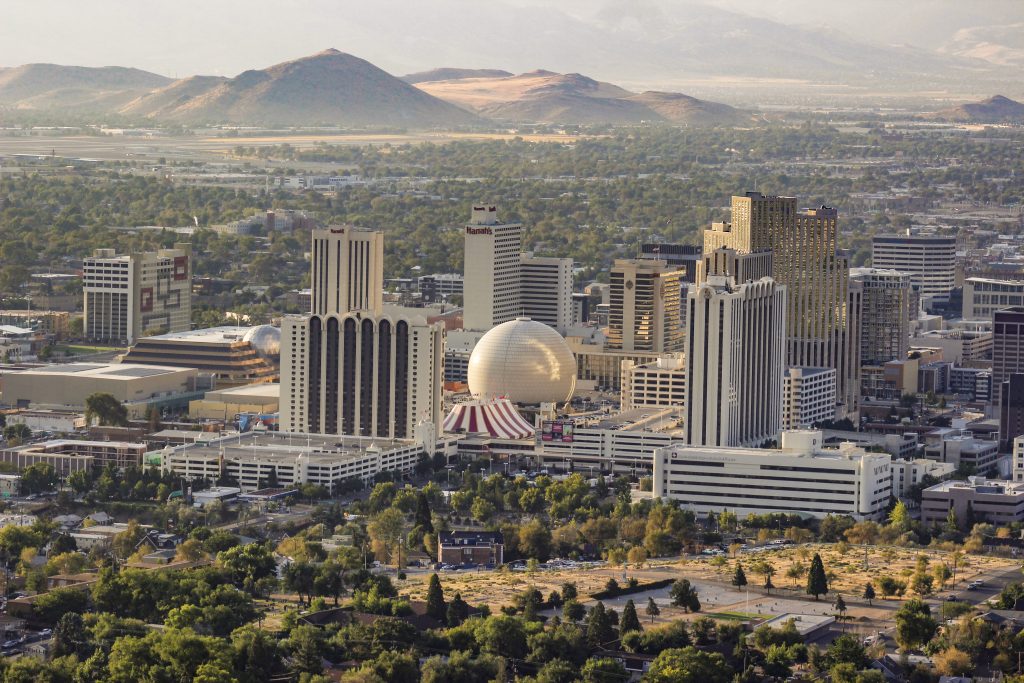 “Our goal is to ensure we’re able to grow alongside other departments, to make life easier for them as well as our citizens,” Khimji explains. “In order to do that, we needed a better network foundation and server infrastructure to work on.”

The first step was to overhaul Reno’s network backbone, replacing miles of coax cable with leading-edge fiber capable of connecting 26 of the city’s most vital locations: fire stations, community centers and so on. Concurrently, the city has upgraded its server and VM environments to even more efficient technologies, improving both reliability and security.

The ongoing goal, Khimji says, is to help narrow the digital divide in a city with a wide socioeconomic spectrum; 18 percent of Reno’s population lives below the poverty line, about 4 percent higher than the national average.

“Even if people don’t have reliable internet at home, if the city itself has a good network, that helps level the playing field,” she says.

As the city’s network becomes more robust, Khimji and her colleagues are zeroing in on more granular upgrades.

For instance, a new documents management system allows city personnel to more easily file, scan, find and organize a bevy of governance and business documents. In the future, citizens will be able to access the underlying data itself—city budgets, tax information and more. It’s a measure Khimji says is designed to improve public transparency.

Seat at the table

When it comes to trust-building, however, Reno citizens aren’t the only ones Khimji has in mind. Relying on lessons learned during her five years as a tech expert for the Albuquerque Police Department, Khimji sought to make Reno’s IT department more responsive and collaborative.

“In the past, departments would hand us a new software package and say, ‘Make this work,’” Khimji recalls. “So we had to reassert ourselves as an integral part of the decision-making process. And that means reaching out and asking departments directly what their needs were.”

Khimji encouraged her staff to pursue supplemental IT training. She sent them to conferences, where they learned about the latest products and practices. More important still, she’s cultivated a culture of outreach: meeting with other directors, partnering with nearby cities and towns, attending departmental conferences—including those not directly tied to IT—and apprising community stakeholders of future technology initiatives.

Indeed, her team has plenty of plans in store, many of them aimed at making the city more business friendly. The aforementioned business licensing app, for example, has garnered rave reviews from both developers and department officials.

Going forward, one of Khimji’s most ambitious plans is to build out Reno’s open-data portal. Once complete, the platform will allow users to access information across the service spectrum, from parks and recreation schedules to police bulletins and resources for homeless citizens. 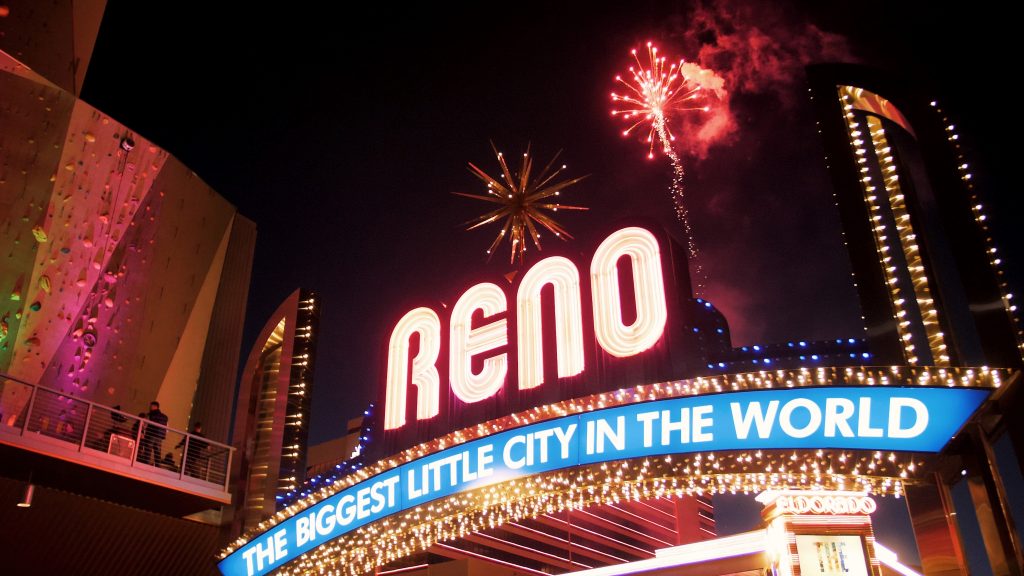 “A lot of our thinking revolves around this idea of how do we create better, more user-friendly dashboards,” Khimji explains. “It’s one thing to promote transparency, but if you want to get sustained engagement you have to have user-friendly platforms.”

As Reno continues its post-recession rebound, there’s been an emphasis on providing more transparency to businesses; all with the aim of creating what Khimji calls a “positive feedback loop” for city resources. The more quickly and easily a business gets off the ground, the more revenue is generated for the city. That creates a bigger budget for all departments—including IT.

“We feel like we have the framework to really do some innovative things going forward,” Khimji says. “Reno has a lot going for it, and we want IT to be a reason people love the city.” 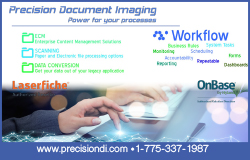