Making technology better for all

In one classroom, students have traded pens and notebooks for the latest tablets and laptops, opening a new world of learning—one where online content is easily updated and lessons can be learned at home.

Just across town, students share devices that are outdated and sparse. When the final bell rings, the devices remain in school, making it difficult for some students to complete assignments—especially if they don’t have internet at home. 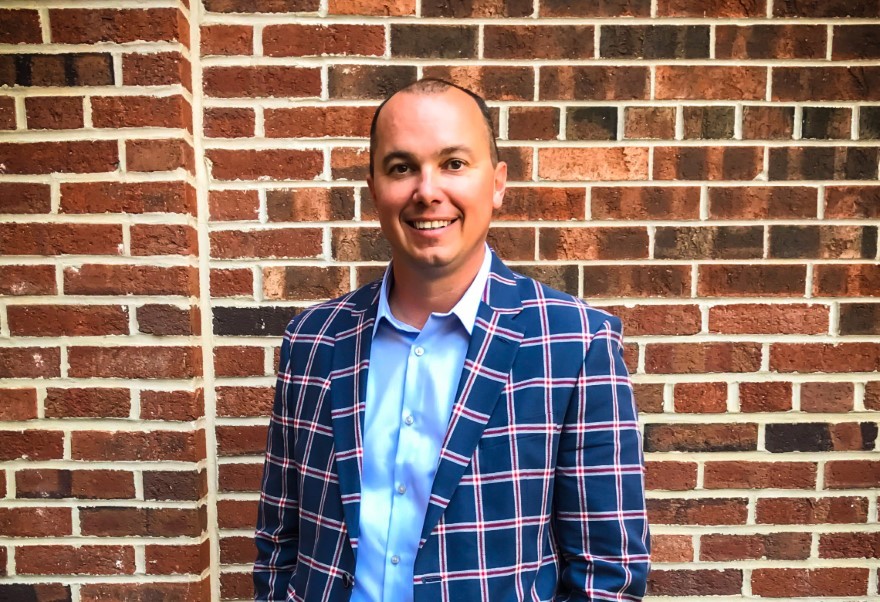 Rob Dickson has worked through these scenarios before, and he’s doing it again as chief information officer for Wichita Public Schools in Kansas.

To be sure, Dickson knows the technology. But it’s equity—just as much as access—that looms large as he leads a full-on digital transformation in the district’s classrooms and offices.

“We’re taking a very close look at the classroom and changing how we communicate, collaborate and think about the spaces where we work,” Dickson says. “If I can start implementing technology into the environment, I can change how we deliver content.”

There are more than 50,000 students enrolled in WPS, and another 9,000 teachers and staff. As Dickson explains, the district’s technology wasn’t just aging; it was being distributed inequitably, as individual schools sought their own grants to fund the acquisition devices and software.

But while the solutions Dickson has proposed are well-known, the buy-in has been encouraging.

“It’s going well. I’m kind of replicating some of the things I did in Omaha over the last five years,” says Dickson, referring to his previous stint as executive director of IMS at Omaha Public Schools from 2014 to 2019. “And there is great leadership here as there was in Omaha that want to make things great for kids.”

Over the next four years, Wichita students from grades 4-12 will be getting new devices as the district implements a 1-to-1 program, created by Dickson and a group of stakeholders that includes parents and teachers. To start, K-3 students will receive the district’s existing devices (four years old or less).

The new devices and software are expected to cost between $17 and $19 million.

According to Dickson, the initiative is hardly one-size-fits-all.

Instead, individual schools can choose from two levels of laptops or desktops (or tablets with touch screens), giving teachers options to meet their own unique curricula. For instance, Dickson says the more sophisticated laptops and desktops will enable students to play and design esports programs from elementary all the way through high school. 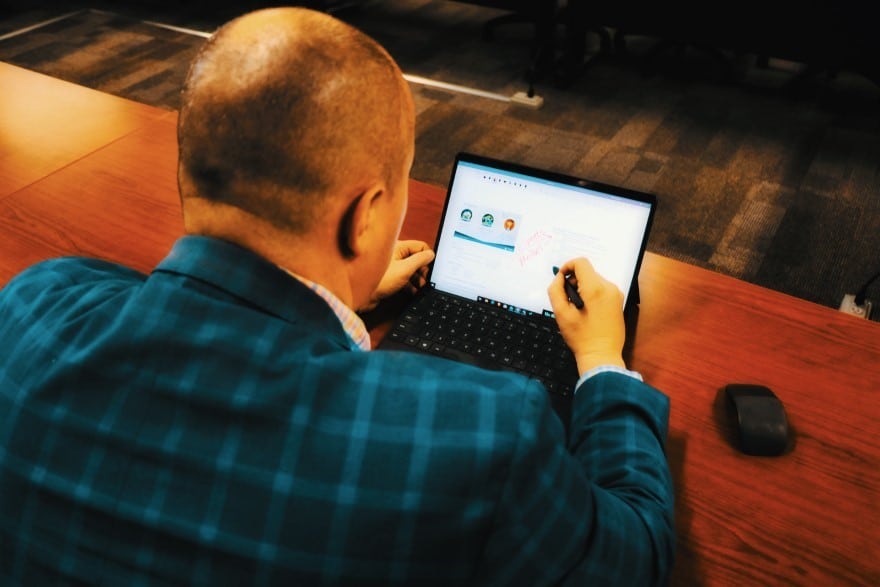 In addition, digital content will be installed in phases to meet Wichita’s standard of an annually rotating curriculum.

That support for the 1-to-1 program and managed choice for devices is very high and reflects what is happening outside school, Dickson says.

“We’re in a society where technology leads to constant changes and people are just used to that,” he adds. “Think about all the platforms on your phone you can adopt without any need for professional assistance or development.”

Reaching to the cloud

Behind the scenes, Dickson is transforming the district’s administrative operations by taking them to the Microsoft 365 cloud. Once complete, the integration—which will require a phased process—will use Microsoft Azure to gather and mine district data to better guide its policies and objectives.

In the first phase, school district demographic data will be added to the cloud. Next, information related to student grades, assessments, behavior and discipline issues, and learning results that can be used for real time applications will be included. 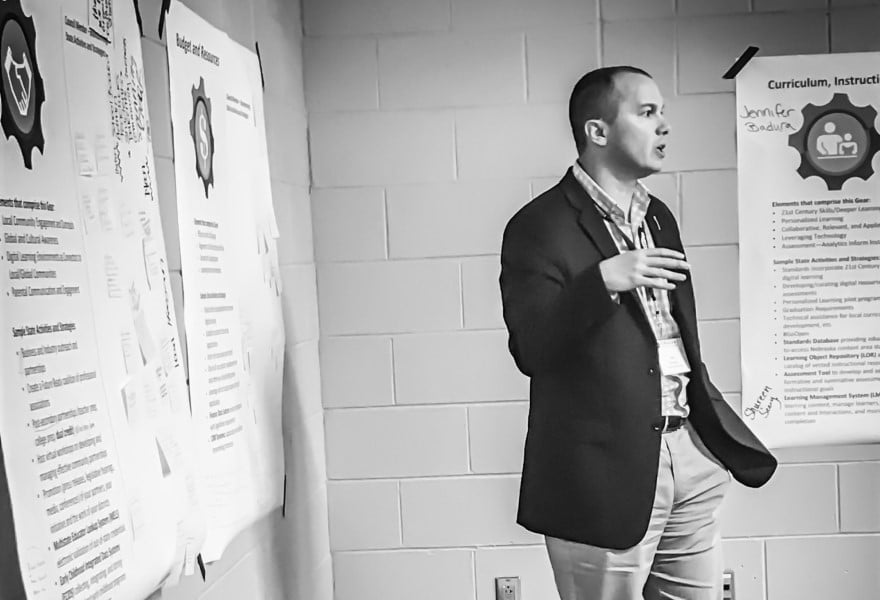 That data migration is well underway. In the fall of 2019, the district shifted 56 terabytes of emails to the cloud, passing its first security test in the process. To protect the system and check for potential gaps, Dickson is using ConvergeOne to conduct monthly tests. All vendors must sign data protection agreements, while any new software or platform is tested for security by the district before going online.

“We’ve used them to give us a lens on our environment,” Dickson explains “It’s extremely helpful because sometimes you get stuck in details and don’t pay to attention to everything as well as you could.”

Just as important as the tools themselves, however, is making sure the staff knows how to use them.

“The challenge we have as educators is that our workforce has the widest age range we’ve ever seen,” he says. “So we have to make sure the student coming in is getting as engaging an experience as they can.”

Ever since his days as a network specialist in the U.S. Air Force, Dickson—who has spent most of his professional life in Kansas and Nebraska—has been attuned to tech changes and integration. After leaving the Air Force in 1999, he joined the Andover, Kansas, public school system as a network engineer and eventually became its director of technology. 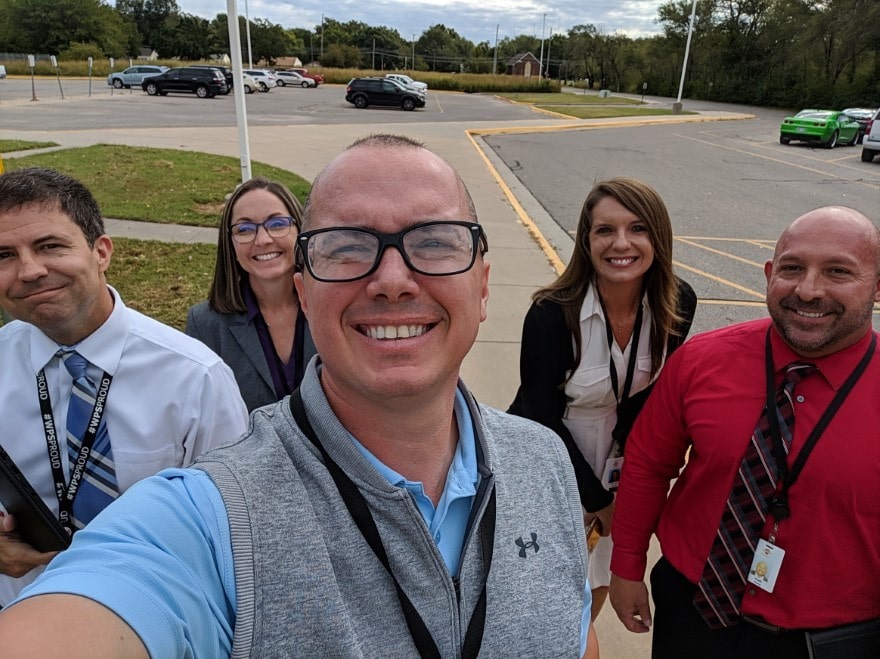 In 2014, he followed Andover School Superintendent Mark Evans to Omaha, Nebraska, where Evans had been named superintendent. There, Dickson addressed the same tech and equity issues he’s found in Wichita while helping create the system’s first virtual school.

A married father of two—one of whom is about to graduate from WPS—Dickson says the role tech has played in their educations also reinforces his desire to ensure accessibility and equity for all students—no matter their means.

“It’s just making the connections,” he says. “Anytime you make this amount of change, you are going to create relationships with your peers. I still have relationships from all the places I’ve been.”