In 2012, Walmart started building its first ever Data CAFÉ for its Sam’s Club subsidiary. Located inside of the company’s Bentonville, Arkansas, headquarters, the CAFÉ wouldn’t be a place for a cup of java so much as Java, the programming language. Equipped with world-class visualization and analytics software, it was designed to serve as an executive nerve center.

To make the project happen, Walmart needed an expert in big data information management—someone to help figure out how to collect, interpret and ultimately use all of the data it collected. They hired Robert J. Abate, a certified data intelligence professional (CDIP), a certified data management professional (CDMP) and a consultant who’d been helping businesses at home and abroad make smarter decisions. 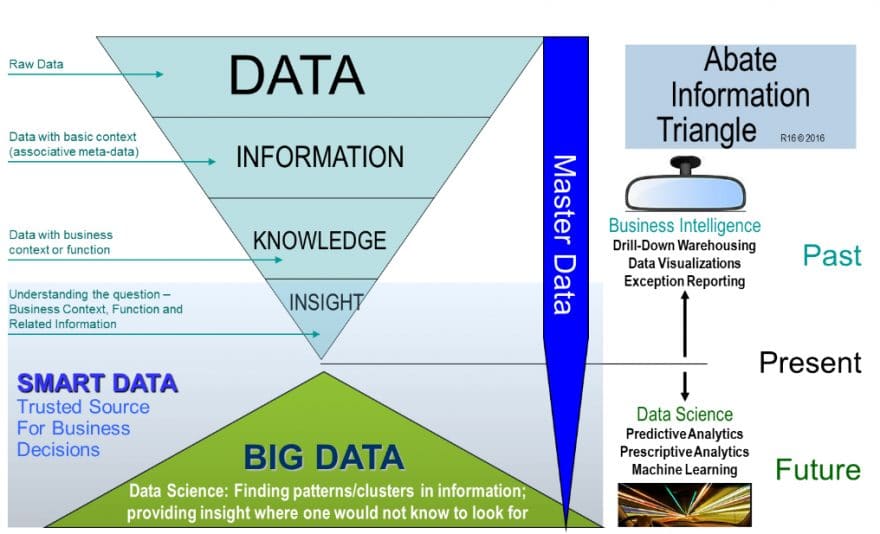 “No matter what industry you’re in, integrating big data is going to be a challenge,” he says. “You need a solution that brings together all of this information, from business intelligence and queries to exception reports to advanced analytics, some of it executives have never heard of before.”

Abate had been among the first to publish on now-important topics like service oriented architectures back in 1996. Nevertheless, working as Director of Enterprise Information Architecture for the data CAFÉ was a career landmark.

“No matter what industry you’re in, integrating big data is going to be a challenge.”

And all indications point to it being a landmark for Walmart and the U.S. as well. The CAFÉ, which stands for Collaborative Analytics Facility for the Enterprise, is a room wallpapered in screens displaying data on sales, financials, store traffic and market shares, as well as social media updates, weather conditions, a local event tracker, real-time news and more.

The CAFÉ will also be home to the world’s largest private cloud, capable of processing 2.5 petabytes per hour. Its system is so powerful that Abate, who finished his work on the project in 2014, says he gets questions from analysts working for the federal government.

The pharmacist is in (or not)

The new center lets analysts make changes in real time rather than waiting weeks or months to comb through sales reports. With a business as prominent as Walmart, an hour can translate to millions of dollars.

Case in point: Abate and a team of data scientists and architects noticed that sales in Walmart stores across the country were down between 1 p.m. and 2 p.m.

To find the answer, analysts looked at sales figures in dozens of configurations—by location, payment type, even season. It wasn’t until they looked at data for each individual register that they noticed the drop in sales primarily affected registers in pharmacy sections. 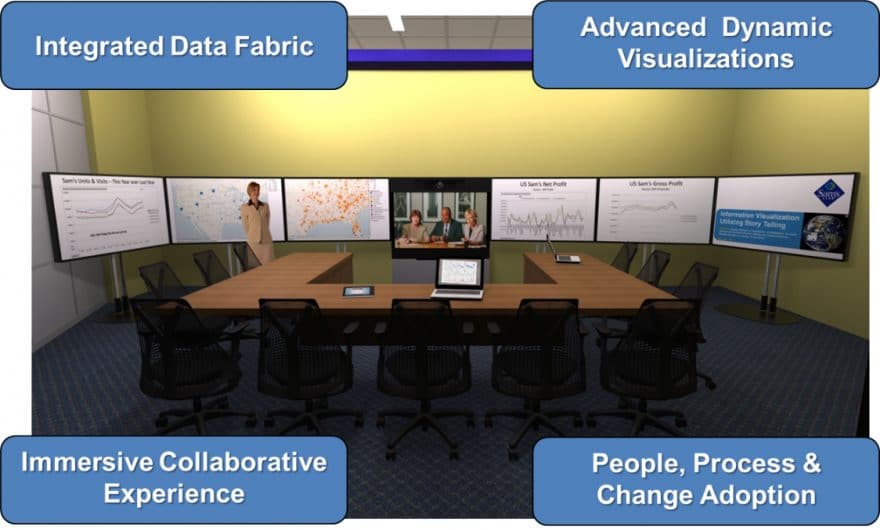 When they sent someone to investigate, the answer was simple. The pharmacists took a lunch breaks between 1 p.m. and 2 p.m. and so the pharmacy, including its register, closed. Nobody realized the impact of that downtime, particularly that it conditioned customers to avoid the store during lunchtime, hurting sales across all departments. In response, Walmart found a new lunch time arrangement for pharmacists that allowed their department to stay open.

Similar examples abound. On Black Friday, the data CAFÉ reported sales trends from East Coast stores so that they were optimally stocked on the West Coast before customers even arrived. On Halloween, analysts notified select stores around the country that they’d forgotten to stock a novelty cookie that sold particularly well during the holiday.

In each case, analytics let the company act on information immediately after learning about it. Paraphrasing a former colleague, Abate adds, “Right after an event occurs, the value of data is the highest. As time goes on the value drops. If it takes too long to turn data into action, there’s no value at all.”

Not what you have, but how you use it

He adds that the powerful computers and sophisticated displays aren’t the source of good data analysis, but help analysts “get from data chaos to predictive analytics the fastest way possible.”

Of the many systems Abate has reviewed, raw data is rarely the problem. On the flip side, collecting raw data is almost never the solution. “You have to know how to describe the data, how to turn it from data, to information, to knowledge, to wisdom,” he says.

An example of data: the number 27. Without any context it’s meaningless. It only becomes valuable information when it’s clear the number refers to 27 Chinese restaurants. 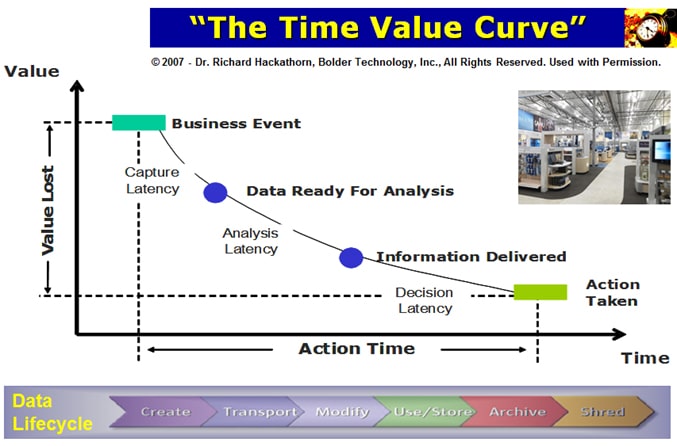 But the end goal is insight, not just clarity. In this case “insight” demonstrates an understanding of a client’s question. If the client is a family in Georgia looking for a place to eat, then the data needs to be refined to 27 Chinese restaurants within 5 miles of Atlanta, Georgia, that are all five-star Zagat-rated. This string of information is infinitely more useful than just “27.”

For Abate, there’s little separation between good business and good analytics. To leverage data, he says he must understand a business’ architecture—its products, partners, suppliers and models. That’s why, when working with a new client, his first step is creating a one page diagram incorporating those elements. In 2001, Abate formalized this idea when he published the Abate Information Triangle, a diagram showing how information is integrated into businesses.

Abate has recently been thinking about the concept of integration while consulting for Innit, a software company that will connect food information to smart appliances like Wi-Fi-enabled ovens and refrigerators to help people manage food, suggest recipes and provide expert cooking programs that run automatically on the devices.

Abate says Innit is building a unique data service that is designed to connect food information across multiple players in the ecosystem to unlock new capabilities. In time, it will connect a host of products and systems used by companies across the entire food supply chain—farmers, brands, retail—and make that information available to empower consumers.

And it’s not just food, Abate says. “A lot of sectors are going to start connecting different players in their industry through the huge opportunity created by analytics and automation.”