At The School District of University City, entrepreneurial middle schoolers have built apps to tackle issues around foster care, stress release and healthy eating—then presented them in biz expo-like fashion via tablets to discerning judges.

High school coders, for their part, have reimagined St. Louis’ famed gateway arch: What if it were made from copper instead of stainless steel—or if it were a completely different shape? Say a pillar or an inverted S? 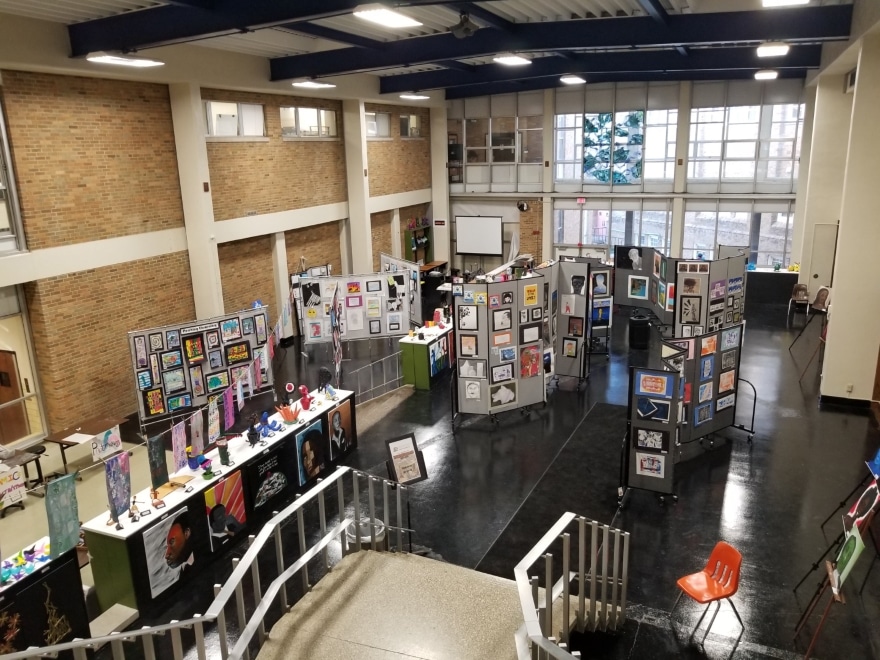 And the district’s robotics team? Its members designed, built and tested a prototype for a multi-directional robot; equipped with a self-powered hook, it could lift itself a foot into the air (call it the equivalent of a robot pull-up).

“They’re doing more in the areas of creating, making and designing with technology, as opposed to just consuming it,” says Robert Dillon, the school system’s director of innovative learning. “There’s a real effort to turn learning—especially with technology—into an experience and not just something that’s delivered to kids.”

Based just outside of St. Louis, Missouri, The School District of University City is dedicated to producing students who are both tech-savvy and socially conscious.

As Dillon notes, this begins and ends with universal access to the internet. The district has partnered with Sprint and T-Mobile to provide more than 1,000 mobile hot spots so that every one of its roughly 2,800 K through 12 students has home internet access.

“We want to do everything we can to wrap resources around our families,” Dillon says.

Likewise, through a partnership with Trinity3 Technology, the school system is 1:1 with Chromebooks for grades 6 through 12 and 2:1 across its elementary schools—the latter are all equipped with several carts of Chromebooks, according to Dillon. Each of these Chromebooks have Trinity3’s Platinum warranty to “ensure maximum instructional uptime,” according to Eric Ogden, director of marketing for the St. Paul, Minnesota-based provider of personal systems, warranty and financial services, and enterprise products for the K-12 market. 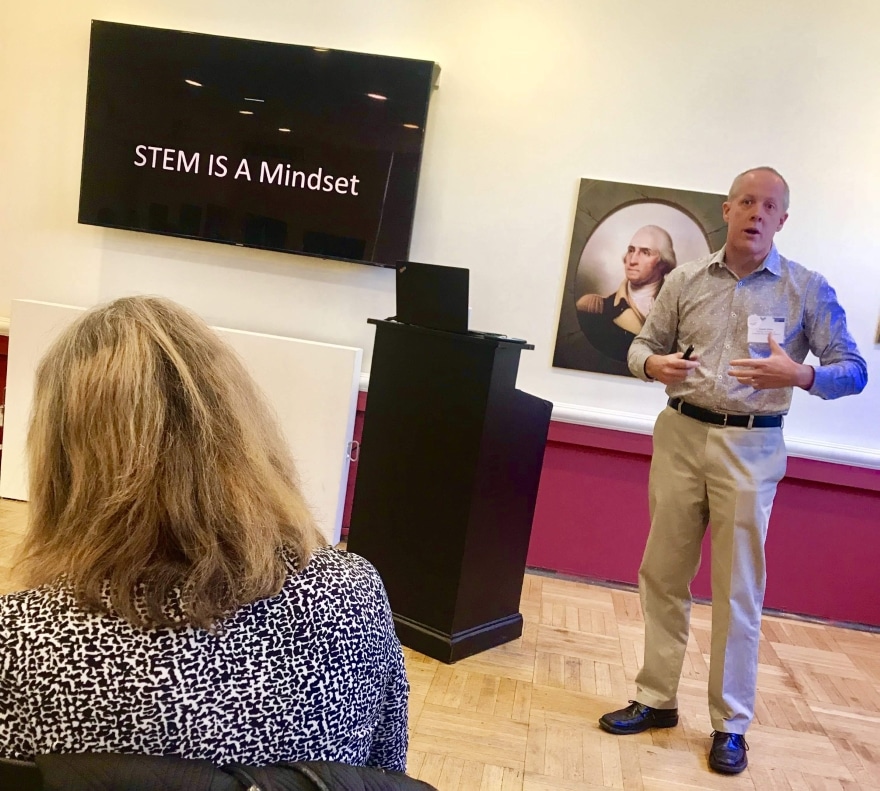 Together, the hotspot and device initiatives have moved them away from being “device rich and broadband poor,” Dillon explains—as was the case when he joined the district three years ago. Through an initiative known as Launch—a collaboration with dozens of other Missouri school districts—University City students also have flexibility in the environment in which they learn.

More than 80 courses are offered via the website Fueledbylaunch.com, from AP calculus to astronomy to Japanese. As Dillon explains, this allows students to augment their existing schedules, replace a standard classroom experience for an online course, or accommodate other extenuating circumstances or special needs.

“More high school and middle school students than ever are taking some part of their course work online,” he says. “It’s our responsibility to teach kids how to be successful in that space.”

All told, he notes the district’s dedication to three pillars: “humanizing” the learning experience by bringing each students’ academic and emotional needs “into sync”; providing personalized learning; and tackling real-world problems. He acknowledges that nearly every district these days is talking about personalized learning, so the idea can sound trite.

Meanwhile, the notion of “problematized learning” fits well with the local diverse culture. “We want to build out advocates of change, kids that are socially-conscious, kids that feel like speaking truth to power,” Dillon says.

For example, students have been involved with projects around planting community gardens to feed local refugee families, recycling and reuse efforts, book drives, and supply drives for victims of natural disasters such as Hurricane Maria, which hit Puerto Rico and the U.S. Virgin Islands in October 2017.

They have also readily addressed more controversial issues. To represent the U.S. gender wage gap, for instance, students held a bake sale with goods labeled differently depending on whether the buyer was male or female. Others authored and disseminated pamphlets titled, “What we wish our white teachers knew.”

“This is a really rich and diverse place when it comes to ideas and thought,” Dillon says, pointing to University City’s vibrant downtown, arts scene, and the nearby Washington University in St. Louis. “There just aren’t that many places in the country that have all of those pieces of the puzzle working for them. We want to get all of those pieces working for kids, as well.”

Leadership with a social mission

Since joining The School District of University City, Dillon has focused on making the school system as tech-forward as possible to facilitate growth for both students and faculty.

One of his first orders of business: rebuilding trust around technology—particularly on the teacher side of things. As he explains it, when he came in, the district was “device heavy but inspiration light.”

When tech systems aren’t regularly fostered or upgraded, they can quickly “decay” and get away from educators, he notes. Today, his team works with a sense of urgency to ensure systems are running and dependable.

He also strives to ensure that teachers remain “technology fluent” by supporting their creative ideas and staying up-to-date with capabilities around coding, robotics, video and podcast production. He and his team are exploring ways to implement augmented and virtual reality, as well—as an example, he points to immersive platforms that allow students to hone their presentation and interviewing skills.

A first-generation college student, Dillon has worked in the St. Louis area public education system for 23 years, starting out as a high school English teacher and middle school principal.

Long intrigued by technology and its implications he began to take note of inefficient and slow processes and realized that many could be improved through technology.

“There’s a deep social justice mission in my work,” he adds. “We’re not chasing test scores, we’re getting all the systems in place and the conditions right to allow for modern learning to take place.”