IT as a cornerstone of academic excellence

Having guiding principles is key to achieving goals—and Robert Heinrich follows an established, tried-and-true set of them. On a daily basis, the chief information officer at Stockton University stresses what he says are the four crucial values: service excellence, reliability, innovation and security.

Those values become ever more essential with each passing day, he says, as technology becomes increasingly integral to the Galloway, New Jersey, college, and as the school increases its enrollment and strengthens its retention rates.

“The four core values are based on our mission, our objectives and the ways we are supporting the institution,” says Heinrich, a two-time Stockton alum himself. 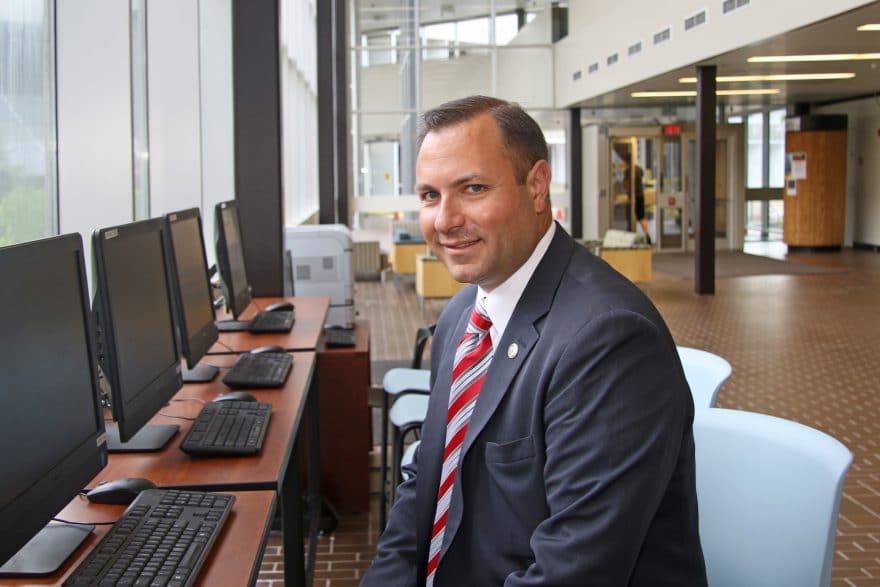 Heinrich’s department is fulfilling those values through numerous initiatives.

First, Stockton has been making the shift to cloud-based services for its learning management system, disaster recovery backup and archives, website and enterprise email system. Heinrich says Stockton is also looking to replace its business intelligence reporting software. The IT department is also looking at ways to constantly augment—and emphasize the importance of—cybersecurity and risk mitigation across the campus.

The university has implemented data analytics to assist with various aspects of student recruitment and retention. Stockton is establishing data points and warning signs based on academic, financial and behavioral thresholds; the goal being to use those indicators to identify students who may be struggling and provide early intervention efforts.

Stockton also recently developed virtualized desktop infrastructure (VDI) and electronic classroom upgrades with the assistance of a $1.5 million state bond. This allows students, faculty and staff to remotely—and securely—access computing resources from their own devices without requiring specific software downloads or licenses.

All told, “it’s important for the administration to embrace the importance of IT,” says Heinrich. “It’s not just to keep the lights on anymore. It’s a critical aspect of the institution.”

That emphasis on IT will continue as Stockton undergoes significant physical expansion.

As Heinrich explains, the college has a goal of not only increasing Stockton’s retention rates (currently in the 80th percentiles), but growing to 10,000 students by 2021—up from roughly 9,200 undergraduate and graduate students in the fall semester of 2017.

“We’re in a very aggressive building campaign within the university,” he says. 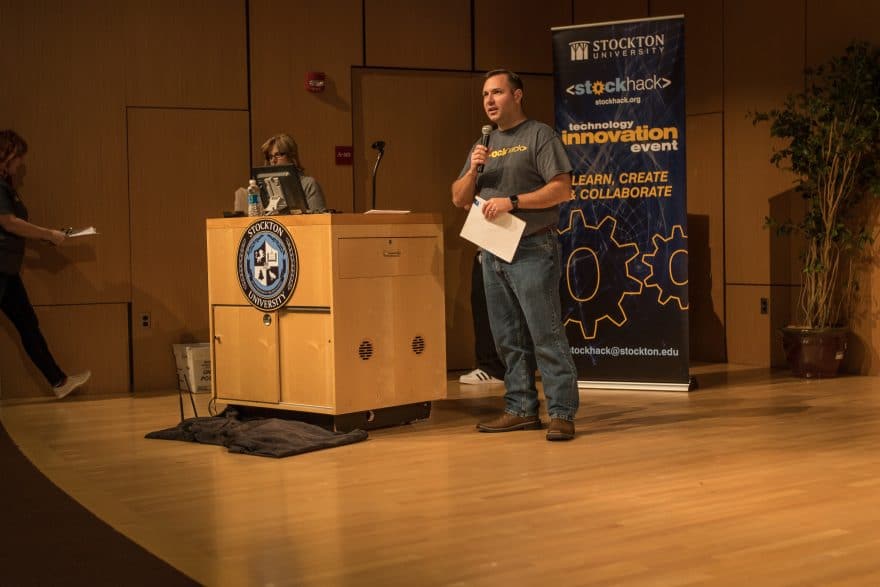 That includes a $57 million academic building project that will add a 56,000-square-foot Unified Science Center 2 and a 36,720-square-foot Health Sciences Center, as part of the new academic quad that, when open, will serve as the main campus entrance. Supported by funding from the state’s Building Our Futures Bond Act, the buildings are expected to open in 2018, and will help Stockton to prepare more students pursuing careers in science, technology, engineering and mathematics (STEM).

Beyond that, Stockton has teamed up with Atlantic City Development Corp (AC Devco) in a $178 million public-private partnership that will establish a campus in Atlantic City. The project has been highly-publicized and touted by, among others, Governor Chris Christie, who said it represents a significant “turning the corner” in revitalizing the city. Stockton was also designated by the state of New Jersey as an Anchor Institution, in recognition of Stockton’s impact on Atlantic City and the surrounding region.

At the intersection of Atlantic, Albany and Pacific avenues, the Atlantic City campus is set to include housing and a student center fronted on a boardwalk that will accommodate about 520 student beds; an academic building that will hold up to 1,800 students; an 879-space parking garage; and offices for South Jersey Industries, a natural gas company. Stockton plans to open the campus in fall 2018, starting with a group of approximately 1,000 students.

Heinrich and his department have been involved throughout the project, helping set up IT infrastructure such as voice and data networks, electronic access controls, building management systems, closed-circuit television systems, and audio and visual equipment that will support classrooms, computer labs and meeting spaces.

“We’re really preparing our students for the next generation,” says Heinrich. “At the same time, to get them here, we have to provide an environment that has strong reliability and that mirrors the comforts of home from a technology perspective.”

Dedicated to his alma mater

Heinrich began his professional career at Stockton 20 years ago as an undergraduate. While pursuing his Bachelor of Computer Science and Information Systems, he began working for the Department of Computer and Telecommunications Services. Hiring students is a common practice at the university located in Atlantic County—and one with many benefits, Heinrich notes.

“Students know the environment, our skill sets and constraints,” he says, “and we know them.” 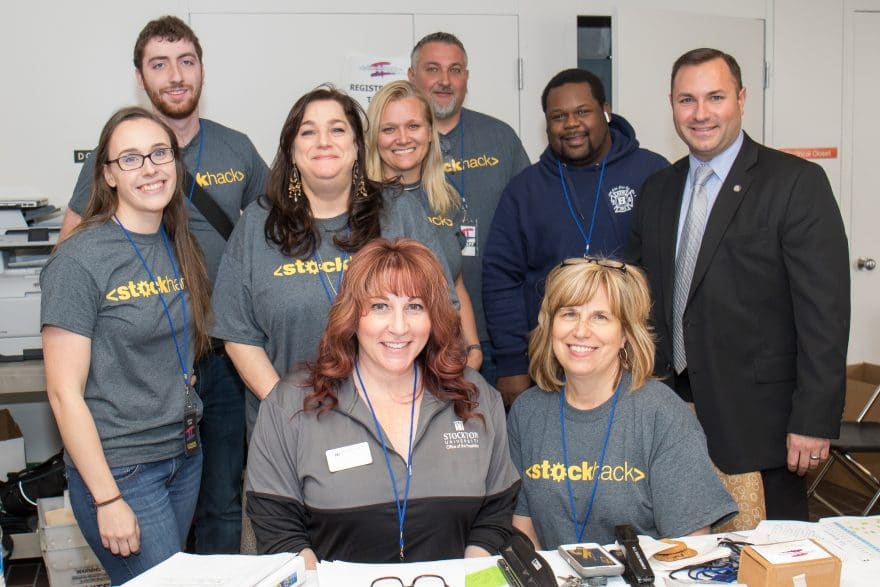 Upon graduation, he had every intention of leaving to pursue a career in the private sector, until an opportunity presented itself at Stockton. He stayed on to oversee academic computing initiatives, while working toward earning his bachelor’s degree and eventually an MBA. Today, he is studying for his Doctorate in Organizational Leadership—proudly noting that, upon completion, he’ll be the first student to have earned all three degrees from the college in its 46-year history.

Heinrich also teaches as an adjunct professor (one of his offerings was a course on cybersecurity for criminal justice students).

“It was the best decision I ever made,” he says of his career choice, although he concedes that, “never, 20 years ago, would I have thought I’d be in the position I’m in today.” 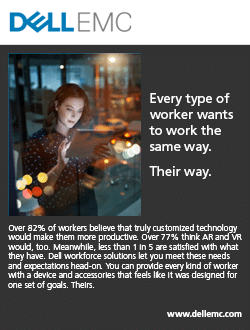