When the COVID-19 pandemic resulted in work from home mandates, for some employees, it was a blessing in disguise allowing them to spend more time with family and less money on gas. For the five people working in the information technology department for the Township of Franklin, New Jersey, it was a challenge they’d never faced.

“We had only a day and half to figure out a game plan, then deploy it so that the entire operation could go fully remote within a week,” recalls Robert McQueen, the director of information technology for the Franklin Township in Somerset County of the garden state. 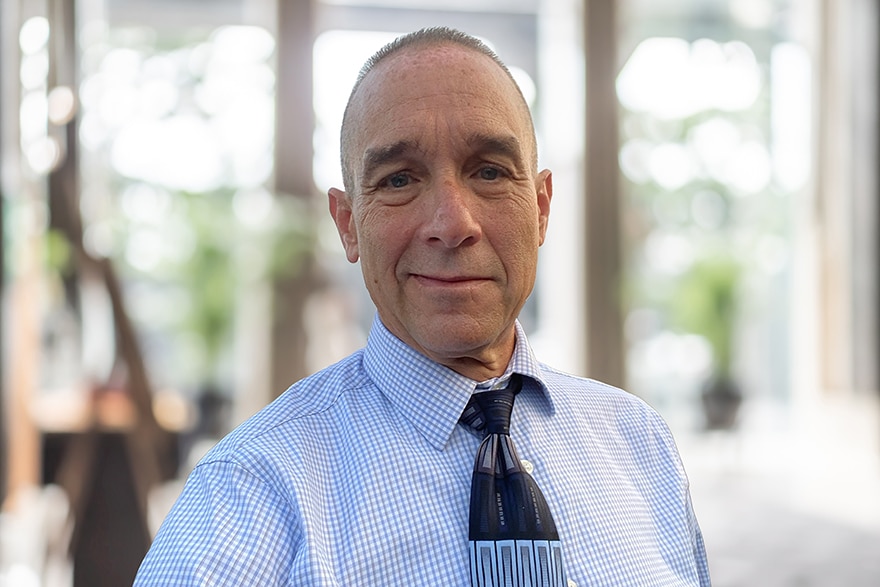 Time, however, was one of many obstacles. Most employees worked in the office and had desktops, McQueen says. Making matters worse, he only had seven available laptops for the 175 employees whose job could be done remotely.

Once he ordered laptops, he had to obtain more than a hundred licenses for employees to use a virtual private network that allowed them to connect to their office desktop from their home.

“It changed the way I thought about IT,” McQueen says. “I immediately switched from ordering desktops to laptops with docking stations so that all staff are fully functional in the office or at home.”

Eventually the state lifted its law prohibiting virtual meetings, and that meant McQueen needed to choose a platform. As president of the Government Management Information Systems, Leaders in Government Technology, McQueen sought the advice of members. Deciding that Zoom was far too great a security risk, he chose WebEx.

Working again with GMIS members and against difficult deadlines, McQueen and his colleagues spent less than a week training to understand the platform. Then, they developed an easy-to-learn training for all other Franklin township employees. 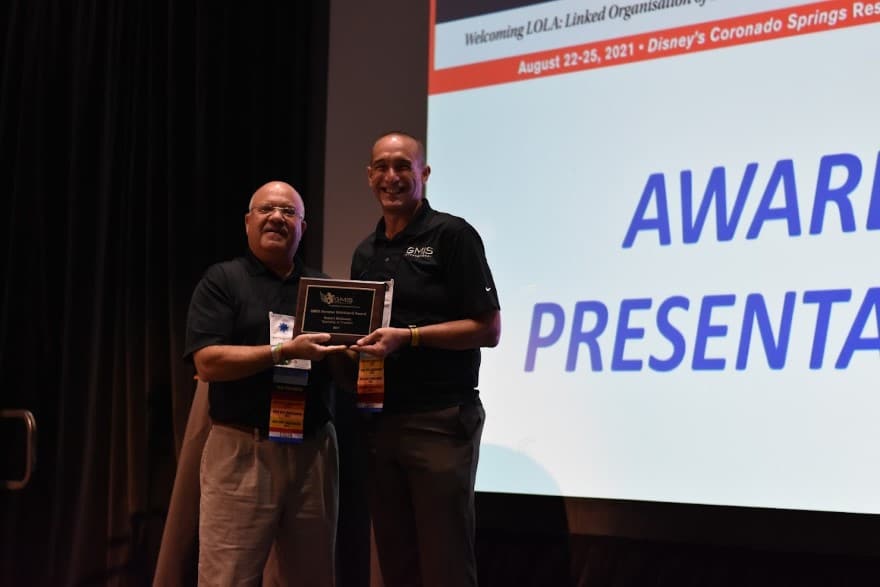 Once that was in place, McQueen and his colleagues returned to their pre-COVID responsibilities. The projects included purchasing smartboards for classrooms and running dark fiber from the municipal building to the Franklin Youth Center, which is slated to open in October 2021. That would bring free Wi-Fi to the two-floor building that houses classrooms, gyms, a game room and other facilities.

McQueen and his team took care of the center’s other IT needs, as well, from choosing five gaming systems and several televisions to explaining to contractors that a particular room needed four data jacks and not two.

“We want this to be a safe place and more than a gym for all Franklin youth,” McQueen says. “We’re particularly excited about outfitting the recording and filming studio so children have a taste of that before entering into our high school, which offers those programs. We want to be an arm of the education system, not separate.”

“The water utility is a major target for cyber-attacks. Since it’s part of an area’s infrastructure like a power grid, hackers can completely cripple towns and even entire states and demand ransom,” McQueen says. 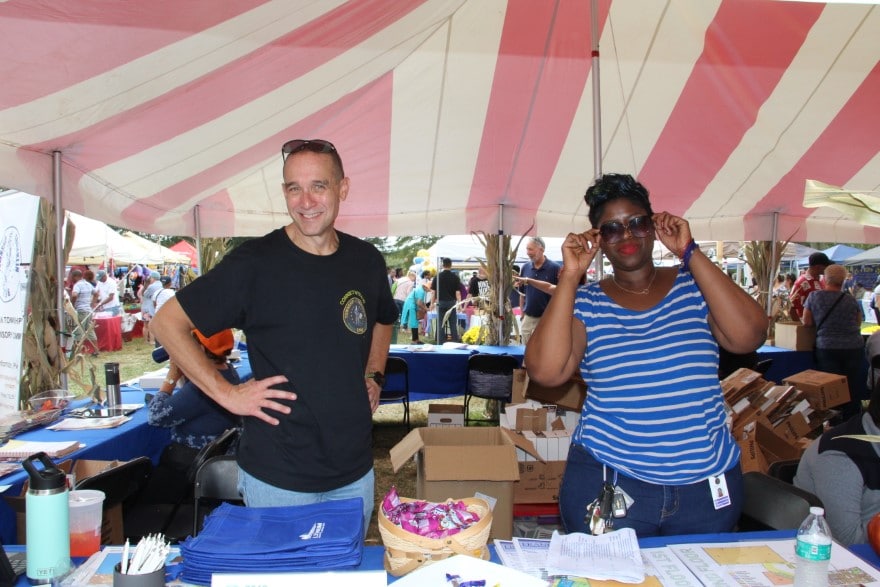 To defend against hackers, he and his colleagues are installing video surveillance so someone can continuously monitor each pump. They also installed card access locks to the water utility pump stations, as well as to office doors in the municipal building. The front doors, however, remain open to the public.

If any threat occurs within the building or any nearby ones—think a bomb, an armed person or fire or even a natural disaster—McQueen and his team can lock the doors remotely and secure the municipal building with a few taps of a keyboard.

From medical to computer technician

Although McQueen’s been working for New Jersey towns and townships almost since his first job as a communications and technology coordinator for Princeton township’s police department, his journey to information technology director has been unorthodox. 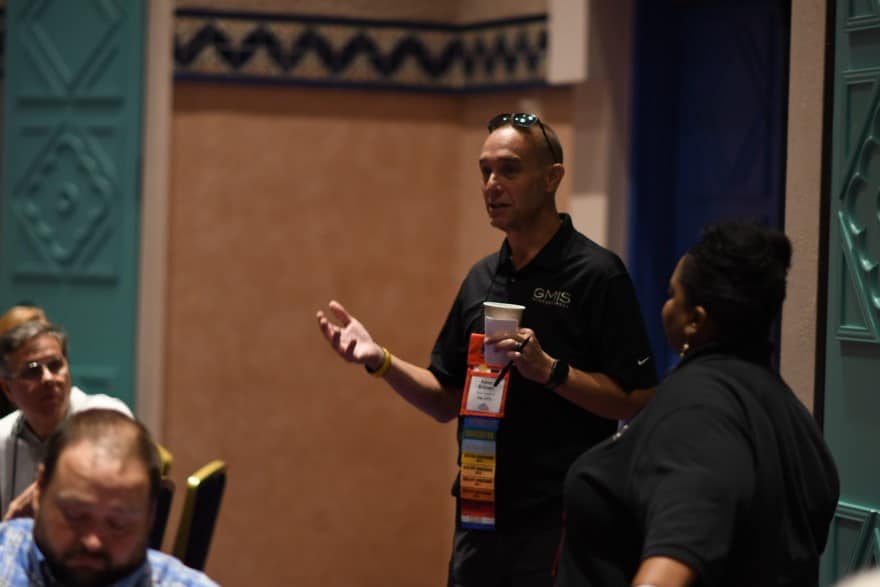 While volunteering as a medical technician, McQueen graduated from The Culinary Institute of America. Although he quickly rose from sous chef to owning a restaurant, the hours were brutal and chaotic, he says. He wanted to start a family—and he didn’t want to miss out on holidays with them while he was stuck in a kitchen cooking for strangers.

McQueen then worked with the town of Princeton for nearly 21 years.

“While I enjoy IT, I haven’t forgotten my other passions and still enjoy cooking for my family,” says McQueen, who in his free time still volunteers as an ambulance technician. 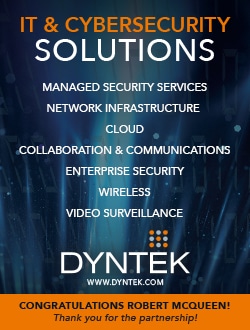