Route optimization is full speed ahead at Oak Harbor

The fact that Robert Rosales won’t be confined to a data center doesn’t necessarily set him apart from other infotech directors. But you won’t find many other IT bosses riding shotgun on a big rig.

Rosales has done that and more as the personable and hands-on director of infotech Oak Harbor Freight Lines in the western states for the past decade. Truckers, he explains, can be averse to new technology—a stubbornness shared by so many other tradespeople from the paper-centric generation. But they do adjust, and at a company like Oak Harbor, that’s essential.

For this is an operator that specializes in LTL, as in “less than a truckload” of pickups and deliveries through its 800 tractors and 2,400 trailers rolling into 37 terminals in Washington, Oregon, Idaho, California, Arizona, Nevada and, later this year, Utah, and a nationwide service through partnerships with other carriers. 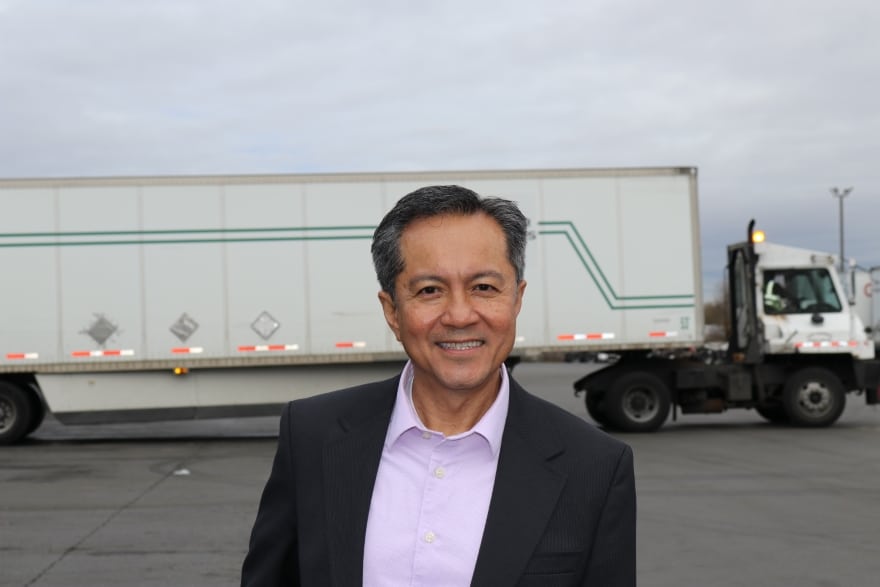 Only those trailers aren’t loaded with goods from just one company. Instead, an Oak Harbor trucker might pick up and deliver a few pallets a dozen or more times daily and how that raises the stakes for efficiency. The so-called “Amazon Effect” also has freight haulers under pressure for fast and reliable delivery with Rosales fashioning a techno-smart solution.

“It’s one of the more significant achievements we’ve done,” he tells Toggle in February from headquarters in Auburn, Washington. “I’m very proud of how we’ve automated what had been a labor-intensive process of creating deliveries and pickups.”

Toughening up through tech

Much credit, he explains, goes to a couple of technology companies. For all practical purposes the global freight business process specialist, DDC FPO—those last three letters short for “freight process outsourcing”—acts as an extension of Oak Harbor. It provides dedicated staff with services that include 24/7 electronic data interchange, billing, auditing and processing. Then there’s Panasonic whose hand-held devices enable route optimization.

Both companies proved their worth during the pandemic when demand for trucking soared while truckers and other help were in short supply.

“DDC FPO began helping us with EDI and billing services at a time when we could not find resources during the worst of COVID-19 in late 2020,” Rosales explains. “Billing and EDI are critical parts of Oak Harbor’s daily operations. We would be unable to move, rate and invoice without DDC getting our bills of lading entered and data processed. And without their EDI support, we would not have the ability to electronically send invoices or pick up shipments.” 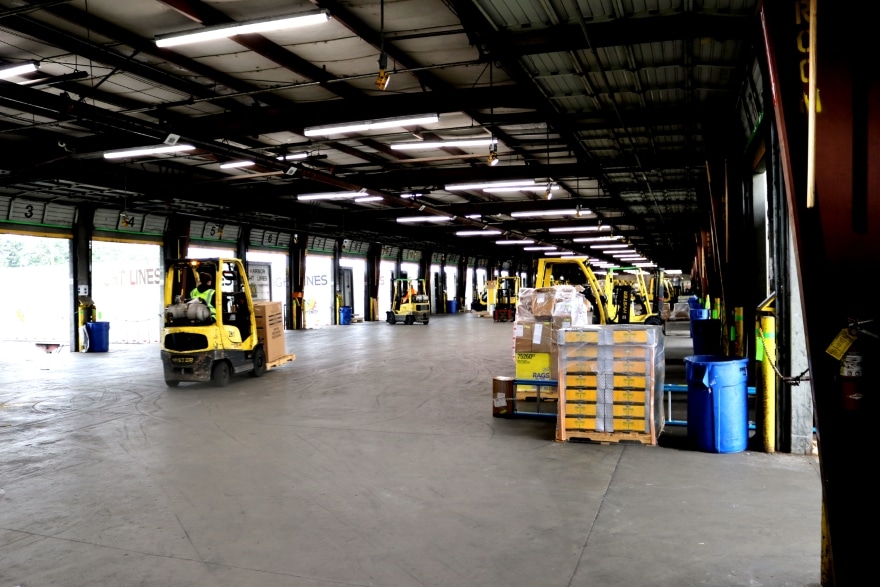 A fixture in the LTL industry as well as other modes critical to the global supply chain, DDC FPO processes 300,000 shipments per day worldwide in over 30 languages. With a dedicated crew handling Oak Harbor’s freight bills, another small team of DDC FPO experts manage the Oak Harbor EDI app.

As DDC FPO Global Technical Director Richard Greening explains from his office in Britain, “What makes us so unique is that we’re not like a shared service or a managed service provider. We research, develop, invest, and dedicate resources specifically to each client, rather than having one person or project juggle the needs of five.”

In addition to innovating on behalf of the top transportation companies in United States and Canada, DDC has also invested in tech-based data solutions to support logistics in the United Kingdom, he says. Greening explains that post-Brexit, all incoming and outgoing goods must be declared whereas they flow freely among the countries still in the European Union. The company has leveled up product and service development to help its clients keep goods moving through customs. 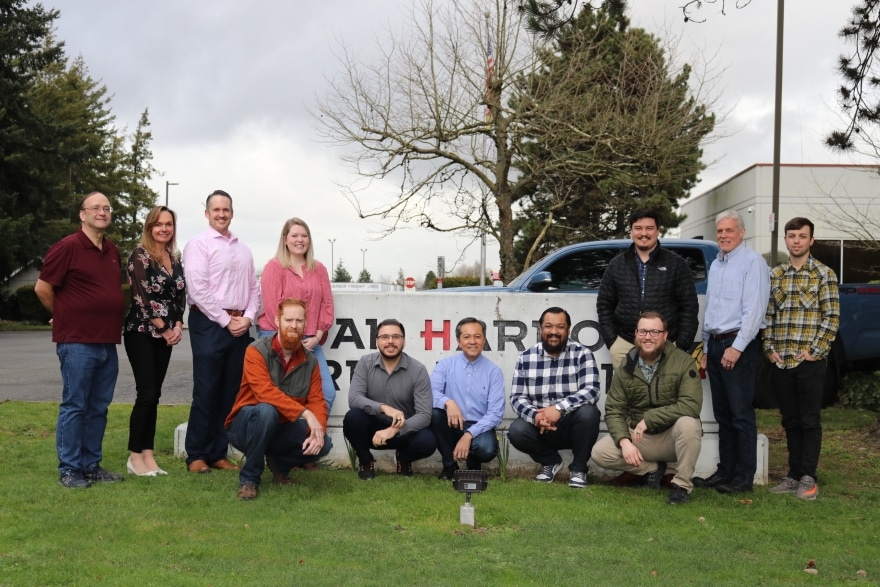 This tool is just as valuable to management, Rosales explaining how its apps record a vehicle’s hours on the road and thus ease the compliance process that limits long-haul truckers to 10 hours behind the wheel and delivery drivers to within 100 miles of their base terminal. The device’s geo-mapping also alerts truckers which roads may have been closed due to weather, accidents or paving, and which bridges they mustn’t cross due to weight regulations.

“Some drivers initially had a hard time getting used to it but that’s part of change management,” Rosales says. “We just needed to spend more time on training, and I rode with them to make sure they correctly used the hardware and app.”

With truckers still in short supply, Oak Harbor has Rosales exploring ways of using technology to reach out to prospective applicants, including women who are an industry rarity. The company’s trying to be more engaging with prompt texts and email for candidates, as well as by sending them online videos that detail benefits and working conditions.

While most states allow under-21-year-olds to drive large trucks within state boundaries, the federal interstate age limit remains 21, though there’s congressional consideration to lower it. With sufficient training, Rosales feels the lower age would be viable. 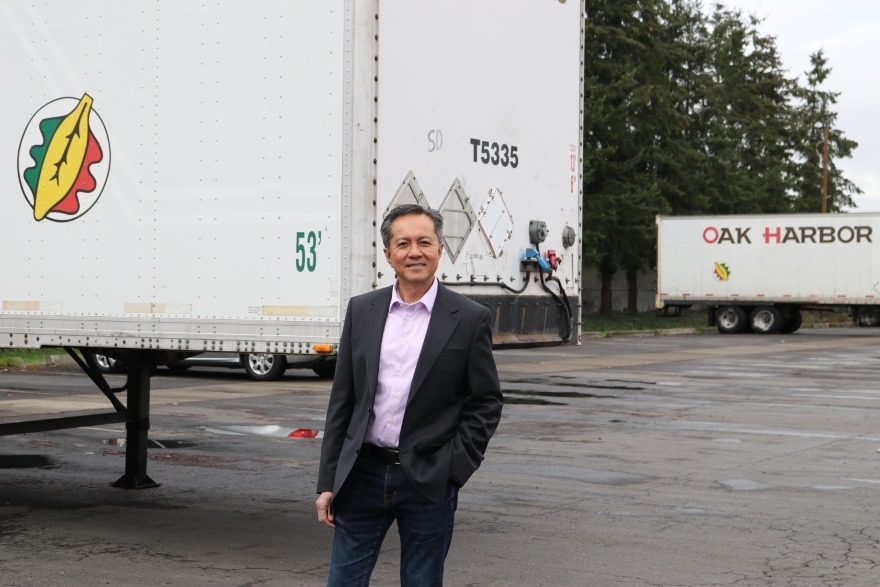 He’s also got an ambitious to-do list, with artificial intelligence, machine learning and automation among what’s next for Oak Harbor and trucking in general. His like-minded partners at DDC FPO share his vision. The company recently announced the innovative DDC Sync, a mobile app that leverages automated, smart OCR for capturing the freight bill data at time of collection rather than after return to the terminal. As Greening explains, DDC Sync was inspired by the carrier’s need for accurate data as fast as possible.

“Our clients came to us with their pain points,” Greening says. “With this app, they capture the highest level of accuracy. A half-page won’t be cut off, they don’t have to worry about lighting, and, more importantly, they can access critical data almost immediately.”

Any processes with potential for streamlining will likely garner Rosales’ attention. Just as he’s comfortable sitting next to a driver in a tractor’s cabin, he’s at ease in Oak Harbor’s back office where he’s upgrade the platform. Such functions as payroll, accounts receivable and fleet management are in the cloud. There’s always some new project underway for Rosales and his staff of 12, and it’s one of the many reasons the Calgary, Alberta, native relishes what’s his second go-around at Oak Harbor.

At least when he was growing up, there wasn’t much opportunity for a tech career at home, the 56-year-old Rosales says. He earned his computer information systems degree at DeVry Institute of Technology in Los Angeles in 1990 and, green card in hand, became an applications developer at Universal Studios Hollywood from 1993 to 1996 and meeting his wife in the process.

Drawn to the mild weather of the Pacific Northwest, the couple moved to Seattle. “Somewhat like Calgary but without the snow” he says. “Also, a mix of San Francisco.”

And, even better, teeming with possibilities, the Pacific Northwest being Ground Zero for so much tech innovation. Rosales worked for Eagle Hardware & Garden (now Lowes), World Lighting & Design and Nintendo before his first stay at Oak Harbor, which went from 2004 to 2007. He left to be IT infrastructure support manager at Starbucks from 2007 to 2012, then returned to Oak Harbor. 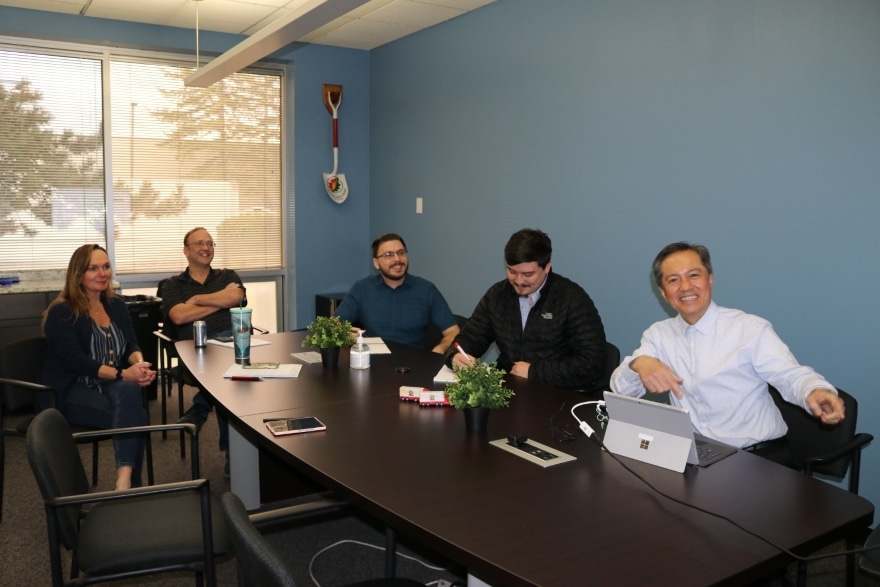 That Starbucks post proved beneficial, he says, noting it included managing an offshore team in India and how that prepped him to, on occasion, oversee an Oak Harbor overseas entity. There’ll probably be more to do on that front, he says, with the need for trucking growing practically everywhere.

Also growing is the need for technologists in all industries and Rosales trumpeting the possibilities his profession holds. As a high school student during the 1980s, he had only five programming languages to choose from and now there are hundreds. While he’d never douse anyone’s ambition, he does warn of initially spreading oneself too thin.

“Too many choices can be paralyzing,” says Rosales, who enhanced his credentials with a master’s in info-management from the University of Washington in 2004. “Pick one and learn it. The other languages aren’t so far apart. Once you choose and learn one programming language, you’ll find it’s not too much of a jump to learn another.” 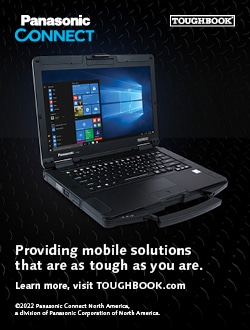 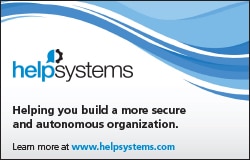