Let’s say you’re a researcher looking to write a thesis about the critical response to Vladimir Nabokov’s “Lolita,” involving the themes and esoteric references throughout the controversial novel, as well as the Russian writer’s own discussions, interpretations and explanations of his work.

It wasn’t so long ago—say, a decade or two, depending on your willingness and ability to embrace the personal computer and the world wide web—that gathering the materials for this would have been a momentous, time-intensive task. Scrolling through microfiche to the point of dizziness; spending hours in library archives; tracking down rare texts via used booksellers or interlibrary loans. 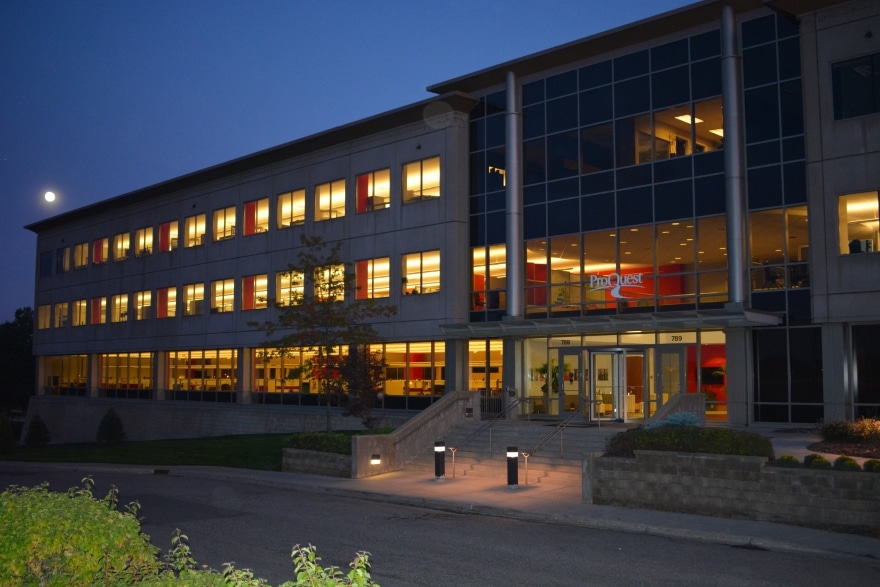 Today, though? Research that might have taken months can be accomplished in a single session, thanks to the digitization of billions of pages of written materials.

ProQuest has a goal to push this even further: The educational technology company aims to amass a repository for everything imaginable on a given topic—not just text resources, but lectures, documentaries, ebooks, art, data, you name it.

“We’re trying to be your starting place and maybe your ending place as far as being able to find everything that you can about the topic you’re interested in,” explains Chief Technology Officer Roger Valade. 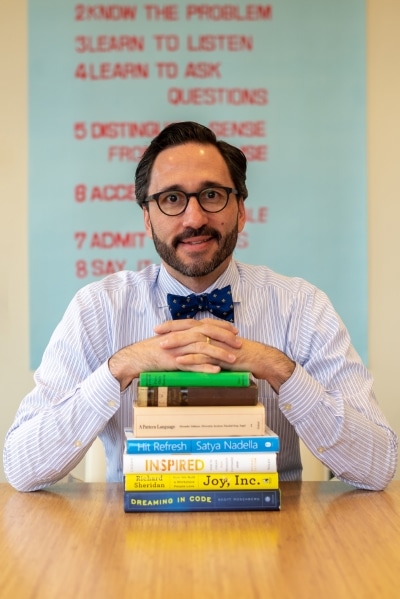 Valade joined the Ann Arbor, Michigan-headquartered company in 2013 for what he called a “purely technical challenge”: Moving the longtime ProQuest search platform to the Amazon cloud while concurrently shifting from Microsoft to Apache search engines.

It was a “learn on the job” project. “No one’s ever done that, but that’s part of the fun, working through that process,” was his reasoning at the time.

After two years of planning, the platform went live in summer 2016. Today, it has 93,000 daily users. The goal, Valade says, is to be the go-to search engine for researchers, faculty and students, providing authoritative, accurate, consistent, reliable content that is easily sortable and downloadable.

New methods and increased capacities with data mining and analysis allow researchers to focus their intellect on the content itself, he stresses, rather than exhausting themselves with the research process.

ProQuest is “the best in their industry,” says Derek Guest, presidential account manager with Connection, which has provided a range of IT products and services to ProQuest for nine years.

“The Connection team prides itself on being an extension of the ProQuest team and we are very honored to be considered a strategic partner at all levels of the business,” adds senior business development manager Laura Belincky. “Although much has changed and evolved within the IT landscape over the past decade, our consistent communications with ProQuest allows us to stay in step with their evolving IT strategic direction.”

And the research? Just use your imagination. The themes and influences of the Harlem Renaissance; Hemingway’s “code hero”; the impact of a particular drug in clinical trials. Valade also describes projects in which students have analyzed decades of obituaries from “The New York Times” to identify common words and create a hypothesis about the components of living a successful life; others have studied the kinds of verbs used by male and female writers in 17th century literature to provide a commentary on society.

“I wonder what? I wonder how?” he says. “The level at which we can do that kind of analysis now puts us in a position unlike any other in history.”

In the future, the goal is to augment content with more intuitive search tools to open up new avenues. So for example, if you’re researching Hemingway’s “code hero,” you’re led not only to traditional research materials, but maybe to a book on the subject of fishing that has an insightful comment on “The Old Man and the Sea.”

Meanwhile, ProQuest strives to keep adding more types of content. To do so, Valade and his team of more than 300 are constantly exploring new and expanded AI, machine learning and data analysis methods.

“Our business is built on providing access to knowledge and content that we hope will help make the world a better place,” Valade says.

A ‘recovering poet’ with technical expertise

ProQuest started out in 1938 as University Microfilms Inc. (UMI), which took on the task of microfilming books in the short title catalog of the British Libraries. This allowed for the novel concept of libraries distributing to scholars, rather than the other way around, Valade explains, to help make the research process easier and “less of a burden.”

That process evolved and expanded over the years along with the company; notably, in 1967, with the creation of the information retrieval system “Dialog,” and in 1996, with the launch of the search engine ProQuest Direct. The company hosted its own data center before moving to the cloud.

As for Valade? He describes himself as a “recovering English major.” A one-time dual major in English and physics, he previously led migration, digitization and software implementations at Interlochen Center for the Arts, as well as Entertainment Publications. He’s also been a software consultant and worked in the automotive and energy industries.

His ideal research project on the ProQuest platform: Breaking down the text of Marcel Proust’s “À la recherche du temps perdu” (In Search of Lost Time). Published in 1913, the novel comprises of seven volumes and more than 4,200 pages.

ProQuest is “the perfect environment for me to apply my knowledge and expertise in technology to a domain that I absolutely love: The setting of research, thought, creativity,” he says. “Maybe I’m not going to be a poet, or a physicist. But maybe I can help build a product that supports poets, physicists, researchers, students. It gives me goose bumps to think about what we do every day.”