No child left behind the times

Most adults were educated from grade school through college in traditional classrooms, which almost always included rows of desks and a large blackboard stretching across one wall. Although this is the way lessons and lectures have been given for two centuries, give or take, many recent studies suggest it is the wrong approach.

According to a 2015 study by the University of Chicago, students who physically experience scientific concepts understand them more deeply and score better on science tests—and there’s a wealth of evidence to suggest this is true at all levels of education, and in different subjects, too. 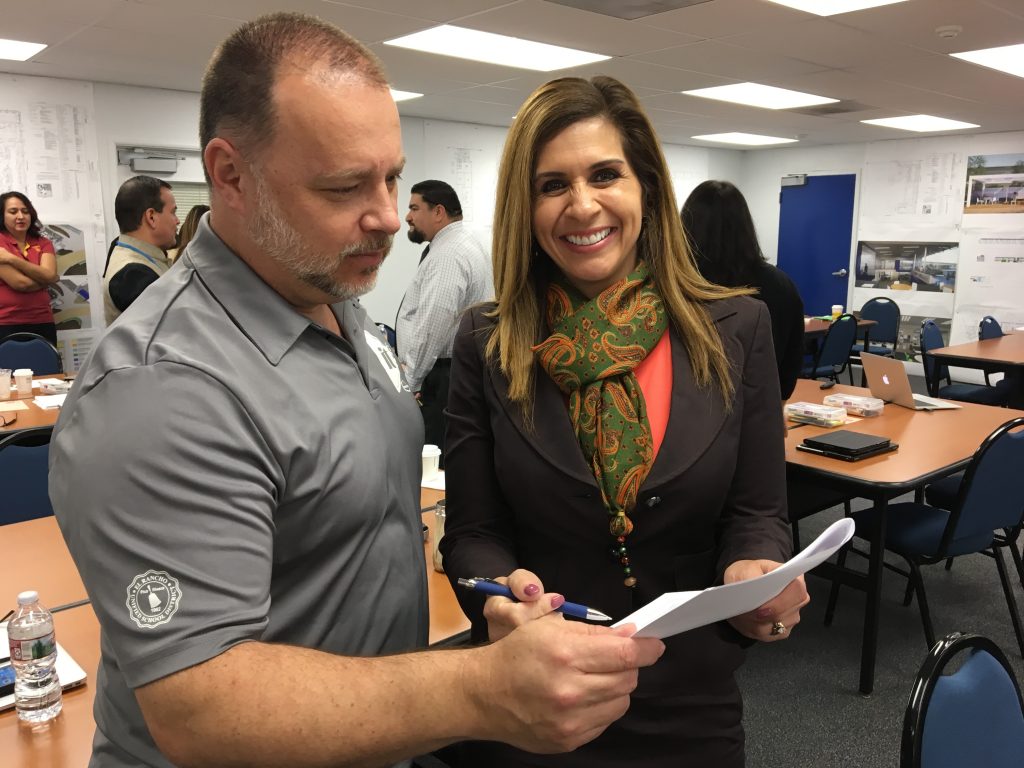 Pico Rivera, California’s El Rancho Unified School District, is dedicated to positioning itself on the leading edge of educational innovation by not only bringing the latest technology to its classrooms, but also reimagining how classrooms should be structured.

“The thought process was to give a freethinking space where the students can work hands-on,” says Rolland Kornblau, El Rancho’s director of IT.

The district comprises eight elementary schools, three middle schools, three high schools, an early learning program, and an alternative education center—and the upgrades will be felt at every level.

In 2017, each of El Rancho’s grade schools received a new “innovation lab,” which, in a districtwide effort to put a device in the hands of every student, is equipped with the latest technology—including iPads, Chromebooks, and interactive display touchscreen monitors.

The innovation labs include seven MakerBot Replicator+ 3D printers. With each one about the size of a microwave, students can make designs on a computer, and, roughly an hour after clicking print, have in hand a plastic rendering of the design. 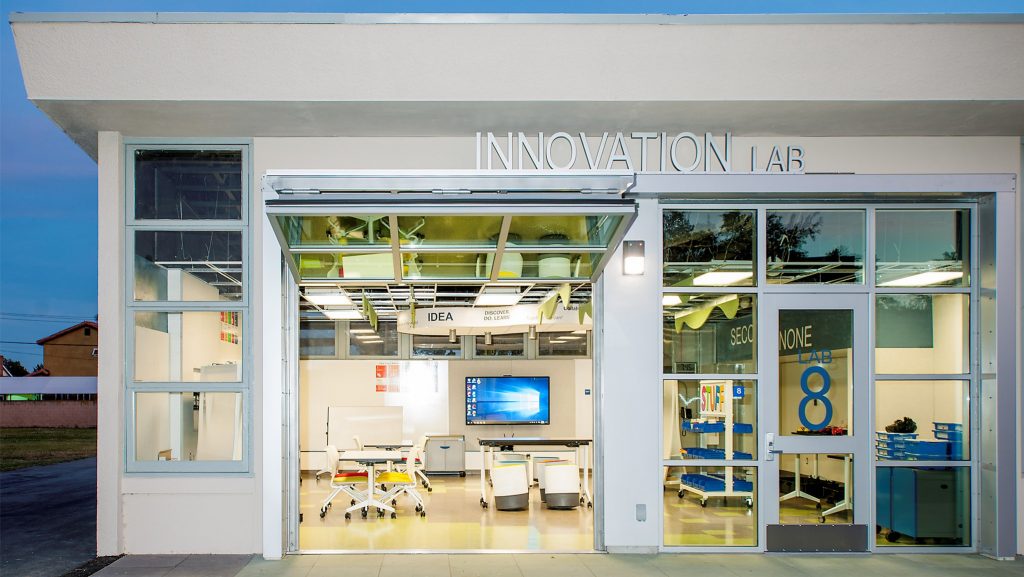 “This concept is really popular in all kinds of STEM education, but basically it’s the idea of coming up with a concept, modeling it out, and then taking it into the 3D or real world,” says MakerBot Marketing Manager, Grant Parker. When students hold the parts in their hands, Parker says they might discover, for instance, “‘oh, this is wrong, this is not aerodynamic’ or ‘oh, actually the width of this wheel, even though it looked good on the computer, doesn’t fit on the trowel.’”

That rapidness of that “learning by failing approach,” he says, is the future of education.

The district also installed numerous Tatung 75-inch 4K UHD Multi-Touch LCD screens. Supplied by EHP Solutions—an authorized dealer and reseller of many major classroom technology brands and devices, like the Vivitek NovoPro wireless presentation solution—these act as an upgrade to traditional whiteboards, while also having the ability to mirror from any device.

The new classrooms also facilitate learning in groups by using only movable furniture, as well as including numerous writable surfaces all over the room.

Similar efforts took place at El Rancho’s middle schools, except those labs focus specifically on science and experimentation, and include sinks and lab equipment in addition to the various electronics.

El Rancho High School isn’t just getting a new room; it will be torn down and rebuilt as an entirely new facility—essentially giving the IT director a blank slate with which to work.

Kornblau says the high school will include more efficient layouts of copper, fiber and wireless infrastructure, and, similar to the elementary and middle school labs, the classrooms also will be equipped with movable furniture. 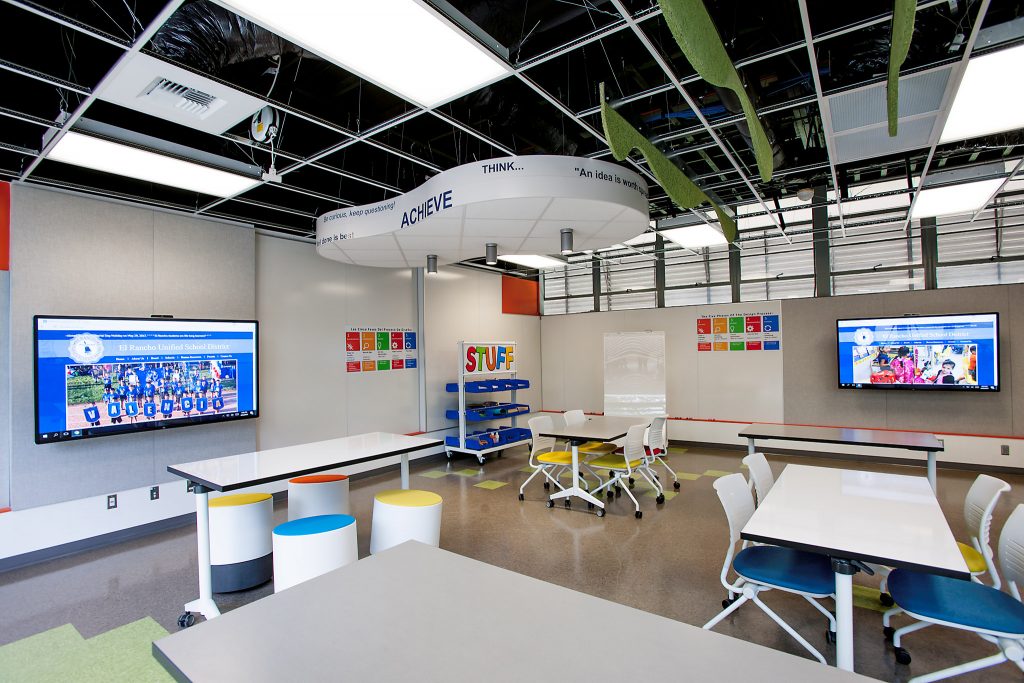 “Once the open concept comes into play, you need to have a connection on every wall for electricity, networks and data,” he says. After all, even with wireless capabilities, there’s still a need for some hard-wired connections.

The revamped El Rancho High will also feature a Cisco voice over internet protocol (VoIP) solution, which uses digital signals and allows the phones in each classroom to dial out and have calls transferred from outside of the school, while also saving the district money with its ability to dial from school to school within its own system.

Via separate, wall-mounted devices, the VoIP system will digitize the antiquated clocks, bells and paging system, Kornblau says, and can help increase security at the school, too.

“We can use the phone system to get messages out to classrooms in the case of announcements or emergencies, without disruption,” explains the IT executive. “Before, you’d have to page or call a classroom; we’ll have the ability to flash something on the screen of the phone, or on the screen of the clocks and bells—kind of like a scrolling marquee.”

To infinity and beyond

The groundbreaking at the new El Rancho High is still about two years away, Kornblau reports, so the exact look, feel and locations of certain things are subject to change—including figuring out where to house and educate the high school students in the meantime—but it’s nevertheless difficult for him to contain his excitement, especially when it comes to the unknown.

“Because we’ll have the latest infrastructure going into the new school  … it opens up the opportunity for whatever technology is coming in the future,” he says. 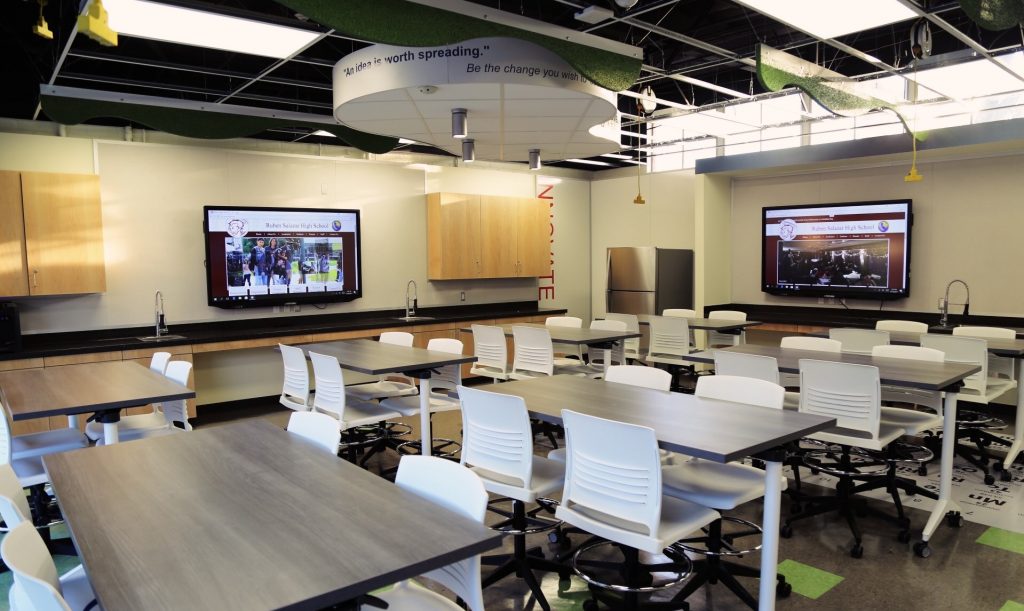 Kornblau has been employed by El Rancho for more than a year and a half, having previously worked in technology with the Hacienda La Puente Unified School District and Whittier City School District.

Since 2014, he has had a board position at CETPA (the California Educational Technology Professionals Association), which Kornblau says helps keep him connected and up to speed with other school districts and just about everybody in the field of technology education.

“I’m a firm believer in being a lifelong learner,” the executive says of both his multiple roles in the industry and the students he works on behalf of. “In education, more so than other fields, what you’re doing today has an effect on the future.”

Kornblau says he’s thankful to be surrounded by like-minded individuals, including those who recently helped pass the $200 million bond that is responsible for the innovation labs, science labs and the new high school.

“None of this could be done without the support of the community, superintendent and the schoolboard,” he says. “If they weren’t pushing this, it wouldn’t get accomplished.”

In other words, El Rancho is proof that it really does take a village to raise a child. 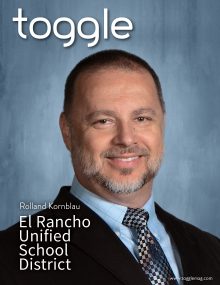 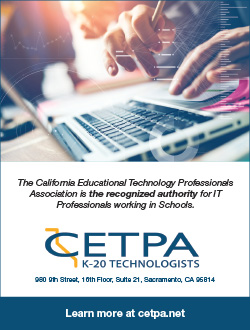