IT, the enabler of opportunity

The largest grocery store merger in history between two Idaho greats took place on January 29, 2015—and standing in the middle of the action was Albertsons Companies’ Rucha Nanavati, who had to help oversee $280 million of IT synergy as part of the larger deal.

By the numbers, the merger of Albertsons, a Boise, Idaho-based grocery company and Safeway, another major grocery chain originally founded in American Falls, Idaho, touched almost all of its 275,000 employees in 35 states. Nanavati, the group vice president of IT was kept busy with the digital integration of nearly a thousand stores, a dozen distribution centers and 11 divisions. 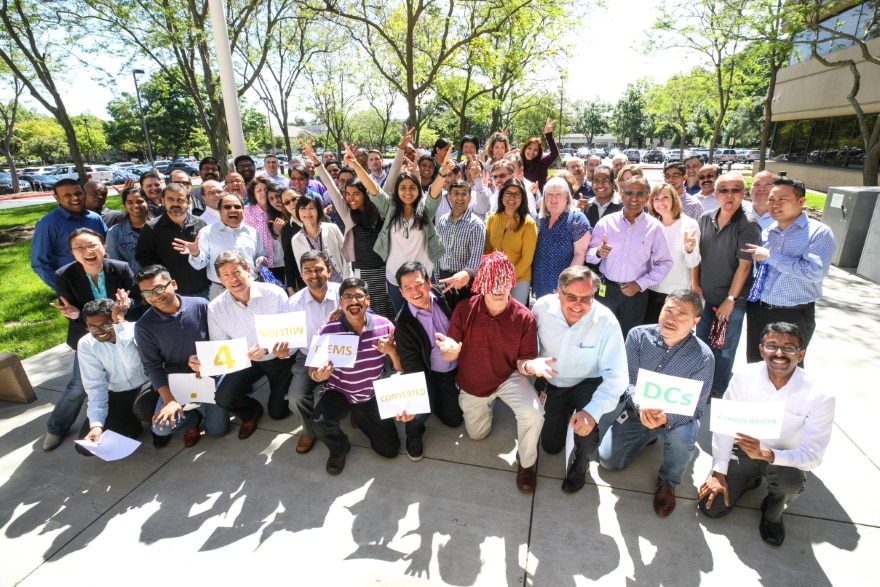 The aim of the deal, Nanavati says, was to synthesize the operations of both Safeway and Albertsons onto a standardized technology platform to enable all supply chain, merchandising, marketing and retail functions to operate efficiently. Once integrated, the goal from there was to further implement the latest technologies to streamline operations.

Given the scope of the project, however, Nanavati is quick to point that she doesn’t do it alone. Hundreds of IT personnel work alongside her, including technology partner UST Global assisting in the technology integration between the two companies.

“Merging two companies is a big deal no matter the size of companies,” she says. “IT integration of this scale has its own challenges. It was a massive undertaking and I have to say it was executed successfully.”

Merger aside, many companies are going through rapid transitions to catch up with the advances in technology to compete in today’s market. As Nanavati explains, IT has become the great equalizer: fueling a company’s operations on the back end; giving insight into customer behavior; assisting in food product delivery; and influencing service and pricing to customers daily.

The Albertsons-Safeway merger was not Nanavati’s first rodeo. She earned her stripes working at Chicago-based telecommunications giant Motorola from 1999 to 2012, becoming one of the central resources at that organization who assisted in the divestiture of two divisions within the company.

“Motorola as a business was different,” Nanavati says, explaining the inherent hi-tech product-oriented nature of Motorola was different than the more interactive environment of a local grocery store.

“Brick and mortar presented a whole different element … a grocery store offers a direct connection with customers in a way that was very real, immediate and exciting,” she says.

Nonetheless, the experience of divesting two units at Motorola prepared Nanavati to manage the initiative to bring Albertsons and Safeway operations into a common set of systems.

Now that the integration work is complete, she says, the technology teams are on to the next wave of transformative digital initiatives: from legacy modernization (like manufacturing ERP upgrade to Infor’s M3 on a cloud) to machine learning and AI-based data science solutions across pricing, promotions and demand forecasting functions.

“The data analytics and machine learning initiatives we are working on will enable predictive forecasting and optimized pricing and promotions,” Nanavati says. “It also creates a path to factor in things like local events, weather and social media to offer our customers the right products and promotions.”

IT as the enabler for business growth

With innovation now in focus, Nanavati and her team are leading several digital transformation initiatives to keep Albertsons ahead in the competitive grocery space. These projects include the use of blockchain technology for food safety; applying robotics at a state-of-the-art robotic automation distribution center in Tolleson, Arizona; and rolling out a OneTouch Fuel app that allows customers to activate a gas pump and pay with a tap on their mobile phone.

A few years ago, Nanavati says the discussion about implementing technology might have focused on cost containment, but now it is an enabler of opportunity and growth. 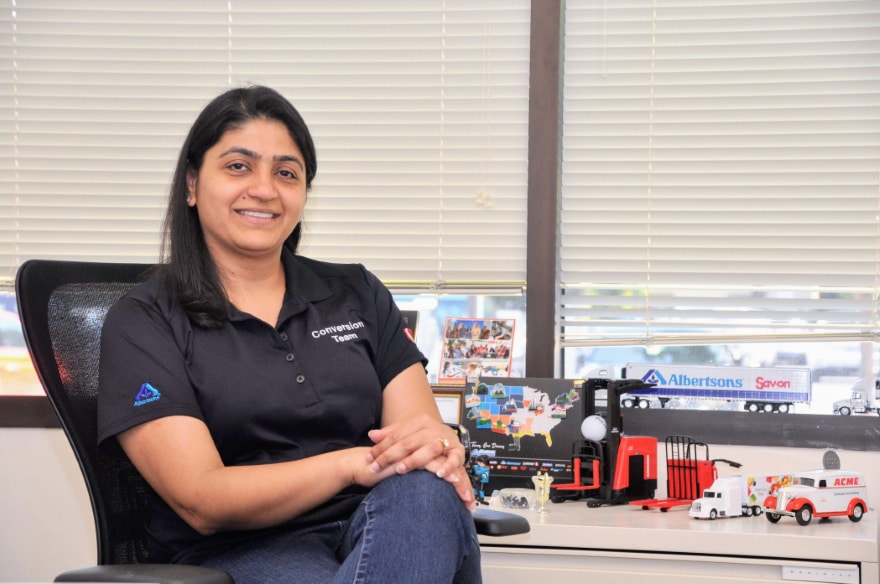 “Everybody recognizes that IT is not below the line. It is the line. Technology is the enabler in taking you to the next level,” Nanavati says, predicting that the next set of developing trends in retail will be about making the customer experience more convenient by taking away as much friction as possible.

Toshiba is one of the companies helping streamline that customer experience by removing friction within the retail store. As Fredrik Carlegren, executive director of global marketing explains, the two companies have had a long-standing relationship going back to the early 1990s. Technology has come a long way since then, especially the revitalization of self-service which both companies recently revisited.

According to Carlegren, the latest advancements in self-checkout have focused on creating a much better customer experience by reducing the number and impact of interventions that would slow the checkout process down, i.e., taking care of issues such as an incorrect scan, a wrong weight or anything that needs an override or attention from an employee.

“We recognized an opportunity to handle this in a different way. Each situation can be flagged, but we still allow customers to keep going; at the same time an associate can be notified without the customer being delayed or getting frustrated. This allows the associate to clear all open issues and help finalize the transaction,” Carlegren explains.

Representing the world we live in

To put herself in a position to effect change, Nanavati drew from the well of her experiences, getting her educational start with a bachelor’s degree in electronics at the National Institute of Technology Surat in India, and later a master’s degree in computer science from the Illinois Institute of Technology in 2003. The bulk of her work experience—10 years—was logged in at Motorola where she served in a variety of roles from application design and development to senior IT manager.

Her first foray into supermarkets came in 2013, as the IT director at Safeway before integrating with Albertsons in 2015, first as the senior director of IT, then the vice president of IT.

Today, the technology team operates from a variety of locations—from Safeway’s former headquarters in Pleasanton, California, to Boise, to offices outside of the country in Vancouver and Manila—all supporting projects for stores, distribution centers, manufacturing plants and merchandising teams.

Along the way, Nanavati, recognizing there were fewer female faces in technology, made a point of mentoring women and taking part in women’s leadership conferences, where she shares her experiences and advice to aspiring IT professionals. With two female group vice presidents in the IT organization, Nanavati says she is proud that her company celebrates diversity and inclusion.

“I am aware of the fact that, as good as our organization is, there are still not enough women in leadership roles, especially in the technology sector,” Nanavati says, having recently been recognized as one of the Top Women in Grocery by the Progressive Grocer organization. “So I make myself available to mentor women—and anyone, of course.”

Nanavati says she loves the fact that her job is about food and has a direct connection with customers. Accomplishments with her team are also a point of pride.

“I love working with everyone. We have a great company culture,” Nanavati says. “Teamwork—between our technology teams and business partners—is what makes our initiatives and our jobs successful and exciting, but best of all is what we are able to do for our customers.”