Technology for a better “Tomorrow”

In a 10-minute video posted on the Cincinnati Public Schools website, students from throughout the district are shown talking to cameras, taking notes in the classroom and mingling with peers.

Beyond sharing a school district, there’s something else the young learners have in common: almost all of them are holding district-issued laptops.

As part of CPS’ “My Tomorrow” initiative, each student in grades 6-12 is assigned a laptop or tablet hybrid device that allows for both standard typing and touch-screen operability. 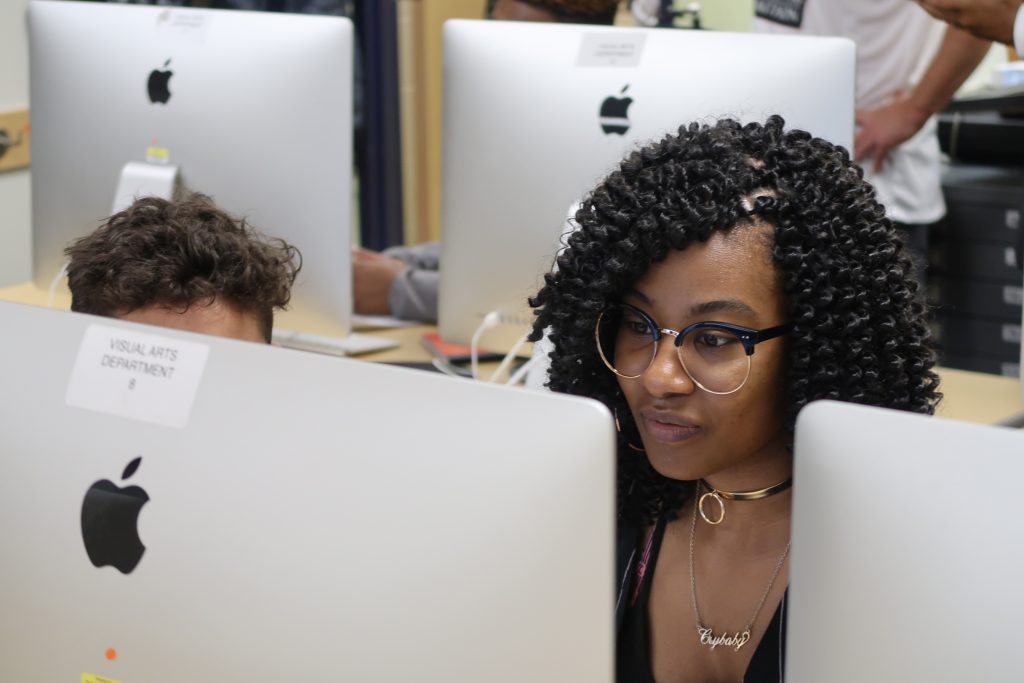 Meanwhile, those in the blended learning program—where advanced placement (AP) students split time between a traditional classroom and remote lessons—are given hotspot Wi-Fi access, allowing them to take their device home.

For a district where 80 percent of students are economically disadvantaged, My Tomorrow does something to which many districts merely pay lip service: it levels the playing field. Today, Cincinnati is the highest-performing urban area in all of Ohio.

“When students leave us, they need to have the technology skills necessary to thrive in that next experience—whatever that might be,” she says. “By giving them access to that technology at school, hopefully they’ll have more doors open to them.”

Piece of the puzzle

But the district’s high school students aren’t the only ones benefitting from CPS’ tech overhaul. For those in grades K-5, the district has issued one device for every two pupils, with the youngest students benefitting most from tablets such as iPads.

By second grade, students are encouraged to use laptop devices with a keyboard. The reason for the switch, Trimble-Oliver says, is to more quickly familiarize them with typing—particularly given Ohio’s recent decision to administer state education tests online. 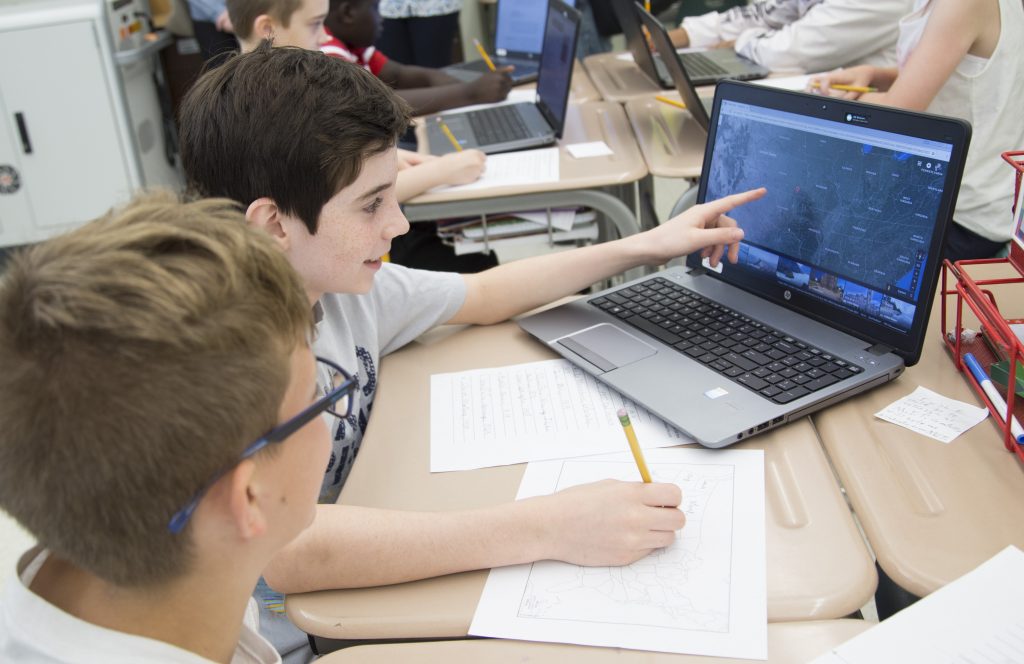 As one of many states that have adopted Common Core, a movement that emphasizes uniform standards for English and mathematics education in grades K-12, Ohio has encouraged school districts to pursue a more robust technology protocol aimed at making students workforce ready.

To that end, a group of CPS schools launched Vision 2020. Designed to supplement My Tomorrow, the program allows individual schools to choose a program focus that aligns with their community’s interests and assets. According to Trimble-Oliver, high-tech learning has become increasingly popular.

At Hays Elementary, for example, students have supplemented their electives—art, music and physical education—with a technology class incorporating elements of coding, gaming and robotics.

During a recent demonstration, she recalls watching a group of fifth- and sixth-graders build pyramids to scale using Minecraft, the wildly popular “sandbox” software that allows children to create their own digital universes.

For Trimble-Oliver, such initiatives aren’t just an easy way of getting students more engaged in the here and now; they’re preparing them for the future.

“You tend to see a lot of technology embedded in these broader educational standards, so it was important that we got ahead of the curve as quickly as possible,” she says. “It’s not just about preparing students for a new economy; it’s also about the practical imperative of making sure we’re meeting those standards.”

To make good on that twofold goal, it’s not enough that CPS brings its 35,000 students into the technology fold; it also has to get its teachers on board. Literally.

A few years back, well before CPS launched My Tomorrow, the district’s IT department developed a series of off-hours classes designed to help teachers better engage with classroom technology.

But after months of limited participation, Trimble-Oliver and her colleagues went back to the drawing board.

Enter the Tech Truck. Staffed by technology experts, and with scheduled routes throughout the district, it’s been a boon to ongoing teacher education. 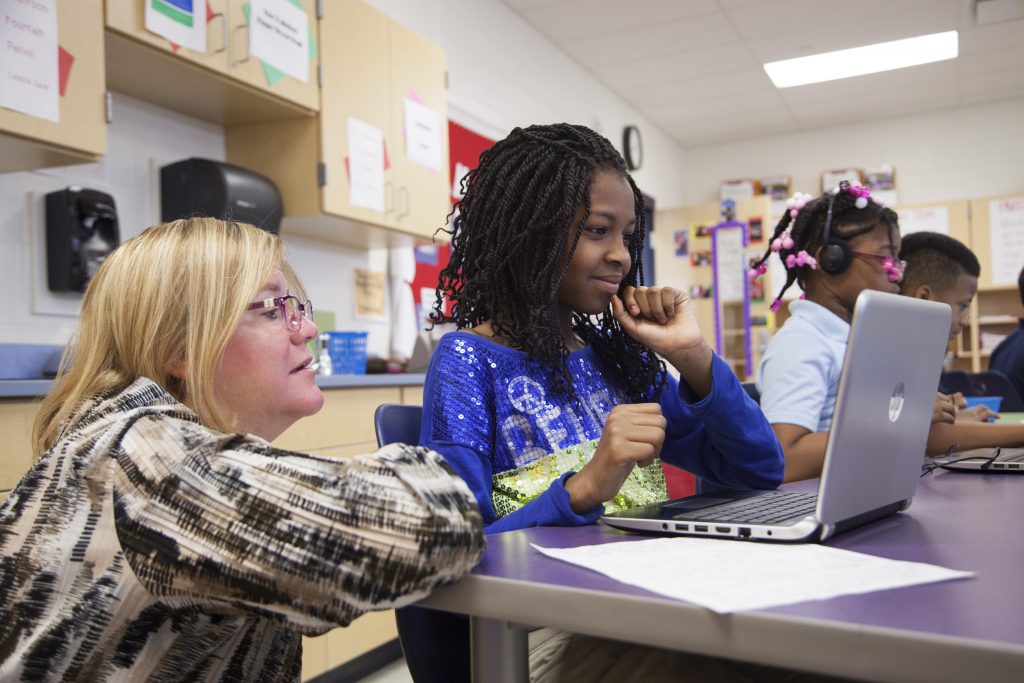 “We wanted to create a low-stakes environment where they didn’t feel intimidated by the tech,” she explains. “We presented it as a kind of rolling Apple store, where you could come in and get help in a fun and engaging setting.”

Still, there’s been another challenge with CPS—working to implement its Schoology learning management system, as teachers, too, face a learning curve with technology. The software is used to administer and track educational courses, putting the district in line with colleges throughout the state.

The idea is that incoming faculty will be familiar with the system, easing the transition and freeing them up to do other things besides learn the ropes.

Five years after first launching My Tomorrow, Trimble-Oliver believes more and more people are beginning to recognize that CPS’ grand venture isn’t just a work in progress, but a work of progress.

“With both teachers and students, we’re trying to establish a culture of learning new things, even knowing there will be bumps along the way,” she says. “Through technology, we’re teaching resiliency, which is critical in an ever-changing economy.” 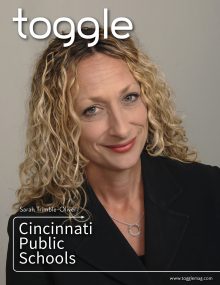