He’s always got something more to learn about IT

Talk to straight A students and they’ll tell you that acing last semester’s report card won’t mean much if their next is marked with C’s.

The same principle applies with Scott Morrow’s new oversight of the infotech infrastructure at the York Catholic District School Board in central Ontario. Morrow having sustained some of his predecessor’s initiatives while bringing in his own, the district again scored straight A’s on its security scorecard. Even IBM solicited advice on how the school district’s approach to dashboards could be packaged and used by all the province’s 72 school boards. 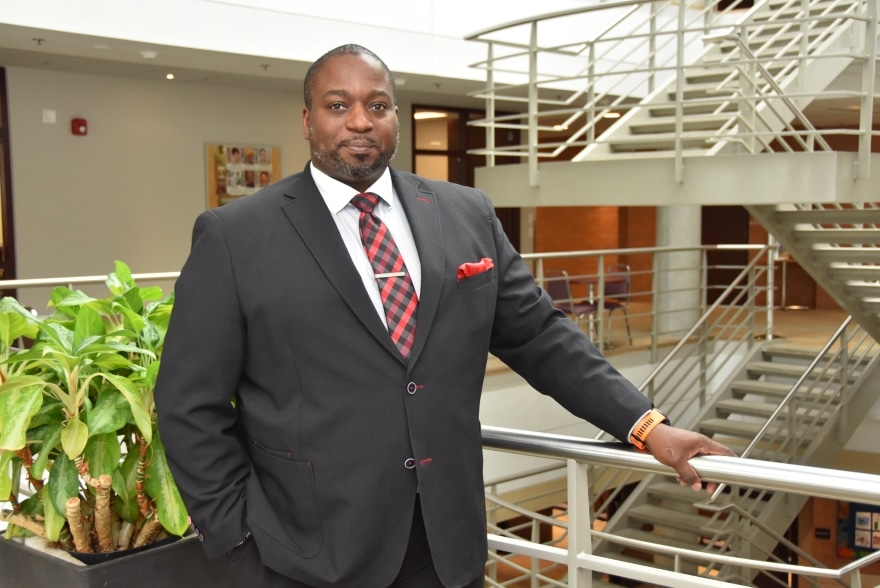 As the district’s chief information officer and de facto security chief, Morrow takes the accomplishment in stride. However, he says he can’t rest on it. The constant evolution of IT means one’s got to keep pace.

“Yet another school district was hacked while I was on vacation,” he tells Toggle in December. “It’s not a matter of if we’ll be hit. We will and must be prepared for the consequences.”

Soon after arriving last April, Morrow surveyed all users on pain points and the like, upgraded wireless networks and expanded data warehousing to make information more available and understandable.

Canada having designated October as Cyber Security Awareness Month, he partnered with the K-12 services and support organization ECNO late last year to provide videos and other training materials that will be distributed to the district’s 50,000 students and 9,000 staffers.

While it wouldn’t be prudent for Morrow to describe all the safety protocols he’s put in place, he’s depending much on the so-called SASE cloud for secure access service edge. Essentially, it covers students wherever they are by combining security functions with the wide-area networks connecting offices, data centers and cloud applications and storage.

He’s also migrated the student information system from Maplewood to Edsembli, a secure cloud-based platform that he says offers a better connection to other educational software.

Insurance companies having wised up to the risks of offering cybersecurity coverage, they’re demanding defenses be in place, and for this Morrow points to systems being fortified through multifactor authentication. He’s also on the board of the Ontario Association of School Business Officials and meets with its 72 chief information officers to share ideas. 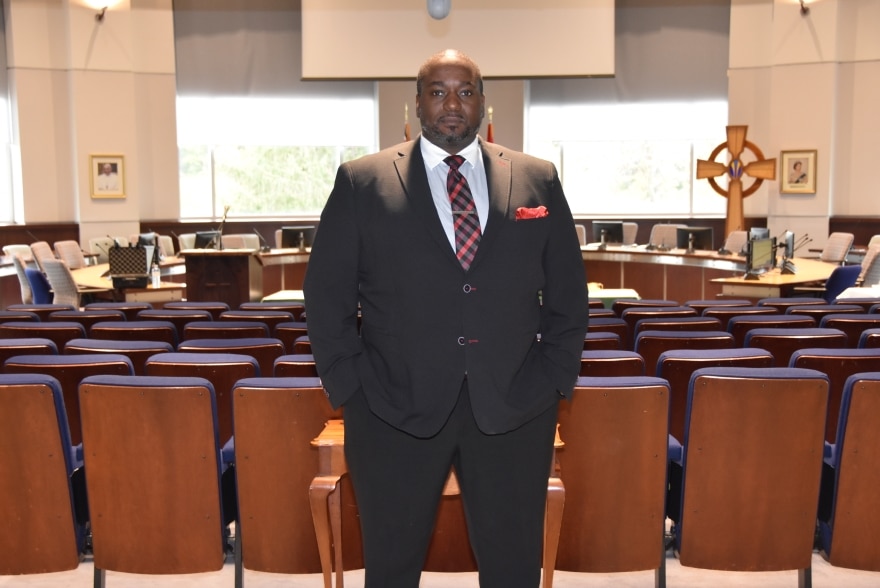 Then there’s ensuring that the district complies with the province’s mandate that internet services are provided at the speed of one megabit per student. During the 2020-21 school year, the province centralized delivery of all e-learning courses to allow schoolchildren greater access to programming and educational opportunities, whether they lived in urbanized Toronto or remote rural communities.

The district being relatively progressive, Morrow says he’s impressed with what he’s observed in his less than a year on the job. The cloud migration continues with phones and other services still in the data center, but by summer he expects all or most of it to be complete.

“We’re blazing trails in lots of cases,” he says.

They’re doing so with what he calls a staff of 58.5. It’ll be 59 once a full-time chief info-security officer is onboarded but until then Morrow will fulfill that role in addition to being CIO.

“I’ve never said ‘do more with less,’” he says. “Do what you can with the amount of money and hope you get more for what you need.”

He also delights in sustaining a family tradition. His father is a retired principal and his brother and sister have both been teachers. Morrow too taught project management at Georgian College from 2007 to 2016 and since has enabled education from IT’s back office.

Morrow didn’t start that way, though. A 1998 Royal Military College of Canada computer engineering graduate, he often honed his skills aboard submarines in the middle of the North Atlantic, which presented its own challenges.

“How does a man who’s 6-foot-2 fit into a sub? Very carefully,” he says with a good-natured laugh.

Discomforts notwithstanding, he learned the nuances of sonar and radar and translated that into control systems everywhere. Upon leaving the Department of National Defense in 2003, he logged around nine years in tech roles with the city of Barrie before joining Georgian College for what’s since been more than 15 years of educational IT.

Prior to York, he had managed IT for the Simcoe Muskoka Catholic District School Board from 2013 to 2022. For much of that time, he was active with the Simcoe Community Access Network, a consortium of public sector organizations bringing affordable bandwidth to Simcoe County. Seemingly never too busy to take on more extracurricular activities, he’s on the steering committee of the Ontario Ministry of Education’s broadband modernization program. 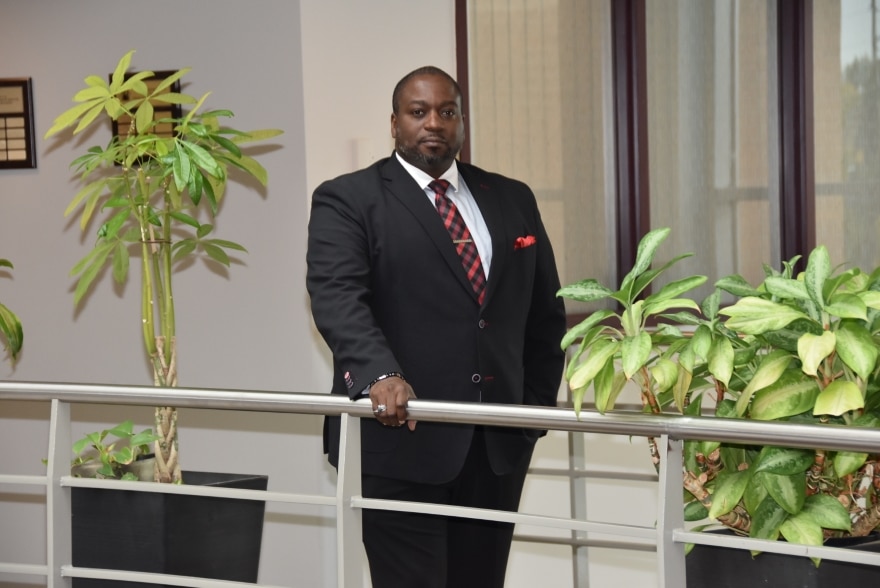 “I’ve always been the guy whose hand is always up and sometimes irritating everyone else in the room,” he says with another laugh. “But I love going to conferences and learning.”

That curiosity dates back to his boyhood in Tottenham, a rural community south of Barrie where his father taught. He recalls disassembling hair dryers, vacuum cleaners and motorized Lego sets. Somehow, he always seemed to put the devices back together.

One’s never too young to commence with logic and critical thinking, he emphasizes. The more he can enable it through technology, the better off York Catholic children should be.

The past few years have been hectic for education everywhere, he says. Whereas the worst of COVID-19 seems over, he’s still got to have a contingency plan, including for a severe flu season. Technology can only be the great educational equalizer when all can access it, and there have been times when the district has had to provide such tools to students.

“Technology’s going to be part of your future regardless of whether you want to embrace it,” says the 49-year-old father whose teen daughter shares his inquisitiveness. “We’ve got to make sure everyone has it.” 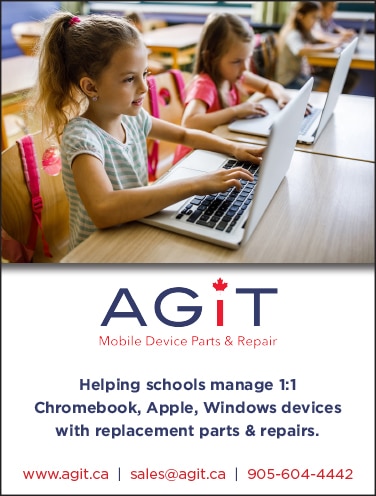