Satisfying journey from teacher to technologist

He may not get out of the data center as much as he’d like, but when seeing firsthand the effects of his role during occasional classroom visits, Scott Pierce can further vindicate his long-ago decision to shift careers from teaching to technology.

“It’s very rewarding to see an economically disadvantaged child who has never traveled very far now able to go online and see how the world exists,” the chief technology officer of Kingsport City Schools tells Toggle in late spring from his office in the east Tennessee city. “You see how fascinated they become, how their curiosity is aroused and how they want to learn more. The internet has become the world’s greatest resource for learning.”

And since coming to the school district in early 2016 after nearly 14 years in a lesser role in Henry County at the opposite end of the state, Pierce has strived to make online education more available as well as to maximize its potential for a very socio-economically diverse enrollment of 7,100-plus.

Should someone else get the credit, that’s OK with him, too. For while Pierce sees his nine-member infotech department as more than just a support team, he’d like for others to assume control of the tools he provides.

“I’ve found over the years that when tech is leading the effort for new learning platforms or whatever, there’s kickback and frustration,” Pierce muses. “So I’ll approach a department and spend time with it, but say ‘If you agree to this, you got to own it. You speak as to why and how it impacts student achievement or teacher efficiency.’ The others listen better when the message is coming from their group rather than a technology department that makes them zone out.”

Soon after his arrival, Pierce picked the “low-hanging fruit,” shifting a prime teaching aid from Windows 1:1 to the more versatile and up-to-date Chromebooks for all children in grades 4 through 12, and some also made available for the younger kids.

“The benefits of having all the kids on tablets are manyfold,” says Pierce, adding that he anticipates how technology will make the school day structure less traditional. “They can not only update information faster and communicate better, but students can work from home and access all sorts of resources. Ten years ago the idea of a 1:1 program (a tablet for every student) was considered crazy. Now it’s crazy if you don’t have one.”

Progress has continued on other fronts. What had been a hosted Outlook exchange for district email has migrated to Gmail, and the phone system is being upgraded.

A partnership has commenced with another school district, enabling Kingsport City high schoolers to learn German remotely. Partnerships with tech companies might also be pursued, which could lead to savings on purchases and upgrades. Kingsport also benefits from the so-called E-Rate program that provides discounted infotech to eligible schools and libraries thanks to fees assessed on providers of interstate and/or international telecommunications services.

It’s also shaping up as a busy summer, with Pierce’s department assisting others in outlining the objectives at each of the elementary, middle and high school levels.

“If we expect ninth graders to do X-Y-Z, we have to have a strategy and the right tools,” Pierce explains. “Same for the other grades. This gives us the chance to discuss goals with administrators, teachers and central office staff.”

Up until recently Pierce’s responsibilities could be described as anything that plugged into a wall, and that included everything from security systems to door badges to scoreboards as well as classroom and administrative software.

But having started with the refreshing of the district’s wireless infrastructure, he can say that his to-do list is expanding to everything unplugged as well. It has to, he says, given that the world is becoming more wired—and wireless—by the day, requiring students to prepare for jobs that don’t exist today. 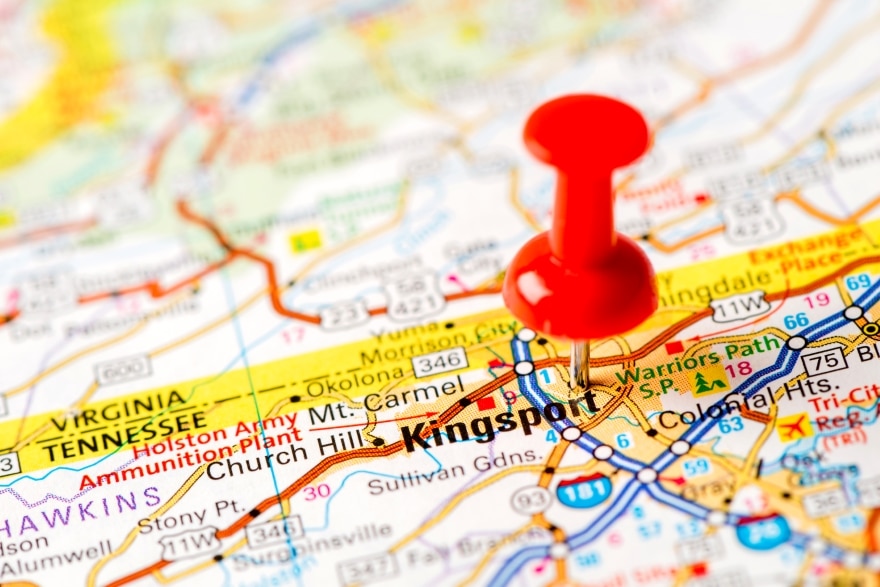 It now seems so long ago when Pierce was helping students in another capacity, that being coaching several sports and teaching for a year following his 1997 graduation from the University of West Georgia with credentials in health and physical education. But while public education was his calling, he’d come to practice it from a different perspective.

“I’m better at creating and fixing something,” he explains. “I just gravitated toward computers and found I could support schools better in a technological role.”

He’d cut his high-tech teeth in the private sector, serving as a network administrator for CNI from 1998 to 2000 and spending the next couple of years as an engineer with the Southern Georgia Regional Commission. In 2002 he’d join Henry County Schools as an information systems coordinator and be promoted to director of technology services six years later. Come 2016 the Kingsport City opportunity was too enticing to pass up, and one year later he had earned an MBA in strategic leadership from the University of Tennessee’s Haslam College of Business.

“Get to know the curriculum folks and make them your partners,” is how Pierce sums up his vantage point. “Don’t just be a support system.”

That said, support those folks to the max and be mindful that to them, the wired world may not be second nature. But once they grasp it, let the systems be in their hands because for whatever reason, other folks are still more inclined to listen to them than to the CTO who knows best.

“Don’t let it be seen as a technology thing,” he says with a soft laugh. “Better to let them see it as an integral part of whatever educational program is being rolled out.”