By plane, train or automobile, you will get there, fast

Sebastian Barrios was a clever kid, building circuits as a hobby in his native Mexico City. With such a strong interest in technology, it wasn’t long before he was tinkering with building apps. He even came up with a way to talk longer on the phone with his girlfriend.

As a budding entrepreneur in his 20s, he built apps left and right, like Yaxi—a way to catch a ride across town by certified drivers monitored by a GPS. 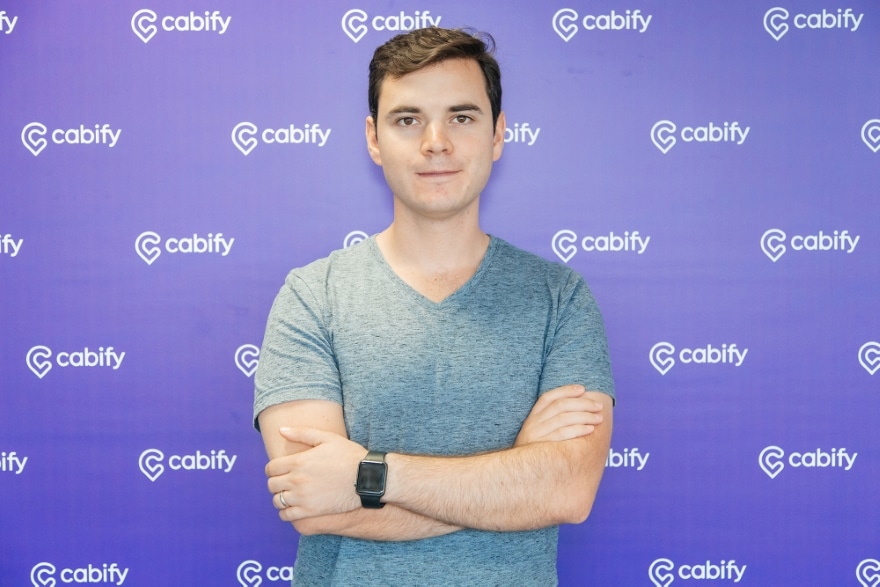 It wasn’t long, however, before his Mexican business model caught the eye and Yaxi was purchased by Spain-based Cabify, a transportation network company providing vehicles for hire via its smartphone mobile app in 12 countries and 130 cities. Along with purchasing Yaxi in 2017, the company snapped up Barrios to serve as the CTO of the transnational organization that now has 1,500 employees, 250 of whom report to Barrios in Madrid and Sao Paulo.

On the move, in more ways then one

It’s not just about the cars.

Cabify is booking helicopters, mopeds, scooters and even bicycles on both sides of the Atlantic—from Spain to Argentina, Chile to Brazil, Portugal to Ecuador, Colombia, the Dominican Republic and, of course, Mexico.

“Cabify may only be an app, but we believe that we are undoubtedly changing the world and how people move around cities,” Barrios says. 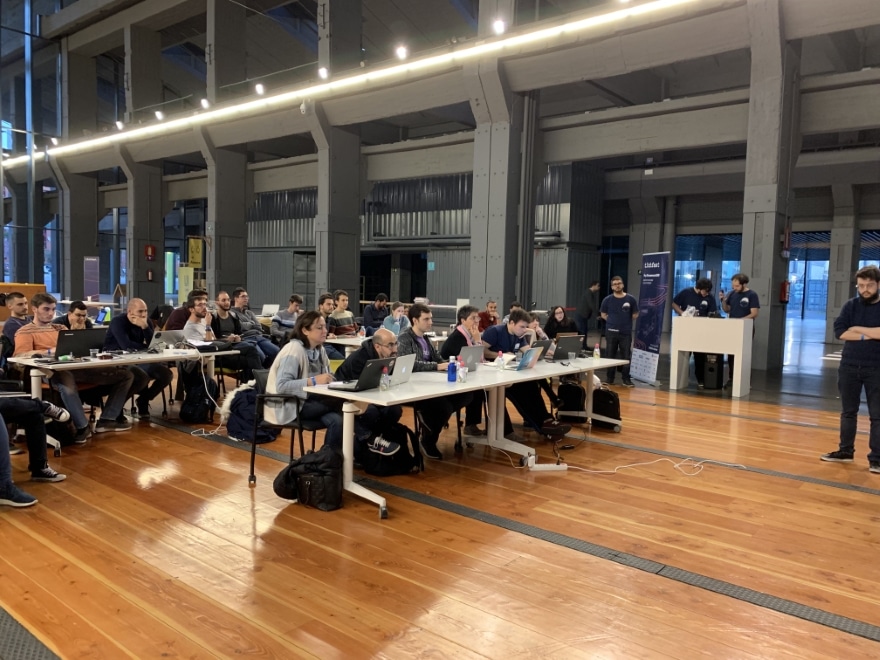 The platform connects people with private cars and drivers to make getting around cities easier, safer and more enjoyable.

Fueled by young millennial multicultural talent, Barrios says business is spreading across Latin America, Europe and Japan like wildfire—and is growing every week. Good thing he speaks English, Portuguese and Spanish; and with 11 years in the technology industry, can keep pace by generating good business ideas with his degree in computer engineering, which he acquired with honors at one of Mexico’s most prestigious engineering universities.

Barrios’ main responsibility is to solve business and technology problems—balancing the short term and long term—while monitoring regulations in cities and countries around the world. His go-tos are solutions like Python, Google infrastructure solutions and cloud technology.

“On our end we will keep the system up as we get bombarded by demand, but that’s obviously an exciting challenge,” he says.

With regulatory concerns differing for just about every city, Barrios stays current reading technical news and attending conferences worldwide, and encourages his team to do the same, even taking the European technology team on a field trip to Mexico to experience the different culture and the famous traffic jams in Mexico City.

“It was important to allow the team to have the knowledge they need to partake in the transformation of mobility,” he says. “Mexico is one of the largest transportation markets in the world. There is nothing like it. In a word, it is intense and there is only one way to experience it—and that is to be there.”

Necessity, the mother of invention

It’s been a journey for Barrios in more ways than one.

His days at a start-up with his first company Zebas Studios in 2010 seem positively serene when he managed 20 people. Now he is working with 10 times the number of people scattered across the globe.

It started off innocently enough.

With necessity being the mother of invention, Barrios remembers the early days of developing his phone call monitoring app, to enable him to talk to his girlfriend longer without racking up charges that started to kick in after a five minute phone call. His contribution was a special call timer which beeped an alert to notify people when they were running out of time and were about to be charged money. 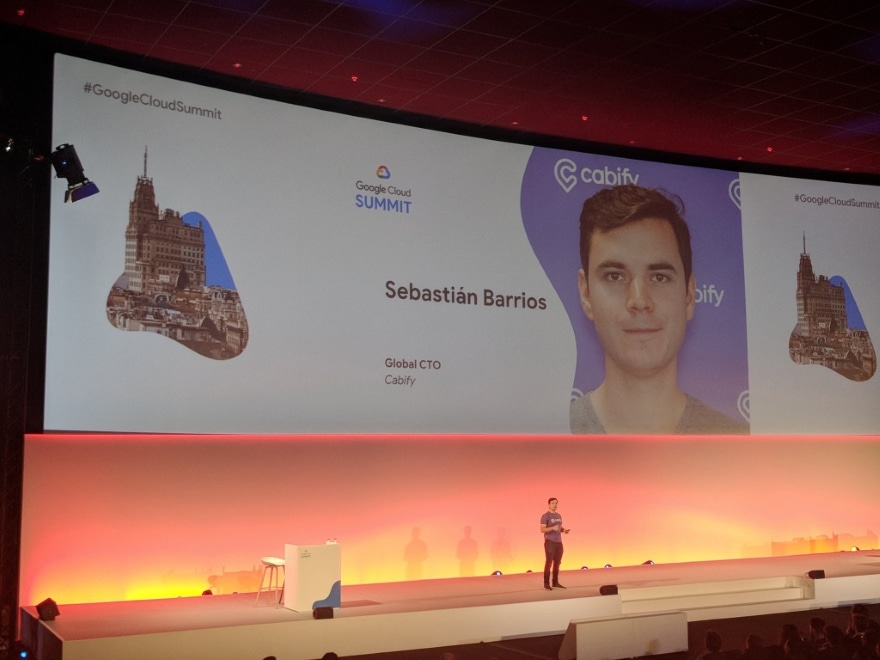 All anyone had to do was hang up the phone and call again, to avoid charges. The app became wildly popular in developing countries using telcos. For a fast $1 download, his app became the #1 downloaded app in Mexico and 12 countries in 2008 and 2009.

Soon, Barrios became known as an entrepreneurial sort of guy who could build apps for any industry—so he did. At the beginning, he free soloed an app development company, but soon found that he needed a team to build customized apps for hotels, government institutions and gyms.

“I was only 20 years old and was making money and doing something exciting,” he says. Ever the entrepreneur, he sold his customer base and went on to develop more scalable products like Yaxi, which started out as an easier, more efficient way to call a cab.

Growth is coming fast and furious, and to meet the need Barrios wants his team of engineers to double as soon as possible. He expects that in five years’ time the team will be 10 times larger.

That’s easy. He’s doing it right now by integrating and unifying Cabify with another company they just bought called Easy Taxi, an application and service that is very strong in Latin America.

“It’s something I am passionate about. While the project has not been finalized, it is in the works and it is a challenge, but often those things that don’t come easily at first are the most rewarding to figure out,” Barrios says.

Reliability, scalability and having new features are the bread and butter of the business, and Barrios is willing to invest to make the business move faster. He mentions the scale of the burgeoning business is huge, with billions of points in the system to access inquiries.

“We aren’t gravitating toward the shiny new toy, or the novelty factor in terms of engineered solutions. We want to go with what we know and what works, something that has been battle-tested. We focus on technologies that allow us to deliver value to our users,” Barrios says.

Along with growth comes public interest and Barrios says Cabify is preparing for an IPO which will present a whole new set of challenges—everything from regulatory compliance to providing access to scooters, electric cars, mopeds and bikes.

“My favorite thing in life is to learn, and here I get to work with great engineers, designers and managers every day; it’s a really smart group of people,” he says. “I know it may sound corny, but it’s true.”