As her teacher conducts the day’s lesson, a student sits in rapt attention, brand new tablet in hand. Hearing a question she knows the answer to, the student’s hand darts up, eliciting the teacher’s go-ahead. When the hour runs out, it’s on to the next class. 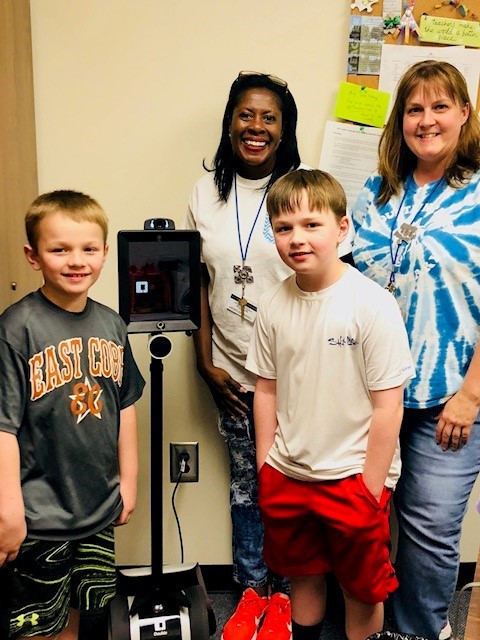 Only, she won’t be walking down the high school hall, not with three more days in the hospital still to go. Luckily, that’s what the Telepresence Robot is for.

Introduced to the district in 2017, the robots—basically an iPad on a Segway, which can move from classroom to classroom under the remote control of the user, using livestream video to enable interaction—have been a game-changer for Fulton County Schools (FCS), says Chief Information Officer Serena Sacks.

“If you’re homesick, if you’re in the hospital, if you’re out of school for any reason, you can still feel like you’re part of the class,” says Sacks, whose resume, prior to FCS, included IT stints for IBM, Walt Disney and Wyndham. “When used the right ways, technology is inclusive. It brings us together.”

According to Sacks, these mobile helpers are merely one piece of FCS’ broader push toward student-focused learning—zeroing in on the needs of each individual student.

The first step, initiated shortly after Sacks’ arrival in 2014, involved the rollout of 67,000 mobile devices over three years and across FCS’ 97 schools, resulting in a 1:1 ratio for grades 6-12 and classroom sets for K-5. In addition, the district installed 10,000 new wireless access points, many layers of security, digital content, online assessment, VOIP phones, a data warehouse and student-focused analytical dashboards.

With a solid foundation in place, Sacks and her team turned their attention to more granular upgrades. Take the district’s digital marketplace. Working with dozens of vendors throughout the educational technology sphere, FCS built an indexed marketplace for content, curriculum, reports, furniture, supplies and educational consulting. 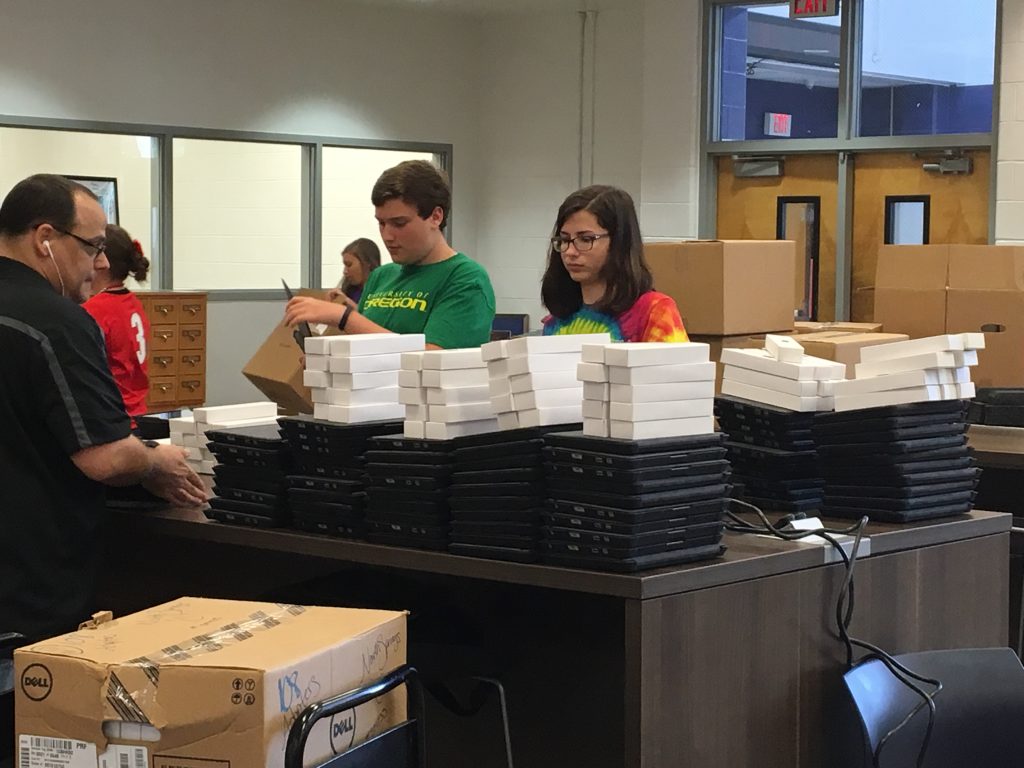 “Because we’ve approved every tool in the marketplace, it’s easier to support technology in the schools,” Sacks explains.

“One teacher cannot individualize a lesson plan for 30 kids every day; technology has allowed for that individualization,” Sacks says. “By emphasizing student-focused learning, we’re trying to be as comprehensive and multilayered as possible.”

Four years on, the results speak for themselves. From 2013 to 2018, FCS’ graduation rate increased by 11 points to just under 87 percent, the highest of any large metro-Atlanta school system. Of the district’s 101 schools, 96 displayed improvement, with nine of 19 high schools reporting double-digit increases.

The district’s test scores are likewise on the rise. In that same five-year stretch, FCS’ average SAT score climbed to 1051, exceeding the national average of 1044. Meanwhile, ACT results reached their highest level ever at 23.8.

IT support efforts have likewise seen marked improvement, resulting in a 95 percent success rate for all support tickets—218,000 of them—filed during the 2017-18 school year.

Such strides haven’t gone unnoticed. In 2015, Sacks was recognized as the Woman of the Year by the Technology Association of Georgia. In 2017, she was named CIO of the Year in the nonprofit category by the Georgia CIO Leadership Association.

Never one to rest on her laurels, Sacks is laser-focused on the future.

“Now it’s about reinforcing these strategies and making it simpler for both teachers and students to leverage technology,” she says. “That’s how you create the kind of culture change necessary for long-term success.” 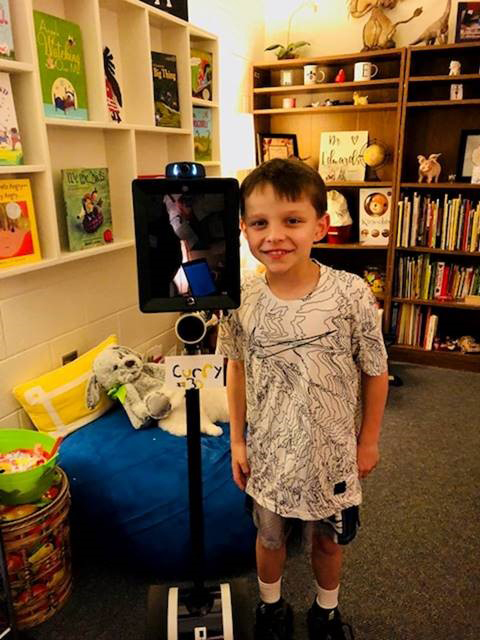 Thanks to a heavy dose of organizational change management, back-office processes—existing and forthcoming alike—are being documented by district subject experts through the ATLAS project, which Sacks says allows FCS to foster an increasingly collaborative mindset.

“It’s about having a shared understanding of current processes, pain points, and a future vision,” Sacks says. “The result will be best practices, open communication, and efficient process that are focused on exceeding internal customer expectations.”

We can’t forget the robots, of course. Slated for an even wider rollout this year, these Segway-like powered platforms epitomize FCS’ efforts to level the technology playing field, allowing every student—whether home with a cold or undergoing chemotherapy in the hospital—to stay engaged and involved.

For Sacks, the technology has a personal pull: While dealing with her own health issues last year, Sacks used the robots to work from home and even attend cabinet and school board meetings.

Sometimes, even the most ardent IT believers can use a hallelujah moment.

“Once the board members saw how effective it was, they decided to use it themselves,” Sacks says. “We’re moving away from the factory model of education, leveraging technology to help each student reach their potential and thrive at jobs we may not even know of today. Our current students are the entrepreneurs, leaders and caretakers for the next 75 years. Educational technology is my passion because it helps each student find their gifts, talents and dreams.”