Just because you’re a small community bank doesn’t mean that you can’t compete with the big regional banks. But if you do, at least in one way, it can pay big dividends, as Shan Venable can attest to at Altamaha Bank and Trust. 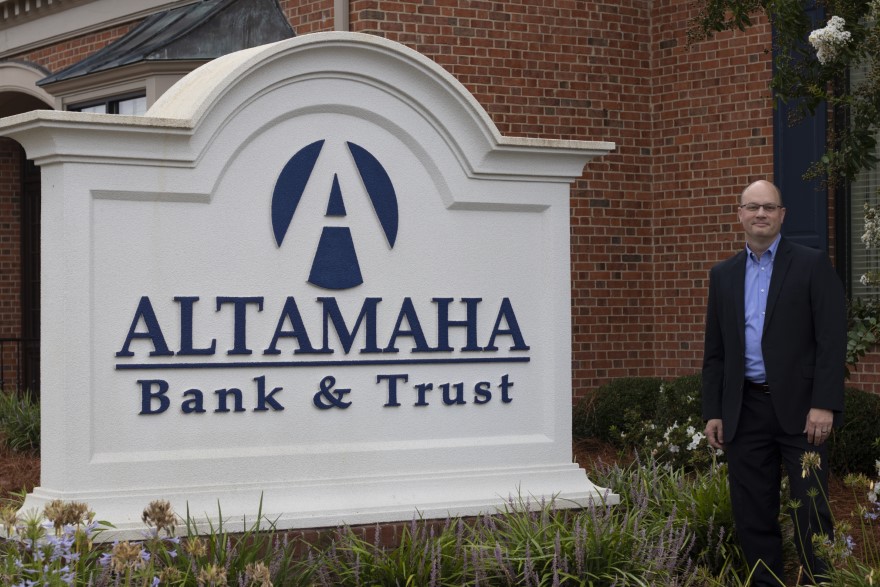 Investing more than $500,000 into the community bank over the past five years, Altamaha Bank made significant technology upgrades to its operations in Vidalia, Georgia—putting the financial institution in a position to make the area known for more than just its savory onions.

It was a phased approach executed by Venable, the chief technology officer and senior vice president: significant hardware investments including hyper-convergence and virtualization; building robust business continuity practices and boosting cybersecurity; and updating digital and mobility capabilities. His initiatives are now keeping services safe and accessible for more than 5,000 customers and 55 employees across all four branches—even during the COVID-19 pandemic.

“It’s a great community bank made even better,” Venable says. “We are all about relationships, and go beyond just the transactions. Now we are powered up to serve customers in a time of need.”

When Venable came to Altamaha five years ago, he got right to work. Having been employed by larger regional bank, he was poised to bring a modern approach to his new job. He reviewed existing capabilities and set up an improvement plan that would take several years to execute correctly.

“It was like building a house from the ground up,” he says. “We didn’t waste any time.” 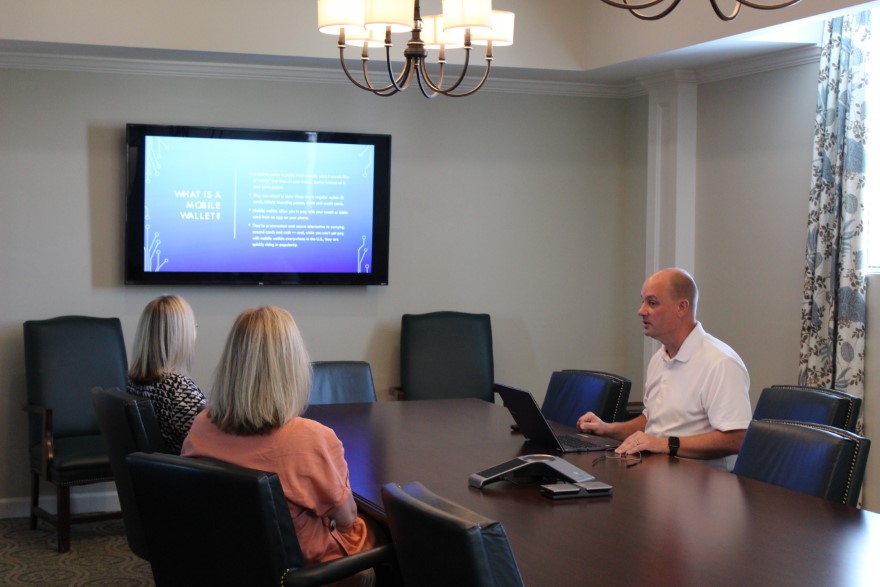 Venable explained to the board that the bank needed to do this the right way, which would require significant investment.

“They understood how we could leverage technology to help us compete, so we had their support from the start,” Venable says. “That made all the difference.”

Replacing physical servers with virtualized systems running on hyper-converged hardware was the first step. This meant training his staff in new skills that would enable them to make quick work of tasks that used to take hours. With new servers in place, it was time to tackle backup and recovery.

Previously, the bank used physical media that had to be taken off-site and were tedious to restore from. The new server backups were written to disk and replicated immediately to the banks DR site, a branch 40 minutes away. Now, if something goes wrong, administrators push a button to recover data in minutes, not hours as before. The new system also protects critical data every hour.

“It used to be a nightmare to recreate a day’s worth of transactions,” he says. “It’s a gamechanger for us. We are totally protected now.”

Improving networking capabilities between branches and mobile access came next.

Knowing mobile access was going to be key for bank managers to be productive, Venable implemented virtual desktop infrastructure using Citrix and layered on multi-factor authentication or “MFA.” This gave the bank staff access to all their desktop applications in a secure environment from any mobile device. Then, by replacing legacy circuits with fiber connectivity and dedicated internet access, the bank got faster connectivity that could support the next phase of Venable’s plans. 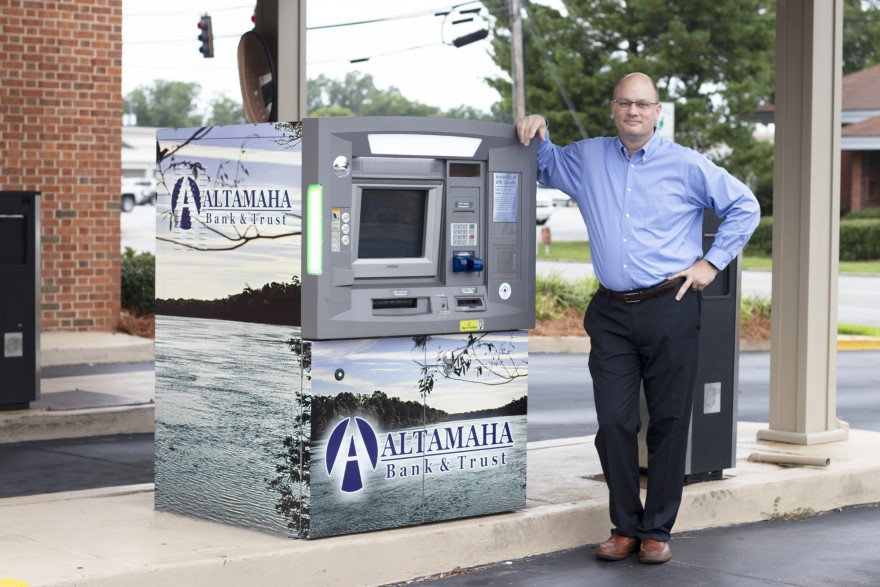 As he says, the pandemic shined a light on all the initiatives the bank already had in place and employees weren’t struggling when the crisis hit.

“Self-service banking has become the busiest “branch” we have now, when comparing it to physical locations,” Venable says. “We were prepared and it was good to see that digital self-service and employee mobile access paid off and validated all of our earlier activities.”

That said, there was still work to do in the area of cybersecurity.

As Venable explains, around 2008 at a previous employer, a traveling manager plugged an unpatched laptop into a bank network “and started the most painful 72 hours of my IT career.” Within minutes, he explains, the IT team was unable to log in to the network, accounts were getting locked out and files were not accessible. 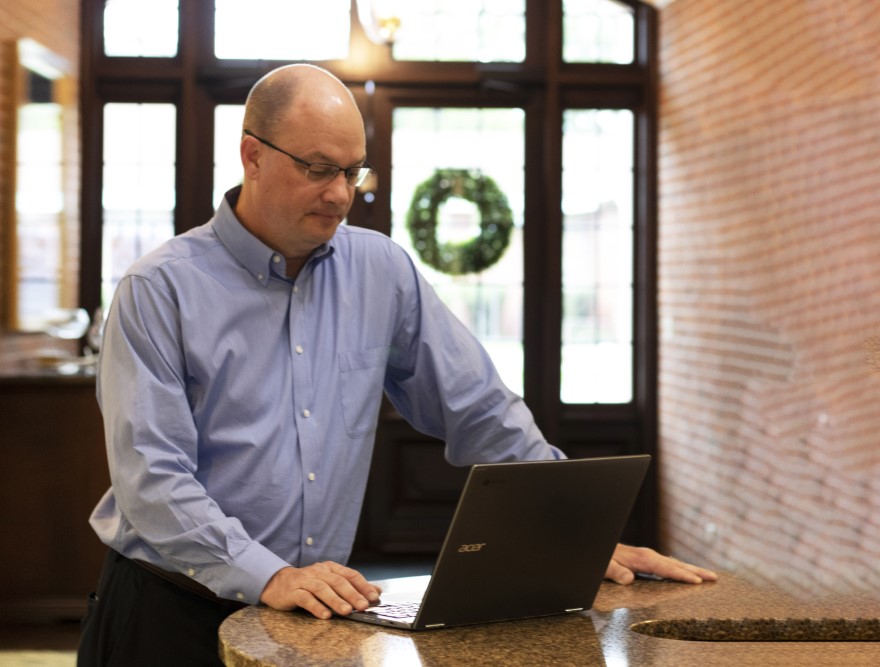 “Malware had infected our network and it took days to eradicate it and recover desktops and servers. I never want to go through anything like that again,” he says.

To make sure it doesn’t, he conducts regular training against phishing scams, uses automated patch management systems and has employed a security information event management system (SIEM) that monitors network and cloud traffic looking for suspicious activity. Once detected, IT staff are notified and the processes are terminated.

To support his initiatives, Venable says he relies on Charlotte, North Carolina-based Rebyc Security, a firm that specializes in cybersecurity, penetration testing and vulnerability assessments. He says even with good technology, bad actors find ways to try and outsmart the system.

“It becomes a game of whack-a-mole,” Venable says. “Rebyc brings a lot of skills to the table.”

In its work, Rebyc reviews how data is accessed, managed and secured, as well as how easily it can be recovered.

“We genuinely enjoy working with clients like Shan and Altamaha Bank who take cybersecurity seriously and understand its importance to the bank itself,” says Rebyc Security co-founder and Chief Information Officer Patrick Barry. “Working with Shan and his engaged team, Rebyc Security has been able to emulate real-world attack scenarios and assist Altamaha Bank with tuning their security systems to better detect and respond to these threats.”

“If you have a vulnerability, they will find it,” he says.

Lessons in customer service came early for Venable, when he worked as an IT manager at Oxford Industries. That was his first job after graduating with a BBA in information systems from Georgia College & State University in 1991.

It was at Oxford—an apparel manufacturer that made shirts for L.L.Bean, Land’s End and JCPenney—that he put his computer technology to work, helping the business to expand. 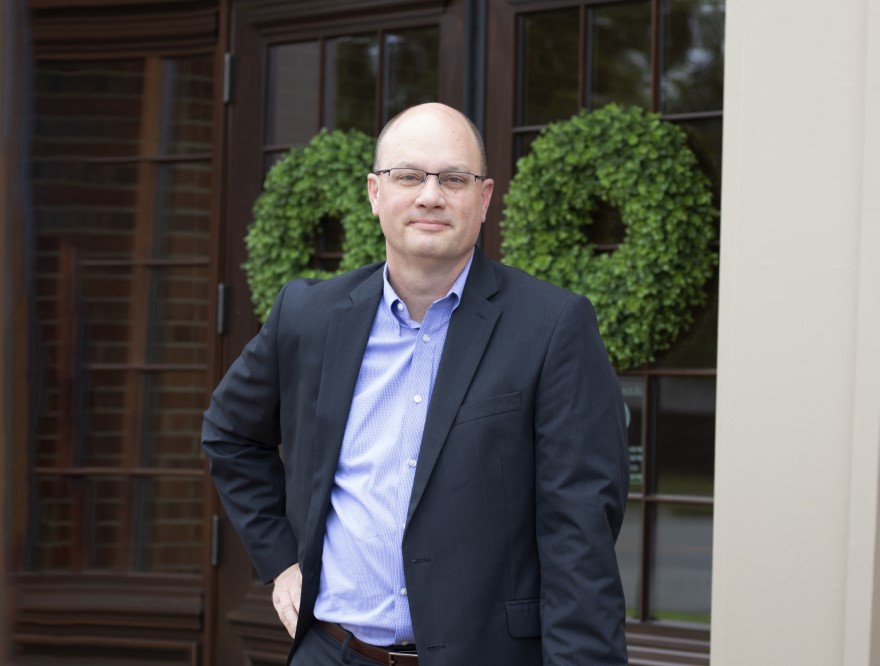 “I started out writing computer code and built materials handling applications from scratch. It really helped me understand how the business operates,” he says.

In 2002, he joined community bank Darby Bank & Trust Co. as the vice president of technology, focusing on technology improvements, information security programs and business continuity. When Darby was acquired by Ameris Bank in 2010, he took the position of systems architect. This Clayton County native never looked back when the opportunity came to move into a community banking environment again with Altamaha Bank. In fact, he loves the Mayberry downtown vibe of Vidalia, and feels right at home in this close-knit community.

“It is deeply rewarding to be a part of a team that puts people first,” Venable says. “I’m blessed to be here.” 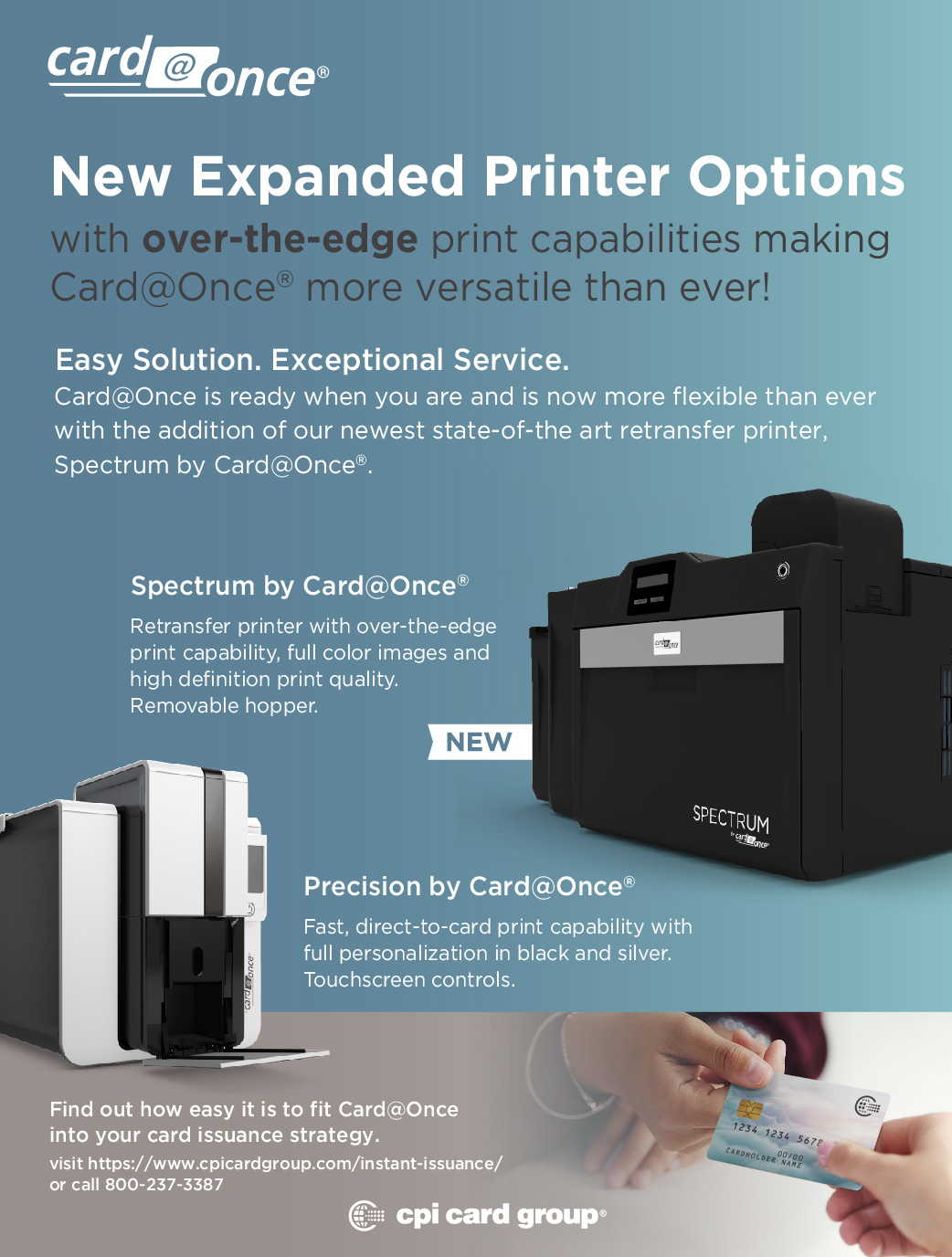 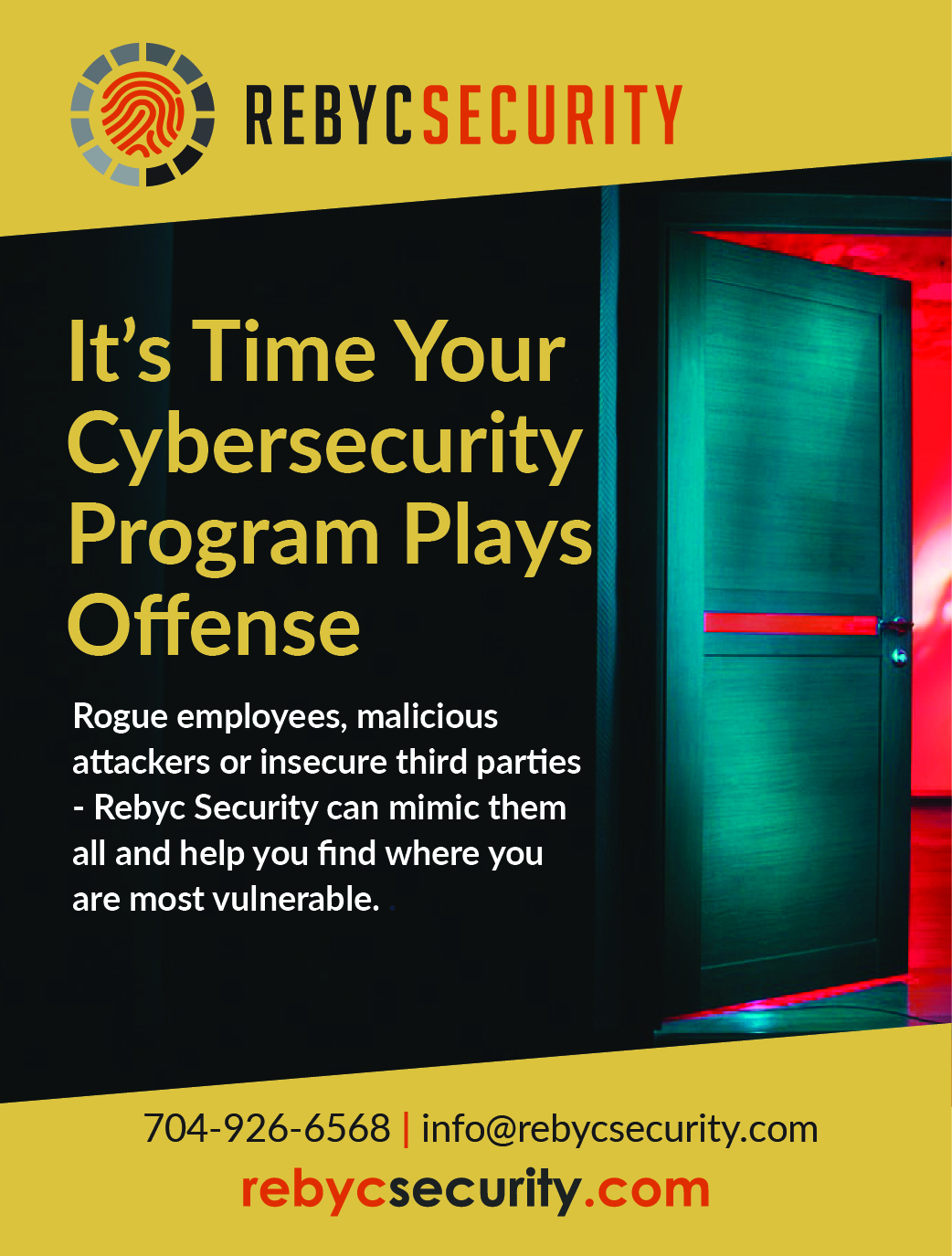