IT leadership can be a gritty job at Ervin Industries

If there’s one regret Sharon Noffze has about working at Ervin Industries, it’s that she never met founder John F. Ervin.

“He was one of the first recyclers, in my opinion,” Noffze says.

Ervin opened his first foundry in 1920, specializing in melting steel scrap and converting it into shot and grit that’s used for blast cleaning surfaces such as steel bridges and auto components, as well as peening for the aerospace industry. 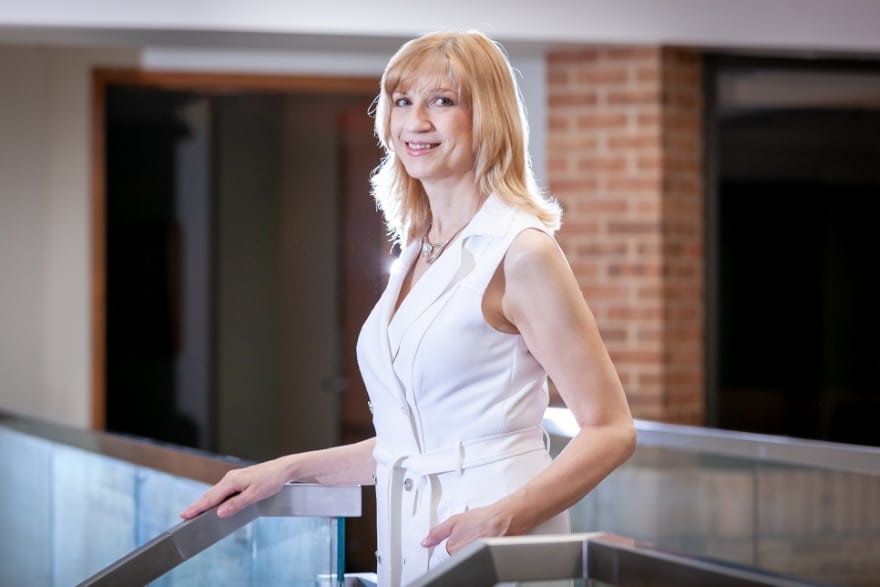 Since joining the company in 1993, Noffze has worked her way up to director of IT and has recently supported the company’s growth in Germany. This has required her and her team of seven to spend pre-dawn hours providing tech support because of differing time zones. As a third-party government vendor, she’s also leading enhanced security compliance efforts.

“We’re nearing the end of implementing major security changes,” Noffze says. “Without talented and dedicated internal staff, along with high level external support, this could not have been accomplished.”

Headquartered in Ann Arbor, Michigan, Ervin Industries manufactures AMASTEEL, AMACAST and AMAGRIT abrasives by melting scrap metal into shot that can range in size from a large bb to near-powder consistency. The shot is also crushed to make grit of various grades.

It’s a complex process, so Noffze is helping to better track what’s being made in three U.S. facilities, as well as two in Germany, and what materials are needed. She’s building an automated management resource planning system and incorporating it into the company’s enterprise resource planning platform. 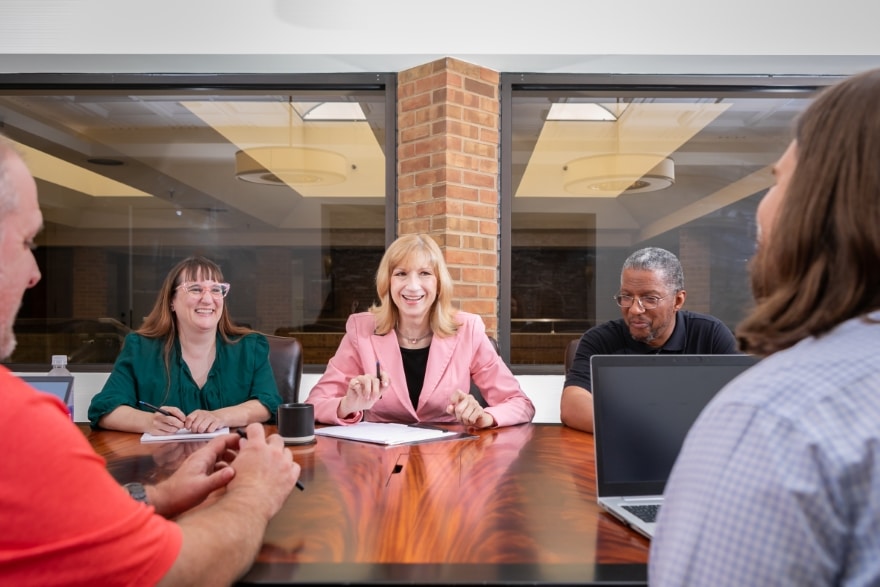 Automating inventory tracking for planning, production, purchase orders and shipping finished products is complicated because of the process of going from scrap metal to finite grit and abrasives. It’s not like putting together individual components to create a larger part or device. Instead, a wide variety of scrap metals are melted together and the molten metal is processed “into a diverse number of sales items which are relatively unrelated to the input other than the fact the finished goods are made of metal,” Noffze says.

“Transferring that complexity into an easy-to-use material requirements planning system is challenging,” Noffze says. “But it’s also kind of a fun puzzle to work out.”

The implementation will occur in stages with the complete MRP launch expected by mid-2023.

Noffze and her team are also ensuring the IT network and operations comply with federal guidelines as a third-party government vendor.

Compliance requirements include encrypting phones and information, changing passwords often and only using passwords that have a dozen or more characters and numbers—rules that apply to the German operations, too. 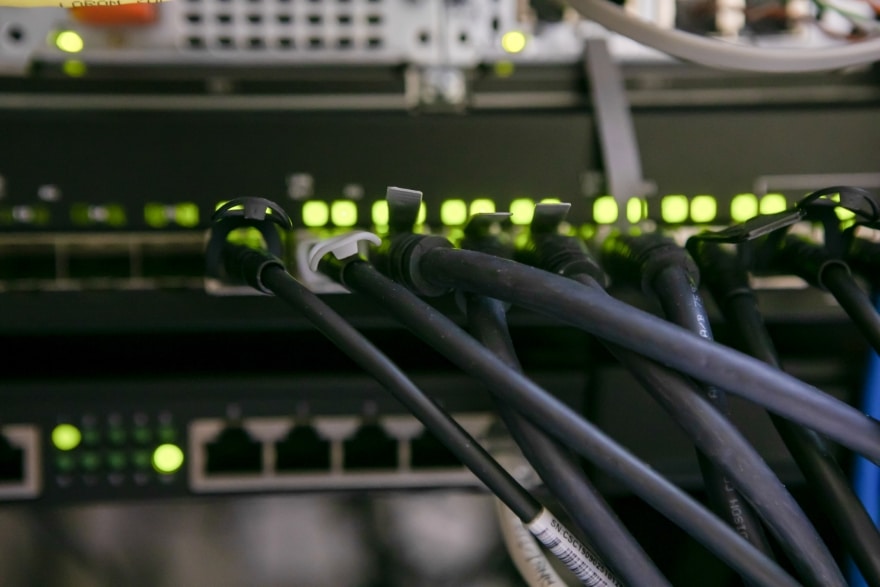 To meet these and the many other requirements, Noffze has been consulting with Planet Technologies since November 2021. The Washington, D.C., company keeps abreast of IT security regulations and offers monthly blocks of time she can use for a variety of purposes, such as having Planet Technologies monitor the IT network.

“Every single one of them is a rock star,” Noffze says. “Because they’re so good at it, they almost always know the answers right off the top of their heads.”

Noffze, who was born and raised in northern Michigan recalls learning about technology in high school. She began studying IT at Saginaw Valley State University before earning her bachelor’s degree in business management from Cleary University.

After starting her IT career in a bank, Noffze became a programmer-analyst for a 7-Eleven franchise holder who had more than 200 stores. She then joined Ervin Industries as a programmer-analyst and was promoted to supervisor of system development and operations in 1995. She became director of IT in 1999. 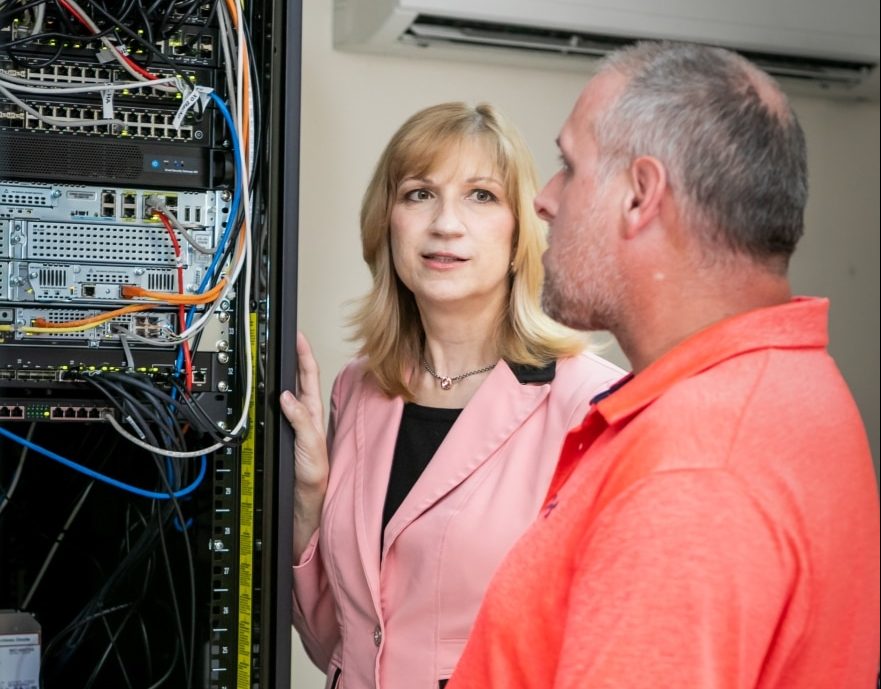 In 2014, Noffze led an upgrade to the company’s Sage X3 ERP that would connect U.S. operations with the company’s European locations. This required customizing the ERP to fit Ervin’s sales order process. Noffze and her team began working at 1 a.m. to support their German counterparts during the implementation.

When not starting work well before dawn or managing the details of compliance and inventory management, Noffze is an avid mystery reader and enjoys yoga.

With her tenure at the company approaching 30 years, she’s also proud her team has stayed together for so long in a profession where people change jobs frequently. The newest hire has been at Ervin Industries for four years and nearly everyone else has been there 10-15 years or more.

“Leadership skills are crucial for managing a huge international network with a staff this size,” Noffze says. “I have to be flexible, caring, give credit where it’s due and always have their backs, because the ultimate responsibility is mine.” 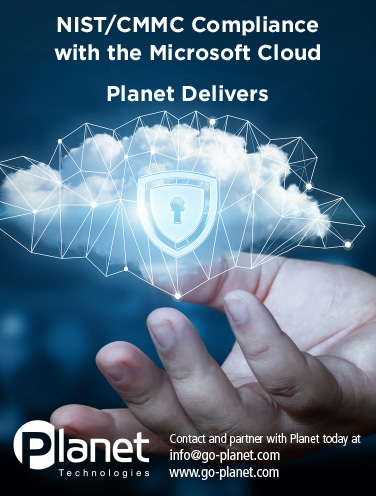