It doesn’t seem so long ago to Shaun Poulton that he was studying mechanical engineering at Lehigh University in Bethlehem, Pennsylvania, envisioning himself as a builder of infrastructure. That was during the early 1990s, just before the computer and internet booms which caused him and so many other scientifically-inclined young people to shift paths.

Not that he’d abandon engineering. Poulton would just expand his horizons with courses in information systems management upon transferring to the University of Maryland Baltimore County, and feel so comfortable in this fast-growing discipline that he’d get a degree in it. Demand for such expertise would only grow exponentially, he anticipated. 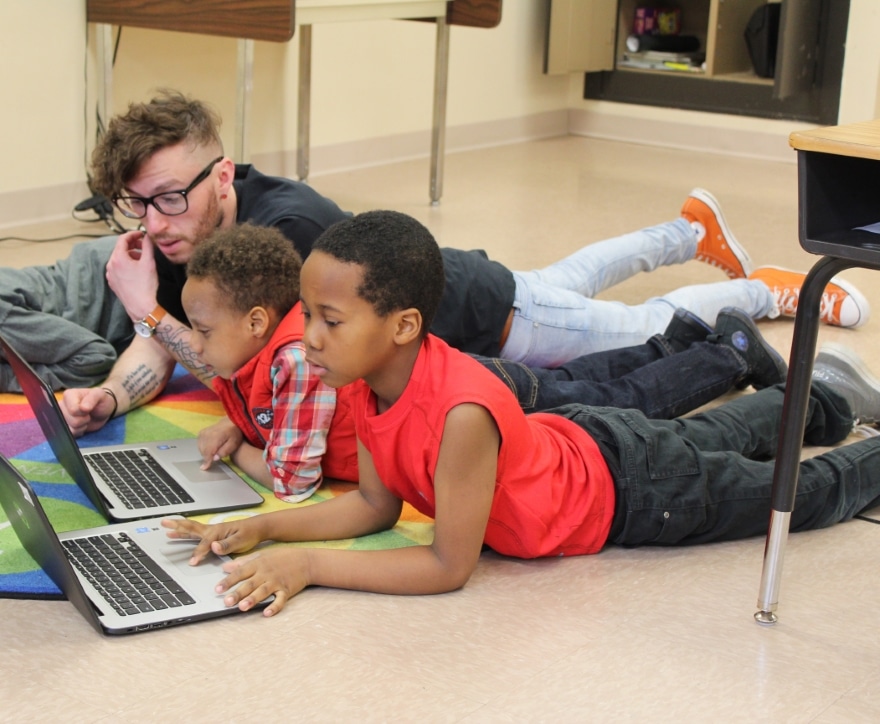 “I also found computers to be more fun than the math and physics courses I’d need to be a mechanical engineer,” the friendly Poulton tells Toggle in April. “And I’d still be able to be a builder, only maybe not of bridges.”

In a figurative sense, however, he may indeed be building bridges. For in early 2017 Poulton leveraged a formidable high-tech resume to become the first CIO of Salisbury Management Inc., a health care support services provider in Baltimore whose mission is to enable the five social service companies it serves to provide better care to patients, consumers and students at 130 locations in Pennsylvania.

“A most meaningful mission,” is how Poulton describes his overseeing a long-overdue digital transformation at SMI. “What drove me into this position was the opportunity to make a difference for so many people who can’t get by without a lot of outside help.”

Though SMI had infotech directors prior to Poulton’s arrival, the private company was expanding well beyond its mom-and-pop culture and needed a strategic and critical thinker to lead and supervise an IT team of around 20. It’s an increasingly wired world, after all, not to mention one in which the need for data privacy is paramount, especially for a company entrusted with a huge amount of the most sensitive personal information. 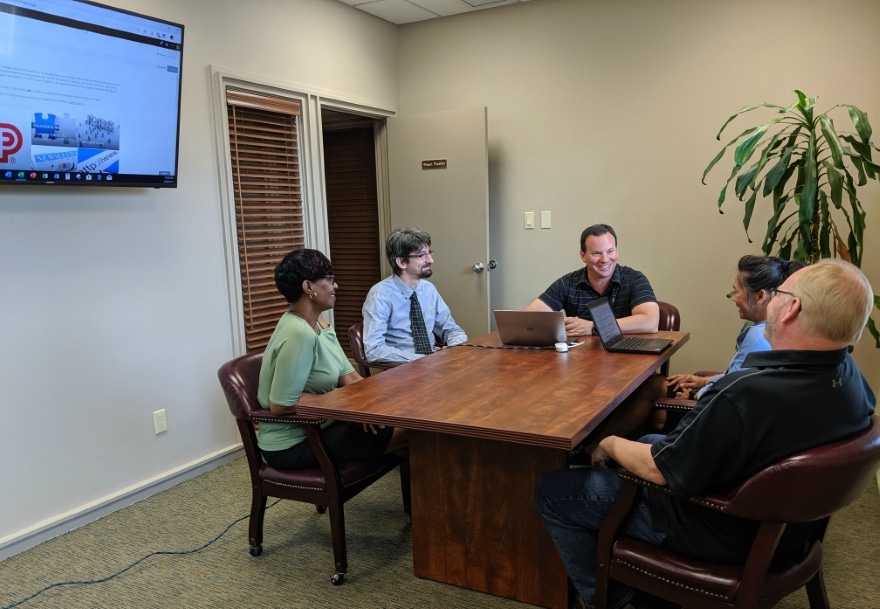 SMI provides software services to companies in behavioral health counseling, residential care for the behaviorally challenged and intellectually disabled, private special education schooling, facilities management, home nursing and also offers unique programs for the deaf and hard of hearing. Poulton’s first two years on the job entailed a lot of playing catch-up with system upgrades, but he can report much progress on his watch and eagerly explores options to better serve the clientele.

“Among the things we’ve done that have had the broadest impact has been updating the infotech infrastructure,” he says. “Getting everybody on Office 365 has enabled us to embrace the cloud and such functions as Skype, Teams, OneDrive and SharePoint. It’s fostered a real sense of collaboration that we didn’t always have.”

Then there’s the implementation of SAP Concur, cutting-edge software for automating invoice and expense management and streamlining what had been inefficient and manual processes.

Meanwhile the private special education schools that are supported by SMI can take advantage of the new Skyward software that automates and simplifies daily tasks in such areas as student management, financial administration and human resources.

Weaning veteran office workers from legacy systems can present another challenge, Poulton acknowledges, but he’s shown sufficient patience in training sessions and seminars to get the other departments up to speed. Eventually, almost everyone comes to embrace the new systems as the time-savers they are meant to be. A slew of repetitive functions having been replaced by automation make for a much smoother operation.

A more secure one as well, Poulton is quick to say, and it has to be, SMI being entrusted with its clients’ accounting, billing, contract administration, electronic medical records, human resources, insurance management and statutory reporting. Then there’s compliance with such regulations as the Health Insurance Portability and Accountability Act that ensures privacy, and the Family Educational Rights and Privacy Act that affords parents the right to access their children’s school records and have some control over the disclosure of personal identification.

The road from here

This year should be a productive one for SMI, Poulton explaining that initiatives will include the expansion of the remote counseling that’s so necessary to serve patients in far-flung rural locales. Pilot programs for speech and language pathology being underway, there’s a foundation he expects to build upon. His versatility noted by the brass, Poulton also has been handed the responsibilities of marketing via traditional and digital means.

“If I were to define our goals, I’d say we have to work smarter but not necessarily harder,” he says. “As an IT department, we’re building partnerships with the other in-house departments as well as with the companies SMI works with.” 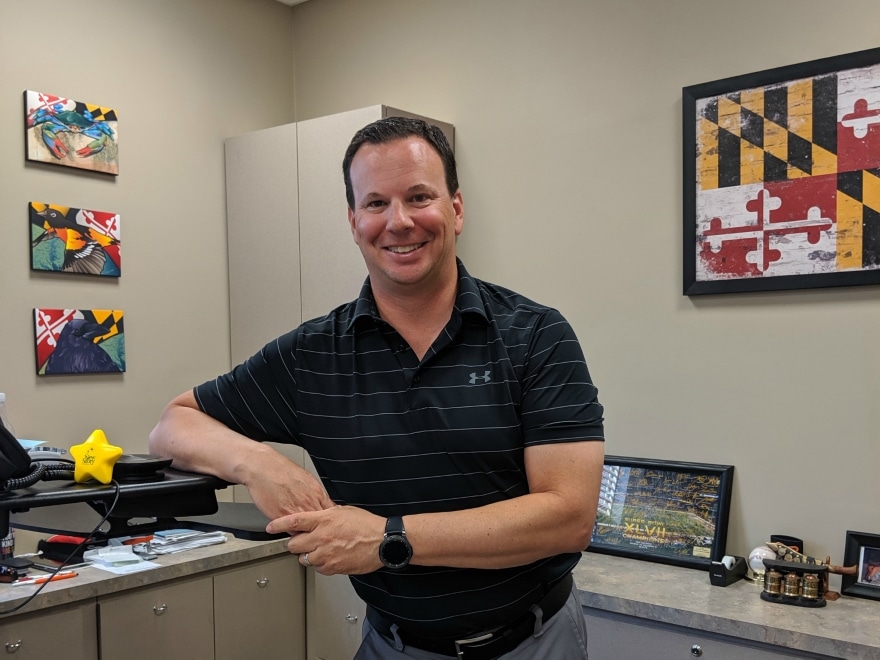 Sounds like virtual bridge-building, Poulton is told, and he reminds that it wouldn’t be possible without harnessing the increasing possibilities that IT has to offer. But Poulton always seemed to have a sense where technology was going, and has made it his career since becoming a programmer and analyst with the Commerce Department’s National Marine Fisheries Service in 1992.

“They told me to find out about this Mosaic thing, which was the first web browser created,” Poulton recalls. “So I was able to get in on the ground floor of web technology, and it’s been a fun ride, marrying the web with business applications and developing software.”

It being very much a brave new IT world, Poulton would have ample opportunities to ply his skills as a programmer, analyst and consultant for numerous companies, and co-found SilverLake Technologies in 1997, a service provider lauded for its portal management.

He had just finished a six-month stint as an executive IT adviser to Hartman Executive Advisors of Timonium, Maryland, when the SMI opportunity arose. Now a 46-year-old married father of three teenagers who coaches youth football in the Baltimore area, Poulton won’t regret that career shift of nearly three decades ago, his anticipation of technology’s growing importance vindicated.

But essential as high-tech is to any kind of human service, he’ll tell you that the human still comes first. Indeed, a day at SMI provides a convincing reminder.