Why the Force is with him

A man for whom the most complex technologies are second nature, Shesha Krishnapura can find inspiration from the most unconventional sources. 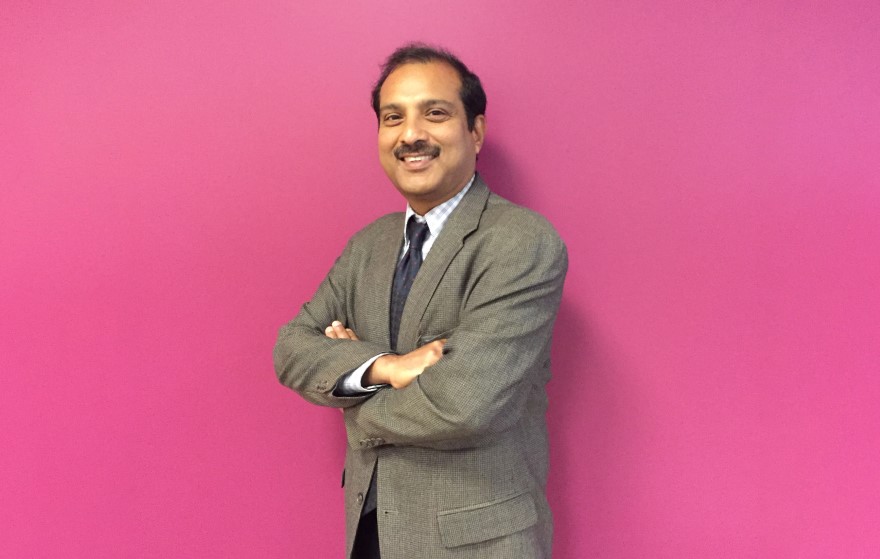 “The greatest teacher, failure is,” he quotes none other than Yoda, before adding to that Star Wars wisdom with “abundance is the biggest liability.”

That said, one must surmise that any failures Krishnapura endured must have happened decades ago in his native India, long before he joined Intel in 1991 as a young engineer, continuously learning and contributing to the company’s technological evolution.

At Intel, the world’s largest and highest-valued semiconductor chip manufacturer and inventor of the x86 series of microprocessors found in most personal computers, there would seem to be an abundance of wealth and amenities. At the Santa Clara, California, headquarters Krishnapura serves as an Intel Fellow (more on that unique title later) as well as the Information Technology CTO.

But he continues to operate as if resources are in short supply, for Krishnapura is an evangelist when it comes to preaching on how such an atmosphere can foster the creativity necessary to thrive in a dynamic infotech world.

Best and the brightest

“I’ve been able to make big impacts with small teams,” the lively Krishnapura tells Toggle in February. “I’ve never asked for more people and money. I’ve just found the resources and the best and brightest people and have been able to create what has taken others years to create.”

That kind of passion should sustain Intel in a world that Krishnapura estimates has 50 billion computers and interactive devices, and many times that number of chips to make them tick. 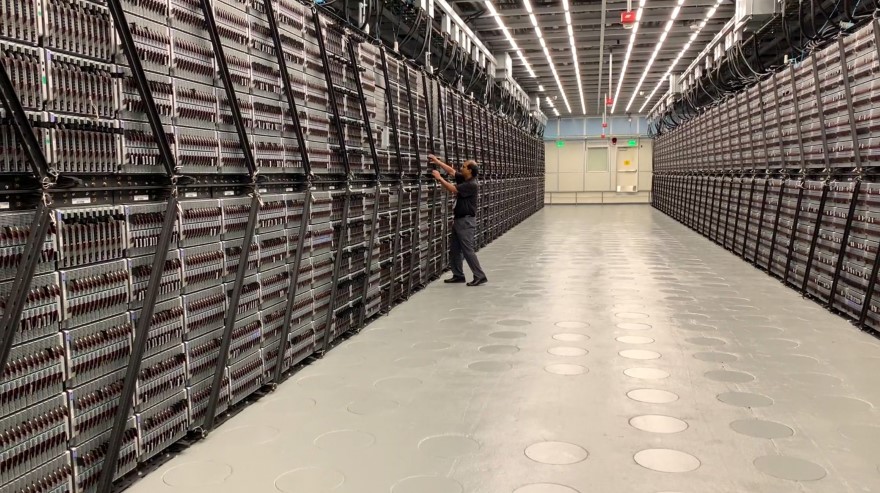 Krishnapura oversees the assembly of massive data centers that hold more than 300,000 interconnected computers. Over 50,000 engineers access those computers in designing and developing not only the world’s most powerful chips, but also the software tools that go into smart and connected devices.

And what he calls the best data center anywhere, built from a repurposed old non-operating silicon factory next to Intel’s headquarters, and assembled with his input. It’s a most environmentally friendly one as well, Krishnapura eagerly mentions, citing the sustainable philosophy that Intel advocates and has been cited for as an industry model by the U.S. Department of Energy.

The data center uses an evaporative cooling system dependent on recycled water bought from the municipality. He’s found ways to bring further efficiencies by reducing the number of data centers from 91 to 56 in the last eight years, despite Intel facing more computer demand. Intel chips capable of holding more transistors are prime ingredients in the secret sauce, along with 201,000 servers in this data center.

Going green is a strong passion of Krishnapura’s, whose concerns about data centers spewing greenhouse gases and wasting energy can be traced to his frugal upbringing.

“Throwing anything away is waste,” he says. “Used batteries? Can’t they be reused or recharged? Where I grew up, we made use of whatever we had.” 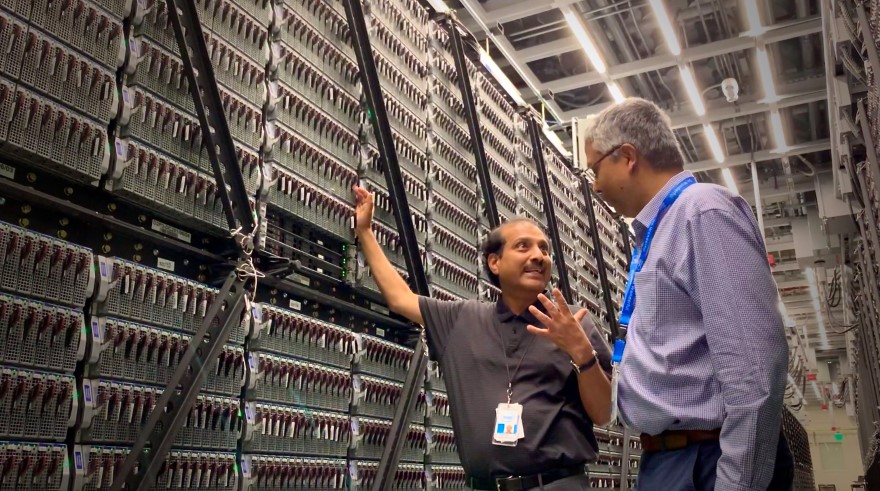 Krishnapura passionately tells how Intel needed to expand its data center capacity and was considering buying a new building to house its additional server nodes. He, however, found the potential environmental impact of building a new facility unsettling.

“That feeling drove me to fall back to my framework,” he says. “Intel had a retired Silicon Fab building on our campus and I reimagined, ‘Why can’t we repurpose this building into a data center in a way that reduces waste?’”

Finding ways to leverage existing real estate assets is an impressive feat in and of itself, though Krishnapura chose not to stop there. As innovations in compute, storage and memory technology occur, data centers such as Intel’s, must refresh their footprint by replacing older servers with newer, more robust and higher-density servers. 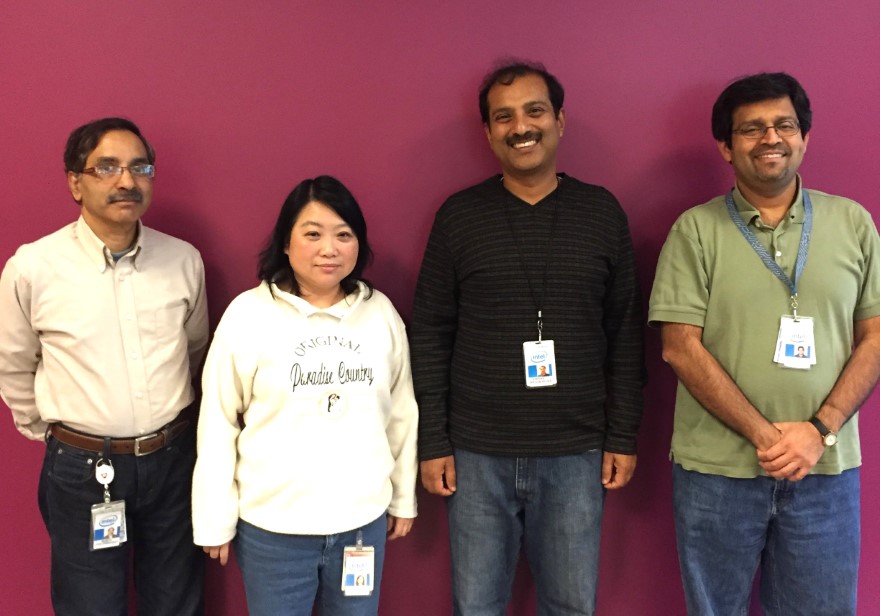 But while that’s great for performance, it’s at the cost of environmental impact due to the older servers largely ending up in landfills. In line with Krishnapura’s 4R Framework, the third R—reuse—gave him the inspiration for one of his proudest innovations: the breakthrough disaggregated server.

Being just as conservation-minded with economics as with the environment, Krishnapura is saving the company dollars and technician time through a disaggregated server design that allows independent refreshes of central processing units and memory, while making use of the same chassis, power supply, network, disk and cooling modules. He says the increasingly efficient data centers have saved Intel over $3.8 billion over the last 10 years by not relying on an external public cloud.

Krishnapura partnered with Supermicro for the development of this disaggregated server technology in part because of its emphasis on green computing. 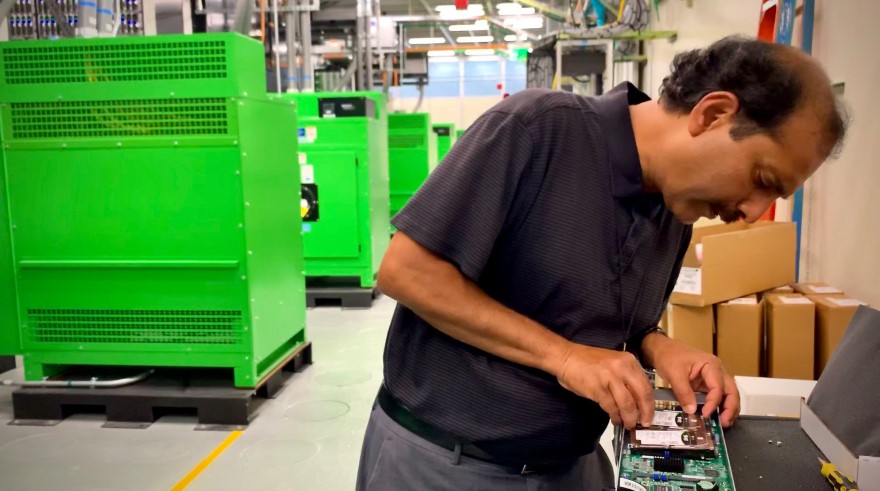 “Innovative technological advancements occur at different rates in the compute, storage and network domains, and it’s critical to keep refreshing those at their individual rates of change for maximum workload and economic value,” he says. “However, it doesn’t make much sense to throw away chassis, fans, power supplies and drives. Fans and power supplies have a useful life that are higher by an order of magnitude and chassis can last indefinitely—it’s a waste to throw away this much useful material.”

Getting to the final R in the framework, Krishnapura hopes to reinvent the way CIOs and CTOs think about server refresh. In addition to the dual benefit of reduced costs and positive net environmental impact without any negative performance impacts, Krishnapura’s data center features many innovations in server, storage and network efficiency, as well as achieving a coveted Data Center Power Utilization Efficiency (PUE) ratio of 1.06.

A Fellow in good standing

His creativity and leadership have brought him internal honors, Intel three times presenting him with its highest recognition, an Intel Achievement Award.

“The Oscars of Intel,” as Krishnapura refers to these prizes in four categories: Technological Innovation, Collaboration and Smart Reuse, Extraordinary Leadership, Speed and Execution. Having been a three-peater, Krishnapura was appointed an Intel Fellow in 2016, which he likens to the status of a tenured professor at a prestigious university. 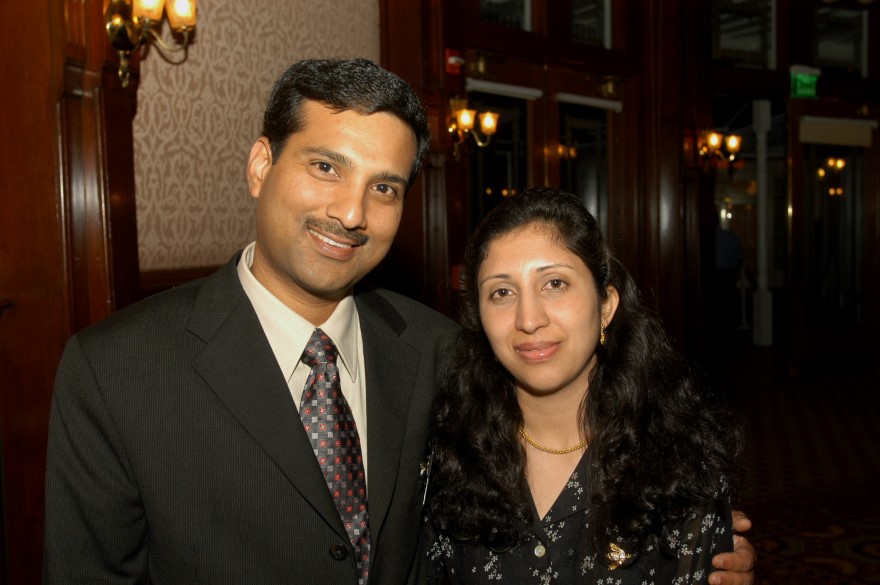 Shesha and his wife Malini

But he won’t let that prize stand in the way of his greater mission, that being to use whatever resources he is afforded to take Intel to a higher level. Teaching technology being as much a passion as applying it, he’s taught Stanford’s High Performance Computing Course over the last four summers, giving him an eye on young talent that might have a place at Intel.

It’s an ambitious workload, and he has his own methods for staying mentally and physically fit.

Krishnapura’s home is on a sparsely populated Northern California hillside, where there’s a 9.3-mile hike covering 2,700 vertical feet. There was a time when he’d do just part of it, listening to podcasts. Now, come late Saturday and Sunday afternoons, it’s just him—unconnected.

“I just want to be in nature,” he says. “I start when it’s twilight and let darkness fall. It’s serene and peaceful and lets the brain reconstruct itself. No more are you into electronics. Your thoughts become clear.”

Clear as Yoda’s, whose philosophies so stand the test of time. Even Darth Vader got the message, though it took him several sequels.