Well wired behind the scenes

City managers have come and gone during the past 33 years in Sparks, Nevada, a community of almost 94,000 just east of that gambling mecca of Reno. Same for mayors, city councilors and city managers. And police and fire chiefs and public works directors.

But there have been some constants, high among them Steve Davidek, who has been the municipal info-tech wiz since those IT dark ages of 1984 when punch cards had yet to be obsolete and hard discs were cutting edge. When it took boxes upon boxes to store data that’s now easily entered on a mobile device. When the first personal computer had yet to be installed. 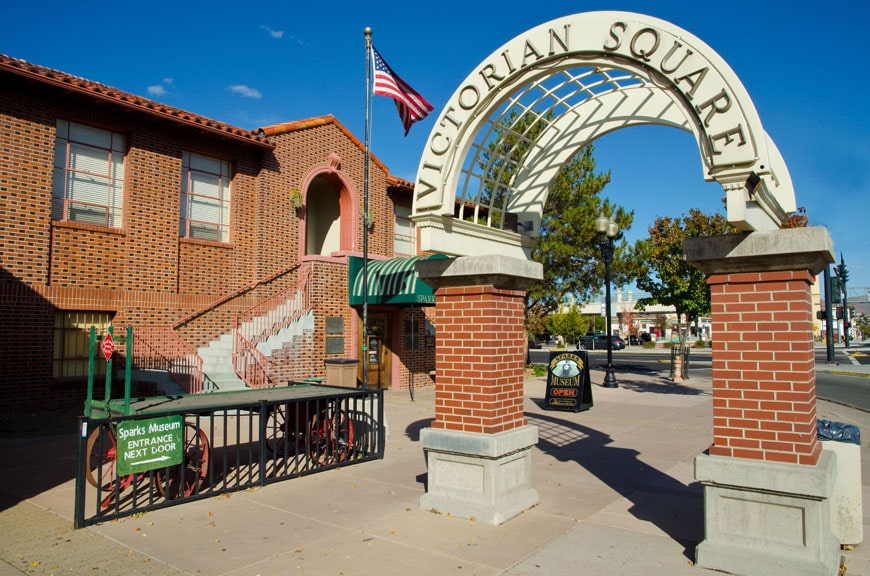 With the help of a staff that’s down to just nine, Davidek has overseen all those changes, continually educating himself on the latest from the digital world. The spry 55-year-old has no imminent retirement plans, but can see himself passing the torch a few years from now.

Until then, there will always be plenty of work to do. Work that most folks wouldn’t notice unless it went undone.

But that’s never been the way Davidek has operated. And while his resume could have him standing out in a crowd, he’d prefer just the opposite.

“IT in my opinion should exist without anyone knowing we’re here,” he says. “Our job is to make sure the websites work. When they don’t, there’s a problem and that’s when we’re called upon to fix it—immediately.”

Having solved more IT crises than he can remember over the course of more than 30 years, Davidek’s modesty is as becoming as it might be well-advised, as the ever-changing nature of info-tech—and rotating public figures—can mean that responsibilities are maintained rather than consummated.

That’s especially true during lean times such as in the mid-2000s when Sparks, forced by recession to reduce its work force, lacked the funds necessary to replace its personal computers or hire the additional techies who could maintain the obsolete devices.

The best option seemed virtualizing desktop infrastructure with VMware software and HP Thin Clients, which could bring about data centralization and easy-to-maintain devices for clients, many of whom needed a crash course on the new gizmos. Sparks has since relied on HP Velocity software, built into HP Thin Clients, to accelerate network performance.

“Sparks is a very progressive place; it leads a lot of cities in initiating new technology.” – Summit principal John Georges

Working with Summit Partners LLC, at the time a fledgling full-service IT consulting firm based in Las Vegas, Davidek oversaw installation of a new system that proved popular with the two dozen or so court employees. They only had to log in upon coming to work and could move around while continuing their duties on remote devices. Now a thriving operation with offices in Utah and Colorado, Summit Partners continues its affiliation with Sparks as well as with other western communities.

“Sparks is a very progressive place; it leads a lot of cities in initiating new technology,” says Summit principal John Georges. “And Steve’s a very forward-thinking guy. When he looks at technology, it’s with the idea of not just what it will do today but what it means for the future. His vision extends to providing the citizens location services around the city.”

Eventually the virtual desktops were standard operating procedure throughout most city operations, bringing about greater efficiency and cost savings, and allowing the more ambitious staffers to bring their work home without a briefcase packed with files.

“We had just gone virtual with the recreation department in late 2005, replacing its old server and the day after we installed it, they came into work asking why the system was so much faster,” Davidek remembers. “I thought, ‘holy cow, we can make everything so much more efficient.’ We’ve never looked back.” 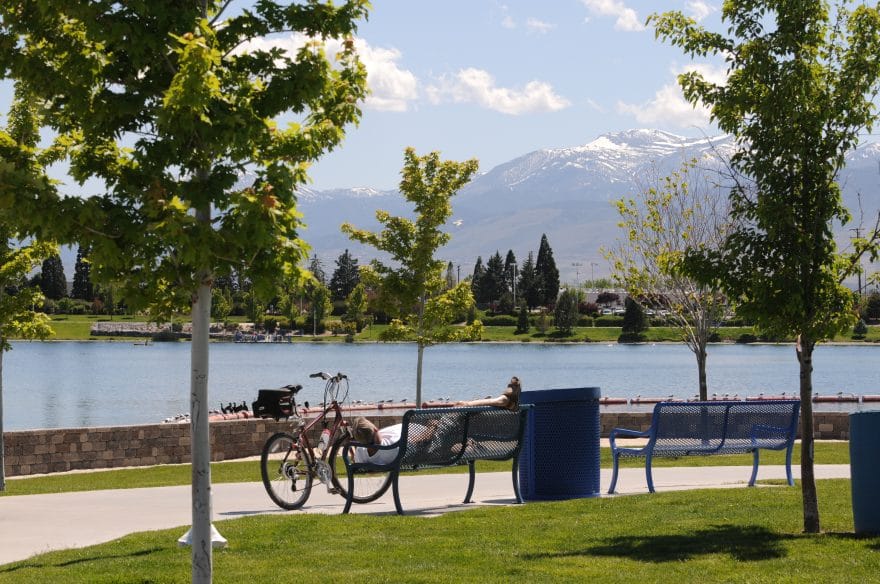 Davidek says the city then leveraged “phenomenal savings” into Wi-Fi and fiber optics, putting Sparks on course to upgrade services via phone apps that allowed residents to remotely complete a slew of tedious tasks, such as filing for business and building permits and civic licenses.

Sparks IT now supports over 75 servers, including Windows and VMWare, and boasts a storage area network of about 200 terabytes. Davidek’s staff supports everything from desktops to networking, software support for all municipal departments and functions including finance, court, utility billing, business licensing, permits, web development and more. Virtual desktops now number 170 and are accessible by Thin Clients, as well as tablet and mobile users.

“I don’t think there’s a department we don’t affect,” he says while emphasizing that so much of the effort goes unnoticed. Motorists aren’t aware that their daily commutes are eased by the city applying information garnered from computers. Homeowners don’t give a second thought to the efficiency of the sewer lines whose capacities are remotely monitored by public works. Municipal decision-makers have access to more data.

Not yet into sunset

While Davidek foresees pursuing other opportunities before he’s 60, he’s got plenty of challenges in the next few years. The Nevada legislature has mandated body cameras for the Highway Patrol, and Davidek anticipates that local police departments and court marshals will also be made to wear the devices. He’s already conferring with the police brass to ensure the infrastructure will be in place to store the videos.

“I don’t want to be the manager to say we’ve lost it because we had no backup plan,” Davidek says, noting the sensitive issue that body-cams have become for law enforcement in general. “If something’s deleted, I’ll have to have a copy available. I’m really working on this before I can think seriously of retirement.”

Of course, the issue of data security transcends body cameras. Davidek notes that Sparks IT—like so many systems elsewhere—has been victimized by ransomware, the hi-tech malware that holds data hostage or threatens to distribute it unless a ransom is paid. Three times he’s had to restore systems, remind staffers to be suspicious of clicking on links that might have been hacked, and appeal to vendors for enhanced security. 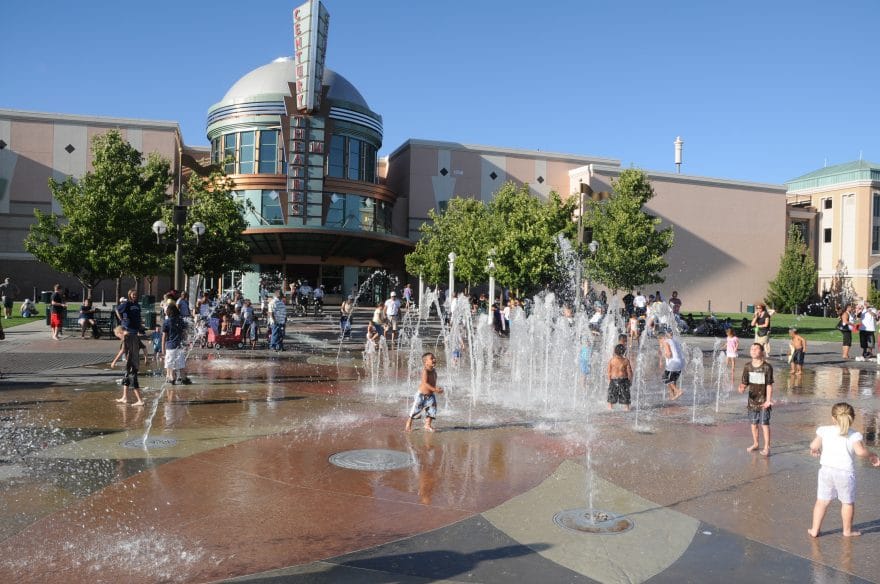 “Those people,” Davidek muses in regard to the hi-tech vandals. “I wish they’d put their brains to work elsewhere, like curing the common cold. My biggest fear is what they’ll think up next, and whether we’ll have the tools to stop them.”

On-the-job headaches remain, but there are plenty of reasons to be upbeat in scenic Sparks, a community custom-made by the Southern Pacific Railway in the early 1900s. At the time just swampland and ranches, the area was eyed by Southern Pacific as a means of shortening a line that passed through Wadsworth to the east.

When Southern Pacific offered its Wadsworth workers clear deeds to Sparks property and agreed to actually move their homes to the new locale free of charge, 67 lots changed title that day for just $1 each.

The town built by railroad now stands to grow more from another mode of transportation: The electric car manufacturer Tesla Motors has an immense facility for the mass production of lithium-ion batteries under construction in the Reno-Sparks area. Gov. Brian Sandoval estimates that this facility will bring $100 billion in economic benefits over the next two decades to an area long dependent upon property taxes and tourism, neither of which proved reliable revenue sources during the Recession and subprime crisis. Google has also bought a sizable tract of land, the purpose of which folks could only speculate about earlier this year.

Davidek isn’t sure whether Sparks’ advanced hi-tech played a role in either corporate decision, but thinks Tesla and Google will both benefit from the wiring. One thing seems certain: They’d both note the need if it wasn’t there.

Just like everyone else in Sparks. And then Davidek would have the recognition he keeps laboring to do without.