After growing up in Jackson, Mississippi, public schools, and working for them in various capacities for more than 15 years, Stephan George was moving on and ready to tackle a new challenge. But then the district superintendent hit him in what he called his “weak spot.” Come back, he said; do it for the children.

“That sounds clichéd, but it is really why I do the work that I do,” says George, who has served as executive director of Jackson’s IT department since early 2015. “All the children we serve are our today and our tomorrow. To have a hand in contributing to that is phenomenal.”

It’s been quite the contribution so far. Setting stringent expectations and deadlines, George has overseen wide-sweeping projects that, in just a little over three years, have brought the district’s K-12 schools into the 21st century. His is a running-on-all-cylinders style—but one with a personalized touch that is in line with the district’s motto:  “Building Stronger Schools Together!”

“All of us are passionate about the work that we do,” George comments in an interview, while working straight through a recent week-long, district-wide spring break.

Getting back to the future

An area native, George was a student in the system, showing a proclivity for computers and electronics. He laughs and says he’s giving away his age when he recalls first using the IBM PS/2 with its giant floppy discs. 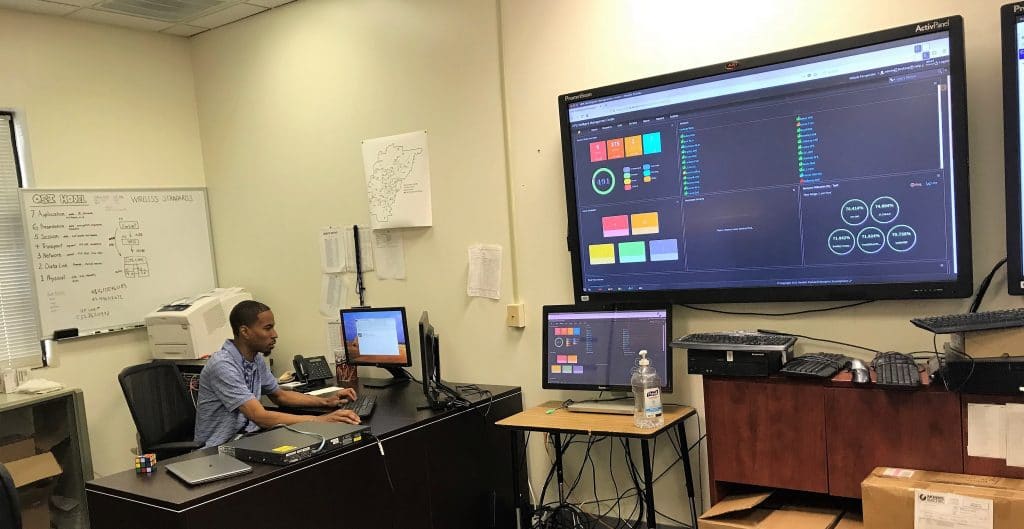 “It just really intrigued me,” he says, adding that he was always a kid who tinkered. “I can’t tell you how many times I was reprimanded as a child for tearing something up and trying to figure out how it worked.”

He began working for Jackson’s IT department prior to graduation, first as a technician, then working his way up to various levels of analyst, supervisor and enterprise architect, after graduating.

But when he returned to the department as director, after taking a two-year hiatus, he was disheartened to see not much had advanced—in fact, quite the opposite. “It was as though it had literally gone back in time,” he says.

Although the installation of wireless had been tackled in bits and pieces over the years, it was spotty and unreliable. So George came up with the aggressive plan to make all schools 100 percent wireless by 2019. Despite some stop-and-go due to budget issues, that project is largely on track.

Having this capability enables educators to explore innovative teaching methods; it also lessens physical space needs and capacity issues because students don’t have to use traditional hard-wired desktop computers. “It affords you so many more options,” George says.

Meanwhile, to compensate for longstanding electrical inefficiencies in the citywide power grid, the district has invested in “power bank” battery-powered devices that keep things up and running even when there are bandwidth issues or outages.

Continual infrastructure upgrades will be essential going forward, George stresses; he points out that much of the district’s equipment is from the early 2000s or even the late 1990s. Crucial as it is, though, it’s often taken for granted because it’s out of sight, “analogous to piping under the street,” he says, even as it’s “oftentimes way more expensive than the surface stuff.”

While Jackson Public Schools is making strides, it still has a long way to go, George acknowledges.

Families have been moving out of the area or opting for charter schools. When George started, for instance, the system had roughly 31,000 students—compared with around 25,000 today. Similarly, due to those dwindling numbers, as well as district redrawing, it has also recently closed one middle school and five elementary schools. 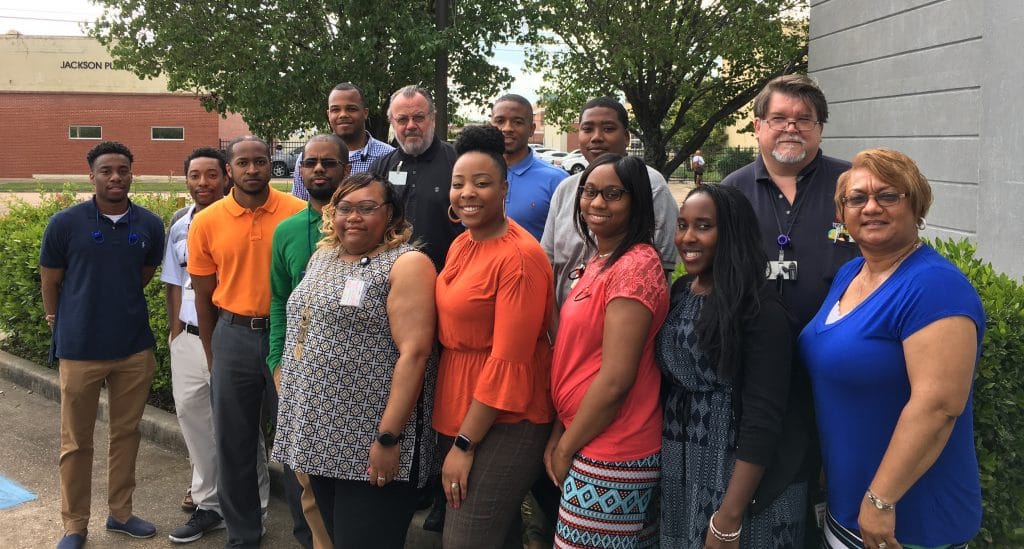 Officials have been analyzing the matter; locally, the hope is to draw students back into the fold as the district continues to boost its capacities and innovation. From an IT perspective, George notes, that means not only investing in the most up-to-date equipment, but managing it in the classroom so that teachers use it effectively.

Meanwhile, to foster camaraderie in the community, George stays in touch with former students and colleagues; some have gone on to careers in law enforcement, while others have become certified ethical hackers or heads of local tech companies.

Ultimately, he praises his small department of roughly 20, calling it both tight-knit and an asset. They don’t have the “luxury of throwing money at problems.” They’re required to think them through.

He adds that, “I may have the vision, but I’m not the only one bringing it to fruition. It’s everyone working as a team.”