Not too big, not too small, Lincoln, Nebraska, is just right for city-state IT partnerships

When he’s walking through downtown Lincoln, Nebraska, Steve Henderson bumps into a lot of familiar faces, many of them co-workers, past and present.

Born and bred in Lincoln, Henderson met a lot of people, personally and professionally, during his 32 year career in the state‘s Office of the CIO. His personal connections made his work worthwhile, giving him the sense that he was “working to make life better for real people around me,” he says. 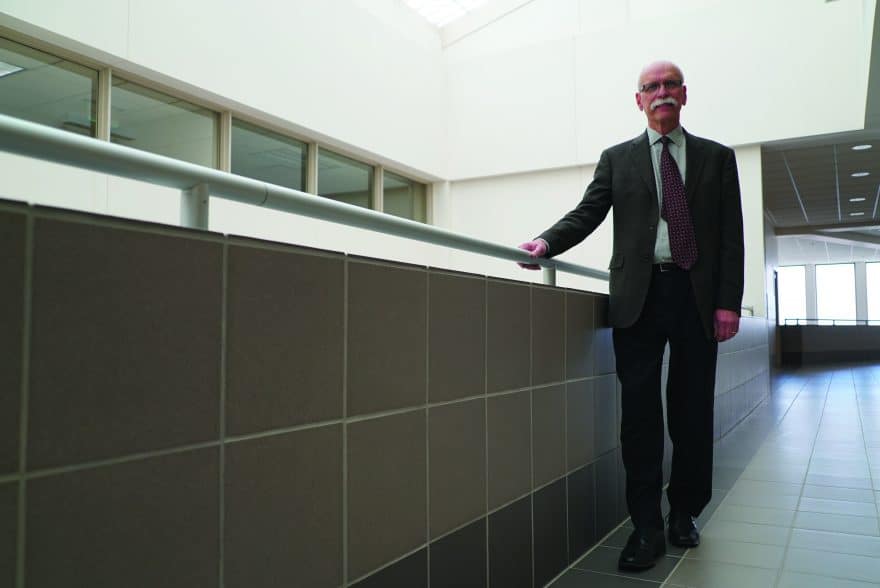 So, in 2010 when he was offered a chance to leave the state and become CIO for Lancaster County, which is comprised mostly of its county seat, Lincoln, it wasn’t that big of a change. He still helps the people around him and in many cases he still collaborates with colleagues from the state and other public institutions.

Henderson says close-knit relationships and cooperation, particularly with the state, are the hallmarks of Lincoln’s IT department, more so than even the technology it uses or its initiatives. “I can explore partnerships and share knowledge in ways that might not be possible in other cities,” he says.

When moving time comes, it’s good to have friends

Recently, Lincoln’s collaborative spirit has come in handy as the IT department prepares to move its data center out of its current building. In a bigger city, Henderson and his staff would need to rent or buy another facility and then figure out how to transport the equipment without causing service outages. But because Henderson knows senior IT staff working for the state’s offices as well as for the University of Nebraska, he has been able to strike a deal in which the state and the university will store equipment and information for the city’s data center.

The deal saves Lincoln time and money and will make the move easier on residents as technicians from the city, university and state brainstorm on how to move the equipment with minimal service disruptions.

Henderson says this sort of partnership would be difficult in a city of millions, with its greater bureaucracy and fewer close relationships. Instead, Lincoln’s partners have the resources to help without inconveniencing their own customers. Henderson says another advantage of collaborating with the staff at the university and state is they understand the challenges his team faces and can, for example, help him maintain the city’s large fiber network while moving the data center that supports it.

The IT departments for Nebraska and its capital city do more than help each other out; they do business with one another. Lincoln is buying enterprise content management (ECM) services from the state that will cut down on paper documents used internally. Henderson says that buying the services, which the state invested millions into setting up, saves Lincoln from spending “a parallel huge sum of money to create a similar system for the city.”

The ECM will also save money by helping departments save time. Until recently, city departments trying to get certain construction contracts approved submitted a folder of papers “that would wind its way through the city, from the department director, to the budget office, to the city clerk, to maybe the city attorney’s office,” Henderson says, “before, inevitably, getting lost on a desk.” The city also buys mainframe computing services from the state.

Henderson says the city owned its own mainframe computers for years. The problem was that the cost of running and maintaining the mainframe couldn’t be scaled down, so that if one customer stopped using the service, the price would go up for the remaining customers, prompting them to back out as well.

“Now, I just buy mainframe services from the state and if our customers want less of it, I pay the state less,” Henderson says.

Though he’s worked on both sides, Henderson says that the only major difference between working for the city and the state is size.

Henderson says that the only major difference between working for the city and the state is size.

If anything, he says, the smaller size makes his job more intimate and immediate. “It’s right in your face, you see it every day and you literally can see results more quickly and explicitly at the local level.”