A man who acknowledges he bores easily wouldn’t seem likely to stay with the same employer for 17 years, but Steven R. Ferguson has never lacked for motivation in the many info-tech roles he has held at the Technical College System of Georgia.

“It’s an ever-changing field,” the energetic and engaging Ferguson tells Toggle while zipping between a couple of the system’s campuses in early July. “Here I get to explore so many facets, and any time I think I’ve probed the depths of any one of them, something else comes along to disrupt the industry. New technology is introduced and there’s a new opportunity to impact people’s lives. That’s what’s kept me here all those years.” 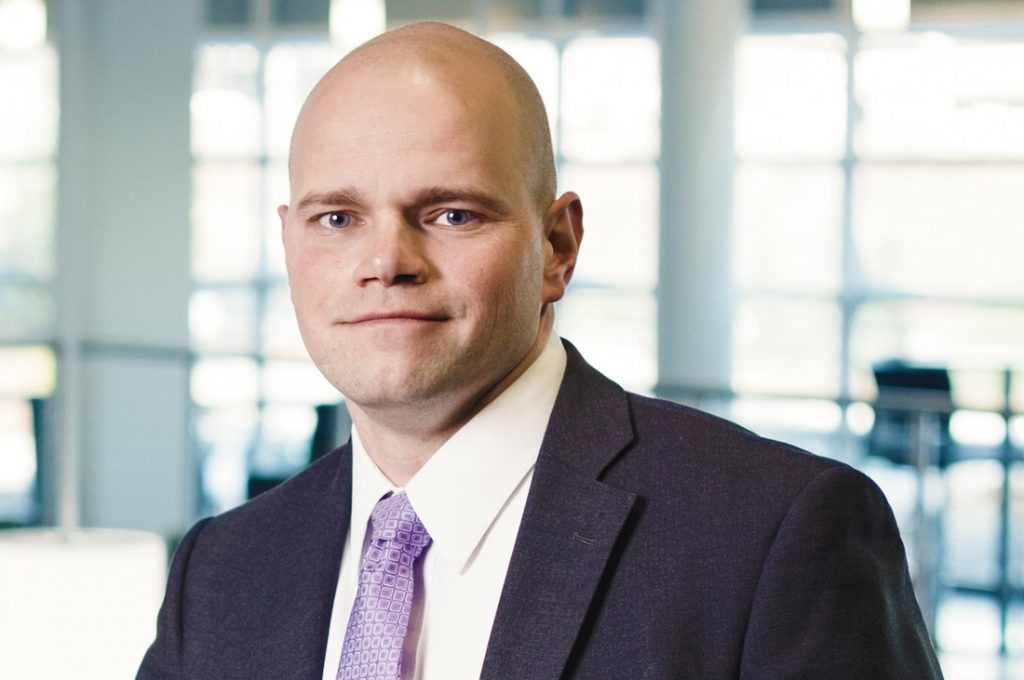 Chief information officer since May 2015—his fourth promotion since coming aboard as a systems administrator in May 2001—the 39-year-old Ferguson has long bought into TCSG IT’s philosophy of “If you’re not serving a student, you need to be helping someone who is.”

The real responsibility is serving a most diverse group of young and sometimes middle-aged men and women, many of whom can be described as non-traditional students, embarking upon TCSG’s proven path to success in professions and trades alike.

They’re being served well by Ferguson, who heads a team of about 40 technology employees in support of the 22-college system’s 85 campuses all over the Peach State.

Of course, today’s students cannot be justly served by yesterday’s technology. That may be especially true at the TCSG campuses where so many students lead lives not conducive to traditional lecture and laboratory times. Perhaps two-thirds of them attend part time, often while holding down jobs and raising families. They can’t waste precious hours filling out forms or searching for information on personal computers that once seemed so cutting-edge.

In the past few years, their lives have been made significantly simpler as TCSG became the nation’s first public college system capable of deploying a comprehensive mobile platform across every campus.

“When I became CIO, that was one of our goals,” Ferguson explains. “Each student now can have his or her own individual profile accessible on a mobile device.”

Available on IOS and Android, the app can be found in iTunes or Google Play stores. Whether a student needs to enroll in a class, pay tuition, check the school calendar, email an instructor, review a financial aid application, or track a grade-point average, the means to do so—secure and up-to-date—is on the phone.

With Ferguson’s team also consolidating IT infrastructure, TCSG is now modernizing its Student Information Software so it will be better able to leverage the subject matter expertise of strategic partners in the data management and storage space, providing for data-based decisions in many areas.

“We have an incredible opportunity to impact hundreds of thousands of lives for the better,” Ferguson says, explaining that, for many people, a technical education may deliver more bang for fewer tuition bucks than a four-year liberal arts degree.

“We’re training not just Georgia’s work force, but America’s work force as well,” he says. “You name it—welders, programmers, truckers, medical assistants—we’ve got programs in just about every field.”

And so great is the opportunity in the technical fields that with its 600 career programs—17 of them tuition-free for qualified students—TCSG can boast 99 percent success when it comes to job placement and continuing college education transfers.

The system also operates Georgia’s 450 adult education centers, providing free training in such areas as English as a second language, workforce preparation, basic citizenship, and the General Equivalency Degree (GED) for those who didn’t finish high school. A new, user-friendly chat bot connects a candidate with the nearest program.

While TCSG can open a wealth of possibilities to anyone seeking to better themselves, Ferguson would advise any such person to at least ponder an info-tech career. Nowadays, most every line of work calls for some measure of technical aptitude and those who are proficient can swiftly climb the corporate ladder. Ferguson considers himself fortunate to have recognized that potential when he was just a boy playing Atari and Nintendo games.

“By the time I was in high school I figured out this was going to be my career,” he says. “We were getting into computers with low-end networks, and one of our goals was to get the computers into talking with each other so we could play video games as a group.”

Indeed, his youthful aptitude as a computer technician had him running an array of IT functions for Glidden Paints in Oakwood, Georgia, while still in high school. Prior to enrolling at Gainesville State College (now the University of North Georgia) in 1997, Ferguson was already running his own IT consulting business, CSU, with Glidden Paints, Barbe International, and State Farm Insurance among the clientele.

Ferguson would go on to earn an Associate of Science Engineering degree in 1999, later enhancing his credentials with a Bachelor of Business Administration, Info-tech, from Columbia Southern University; a Master’s in Info-tech from Southern Polytechnic State University; and another citation from the TCSG Executive Leadership Academy. His early professional life included Cisco instructing for Ameritrain and IT tech training at Gainesville State College.

That prepared him well for TSCG where his early duties included upgrading and implementing Microsoft infrastructure to Windows, designing and deploying Windows 2000/2003 and managing the central office’s help desk. Promotions followed to network engineer, senior network engineer and assistant director, and info-tech director prior to Ferguson becoming CIO three years ago.

And how the operation has changed since he came aboard, often at breakneck speed that shows no sign of slowing down.

“We’ve migrated from servers under the IT desk to being a modern data center,” he says. “We’ve seen telephony migrate to voice-over IP and the full implementation of artificial intelligence and Chatbots. It’s an ever-changing business, and I’ve seen people’s lives change time and time again because of our systems.”

And, needless to say, it never gets boring.