Technology’s hand in saving the lives and livelihoods of Angelenos

“When people think of Los Angeles, they think about Hollywood celebrities and great weather, but, as a government, we think about things like traffic,” says Ted Ross, CIO for the city of Los Angeles and general manager of the Information Technology Agency, a specialized team within the city government that supports the city’s multiple departments, including financials, payroll and internet. 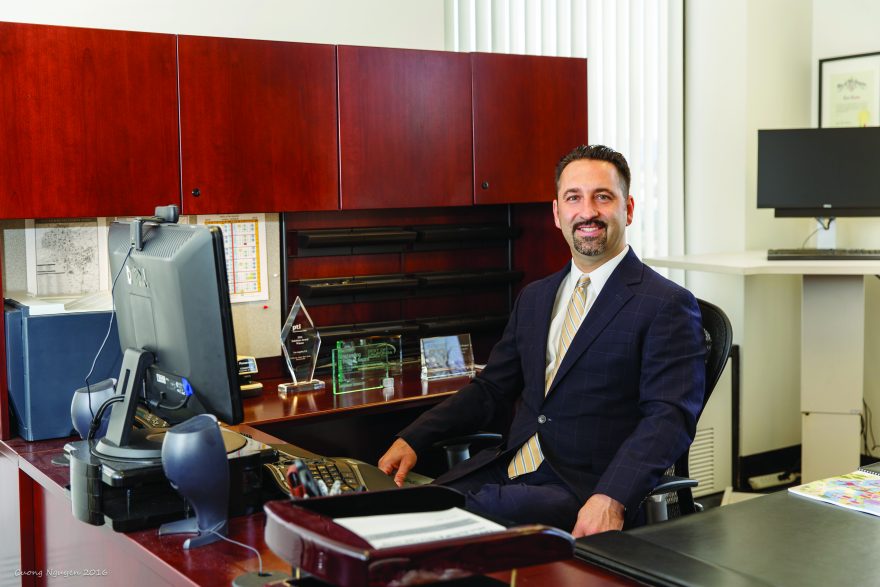 In fact, unclogging the roads and highways of Los Angeles has been a focus of the city, and in particular, the IT department, for years. For Ross, who joined the department first as deputy CIO in 2012, and has been working for the city for over a decade, that effort was even one of the reasons he took the CIO role.

“It’s important for me as a CIO to help influence these types of projects so that we [the department] can deliver the right tools and uses the right types of standards,” he says.

Ross says one of the most compelling reasons for reducing traffic congestion is its connection to fatalities on the road. According to Los Angeles’ department of transportation, over 200 people die on city roads each year due to traffic related accidents, and that number doesn’t include all the people who are injured.

If all goes according to plan, “data analysis and street changes will make a big difference,” says Ross.

By analyzing the data of accident-prone intersections, the department of transportation, along with many other contributors including University of Southern California (USC) graduate students, launched an initiative called Vision Zero, which is a plan to eliminate traffic deaths by 2025.

In a city with the vast, interconnected road systems that Los Angeles is famous for, that sounds impossible, but Ross says it’s just a matter of making many simple changes throughout the city, as well as collaborating between departments.

Changes like this one stem from traffic accident data that was collected over five years and analyzed by USC graduate students.

The IT department has also partnered with Google Waze, a popular traffic and navigation app that relies on drivers, passengers and anyone else who wants to submit current traffic information—like accidents, congestion, roadwork and much more—to be shared with other people using the app.

The city uses information generated by the app so its centralized traffic control center can re-route traffic around obstacles and congestion. It also enters its own traffic-disrupting events, like parades and construction, into the app.

“It’s all about data sharing,” says Ross. “Waze users are sharing information that makes us allocate our traffic better.”

Mammoth security for a mammoth-sized city

Despite the tremendous potential to free up the roads and prevent unnecessary deaths, there are downfalls to being dependent on technology, though these are commonly experienced not just in Los Angeles or its Information Technology Agency, but throughout the nation.

“Our cyber security handles over 100 million unauthorized attempts a month to access city data and systems”, says Ross. These attacks threaten a huge array of city systems that are increasingly intertwined by technology.

But Ross says information breaches are much less likely due to the leadership of Mayor Eric Garcetti. When he first came into office in 2013, Mayor Garcetti decided to build a revolutionary defense system for the city’s network. Instead of having separate security systems for the utility and parks departments, and all the other areas, the city devised a centralized security operations center system that protects all city departments at once. It’s like having a large, virtual wall that surrounds the city.

“Traditionally every department within a city would build up a cyber security defense and then guard it themselves, but we’re a city with 41 city departments, so it became very important for us to have a united defense,” he says.

The city didn’t develop that system alone. In 2013, the IT department reached out to state and federal agencies, including Homeland Security, to discuss having a coordinated, unified virtual defense system for all of Los Angeles. Ross says the solution involved not just buying new products, but actually improving coordination and collaboration between departments.

Because Los Angeles developed this system in partnership with state and federal agencies, any information gained from an attack can be shared with states and cities throughout the country.

In 2015, this security system received national attention when it won the Cybersecurity Leadership and Innovation award presented by the Center for Digital Government, an organization that recognizes excellence in local government’s use of security, transparency and leadership.

As a native of Los Angeles, Ross says the opportunity to be involved with these kinds of initiatives that protect Angelenos is what drew him to the public sector. For him, Vision Zero and the city’s centralized defense system represent city governments at their best.

“There’s a lot of good money to be made in the private sector and there’s a lot of great challenges out there, but what makes government work unique is that it is in service to a group of people and I find that inspiring,” he says.