Starting a new job isn’t easy. Navigating the new office, meeting the coworkers, even storing your lunch in the fridge without taking up too much space can be awkward.

In 2020, COVID-19 meant many people started new jobs virtually, from interviewing to onboarding. While that made it easy to avoid an office kitchen faux pas, it didn’t always make it easier to get to know people.

Tennille Wallace recalls that challenge as she joined Rock Hill Schools virtually in summer 2020. Virtual interactions precluded her from reading body language or other visible indicators as she built new relationships and set about strengthening the district’s “digital ecosystem,” as she calls it. 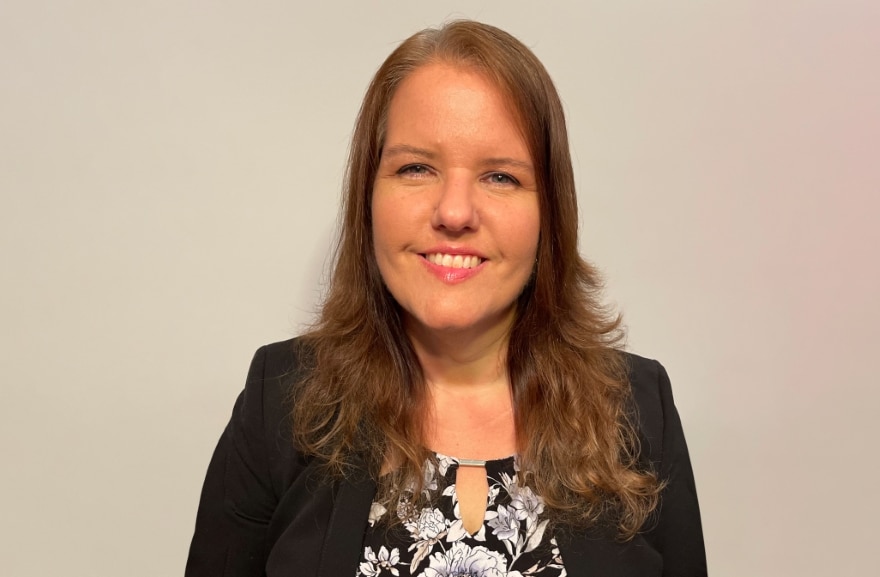 But as the incoming executive director of technology services, charged with overseeing the district’s tech infrastructure, she also wanted to get to know everyone influenced by her leadership, and looked forward to collaborating with them.

“I think I bring a unique perspective to a technology leadership position in a school district. I can speak to instruction, business and technology,” Wallace says. “I love being creative, finding ways of making things more efficient and reducing cost and waste across the system.”

Welcomed to her work

Rock Hill, South Carolina, a city of about 66,000, sits close to the North Carolina border, about 20 minutes from Charlotte. Rock Hill Schools is comprised of 27 schools including 17 elementary schools, five middle schools, three high schools and one career and technology education center serving more than 17,500 students. The district is staffed by 2,400 employees—1,340 of them teachers.

“There’s such a strong sense of community in Rock Hill Schools,” Wallace says. “The warmth and welcoming from the beginning set this transition apart from anything else I have experienced. I arrived with humility and the understanding that my experience means being bold while also learning.”

Her approach is inspired by the Japanese concept of kaizen, which entails continuously improving an organization.

Early on, she changed the strategy for assigning tech associates, shifting from one person per school building to the virtual approach used during the pandemic. Wallace also began rebranding her department. It will soon be named Technology & Innovation as opposed to Technology Services, because she wants a stronger emphasis on learning as the catalyst for innovation. 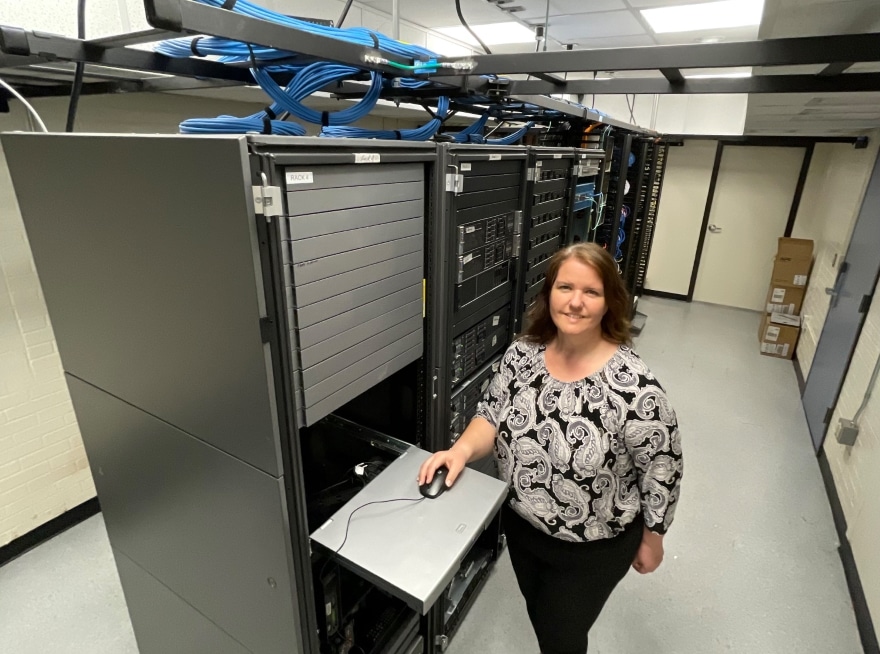 For starters, Wallace says she needed a firmer grasp on the software necessary for Rock Hill’s digital ecosystem.

“We’re shifting away from schools purchasing their own licenses to district-purchased software licenses,” she notes. “Incremental changes such as these are saving Rock Hill Schools tremendous amounts of money.”

Wallace and her team now use ClassLink to create single sign-ons for students and teachers to access software. Finding those efficiencies guides how Rock Hill will leverage its technology and network in the future, she says.

To assist staff, parents and students during the pandemic, Wallace and Rock Hill Schools partnered with Comporium Communications to create a centralized call center to handle questions and troubleshoot tech issues. The call center also supplies data and analytics to the Technology & Innovation team and guides professional learning for teachers and staff, she adds.

Comporium, as well as the State of South Carolina, have helped all Rock Hill Schools students have internet access. Closing the digital divide for students began before Wallace started at the district, and between wired service and mobile hot spots, more than 200 families have been assisted, she says.

The business of learning

Growing up in Florida, Wallace had her sights set on an accounting career.

In 1994, she earned an associate degree from Daytona Beach Community College—two weeks before graduating from high school. She earned her bachelor’s in business administration from the University of Alabama in 1996 when she was 19. That was followed by a Master of Science in Accounting from the University of Denver, earned in 1998 when she was 21.

After earning her master’s, Wallace joined Arthur Anderson & Co. as an auditor, working in offices in Chattanooga, Tennessee; and Greensboro, North Carolina; from 1998-99.

In December 1999, she joined Siemens Westinghouse Power Generation as a senior financial analyst at its Fort Payne, Alabama, facility. In September 2002, she became a senior systems analyst, supporting SAP and the financial closing process, a shift that brought her to Orlando, Florida. 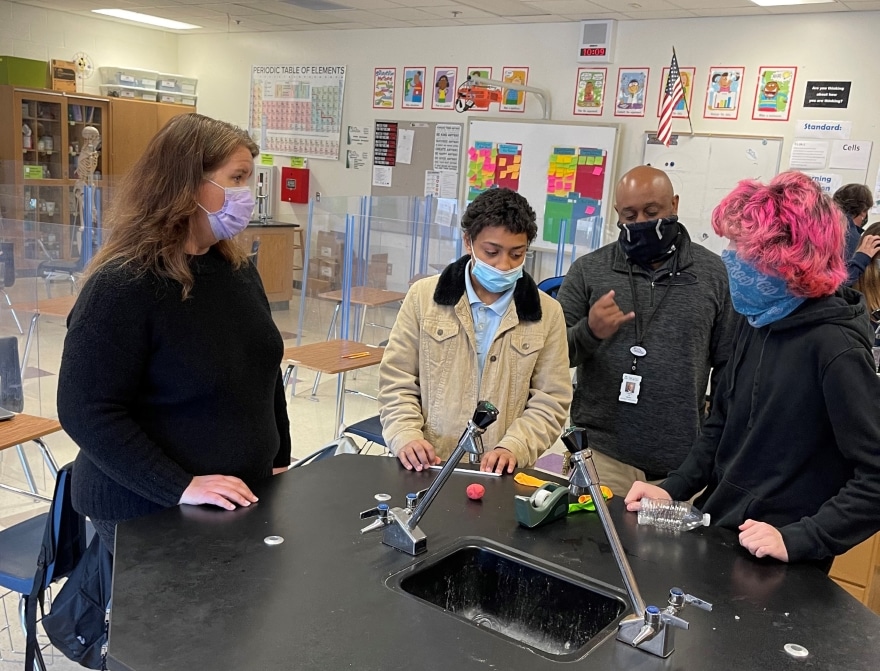 But while building a career in business, Wallace came to a fork in the road when her son was born. She entered education in 2004 as a math and science teacher at Indian Trails Middle School in Palm Coast, Florida.

In December 2007, she was promoted to math and science curriculum specialist for Flagler County Schools, of which Indian Trails is a part. Her next opportunity took her well away from home as she moved her family to Cairo to become principal at the American International School of Egypt.

Wallace returned to the U.S. in June 2012 and embarked on an administrative career as a principal at schools in Indianapolis, and Port Orange and South Daytona in Florida.

In August 2020, she began her current role at Rock Hill School District.

Wallace continues her own learning, too, working on both her MBA and doctorate in education at Clemson University. For good measure, she recently completed her Sigma Six green belt.

“I absolutely love the work I’m doing because it’s a perfect fit for my skill set,” she says. “I can influence instruction as well as business and technology, and we have a strong innovative leadership team with teachers who do great things for kids.” 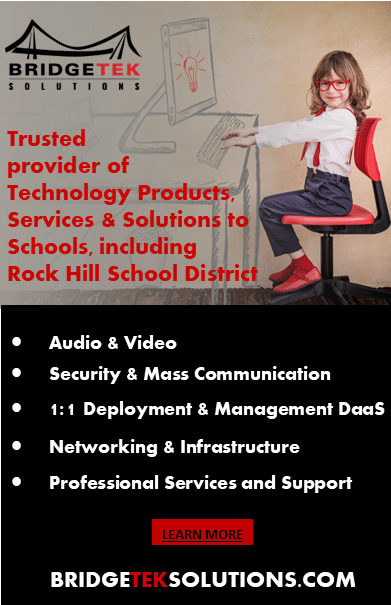 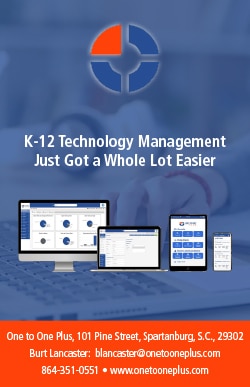