In 2018, after four years of serving as librarian at Hamline University, he stepped in as the interim CIO during a vacancy and chaired a committee to recruit a new CIO. When the role became vacant again last July, Metz was asked to fill it a second time. 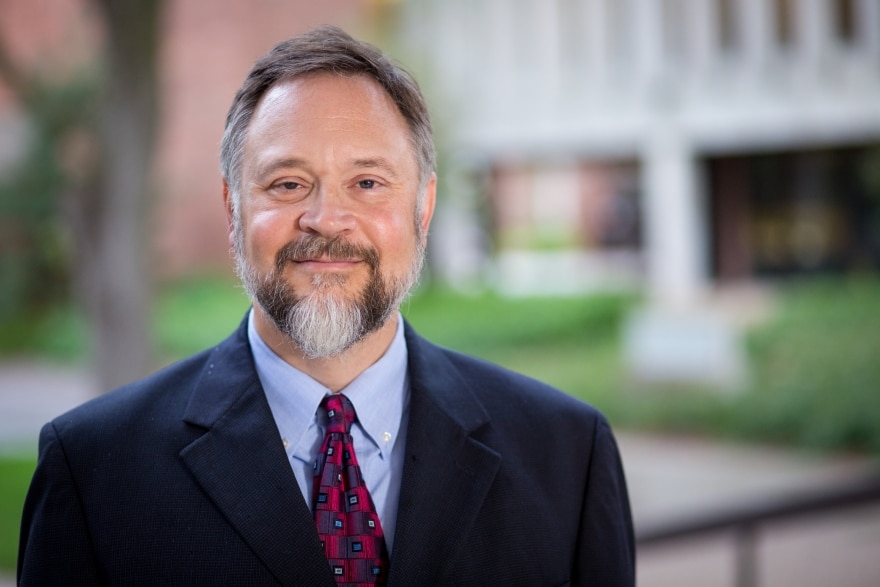 The position is no longer considered interim, so he’s now the CIO and university librarian. As library services and resources have become more digital, he’s aiming to integrate library and IT operations more closely, and is currently at work on a slate of IT projects.

Despite “accidentally” becoming a CIO, Metz finds the dual roles fulfill his interests in learning and knowledge, which have been shaped by a career in library science.

“I love the variety of the job and the ability to educate up and across the university,” he says. “To some extent, I have to be familiar with most aspects of running a university so I can assess how to best align IT to meet my institution’s needs.”

Hamline University, located in Saint Paul, Minnesota, is a small liberal arts college serving over 3,200 students. Founded in 1854, it was the first university in Minnesota.

Metz is overseeing several projects right now, none of which are simple in size or scope. One of the most significant is the implementation of a new enterprise resource planning system, a five-year project Hamline is 3 ½ years into.

“Switching to a new ERP is the single most complex technology project you can take on at a university,” he says. 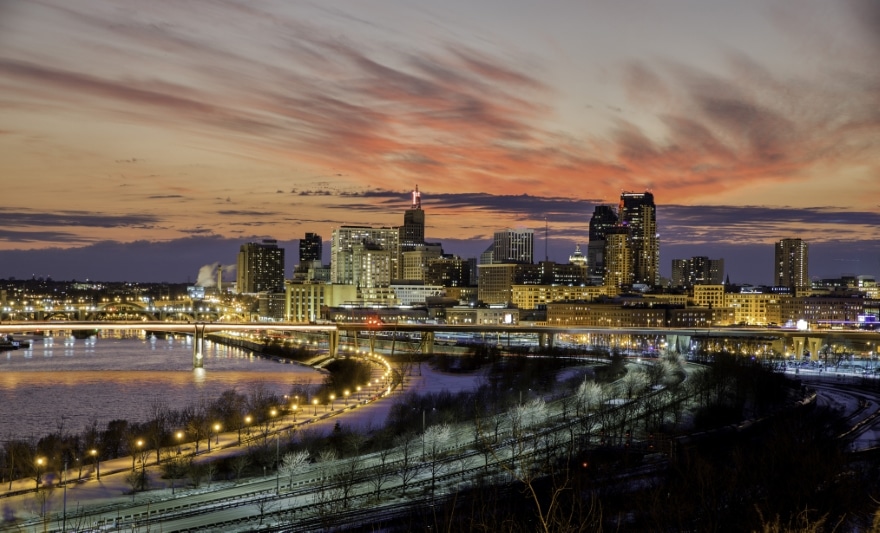 In March, the university rolled out the student-focused functions of Workday, including financial aid, academic advising and course registration. It will be put to the test in April when students register for the fall semester, Metz says. Over the next two years, 40 other systems at Hamline will be integrated with Workday.

The library and IT departments are also implementing ServiceNow, which Metz describes as “an ERP for IT.” The cloud computing platform has functions including customer support, tracking assets, and inventory and contract management.

The first ServiceNow function, service request management, will be operational this spring. Within a year, Metz plans to roll out asset management functions as well as software and contract management. Hamline’s previous asset management platform had been developed in-house, but the university required something more sophisticated and sustainable over time.

Long-term, sustainable improvement is a goal driving much of the work the IT department is doing.

Two years ago, Hamline migrated to a new learning management system, switching from Blackboard to Canvas. The system, which is used mainly by students and faculty, allows for virtual classroom activities, and Metz says he’s grateful it was in place prior to the COVID-19 pandemic. While the transition was completed nearly two years ago, he and his staff are continually working on ways to make it better, he says. 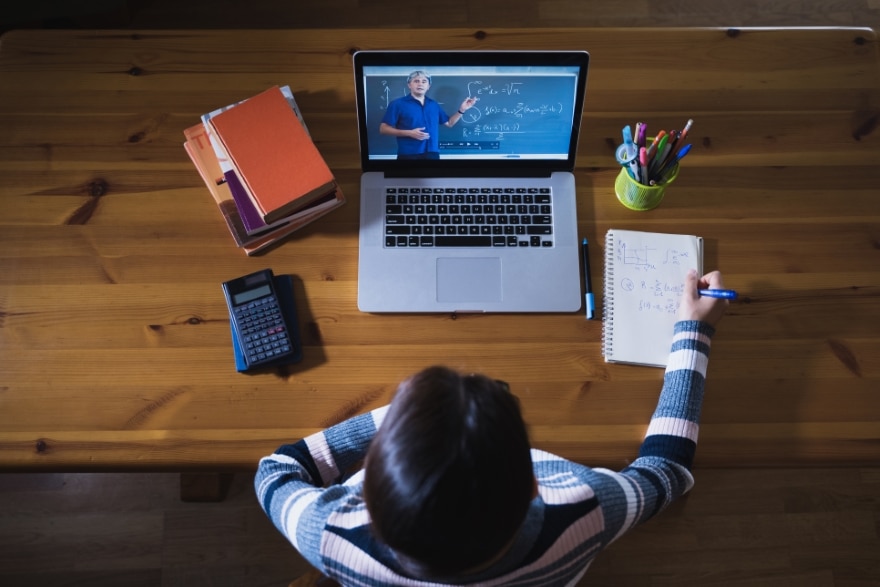 The IT department has also spent the past two years improving the university’s cybersecurity capabilities and “assessing the maturity of our security assurance,” Metz says. This has also put the university in a better situation to handle the pandemic, he adds, because the risk of breaches and hacks increased as it relied almost exclusively on remote learning.

The improvements are ongoing and have included strengthening password security and ensuring university computers are protected from inappropriate software that might be downloaded.

Metz says working with other departments and administrative leaders is one of his favorite parts of the job because it allows him to better understand people’s needs.

He’s currently partnering with the communications and marketing department to develop a new website for the university, which will launch at the end of this year or the beginning of 2022. The IT department is assisting with the switch to a new content management system, which requires evaluating 3,500 web pages within the site.

While the task is laborious and time-consuming, managing information and making it easier for people to access has been a large part of Metz’s career in university library systems.

Although he became Hamline’s librarian in 2014, Metz’s first job in the field, in 1981, was also at the university. He spent five years working in the library in a variety of roles, including in collections, circulation, reference and management. 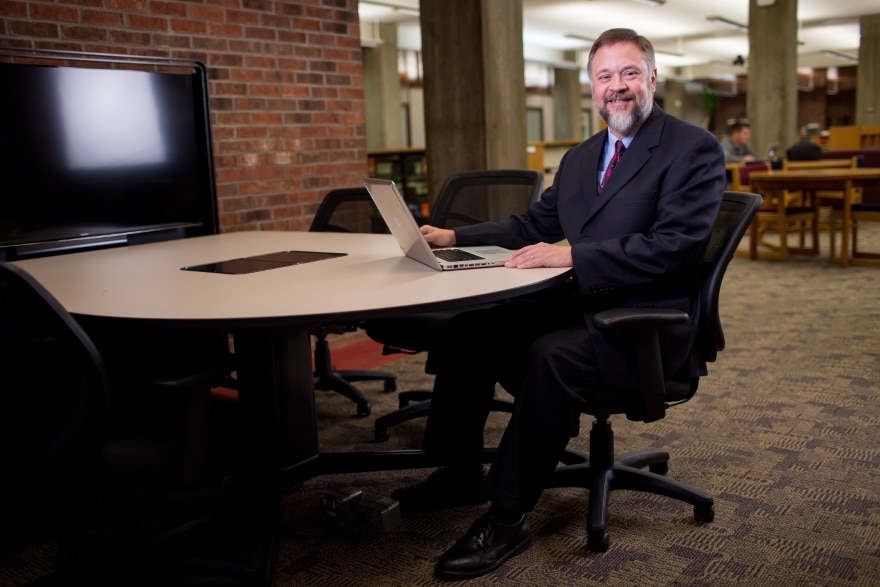 Throughout the nineties and early 2000s he worked for a few colleges and universities in addition to running his own consultancy. Coming back to Hamline has been a full circle experience for him, especially because he has the same office that his boss had in the ‘80s.

Metz says he’s now in the last third of his career, which is focused on “overall strategic planning.” The first third, he says, was when he “mastered my craft” and the middle third was “learning how to manage organizations effectively.”

While he never expected his career would take him down the CIO route, he’s happy things have worked out this way.

“IT touches everything, so to be successful you have to understand a host of university processes and activities,” Metz says. “Communication and transparency are key in understanding what the needs are, and integrating services allows us to create a service ecosystem that helps the parent institution meet its mission.” 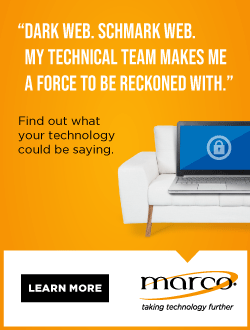