A research university for the 21st century

When the 12,000 students who attend the University of Arkansas at Little Rock (UALR) returned to school this August, the buildings and classrooms were largely unchanged, save for a few, mostly minor renovations. The window-laden Student Services Center still shimmered in the sun, while across the street people sauntered and splayed around the leafy park—just as they had for the previous 92 years.

Once they started texting and web browsing quickly and without issue, however, it was clear these students were on a profoundly different campus than the one they’d left a mere three months earlier. 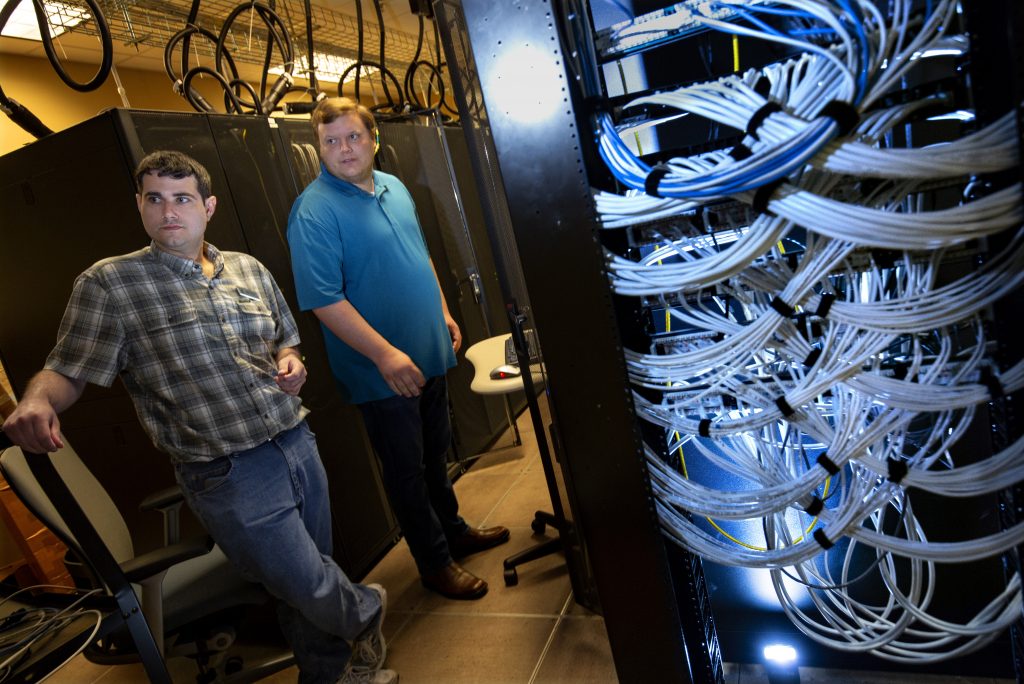 Turns out, increasing your Wi-Fi access points by a factor of seven is enough to brighten anyone’s mood.

“We’ve successfully revamped the network in all of our residence halls and 75 percent of our campus buildings, and we hope to have the refresh completed by the end of the calendar year,” says Thomas Bunton, chief information officer for UALR. “This is a game-changer for our institution, no question about it.”

Located in the heart of Arkansas’ capital city, UALR features a Center for Integrative Nanotechnology Sciences, an Emerging Analytics Center and a host of cutting-edge research facilities. 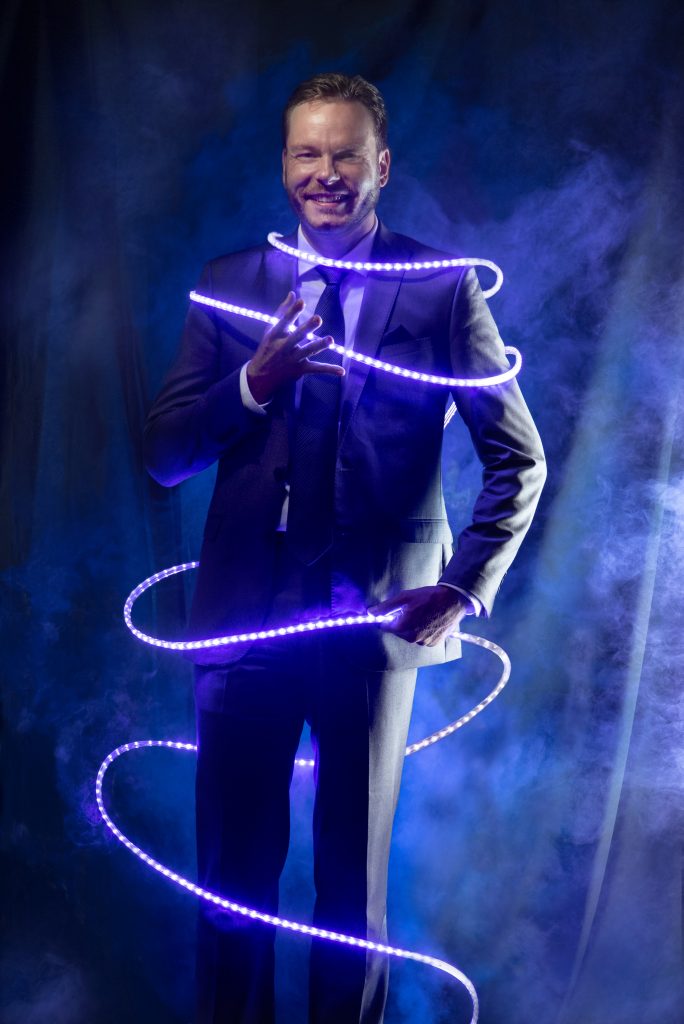 But when Bunton arrived on campus in March of 2016, after nearly 20 years in higher education, it was clear that the school’s aging network—built two years before the first iPhone—was in need of an overhaul.

When a network access point died, entire classrooms would be thrown offline. In an effort to avoid dipping into the UALR coffers, IT improvements were funded instead on the backs of individual departments, with more cash-strapped divisions often forced to wait months or even years for upgrades.

Beginning in 2016, Bunton and his colleagues, with the backing of the school’s student government, secured financing for a network overall that would increase the campus’ 450 access points to more than 3,200.

“What we wanted to do was create an environment that’s as close to a home experience as possible,” Bunton explains. “That means making sure students have reliable internet access in dining facilities, classrooms, lecture halls and just about everywhere else.”

The new network also allows UALR to better monitor and profile user devices, with an improved guest-user function that provides both easier access and tighter security measures, thanks to a next-generation firewall capable of handling the plethora of devices—mobile devices, computers, televisions and IOT appliances.

Not so little things

While by far the most transformational, campus-wide Wi-Fi wasn’t the only upgrade in store for UALR. Using Active Directory, a Microsoft domain-management platform, the school can now administer network roles and permissions—for students and faculty alike—from one centralized location.

Even the school’s telephone system is getting a makeover. For years, UALR relied on a Centrex phone system with 25 prefixes (think old-fashioned switchboard). In the near future, the entire campus will operate under one prefix, with each phone having its own four-digit number. 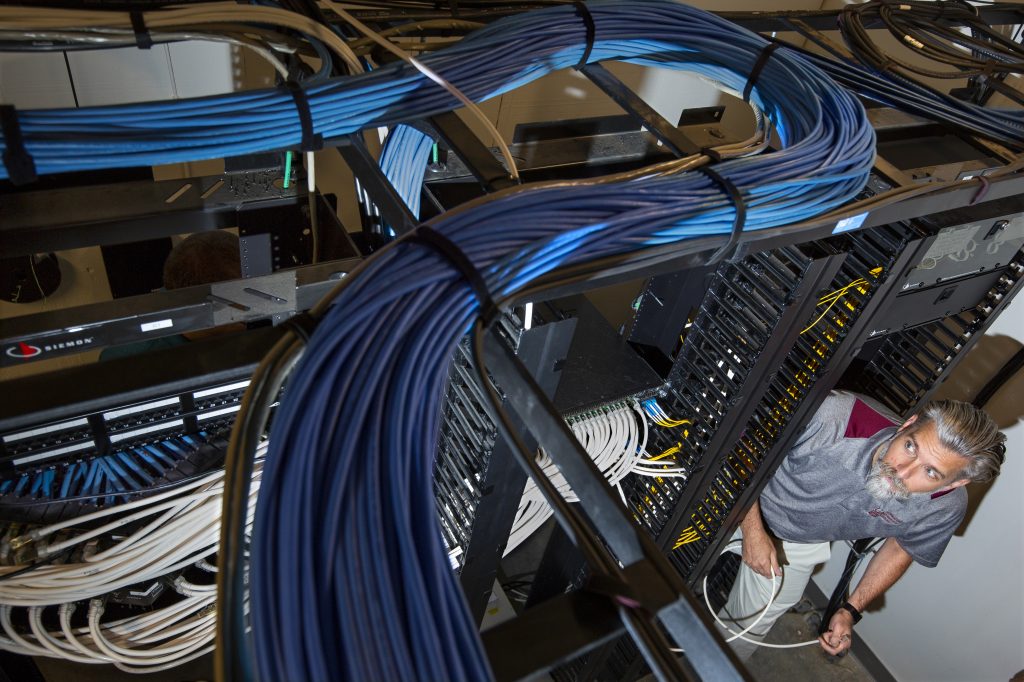 “Most people would say that’s not exactly newsworthy, but it’s a huge opportunity for the school to provide a unified and consistent user experience,” Bunton says.

Add to that the savings in time and cost, and he believes that UALR has taken a stride toward boosting retention and recruitment of students—one of its other initiatives.

Sitting at the table

In fact, Bunton’s hiring, along with that of other administrators, was part of a strategy to energize and grow the university.

He meets regularly with department heads, making sure the technology requests he receives are properly scoped, through both researching products and squaring the potential outlay against other commitments. If there’s a conflict of resources, Bunton will lay out the business metrics to all parties involved—and in as much detail as possible. 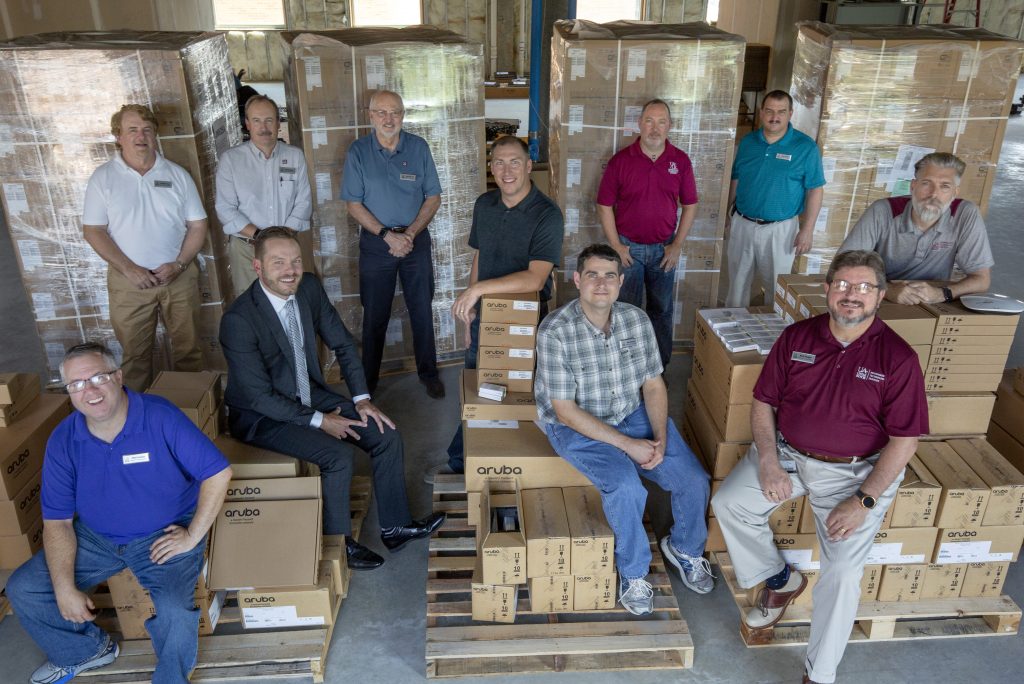 “I’ve found that, so long as you’re inviting people to the table, they’re happy to provide feedback,” Bunton says. “It’s when you try and shoehorn processes without any input that you risk not having that buy-in.”

More broadly, Bunton has sought to organize university processes. Using a model pioneered by author and entrepreneur Jeff Hiatt, called ADKAR—short for awareness, desire, knowledge, ability and reinforcement—he has given UALR administrators a template for balancing organizational change, particularly with respect to the school’s IT rehab.

And while the measures have occasionally been met with reservations from stakeholders, Bunton believes that, so long as there’s communication, turning pushback into feedback becomes as easy as, well, getting onto campus Wi-Fi.

“There are very few organizations you can work with where you’re able to provide individuals and groups with tools to better themselves,” Bunton says. “Whether you’re a student, staff or faculty member, everyone is here to better themselves and do greater things. That’s a pretty good feeling knowing you’re a part of that.”