Life on the farm has always suited Tom Jackson, even as he’s made a career of ensuring students widen their horizons by building networks and technology in higher education.

Now the vice chancellor of information technology and CIO at North Carolina Agricultural and Technical State University, Jackson and the school are riding a wave of financial good tidings as well as tech upgrades that touch every department. 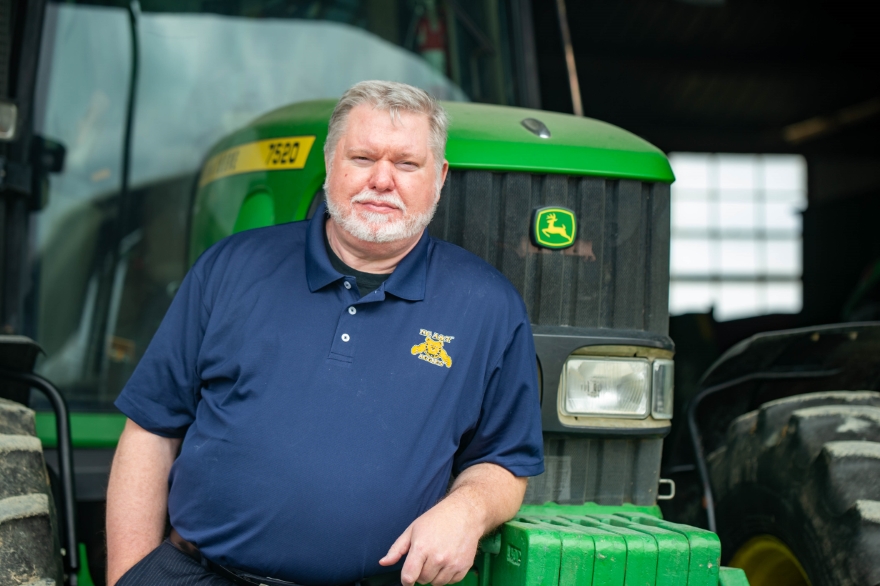 It’s work that can make a farm boy proud, because what he’s helping plant will reap bountiful harvests for years.

“I’ve spent my career flying under the radar, but what I want people to know is North Carolina A&T is an extraordinary school that punches above its weight,” Jackson says. “We’ve done a great deal in the last four years to improve technology, and my role is to align tech strategy with our strategic plan.”

Founded in Greensboro, North Carolina, in 1891 on 14 donated acres and with $11,000 raised by local citizens, North Carolina Agricultural and Technical State University is also the largest historically Black college or university in the U.S.

HBCUs were established to educate students who were denied opportunities in the segregated atmosphere of higher education before passage of Civil Rights laws in the mid-1960s.

In fact, N.C. A&T students Ezell Blair Jr., David Richmond, Franklin McCain and Joseph McNeil were crucial in overturning segregation. Known as the “A&T Four,” they started the sit-in movement on Feb. 1, 1960, at a Woolworth’s lunch counter in Greensboro, knowing they’d be denied service because the restaurant only served whites. Sit-ins soon spread to at least 13 states, but it took the local Woolworth’s until July 1960 to integrate its lunch counter. 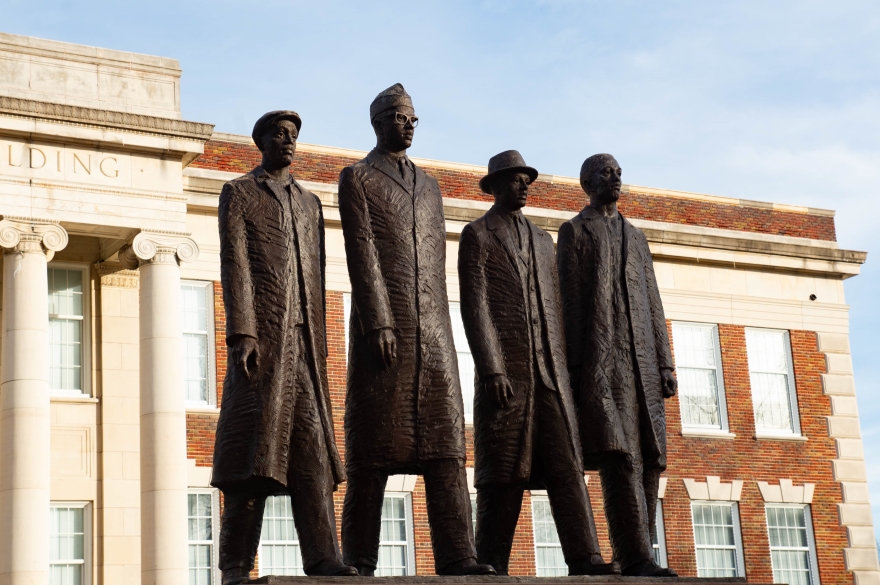 N.C. A&T’s role in the civil rights movement is celebrated annually, and the old Woolworth’s now houses the International Civil Rights Center and Museum. But the university also builds on its educational traditions, now having the third-largest research budget in North Carolina’s university system.

Enrollment was at 12,750 students in early 2021 and the goal is to reach 14,000 by 2023, Jackson says. N.C. A&T’s endowments are swelling after a successful $100 million giving campaign exceeded its goal, with recent gifts including $5.5 million from Corning and $45 million from philanthropist MacKenzie Scott.

Tech improvements began even before N.C. A&T enjoyed such abundant financial good fortune, and not only touch everything on campus, they also extend to residential housing owned by the university.

First came a $2.4 million infrastructure upgrade, Jackson notes, as new switches and connections were installed to boost network performance and Wi-Fi links were added across the campus.

With the upgrades underway, he and the IT staff looked next at classrooms, determining baseline needs while setting a five-year timeline to provide students and staff with state-of-the-art learning hardware.

Out went projectors at the end of their life cycles and in came laser projectors and modern sound systems, new computers and classroom control systems, synching everything from a single panel, Jackson says. 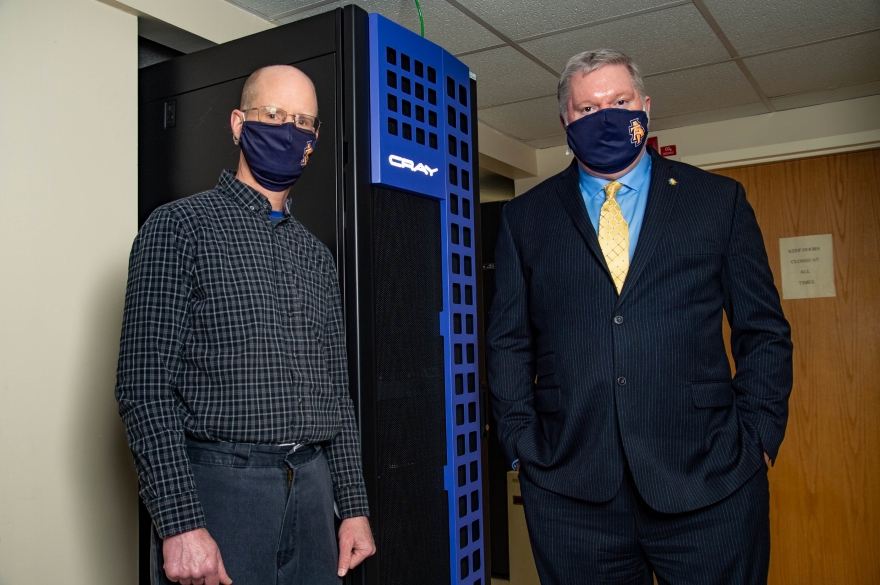 N.C. A&T is now in the fourth year of the five-year program, and has spent $5.7 million, but won’t be resting when the work is completed. Staying abreast of changing tech is a perpetual job, and not just so the STEM students can have what they need, Jackson adds.

In fact, some of the first upgrades equipped the College of Arts, Humanities and Social Sciences with new video and audio equipment, and labs with computers Jackson says can be as high-powered as any used for science, technology, engineering and math learning.

Then there’s life on the farm—not Jackson’s. The N.C. A&T College of Agriculture and Environmental Sciences operates a 492-acre farm, and now those buildings are wired, too.

The connections support the university’s studies to make baby ginger a locally grown crop as well as to develop farm products for market such as Aggie ice cream, which will be made at the creamery, planned as part of the Urban and Community Food complex.

Because enrollment has increased in each of the last five years dating to 2016, including during 2020, the year of COVID-19, a separate $1.4 million effort has connected as many as 20 apartment buildings the university owns off campus with fiber optics, linking them to the campus network.

Jackson and his IT team also expanded the virtual desktop environment to boost access during the pandemic and invested $800,000 to support online faculty teaching, he says. Upgrades include cameras and microphone systems to connect traditional classrooms with students learning at a distance.

“All the work we’ve put into classrooms is nothing more than what students expect,” he says. “The biggest thing students want is more wireless access because they can’t get enough.”

He knows whom he’s serving—Jackson estimates the average student will bring a half-dozen Wi-Fi-enabled appliances and devices to school, everything from the TV and gaming system to a microwave for popcorn during gaming sessions as well as their phones, tablets and laptops.

While his N.C. A&T role helps students explore the world beyond the campus, Jackson’s career has never taken him too far from his ancestral home in rural North Carolina.

He was born and raised on a tobacco farm outside Lumberton, southeast of Greensboro, and still owns a house there where his siblings and two nephews also live. 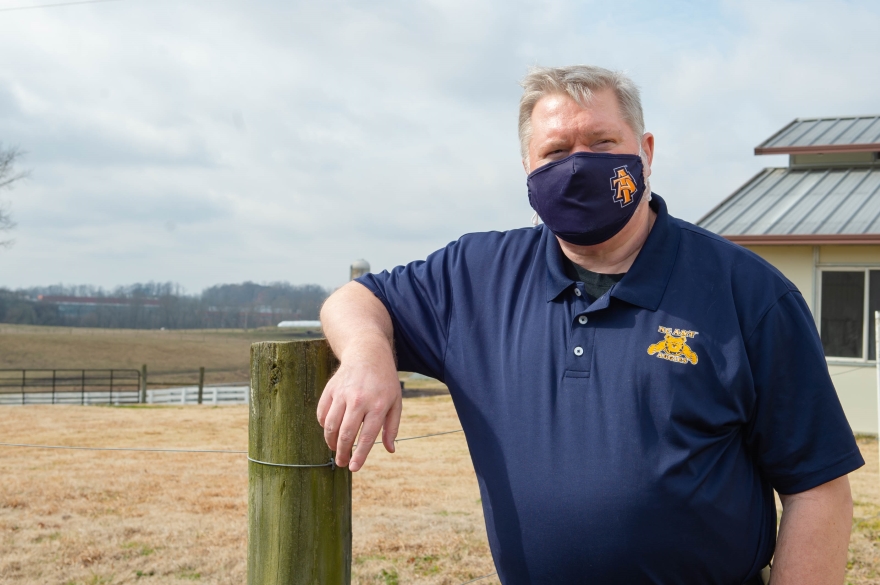 The farthest Jackson traveled for his education was Williamsburg, Virginia, where he earned a master’s degree in computer science in 1987. His bachelor’s in mathematics was earned at the University of North Carolina at Pembroke, not far from his ancestral home, as was his MBA, which came after he returned to teach computer science and management information systems and work in IT.

He is now pursuing a Ph.D. in leadership studies at N.C. A&T, where he joined the staff in April 2016 as assistant CIO. In 2017, Jackson was promoted to his current post, determined to keep improving opportunities and experiences for students.

“We’ve grown every year for the past five years, average GPA scores are increasing and we’re attracting better prepared students,” Jackson says. “A&T is dedicated to excellence and never satisfied. No matter how well we do, [Chancellor Harold L. Martin Sr.] wants to do better.” 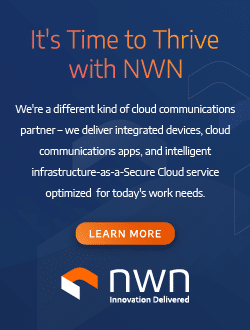 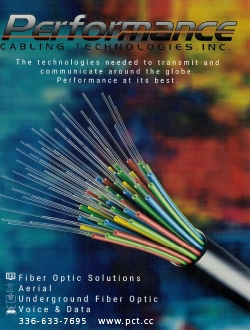