While it’s often said government needs to be run like a business, Tod Huber knows it’s also not always that simple.

As chief technology officer for Milwaukee County in Wisconsin, Huber works with four or five times as many business units as he might in the corporate world. Not only that, those units must answer to taxpayers and address needs ranging from public health to public works and emergency services.

Still, those services can be improved with technology, and Huber likes the challenge.

“We need to be prepared so that technology is never the problem,” he says. “We want to be facilitators for departments to be innovative and adopt new tech in their given units—ultimately allowing them to serve their constituents more effectively.”

Milwaukee County was established in 1835 on the shores of Lake Michigan. Its population is about 950,000 with more than 587,000 living in the city of Milwaukee. Huber’s IT department of 128 employees (including part-timers and contractors) serves 45 county business units with about 4,000 employees, he says.

“We work with everything from the airport to the zoo,” he says. “This includes public safety, the jail, elected officials and department heads and their staffs,” he explains, adding his department is not involved with government in the city of Milwaukee. 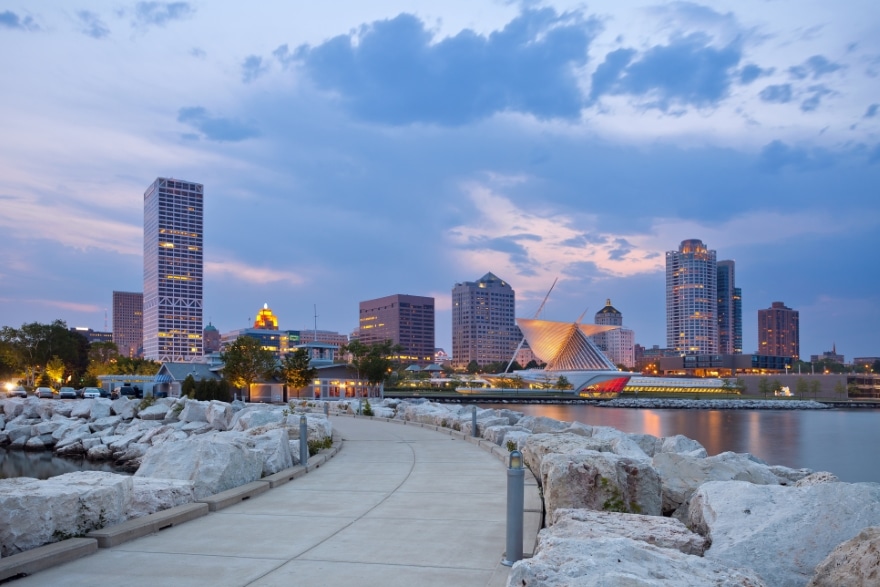 Hired as chief technology officer in 2016, Huber says innovation and modernization of the county’s IT infrastructure is his priority. This year, he and his staff will complete a $3.3 million phone system conversion started in 2017. The new system replaces eight separate ones that were outdated, not well integrated and lacked modern functionality, he adds.

In 2018, the county migrated from a legacy mainframe in their data center to “mainframe as a service,” hosted by First National Technology Solutions Inc. It’s not only the heart of Milwaukee County financial operations; it replaces a mainframe Huber knew was outdated just by looking at it.

“I knew it was old—it was as big as a refrigerator,” he jokes.

Though no longer on-premises, the mainframe service runs much faster and without hardware issues. Best of all, Huber says, it has two data centers—one primary and the other for disaster recovery—and the network-based backups operate faster than the legacy system. He says issues involving mainframe operations decreased from several per year to one or two since the switch.

He and his staff were making government operations more mobile even before the COVID-19 pandemic arrived in March 2020. Working with OneNeck IT Solutions and Integration Partners, they were shifting communications, operations and data to the cloud. The data center conversion is expected to be completed this year—it was about 90 percent done when Huber chatted with Toggle in March. 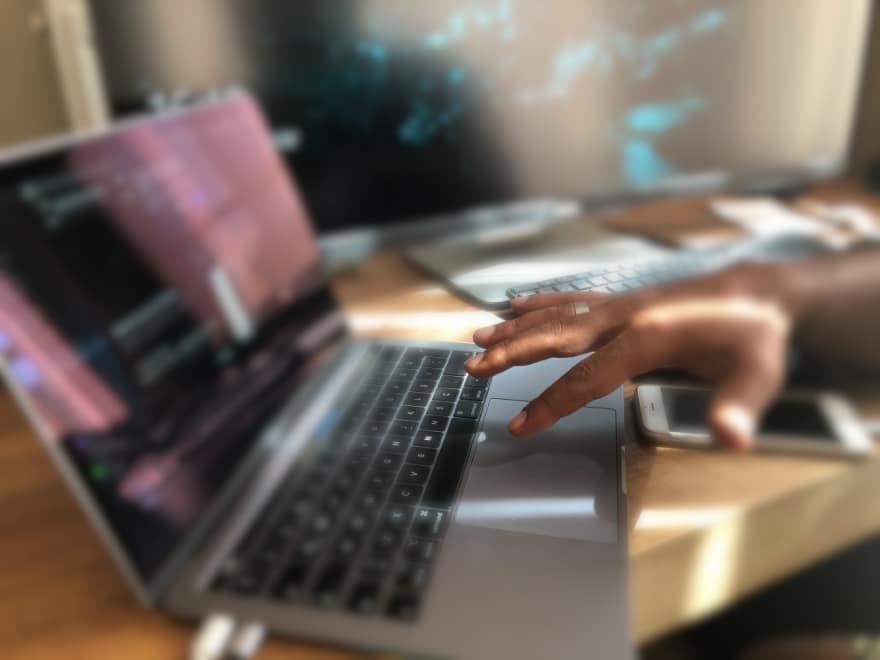 Because OneNeck offers complete conversions or a la carte options for cloud shifts, they’re well-suited to apply solutions for the varied departments, he explains.

“It allows us to evolve the organization and its operation to be more modern and agile,” he says.

Still, even with additional benefits to cybersecurity, disaster recovery and data center operations, Huber concedes the ongoing operations cost of around $100,000 per month can be challenging to justify to taxpayers.

“It can be a tough sell because you can’t always calculate the return on investment,” he says, noting that staff who no longer maintain the data center can shift to more valuable work for the IT department’s customers.

Along with beginning the phone system conversion, Milwaukee County started a pilot project in 2019 allowing IT employees to telecommute, as Huber and his staff began replacing desktop computers with laptops.  Dell laptops had been provided to about 2,000 employees for mobile and remote work and the county bought 500 more in spring 2020, then 200 after that, he adds.

While employees worked remotely, the Milwaukee County IT staff began shifting from paper-based procedures to keep the county running. Cashless payments and an app to obtain permits and electronic signatures were among what was implemented, Huber says.

Born and raised in Milwaukee County, Huber earned his bachelor’s in business administration, focusing on finance and information systems close by at Marquette University. While he found work combining both elements after graduating, he says he quickly learned he preferred the IT side. 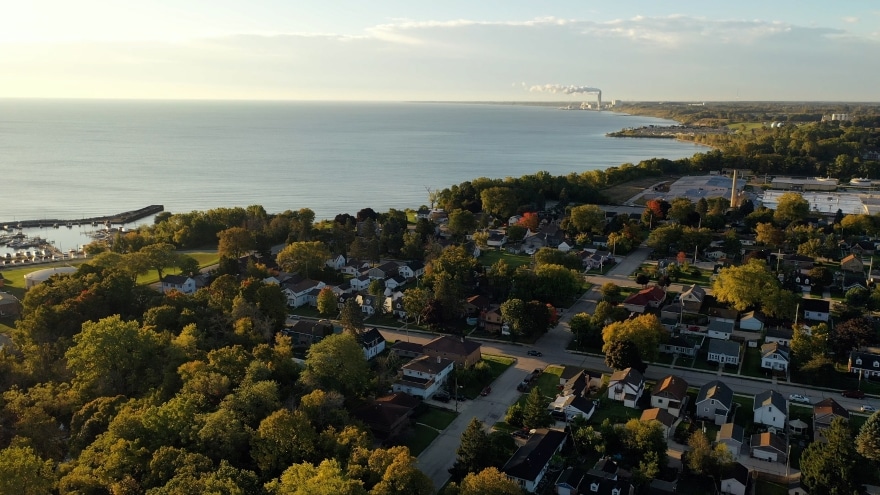 His tech career has spanned the public and private sectors as well as nonprofits, and he spent 11 years at Planned Parenthood of Wisconsin, starting in 1995 as a technical services analyst. In 2000, he became the infrastructure manager.

In 2006, Huber joined Duncan Solutions, a Milwaukee-based provider of integrated parking and collections solutions, as an IT manager and was promoted to director of IT services in 2009. In 2012, he shifted from parking to health care and became the manager of enterprise network services at Aurora Health Care which has a network of 15 hospitals and 200 locations with more than 30,000 employees.

Before joining Milwaukee County government, Huber was IT director for the Master Lock Co. from 2013-16. A father of two high schoolers and a college freshman, he enjoyed coaching in their youth soccer leagues as they grew up. And he spends time in school himself as an adjunct instructor at Marquette’s College of Business Administration. He plans to earn certification as an information systems security professional this year.

“Technology is good for a systematic, logical person,” Huber says. “If you like change and thrive on it, IT is a great place.” 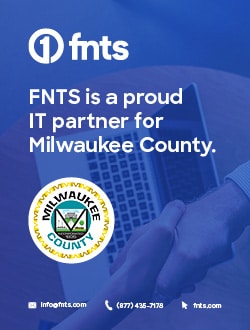 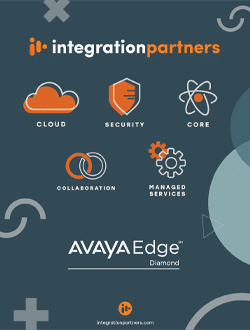 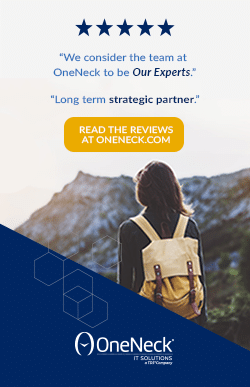