The idea that a school district can own a student’s data—from semester transcripts and grades to awards and recognitions, even diplomas—is one that’s garnered increased acceptance in recent years. But a school system is merely a steward of that information—students are the masters.

This is Todd Borland’s philosophy. As the executive director of technology for Oklahoma’s Union Public Schools, Borland is putting that theory into practice, leading a first-of-its kind blockchain technology initiative to put data back where it belongs: into the hands of students. 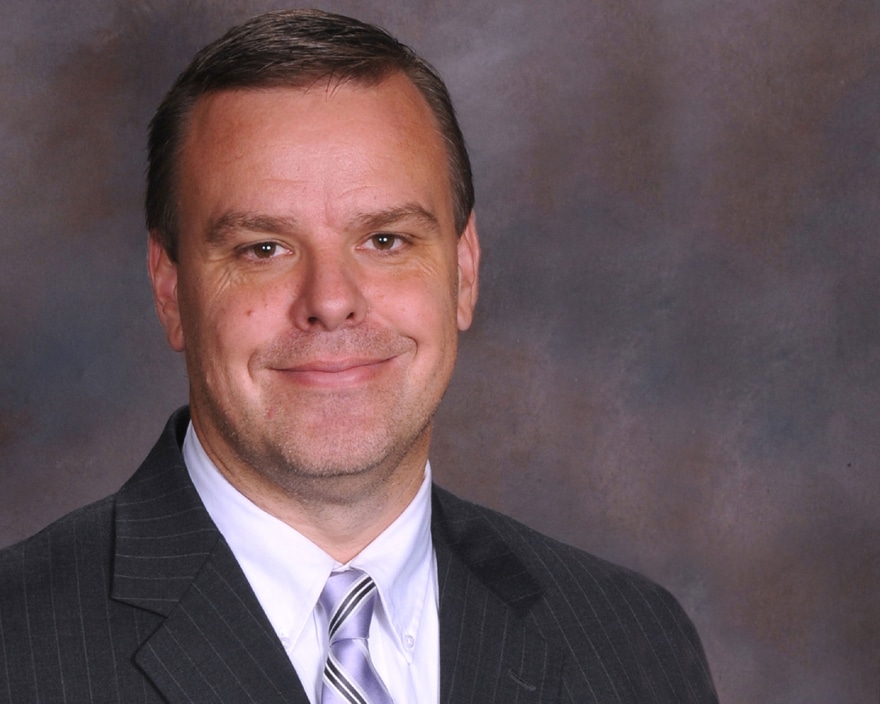 The Tulsa-based school district is leveraging the cutting-edge (and highly complex) technology to enable students to access and share their digital transcripts and diplomas at any time and with whomever they choose. This not only gives them full control, Borland notes, but provides peace of mind that their data is 100 percent accurate.

“Union is responsible for all of our students’ and employees’ data—but we don’t own any of that data,” says the 20-year veteran of the district. “It’s their data, they own it. We’re ensuring them that we’re being the best stewards of their data that we can be.”

Serving a student base of more than 15,500 across a 23-campus wide area network (WAN), Union was the first district in the U.S. to issue digital diplomas and transcripts, taking advantage of state-of-the-art blockchain concepts.

Blockchain is much as it sounds: The technology involves a number of blocks containing data that are linked, enabling information to be distributed, but not copied. New blocks can continually be added to form an expanding digital “chain.” 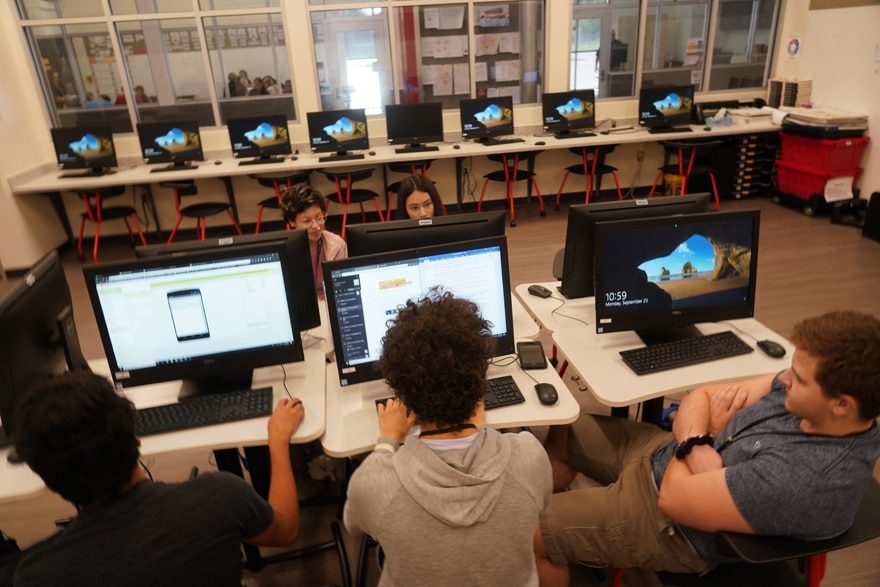 Union issues transcripts and diplomas to this blockchain, which students can then access and share with recipients of their choice—say, a prospective employer or a college they’re applying to. It all comes down to data security and transparency, and ultimately not “holding data hostage,” Borland explains.

“If they want person X to see their data, they can release it to them. We don’t have to be involved, we’re no longer making that decision,” he says. “We want to change the conversation with kids from ‘What have you done?’ to ‘Where are you going?’ At any given moment, they can have in their hand their transcript, the credits they’ve earned, the credits they’re deficient in, where they need to go.”

For the greater good

This involves changing the conversation with educators, as well.

Borland sits on the board of the Oklahoma Technology Association and has also spearheaded a free conference every year for all state IT directors. Through these channels he gives regular presentations and discusses the benefits of blockchain for K-12 education. In 2019, he even spoke on the district’s initiative at a blockchain-focused event sponsored by the U.S. Department of Education. In fact, he was the only high school educator in attendance. 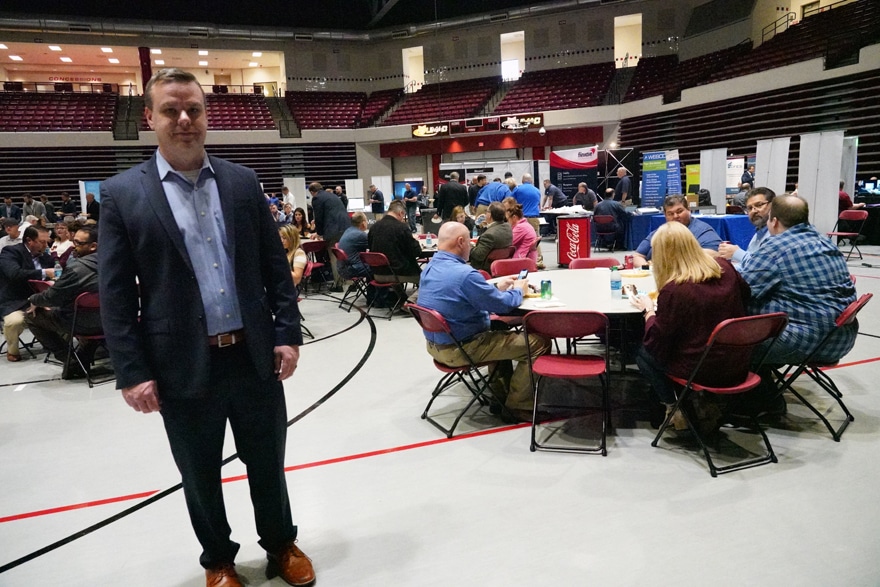 All told, Borland is encouraged by the fact that educators and administrators are embracing the idea. Still, there’s much more education to be done, particularly when it comes to justifying the high cost of such initiatives.

The goal, Borland says, is to break people of the mindset that “if I issue this, I lose control of the data.” But he’s dedicated to broadening comprehension and adoption for the greater good of students across the country.

“It takes a lot of time, it’s a whole new concept,” Borland says. “Everything we’re here doing is readily available. Nothing is a trade secret, or ‘Hey, look at the good that Union is doing.’ That doesn’t change the conversation metrics. I’m more concerned with ‘Look how good public education is doing,’ and to have all of us come along, because then the meter can change.”

From “no intention” to advanced technologies

Borland marked his 20-year anniversary with Union Public Schools this past December. Still, as he notes, he initially had “no intention of working in technology.”

Early on out of high school, he was doing construction and roofing houses. To get out of that grueling environment, he took an entry-level position as a junior administrator at the recommendation of a family member who was flourishing as a programmer.

“I got pretty good at it; I caught on quickly,” he recalls.

He joined Union in December 1999, starting out providing network and desktop support in the early setup of a WAN network.

But realizing that his high school diploma alone wasn’t sufficient—and that he “needed more perspective than what I had”—he went back and earned his B.S. and master’s in school administration from Northeastern State University.

All the while, he was moving up the ranks at Union and overseeing numerous initiatives, including a 1:1 laptop program for grades 9-12 and the distribution of 4,000 4G wireless access points for student use at home (thanks to an $800,000 grant from T-Mobile).

Borland also helped establish Union’s “Virtual Learning Academy”—which was recognized by President Barack Obama as being a top program and a model for other districts to follow—and more recently launched the Oklahoma eSports League. 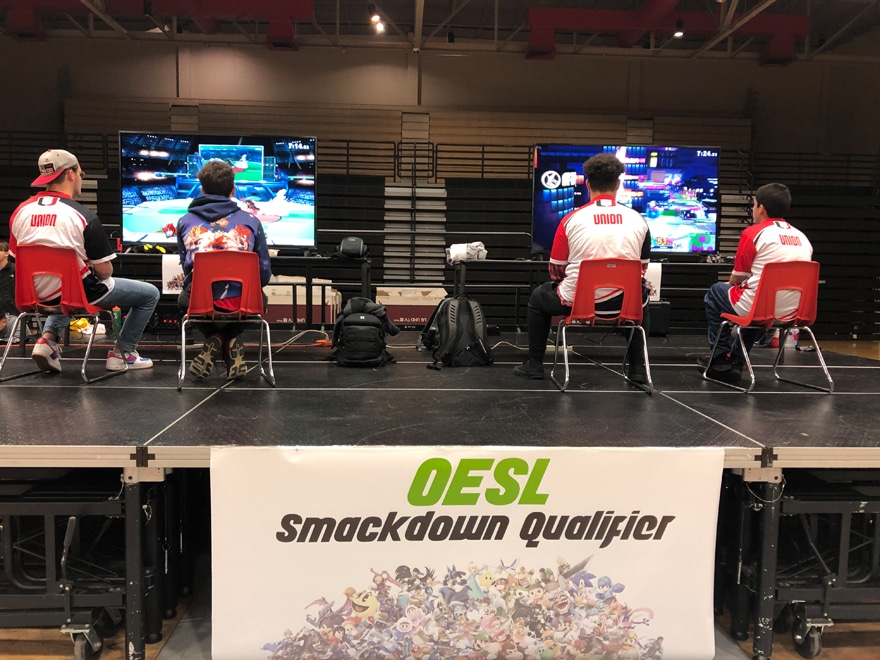 That program allows students who keep their grades in good standing to compete in popular video game tournaments with more than 30 other districts.

“We don’t care who wins, who loses, that’s a by-product,” he stresses. “We want to engage kids. The engagement piece is tremendous.”

Dovetailing with its blockchain initiative, the district is in the midst of an intensive 24-month project focusing on network and student safety. As part of this, the IT department is reevaluating everything across campus—from burglar and safety panels, to sensor locking and unlocking technology, to video security cameras.

Cybersecurity is just as critical; Borland and his team are monitoring devices across the network to determine where data is flowing in and out and who is accessing it.

All of these endeavors fit into Union’s larger mission to create safer, more effective learning environments and ultimately graduate kids who are career and college ready, he says.

That concept infuses all decisions made by the technology department: If a technology option doesn’t show a strong safety or learning benefit, they don’t act on it.

“That’s made our focus very concise, very easy,” he says.

Simply put, “the culture at Union is amazing,” Borland says. “We call it ‘The Union way.’ The way we do things is top notch. We don’t take shortcuts or the easy route, we focus on what’s important, we do what’s best for kids.”