Taking the lead to make the grade

Throughout his career in IT and education, Tom Benton has connected students to information, but never was the delivery of education tested as much as during the COVID-19 crisis. 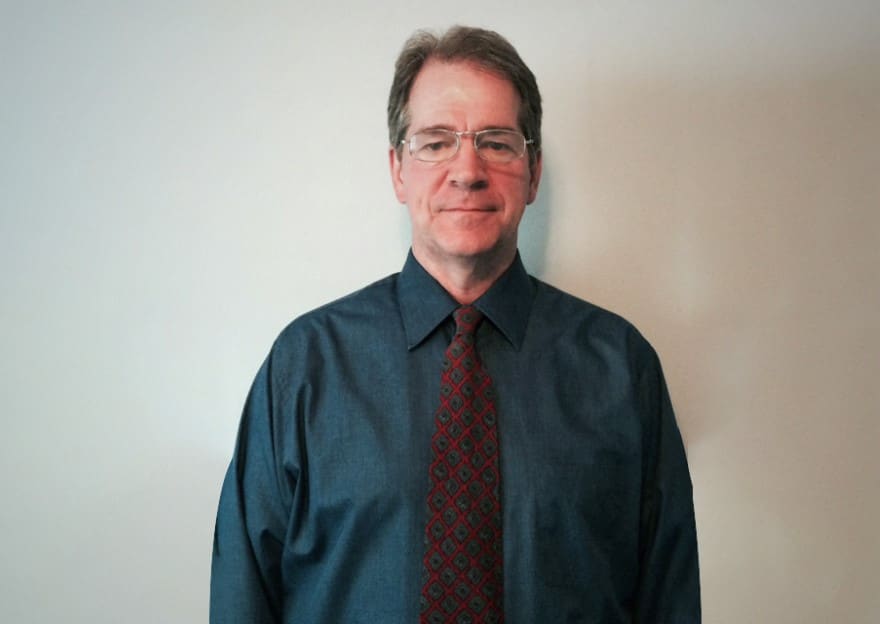 “Enabling students during this critical time was the priority,” says Benton. “Part of the success was leading students through a virtual guided pathway and putting the critical pieces of technology in place. COVID required a massive effort, but we had some real all-stars that stepped up to the plate.”

As Oscar Wilde once pointed out, “imitation is the sincerest form of flattery.” At Sierra—public community college with four campuses outside of Sacramento—that meant modelling its student success initiatives after top schools like Georgia State University—recognized in the industry as a leader in student success by closing the achievement gaps for disadvantaged student populations, Benton says. 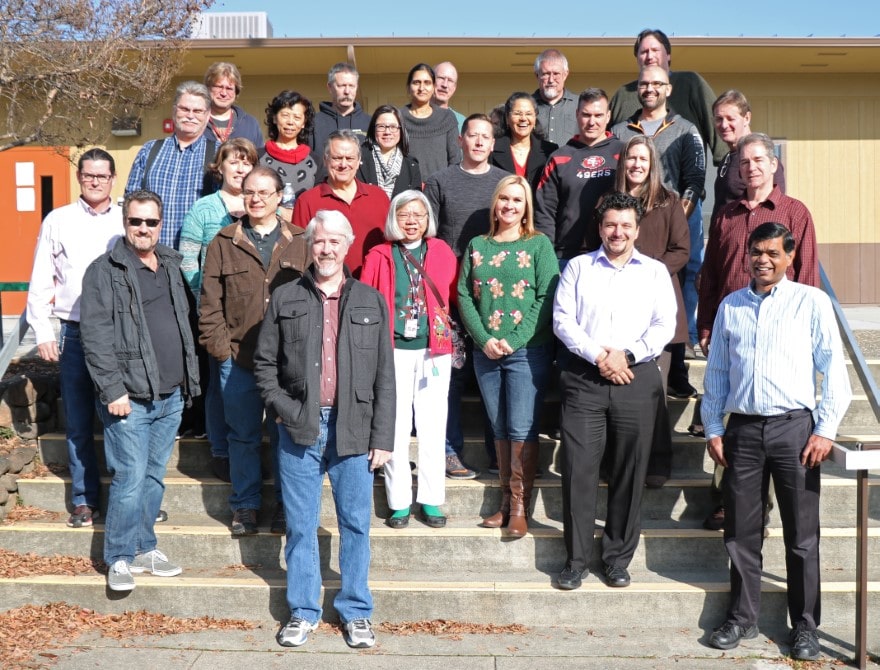 “A vision of mine has always been to make resources available to students from anywhere and at any time” he adds. “By modelling ourselves after some of the best-in-class practices, we’ve positioned ourselves to be more of a leader.”

Among the first issues during COVID was a bottleneck of inbound student calls. In response, Sierra College implemented a pilot program with Microsoft Teams funded by the CARES Act. It improved inbound call routing to remote teams who set up call queues with the ability to escalate when needed. Benton’s team also integrated a web chat tool to connect students directly to support resources and are exploring artificial intelligence chatbot, auto-attendant and text messaging options.

“That solved a huge problem,” says Benton, noting the school supports 18,000 students and 1,800 employees. “Previously the call center was handling in-bound calls, but the call handling wasn’t working from off-campus. With MS Teams we could answer the first call and route them appropriately and systematically handle those that followed.”

Following those improvements, Benton addressed remote access to the college’s network with VMWare and F5, allowing access to applications and files on campus computers, including some of its labs. The F5 Access Policy Manager provides the remote VPN portal and security while VMware provides the remote lab computer access.

“You can’t just download certain applications on your home computer. VMware allowed that program to run remotely. This was a big win for us to be able to extend that software for hundreds of students,” says Benton, adding Sierra is looking to make this change for more labs in the spring 2021 term.

“Customers rely on VMware to transform the way they build, deliver and consume IT,”  VMware CEO Pat Gelsinger. “This has given students the ability to connect to a Windows 10 computer on campus from their device at home.” 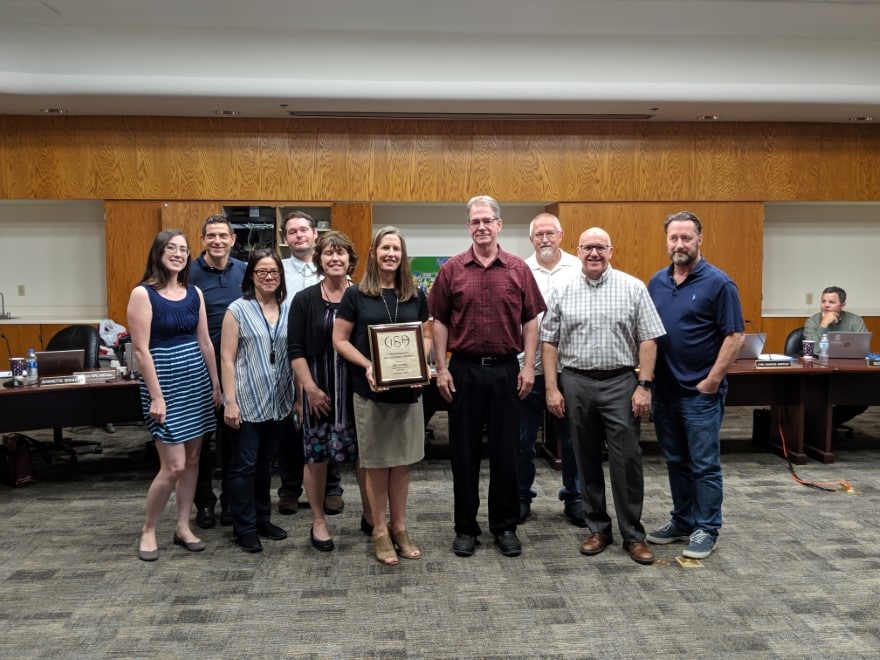 The Sierra College team won the CISOA Technology Innovation Award, led by Julia Arreguy, and her IT Students Applications team, for their work towards enhancing the student experience.

Of course, the challenge of remote learning is making sure students are absorbing information.

To that end, Sierra College leveraged Hobsons Starfish software to help faculty detect signs of educational decline—from students missing class to poor performance. On the flipside, students were able to use it as a portal to access advisors and educators specific to its “Guided Pathways” initiative. Sierra is also using Hobson’s text messaging campaigns to nudge students through the enrollment process in early January 2021.

“Primarily it allowed faculty to raise a flag on a student if they felt they were heading down a road toward failure. With this, it activated an early alert system notifying a counselor and case management tool to help students,” he says.

“There are at least 20 different points we could attribute to educational success during the pandemic, but nearly all points can be funneled into one of these projects,” he says.

What’s true of Sierra’s educational pandemic solutions can also be said of Benton’s career progression, namely that all of his IT experiences—in both private and public sectors, in healthcare, education, and working in internet startups—were synthesized and channeled into this one diversified position.

Earning a degree in management information systems from California State University – Sacramento in 1985, Benton spent his first 11 years as a network engineer and then technical support manager at Baxter Healthcare and later as director of network services at Orion Systems. He then made the transition to education as an IT operations manager at Stockton Unified School District in 2002, before shifting to government services as IT manager for Sacramento County in 2005. 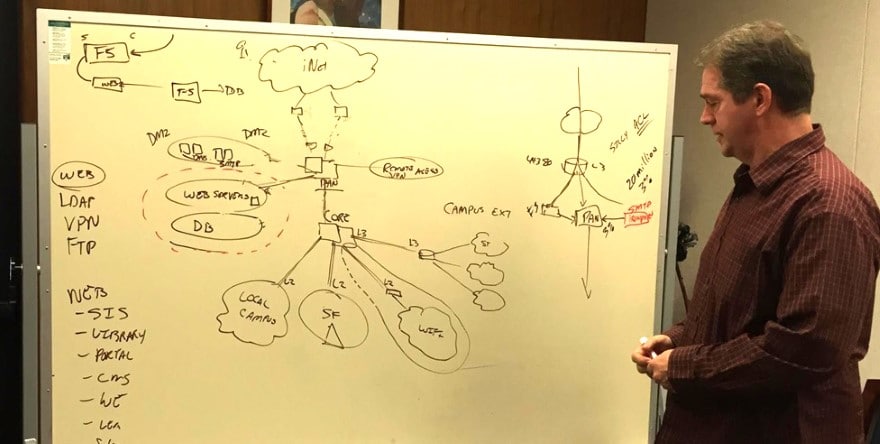 Benton came to Sierra in 2009 and focused on virtualization and online learning—especially last summer when coordinating with Sierra’s Distance Learning Department staff who spent six weeks to train faculty on converting classes to Canvas for online learning.

“I think at heart I am a planner, so I like to try and identify technology innovations and trends and how they might solve business needs. For us that means focusing on getting students enrolled, helping them access aid, and getting them to meet their educational goals,” he says.

While the majority of the “pandemic projects” are completed, there continues to be upgrades to operations. Benton is making those necessary tweaks with a staff of 35, who he says has been invested in student success during this challenging time.

One project still in the works is with Next Gen. Sierra started working with the software as a service corporation last summer to implement its e-signature and Dynamic Forms applications and integrating them into our student information system for handling dual-enrollment students (high school students attending college-level classes). So far the school’s four campuses processed several thousand applications in its admissions and outreach departments. 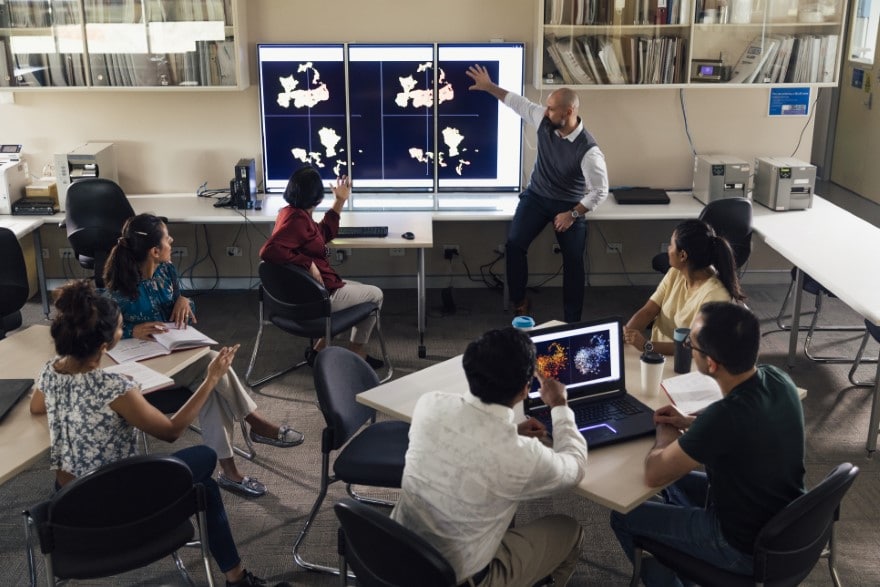 “Next Gen offered us a quick way to digitize some of our processes that previously required students to be on campus or attending in-person events. This was a big win when campuses shut down and classes were fully online,” says Benton, who adds it will be a timesaver since he doesn’t have to assign a programmer to build additional workflows in the future.

“We’re only too happy to help,” says Next Gen COO Jim Grace. “It’s an exciting opportunity to grow our business in California this year and Sierra College has been an impressive early-adopter of the product.”

The work, while intense and complicated, is intrinsic to getting an education in the throes of a pandemic.

“Now more than ever we have had to change on a dime,” says Benton. “All the things you hear and read about with the need for IT to be ‘agile and nimble’ were called into action during this time.  Don’t let anyone tell you it is not worth the investment.” 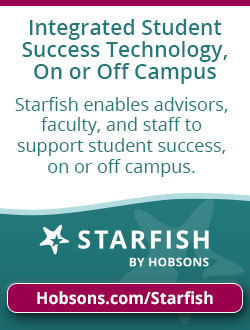 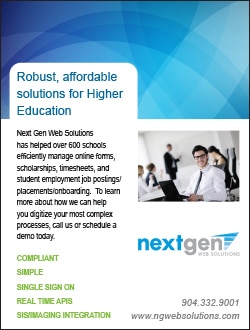 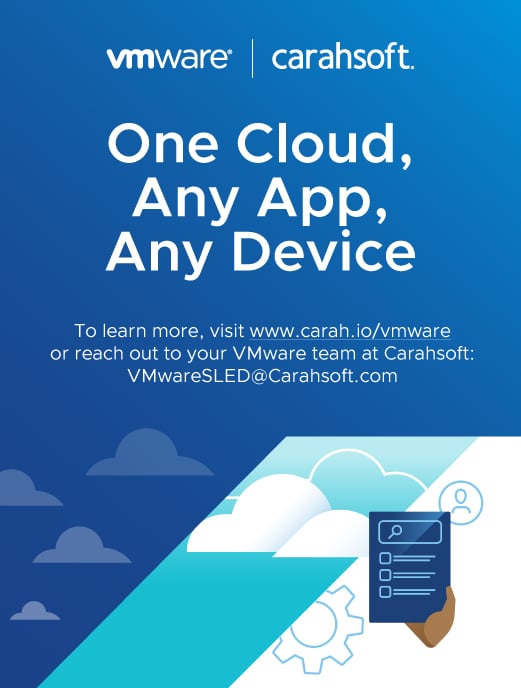