Changing academic IT for the better

Admittedly, Tom DeChiaro leapt into a favorable situation in early 2016, becoming chief information officer and vice president at Drexel University and its then dotted line College of Medicine relationship, after distinguishing himself in two prior roles in academia and the private sector.

Entrusted with the continuous fine-tuning of Drexel’s infotech—a vital component in the far-reaching strategic plan laid out by the senior leadership—DeChiaro has been leading the nonprofit university’s IT evolution one step at a time. 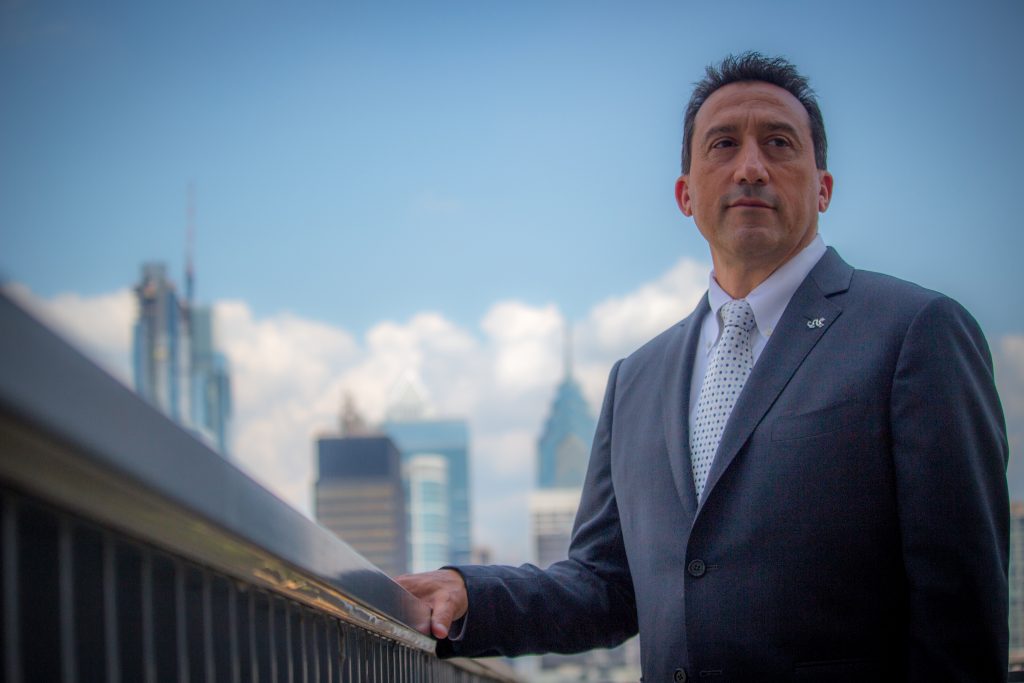 “Instead of any sweeping reorganizations, it’s more like kaizen,” the well-spoken DeChiaro tells Toggle in August from the Drexel campus in Philadelphia. “When I arrived here the infrastructure was already maintained fairly well. We just needed to develop and execute new objectives to advance the university in many areas.”

For those readers unfamiliar with Eastern philosophies or The Toyota Way of continuous improvement, kaizen is the Japanese ideal of “change for the better,” as opposed to change simply for the sake of change—a syndrome that folks in every profession may be all too prone to undertake.

DeChiaro utilizes the long-term approach of seeking to systematically achieve incremental changes that don’t leave the rest of the organization scrambling to play catch-up.

That said, he’s not one to delay matters, either. For President John A. Fry’s vision includes Drexel becoming the nation’s most civically engaged university, with DeChiaro chiefly in charge of the IT details so necessary to make that vision a reality.

Comprehensively, DeChiaro and his 175-member staff are focusing on software and applications, infotech infrastructure, civic engagement initiatives, and IT’s role in real estate development. Among his goals are to transfer the school’s commoditized services—including systems for customer relationship management, learning management, email and, eventually, resource planning—to a cloud-based platform.

The software and application front includes the implementation of new metrics-centric IT service operations software and the development of a marketing and processing app designed for a 24-hour university advancement campaign. Concurrently, infrastructure projects include evaluation of existent capabilities; a focus on cyber security and data and analytics opportunities; enhancing teaching by increasing appropriate technology use in courses; and an organized funding model for a refresh process comprising switch, router and other networking component upgrades. 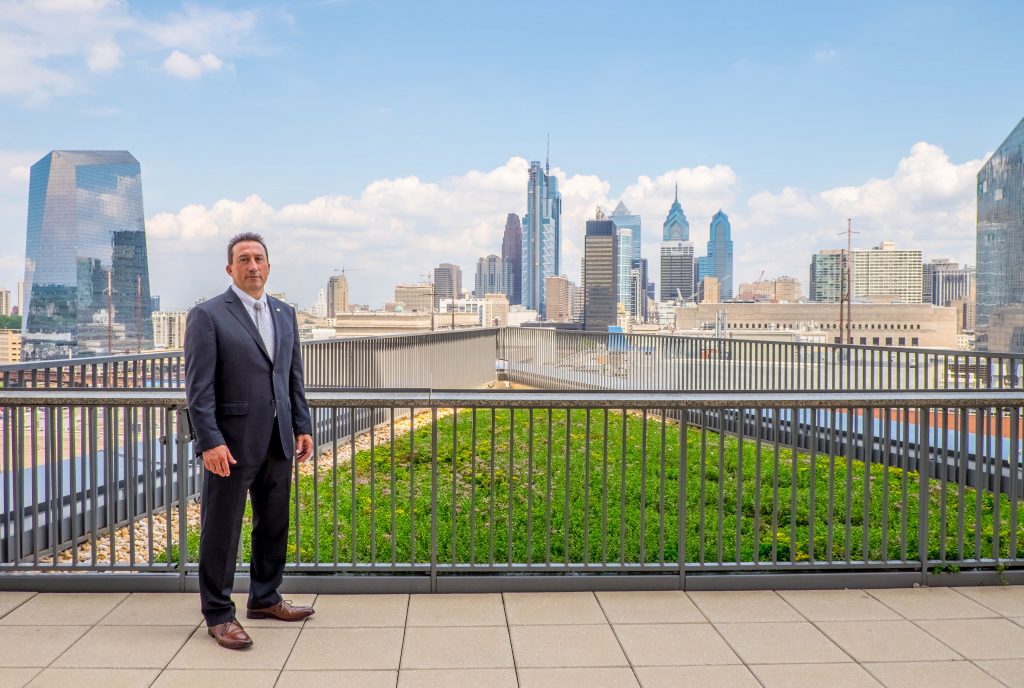 “The changing economy presents a very critical time for academia,” DeChiaro says. “How do we build our academic programs to supply the skilled workers the economy demands? There’s a great challenge in higher education to match the hard and soft skills of our graduates with employer needs. Unless we adapt to new circumstances, there won’t be enough people to drive the economy.”

Other countries are already feeling the pinch. China, he explains, faces a labor shortage, partially the result of an aging population linked to the country’s domestic policies. Asia and Europe are also inadequately producing STEM graduates – workers skilled in science, technology, engineering and math.

With the world only becoming more digitally connected, DeChiaro believes Drexel is setting an extraordinary example with what might be the most exciting item on Fry’s agenda, the “innovation neighborhood” of Schuylkill Yards on the main campus in the University City District of West Philadelphia.

In November 2017, ground was broken for what will be a 20-year, $3.5 billion project that has Drexel partnering with Brandywine Realty Trust and other private firms for the gradual transformation of 14 underutilized University City acres into a hustling, bustling mix of residential, commercial, retail, teaching and research facilities.

While New York City-based SHoP Architects and West 8–the Finnish-owned landscape architect and urban planner—develop the buildings and grounds, DeChiaro and his team strive to ensure Schuylkill Yards’ technology will be humming. In less than a year, headway includes signing the first tenant, Spark Therapeutics—a gene therapy startup—with ambitions to sign more innovators to the Drexel project.

“We’re committed to being a university that produces the greatest talent and gives our students the skills to succeed,” DeChiaro says. “We need to encourage more talented and trainable people to graduate college and contribute to the economy as a skilled worker or entrepreneur. Otherwise, we won’t have the people to do the jobs that need to be done.”

IT from the start

DeChiaro needed little convincing of the possibilities a scientific and technical background could create. His formative years shaped by the PC revolution, DeChiaro was intrigued with the first Apple and IBM personal computers. Committed to formal training, he graduated from City University of New York (CUNY) – Brooklyn College with a BS in computer science in the mid-1980s and an MBA from Western Connecticut State University in the mid-1990s.

“I just grew up with technology,” he says. “Because it moves so rapidly, I was never bored. Tech fit my personality style, always posing a challenge and the need for solutions.” 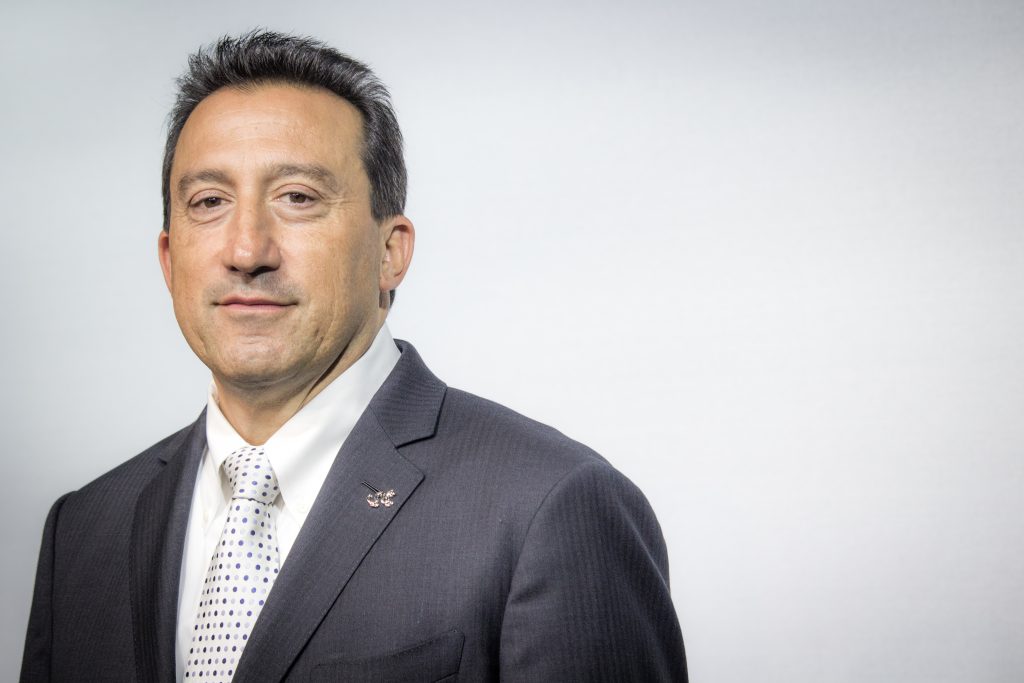 His resume includes stints as a vice president for defense contractor Commercial Systems Group in Somers, New York; manager of info-strategy and IT consultant for IBM; and president and CEO of i2STAR, whose clients include the Pentagon and Six Flags Entertainment Corporation. Academia, however, always had a pull; DeChiaro aims to do his part in educating those young leaders shaping the future of IT.

Higher education may be where people like him are most needed. Academic and nonprofit IT lags behind the commercial and industrial world. The same might be said of the public sector in general.

But while there’s a real calling for IT expertise across the board, DeChiaro advises on balancing technology immersion with learning in other disciplines. After all, he reminds, even the foremost brain surgeon had better have some bedside manner. Even in a digital world, leaders do not rely solely on technology.

“You’ve got to have a broad-based background,” says DeChiaro, who served three years as Western Connecticut State University’s CIO before coming to Drexel. “We don’t just need for people to be technicians and engineers. They need social skills, marketing skills, and business sense.”

With Schuylkill Yards becoming more wired every day for new uses, Drexel’s students, faculty and staff will have the means to improve their intellects on all fronts.