A people-person finds his place in app development

Tom McClain had an epiphany early in his career. A programmer at the time, he was developing on a mainframe computer and coding in COBOL, which was popular in the 1980s. After a couple years, he realized something was missing.

“You know, I really enjoyed technology, but I enjoyed the people side as well,” he says. 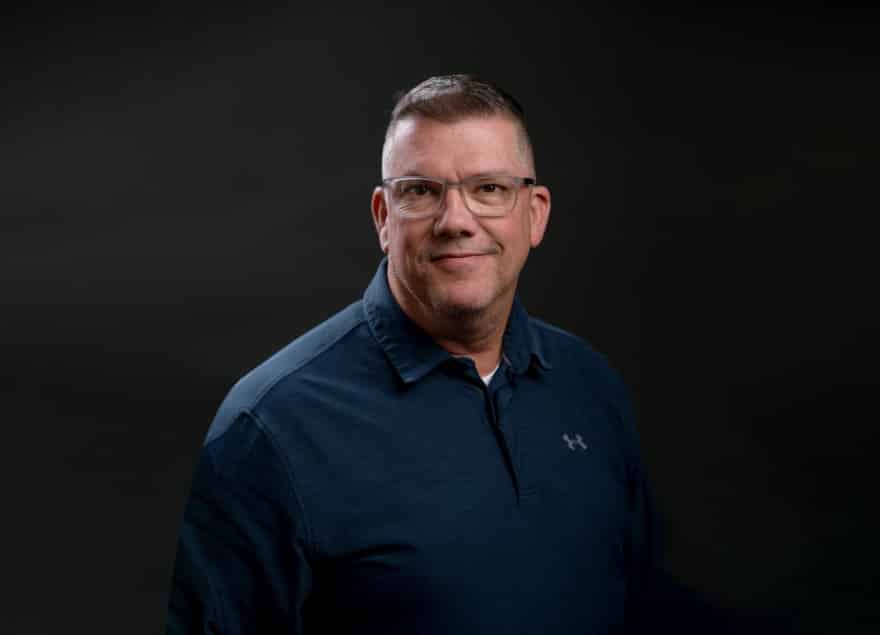 McClain has since found a way to work with both, a combination that helped him land his current role as director of IT application development at ITA Group. The Iowa-based company helps clients increase employee performance or customer engagement with custom solutions, such as events and recognition and incentive programs.

“Most of my career has been a mix between IT and project management,” McClain says. “Both roles have been about identifying what personnel and resources would be needed to support any given initiative and putting a plan in place to deliver the scope of the effort. Applying technology and people to deliver business needs is really gratifying.”

According to McClain, ITA Group uses personalization and data-driven insights to connect companies with customers and employees, which helps create loyalty.

For example, ITA Group works with automotive companies to create reward programs for employees. A salesperson can earn points for selling a certain vehicle during a promotional event or for receiving a high service survey score.

“We have a tremendous catalog, filled with tons of choices that fit everyone’s lifestyle where you can go in and redeem your points,” McClain says. “Or we may put on an event that creates an exceptional experience that the attendees will never forget.”

The hope, he says, is that these programs will create positive reinforcement. ITA Group uses these programs internally, too, allowing employees to redeem points for vacation trips, reward cards or other gifts. McClain recently redeemed his points for a smoker box to use with his grill. 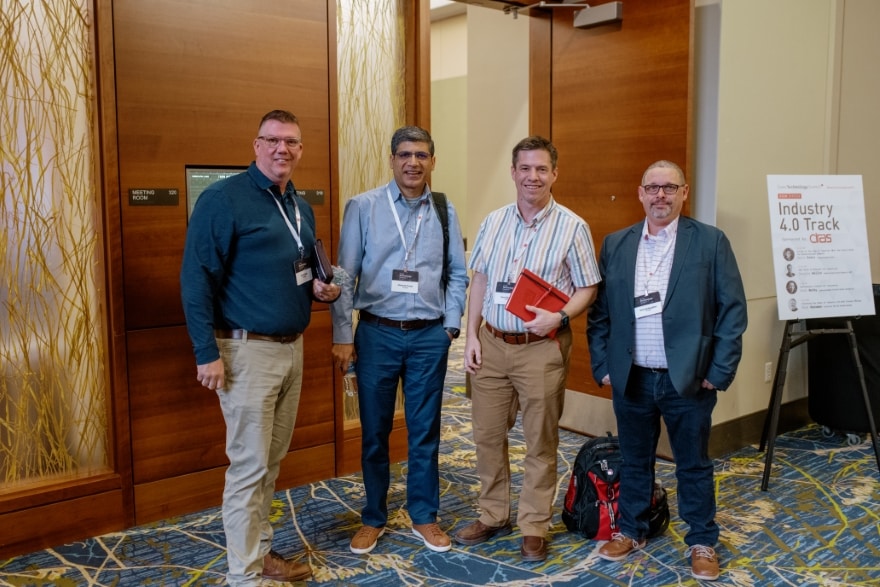 “I grew up watching my parents and their families work really hard to achieve success,” he says. “But I also watched them enjoy the benefits of all that hard work. Having my hard work recognized and then being able to enjoy the fruits of my labor is to me what life is all about.”

McClain is equally excited about the integration of artificial intelligence into the company’s incentives software. Earlier this year, the client technology team created a tool that uses AI to process product claims more efficiently. It also issues rebates and other perks more quickly to customers who purchase products from ITA Group’s clients.

For example, to get a rebate for a purchase, a customer can take a picture of the receipt, and, using an AI-powered scan, ITA Group can get most of the information needed to approve the claim.

“If the customer bought 10 things at a supply store, and three of those were from our client, we can quickly determine those items are eligible for the promotion and issue the rebate,” McClain says. “The contractor can then use that award for whatever they like. Everyone wins.”

McClain says finding employees to fill highly technical roles has been a challenge, but that the COVID-19 pandemic has allowed him to expand the applicant pool.

“Our remote hires have been great,” he says. “By providing location flexibility, it gives them the work life balance they want, and offers us additional talent to tap into.” 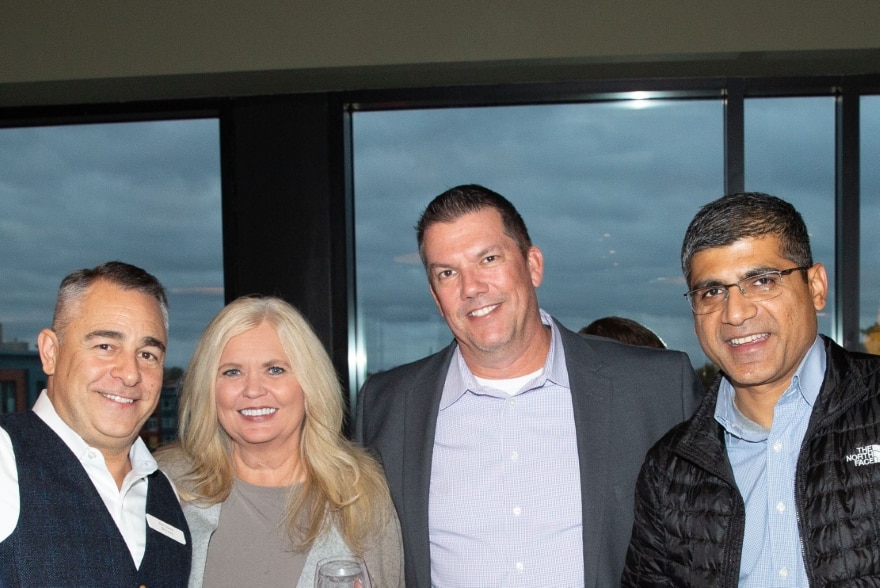 With a highly qualified team in tow, McClain is looking to the future and new technology strategies—specifically, broader cloud hosting and data lakes.

With data hosting that uses a centralized repository, ITA Group will have flexibility in how it stores structured and unstructured data—at any scale. And while the data architecture particulars are beyond McClain’s specific umbrella of expertise, ITA Group can bring in the top people for the job, locally or remotely.

“We are working on a data strategy initiative to put data into a data lake repository where appropriate,” he says. “Our teams are partnered with our data analytics team and the possibilities for what we’ll be able to do with the data are endless. Like the saying goes, data is gold.”

Beyond Bits and Bytes

McClain knows a thing or two about being on the leading edge—in his previous roles he’s helped Wells Fargo and Aviva overhaul their tech stacks. But what he appreciates most about working at ITA Group is the connectivity—not just with applications and processes but with the culture and people as well.

“I’m big on building relationships, connections and trust within the company and with clients,” he says. “Here, I have the support from my leaders, teams and management to be able to do that effectively.” 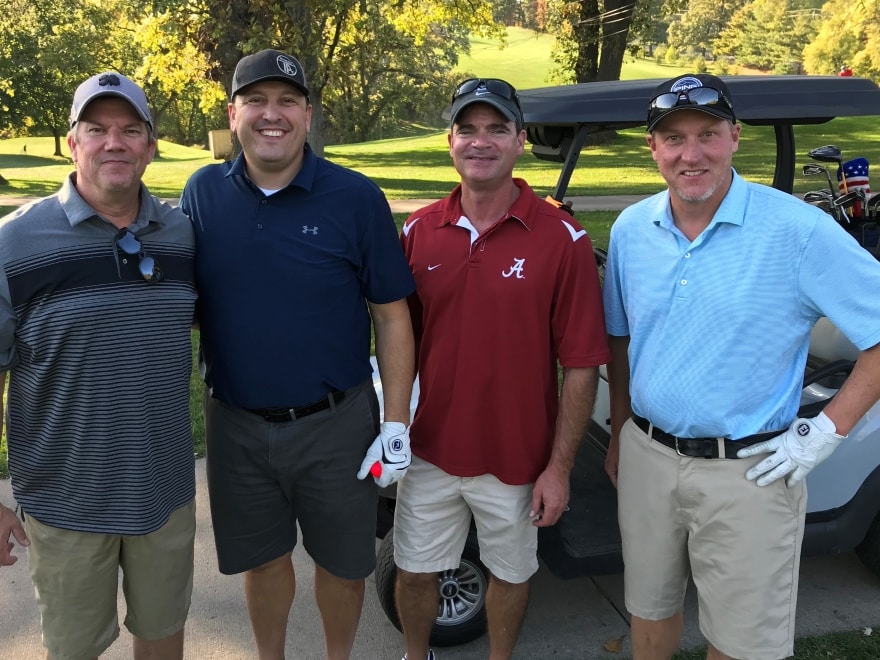 Throughout his career, he’s developed many friendships, including with CIO Jason Katcher who he’s known for over 20 years. McClain has been with ITA Group since July 2017 and says he appreciates how accessible even the highest members of the leadership team are.

“One thing I appreciate about ITA Group is that when our CEO steps out for the day, he sometimes stops to chat,” he says. “It can be about a client effort we’re working on or about our affinity for our beloved Chicago Cubs. Working for larger companies you never even saw the CEO or CIO, much less had them stop by your office.”

categories: Directors of IT, Staffing 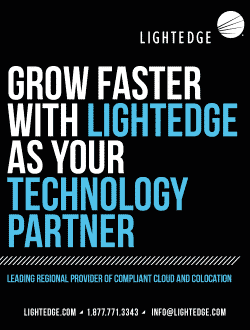