Never a dull moment at Sharp

There’s something major in the high-tech mix that’s soon to be unveiled by Sharp Electronics Corp., but Associate Vice President and CIO Tom McElligott wasn’t about to let the details slip during a chat with Toggle in early August.

Still, while listening to the Irish-born McElligott expand on what a dynamic industry info-tech is, one gets the sense that whatever the new product is, it’ll be the latest in a long line of game-changers. 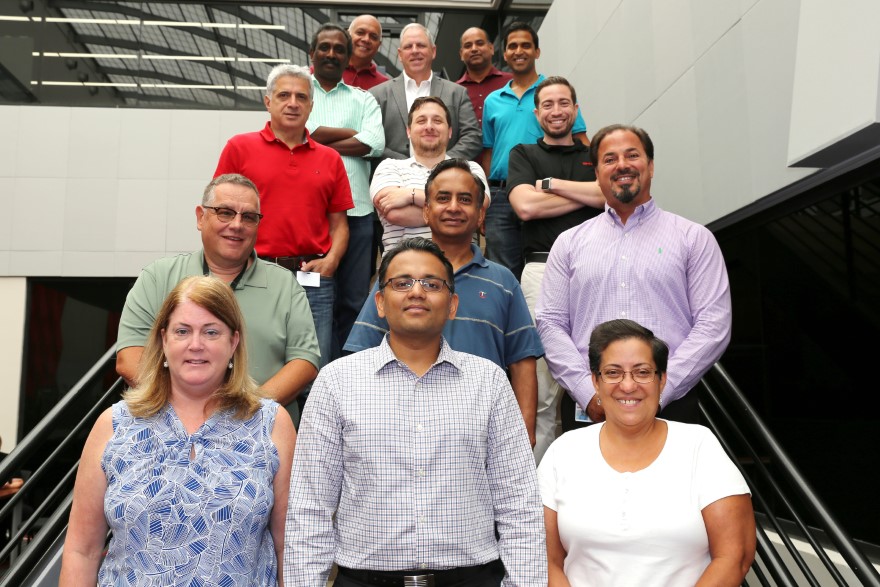 And possibly be overtaken by something else not too many years down the road, likely by another Sharp product. Nowadays nothing seems to stay cutting-edge for long.

“Just look at how the cellphone has changed lives and how they keep changing,” McElligott muses from his office at Sharp’s headquarters in Montvale, New Jersey. “Today everyone’s carrying around a computer in their pocket, a small computer with more capabilities than those big, old-fashioned computers that once were so state-of-the-art. IT is an industry that doesn’t stand still.”

As to where Sharp Electronics is headed, McElligott seems most excited about further developments in automation, robotics and artificial intelligence. The wholly-owned U.S. subsidiary of Japan-based Sharp Corp.—once known best for televisions—just might be poised to set the industry standard in the new realms.

At the last Indianapolis 500, the Sharp Intellos Automated Unmanned Ground Vehicle carried the honor of Official Security Robot. Bearing some resemblance to the vehicles that have combed the Martian landscape, Sharp’s multi-terrain, mobile sensor, data-gathering robot patrolled predefined routes via a navigational surveillance platform while retaining the capacity to function as stationary sentry with a semi-autonomous mode for incident response. Very cost-effectively, it augmented the human guards in protecting the world’s largest sports venue, the Indy speedway’s 257,000-plus capacity, more than four-fold that of many NFL stadiums. 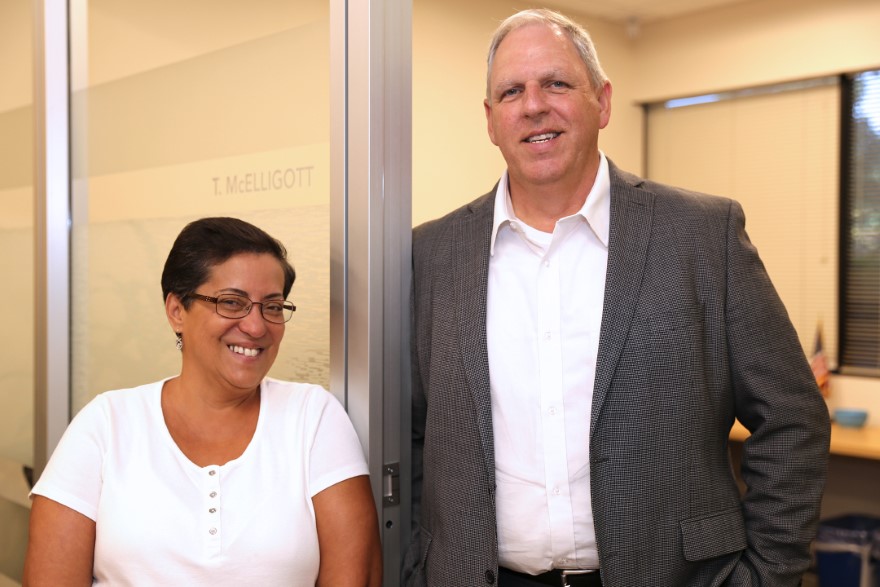 “We’ve gone from a manufacturing leader to a technology leader,” says McElligott, whose role at Sharp continues to expand exponentially. Business classes he’s taken in Chicago and Atlanta have enhanced his degrees from Rockwell College and the Irish Management Institute and helped earn him a seat with the company brass while setting an example for the in-house IT team of 22.

“Just a technical background doesn’t cut it anymore in our IT department,” he advises those under his wing. “In the past IT may have been separate from the business end of things, but how it’s evolved. To me, success as a CIO is completing a project where the company will actually benefit.”

In that area he can claim a lot of credit.

Time was when Sharp’s operations included multiple Enterprise Resource Planning platforms that McElligott has since consolidated into one. Such streamlining gives the company more direct control over the details and unifies all financial data in one system.

Data protection being a major concern for any large company, he ensures that users are well informed about what’s at stake and keeps them up to date about the latest risk factors. After all, a technology giant can’t afford to let its guard down. 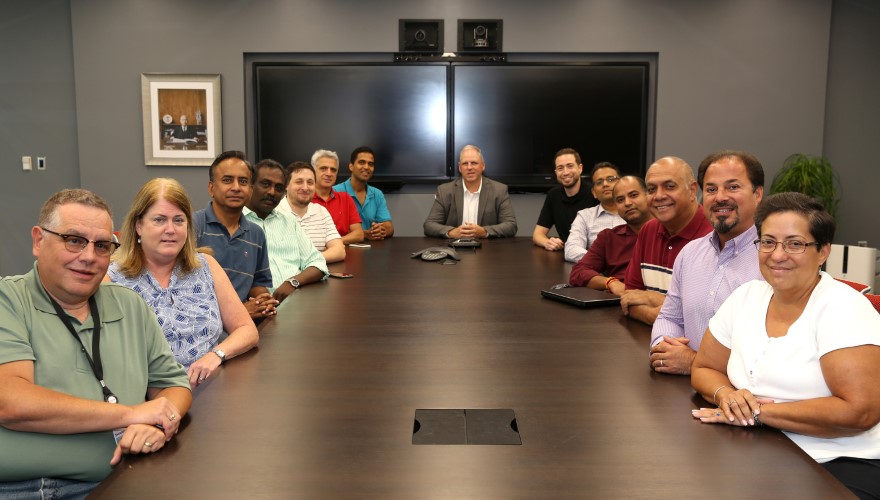 Prior to his promotion to CIO in 2015, he showed personal skills and versatility by managing on-site employees and consultants as well as off-site and offshore resources, while providing strategic direction to executive management on technology wherever possible.

It’s a veritable high-tech dream team that bodes well for exciting times ahead.

At home at Sharp

For the 55-year-old McElligott, it’s been that way since 1996 when he joined Sharp as director of IT applications. While acknowledging some mixed feelings about leaving his beloved Emerald Isle, McElligott saw more opportunity on this side of The Pond.

Could be he was meant for Sharp, for as a boy he had a favorable impression of his future employer through the use of its products, though never envisioning working there. In fact, not until McElligott was in his late 20s did he settle on a technology career after dabbling for a few years in hotel and restaurant management. His 22 years at Sharp have been an ideal fit for both parties. 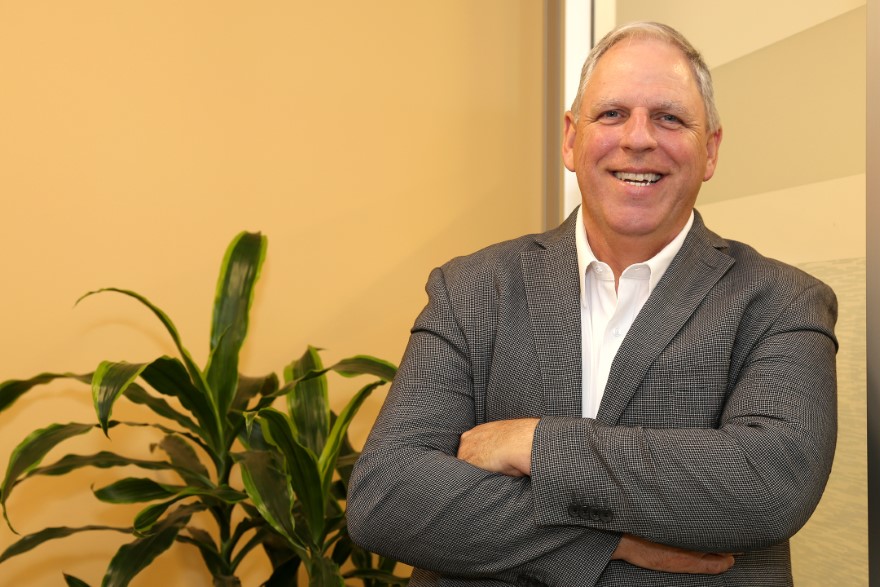 “I’ve served six different roles and enjoyed the freedom to move around and learn,” says McElligott, now a U.S. citizen living in the Hudson Valley. “It’s been a great company to work for and my role keeps growing with big changes over the past five years. I’ve become more of a business leader. In the past it was just support, but now it’s out front.”

As for the future, he anticipates robotics, automation and artificial intelligence playing bigger and bigger roles, though it’ll take some adjusting by the users. As to whether those functions will be part of whatever Sharp might soon unveil, McElligott dodges that question.

But he can let his accomplishments of the past two decades-plus speak for themselves.