Innovation is an internal and external affair at NHS

For as long as most people can remember, the routine at the doctor’s office has been the same: show up, wait in the waiting room, get taken to an exam room, have a nurse record vitals, wait some more, and then, finally, the doctor comes in.

It may be effective, but it includes a lot of downtime and is lacking in efficiency, says Tom Morgan, the vice president of information technology at NHS Human Services Inc., an education and human services provider with more than 10,000 employees across some 600 integrated care facilities in eight states.

One especially busy NHS facility, located in Sharon Hill, Pennsylvania, recently installed a biometric kiosk in its waiting room. Now, instead of flipping through magazines, consumers can take their own weight, blood pressure, temperature and other vital signs—and have it automatically entered into their electronic health records (EHR) for a physician or other provider. 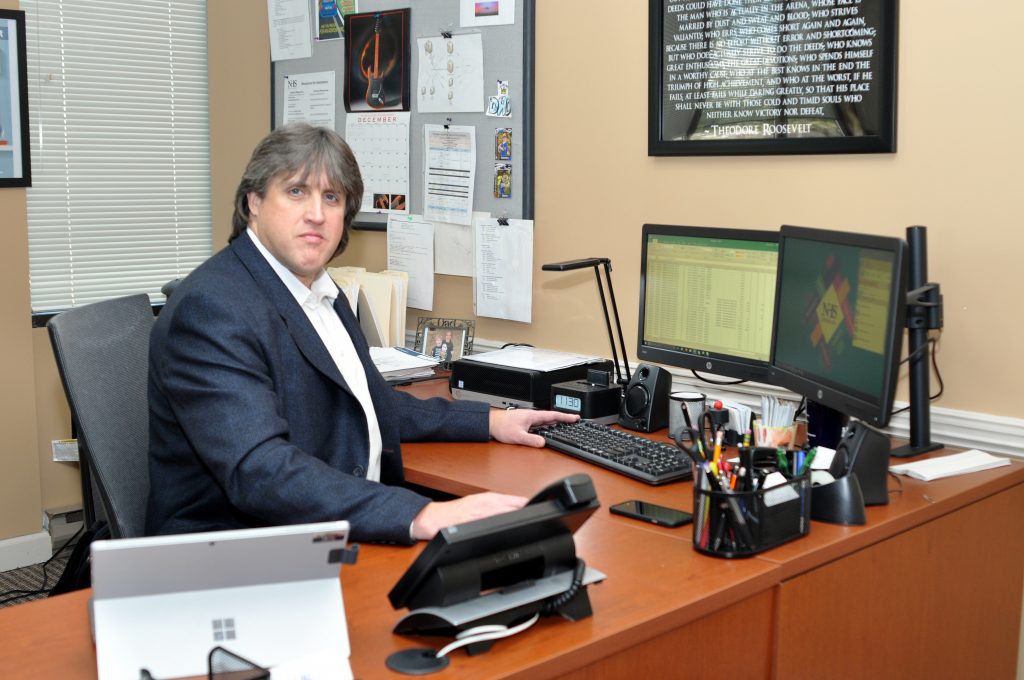 These kiosks are similar to the technology sometimes seen in pharmacies, but are much more private and advanced, Morgan says. They also include a monitor that displays a report of the consumer’s last 10 readings from previous visits, as well as tips for weight loss, high blood pressure and other areas of concern.

“The care starts before they even see the doctor,” Morgan explains.

So far, only one NHS facility is equipped with these devices, but the VP says there are plans to expand to other locations—and this isn’t the only exciting innovation the organization is introducing, he adds.

Healthcare has traditionally operated as a fee-for-service system, but this could soon become a thing of the past. The industry is beginning a shift toward a value-based care model—a form of reimbursement that ties payments to the quality of care provided and rewards providers for efficiency and effectiveness—and NHS wants to be part of this transformation.

“It’s something we’re trying to be on the leading edge with,” Morgan says, explaining that few companies use the new, value-based model at all, and even fewer use it well.

Not only is it challenging to track what happens after a consumer walks out the door, but a participating facility needs to have the right tools to both capture and analyze the relevant data for effectiveness.

For NHS, the first step was revamping its current EHR, a system almost every employee uses. After some consideration, the company decided to stay with the current system, renegotiate the contract with the vendor, make updates and upgrades, and introduce a new analytics team and model. 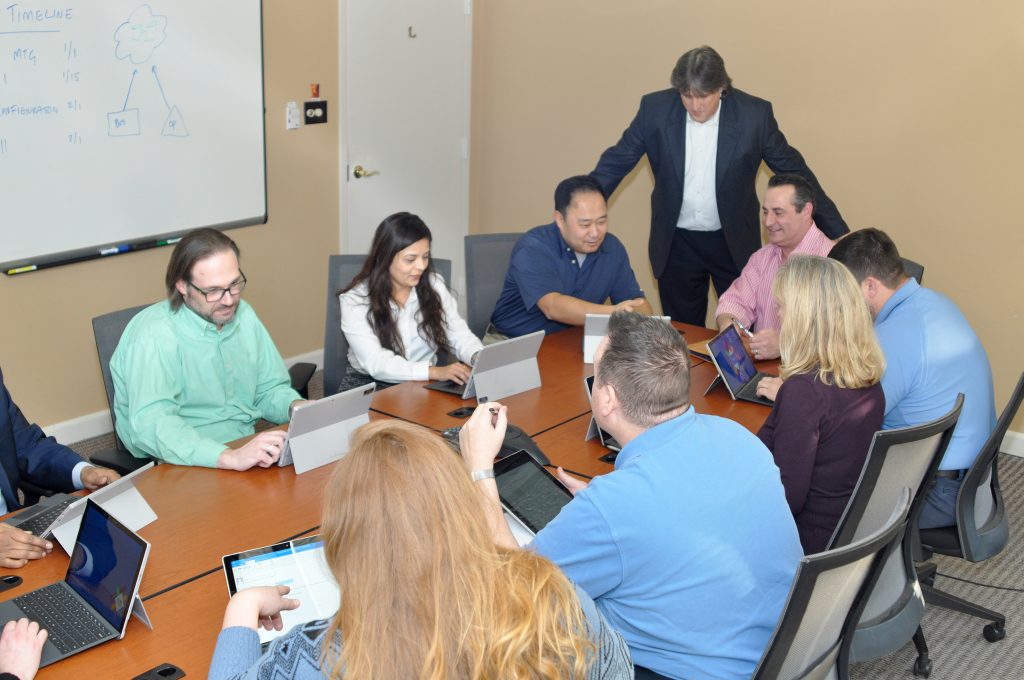 Though NHS might have used a different system, Morgan says facing resistance among healthcare professionals is common in the industry.

“The users are not technology people or folks that would traditionally use technology as part of what they do,” he explains. “They’re caregivers; they want to physically help someone.”

To avoid tech appearing burdensome and to gain acceptance, the IT team has to show the medical staff what the future looks like, why they are making these changes and how it should eventually provide better outcomes.

Morgan likens this situation to the introduction of power drills.

“If you were using a manual screwdriver all your life and someone gave you a power tool, you would balk at that at first,” he says. “But once you start using it, you never go back.”

Care in every department

When Morgan was hired by NHS in 2015, he saw room for improvement within the IT department and its support services. Common frustrations included long wait times for fixes, a low response rate and sluggish systems and infrastructure.

As a result, the VP introduced IT CARES, an acronym for compassionate customer service, accurate analytics, reliable on-time services and empowering technology.

Critical to this initiative was the implementation of a productivity platform based on Microsoft Office 365.

It was designed and built by Anexinet, a seasoned provider of digital platforms for intelligence insights, customer engagement and enterprise modernization. The result?

“NHS employees are empowered with robust collaboration, real-time communication and accessibility from any device on a secure, cloud-based platform,” says Tim Malfara, vice president for Anexinet’s hybrid IT and cloud services, who adds Morgan is “laser focused” in his approach.

IT CARES has been in place for less than two years, but the data indicates it has been a success across the board, Morgan reports.

The VP started his career working in IT in the mortgage banking industry, but he says healthcare is much more rewarding—especially in an organization that values mental health as much as physical health. 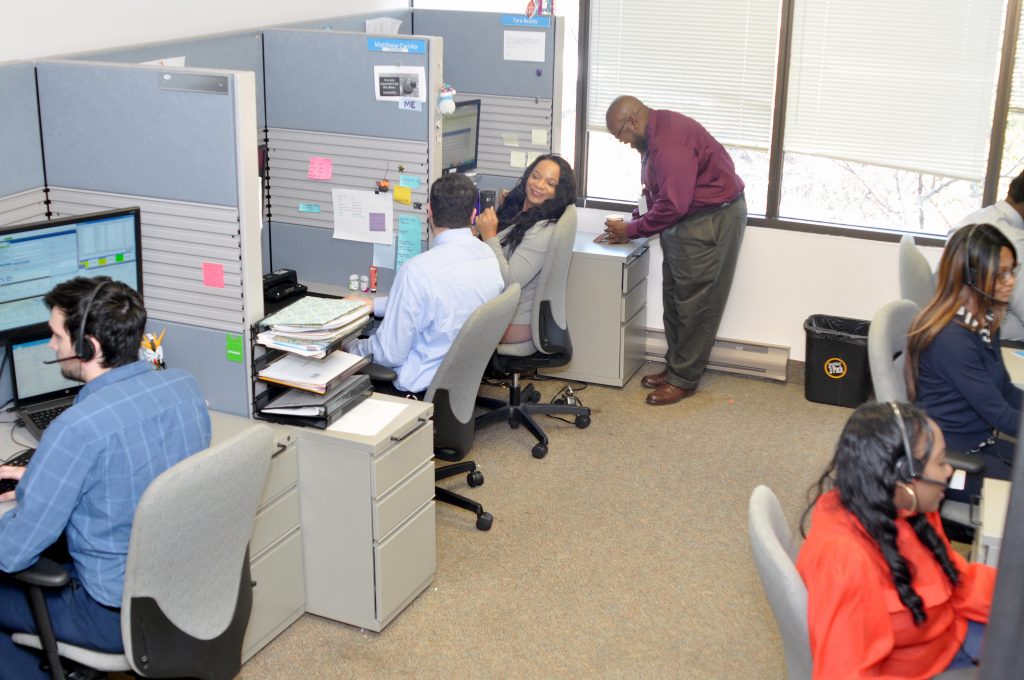 In addition to the quality of care, NHS is also focused on improving access to care, as evidenced by the “same-day access” policy available at some facilities. Instead of having to schedule an appointment, these locations allow consumers to walk in and be seen that day by a provider—which, in some cases, can save lives.

“If you’re struggling with depression, for instance,” Morgan says, “you don’t want to call up and be told your doctor’s not going to be available for another week-and-a-half.”

The VP emphasizes that his team deserves more credit than he does, and much of it would not be possible without CSI Leasing, a technology leasing company whose financial support and partnership has allowed NHS to purchase equipment, have a creative ally and constantly innovate.

“Healthcare is finally getting there,” Morgan says. “Lots of cool and exciting stuff is happening.”