A bowling giant goes for 300

Thirty years ago, the most obvious sign that your local bowling alley had arrived on the cutting edge was whether those old-fashioned score cards—hand written on plastic sheets and projected onto a blurry screen—had finally been replaced by a keyboard.

Today, America’s 10-pin pastime is in the midst of a full-on makeover, powered by high-tech toys and tools designed to make the customer experience more streamlined and more enjoyable. And Tom Tanase has had a front-row swivel seat to it all. 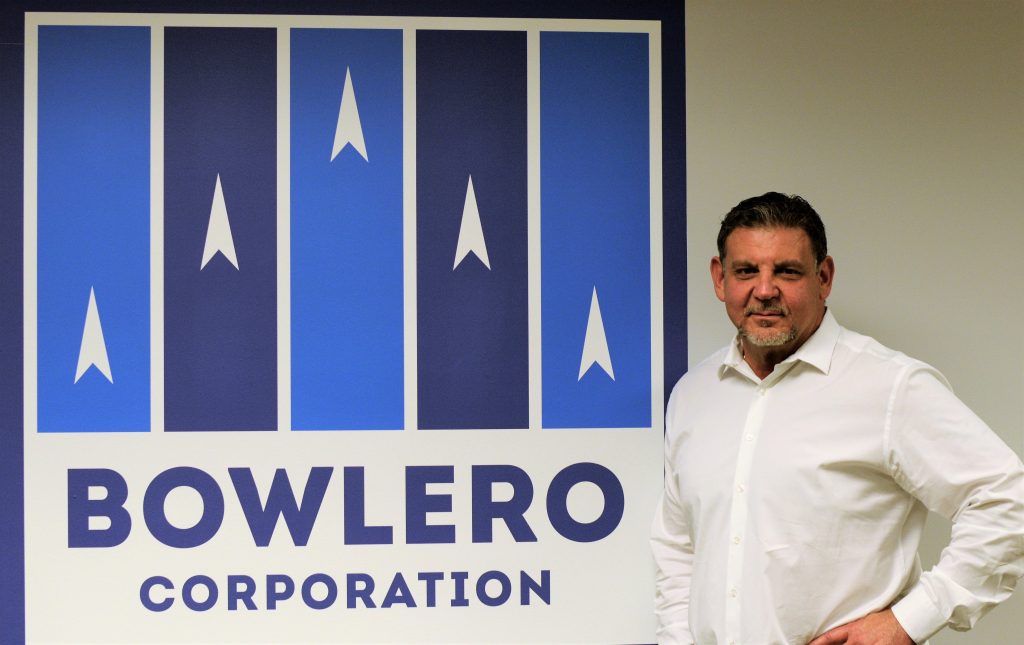 “When I started with Strike Holdings, Bowlero Corporation’s  predecessor, in 1999, upscale bowling centers were just starting to come into their own after [Bowlero CEO] Tom Shannon introduced the world to Bowlmor Lanes in New York City,” recalls Tanase, chief information officer for Bowlero Corporation. “We knew that niche was there, and we’ve gotten very good at what we do, in large part because leadership has been so willing to embrace new technology.”

Nowhere is this tech commitment more apparent than with Bowlero’s customer-facing kiosks. Inspired by similar devices commonly seen in chain restaurants and high-traffic airports, these 15-inch tablets allow users to order food and drinks—and pay—without having to wait for a server. 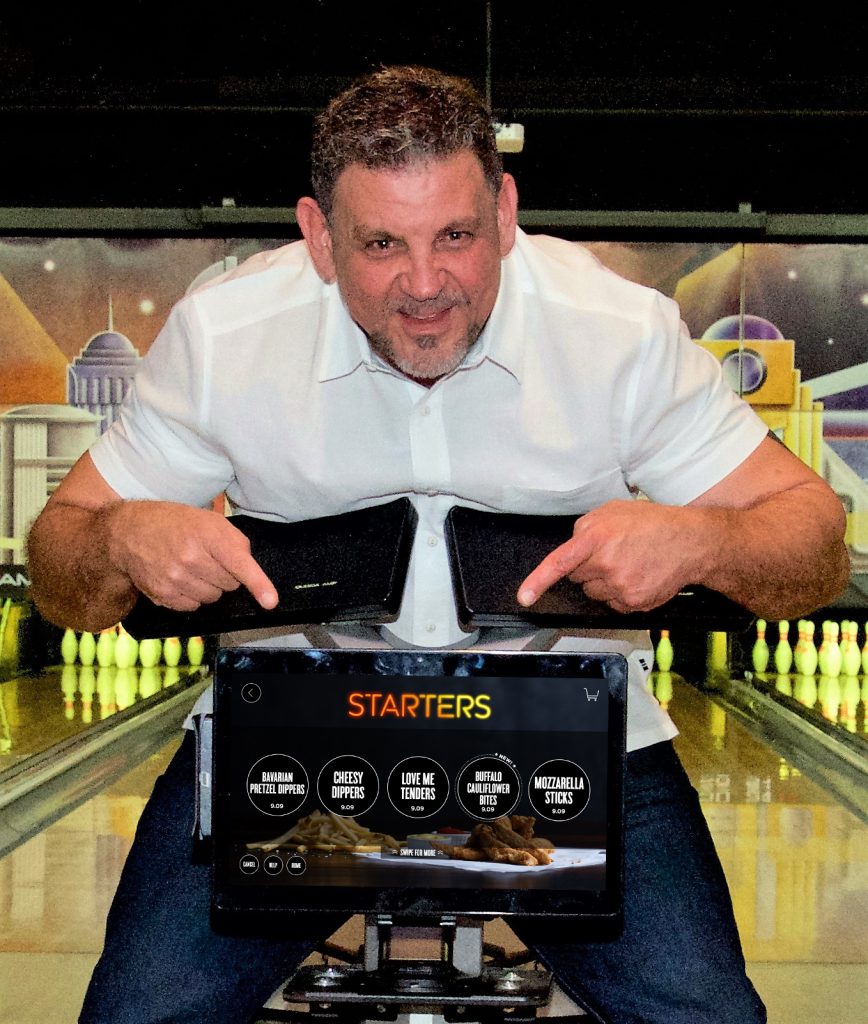 To create Bowlero’s version of the technology, Tanase worked closely with the company’s longtime point-of-service provider to develop a crisp, user-friendly interface that was both graphically engaging and encompassing.

“It’s a massive menu that offers the customer a full-service experience without the full-service wait times,” Tanase says. “We had to take our F&B department to the next level and hired staff capable of putting out quality products at a faster pace.”

When Tanase spoke to Toggle in July, kiosks had already been installed at 30 of Bowlero’s 300 nationwide locations, with dozens more soon to follow.

Improved customer service hasn’t been the only boon, however. In the past, servers would often be inundated by orders from large groups. Now, thanks to the kiosks, Bowlero has augmented its staff to include more food- and drink-runners to deliver the more easily ordered food and drink offerings.

If a particular Bowlero location encounters a bottleneck in delivering the wares, Tanase and his team can pinpoint exactly where the slowdown is happening, all while gaining insight into what customers across the country are buying.

“The efficiencies created by the kiosks are really remarkable,” Tanase explains. “The less customers have to worry about going up to the bar or settling a bill, the more time they can devote to their experience, which makes them more likely to come back.”

What’s more, Bowlero has seen measurable improvements since switching to the customer-controlled tablets, from an uptick in food and beverage sales to more glowing customer reviews.

To give these kiosks the necessary speed and reliability, Tanase took to bolstering Bowlero’s bandwidth. The overhaul began with a new-and-improved SDWan reinforced with fiber-optic lines—in layman’s terms, a hardwired internal network with plenty of juice. In addition, Tanase and his team installed new multiprotocol label switching with a 4G backup for customers.

Even the company’s internal phone systems are getting a much-needed upgrade. With 70 sales offices and call centers across the country, Tanase says that every missed call is a missed opportunity.

As one of the company’s long-standing partners, Nortec Communications, a premier Mitel partner, saw Bowlero’s transformation as the perfect opportunity to put its state-of-the-art digital phone system to the test. Thanks to this new SDWan network, Bowlero employees and sales staff are able to communicate more easily—and reliably—than ever before.

“What we’ve done is given Bowlero a unified communication platform that can grow with them into the future,” says Deb Wiker, assistant vice president of sales for Nortec. “By migrating Bowlero to the Mitel Enterprise Contact Center and adding specific communications applications, we’ve helped Bowlero increase agent efficiency and productivity as they service customers. As Bowlero continues to update existing locations and acquire new venues, we’ll be working hand-in-hand to continue this integration.”

But kiosks and phones aren’t the only devices running more smoothly. With widescreen televisions piping in everything from music videos to live sports—at a rate of one screen for every one or two lanes—it’s imperative that the guest experience be as seamless as possible.

“Depending on how many parties or functions there are, we might have a few hundred people in any one location,” Tanase says. “The last thing you want, if you’re a customer, is for your phone to be cutting in and out and the TV screens buffering content for two hours.”

To date, 150 Bowlero centers have been upgraded to fiber-based broadband networks. By the end of 2018, Tanase expects all 300 of the company’s locations to be on full-bore cable broadband.

Picking up the spares

Still, not everyone was immediately on board with Bowlero’s IT facelift. For the die-hard rollers and weekly leagues, watching their beloved lanes transform into hip millennial hotspots wasn’t exactly a welcome proposition.

One area where Tanase and his team have been able to make headway, however, is with food and drink service. With the typical league running anywhere between 30 and 60 people, logjams with servers were endemic. Customer kiosks quickly changed this dynamic, giving even the most old-school bowlers a reason to embrace the company’s tech evolution. 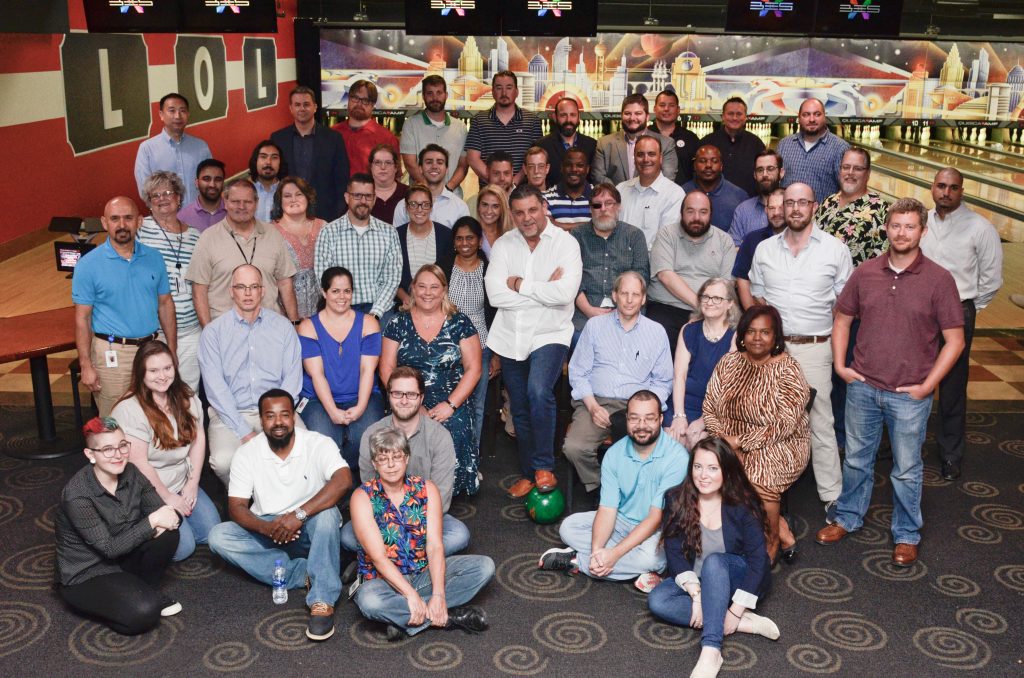 “It’s about more than technology; it’s also about creating a cleaner, more fun atmosphere overall,” Tanase explains. “You’d be surprised how quickly a league schedule can get thrown off just by not having enough servers.”

In highlighting Bowlero’s recent pivots, Tanase is quick to credit the company’s CEO, Tom Shannon, who first proposed the idea of customer kiosks after encountering the devices at New York’s LaGuardia Airport.

Other upgrades are still in the works, including a brand new cloud-based enterprise resource planning solution that will bring much of Bowlero’s back-end processes—from payroll to food ordering—into closer alignment.

But it’s the customer-facing solutions that Tanase believes will help bring this quintessentially American pastime squarely into the 21st century.

“Whenever Tom Shannon comes up with the next big thing, we’re going to turn on a dime to make it happen,” Tanase says. “It goes to show how things that seem outdated can be completely reinvented, just by embracing technology.”