Having plied his technology skills in both the private and public sectors, Tom Yeatts now finds himself in something of a hybrid role—employed by the former but serving the latter. 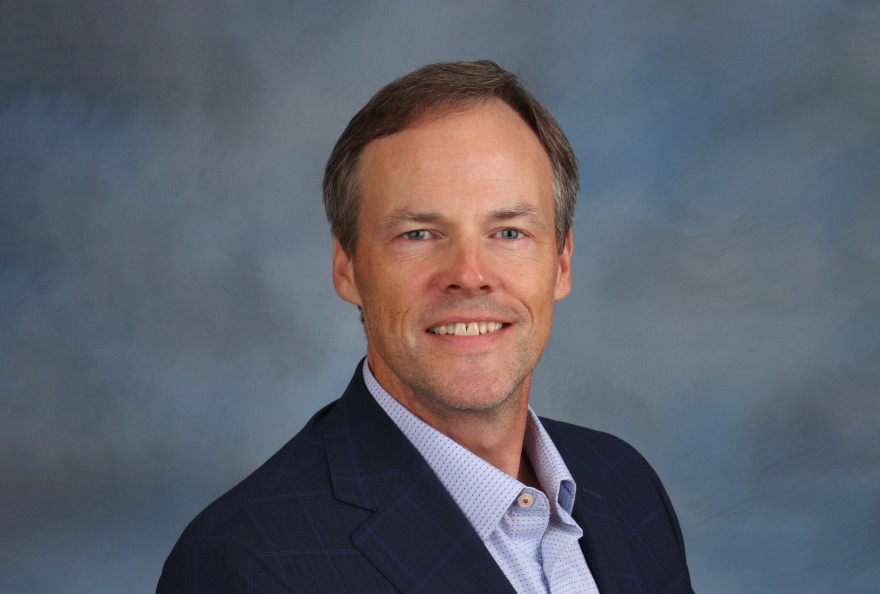 To say he understands the differences between the two would be an understatement.

“I used to be in government and there’s a reason why it’s behind the tech curve,” he tells Toggle in December. “Government can’t leave anyone behind. A private company can serve 85 percent of its customers, but government must serve all of them. And the people who need government the most may not have the tools, bandwidth or tech know-how.”

The global head of state, regional and local government at cloud-based digital pioneer ServiceNow since April 2019, Yeatts assists public agencies in the U.S. and abroad with their digital transformation strategies. Cities, counties, states and countries everywhere need to enhance their ability to digitally serve their citizenry, he says, and COVID-19 has only added to the sense of urgency. The pandemic is necessitating service providers of all stripes to go virtual, and Yeatts doesn’t see this new norm changing—even if vaccinations become readily available.

“This has been the toughest year for governments across the globe,” he says. “But we are seeing progress. It’s exciting and gratifying, though it seems like there’s so much more to do.”

Efficiency not just in store

Yeatts would like to make an online interaction with any level of government as painless as a virtual shopping spree, where all the goods are available at the click of a mouse—and government services should be equally as easy to find and request.

It’s being done in other areas, he says, citing the evolution of telemedicine and telepsychiatry. There may be no more confidential data than that of a person’s physical or mental condition, yet if healthcare providers can serve patients virtually and securely, so should city hall.

While there’s sensitive information on one’s driver’s license or passport, the communication between applicant and authorities can be as confidential as that between patient and doctor. Thus, Yeatts reasons, it shouldn’t be that difficult to simplify the procedures for renewal—and leverage this service delivery model in other areas.

“So many processes can be front-ended—the photo and supporting information collected before the appointment,” he says from his office in West Friendship, Maryland. “It’s being done elsewhere.”

Including in Australia, where the New South Wales motorist registry provides digital driver’s licenses that can be displayed on cellphones. Down Under, the public sector’s software can be cutting edge, thanks in part to relationships with ServiceNow, says Yeatts, and he’d like to bring more of those efficiencies up here.

Many U.S. jurisdictions have adopted ServiceNow’s customer service management platform for digital citizen services. Among them is the Tennessee Department of Human Services, which has simplified the benefits application process through an online system that accesses multiple areas of public assistance, and allows citizens the means to appeal a denial and track its status electronically.

According to Yeatts, it shouldn’t be unlike a person with a fishing license being able to apply for a hunting license at the same site, and then click on driver’s license renewal, property tax payment, building permit or whatever. All the better, he says, if it can all be done through one login account—something that’s become business as usual in the private sector.

Formerly the deputy CIO and CIO for Maryland’s Howard County, Yeatts says he was wowed by ServiceNow’s platform, which he likened to a Swiss Army knife.

“The good part of that is you can do anything with it,” he says. “The bad is you don’t know just how much you can do with it.”

Yeatts got a good idea of ServiceNow’s capabilities during his four-year tenure with Howard County, implementing the company’s software into a single unified platform, creating “a single pane of glass” to observe project-, change- and incident-related tasks, as well as measure organizational capacity across business units and time. 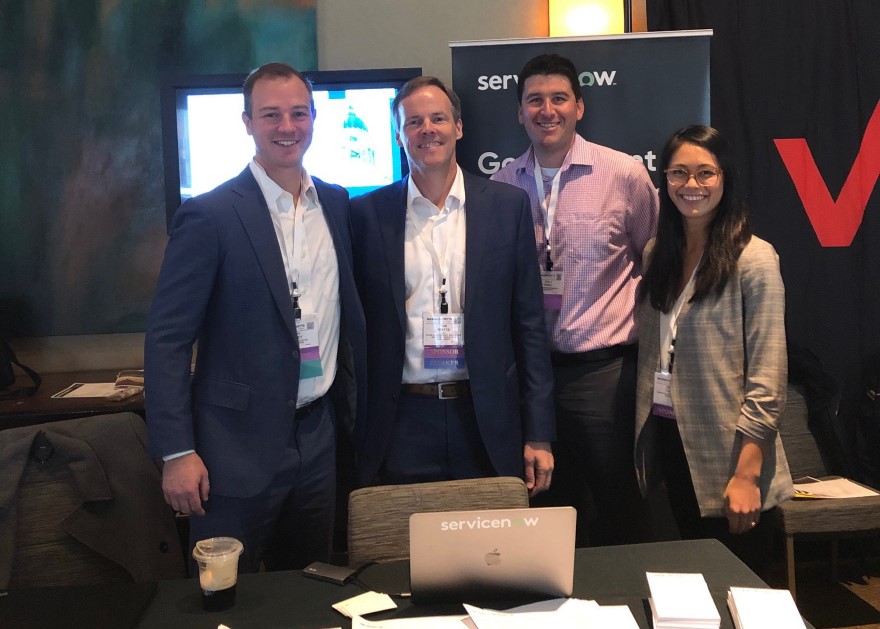 The Howard County service catalog, built on ServiceNow, links to over 900 services, and not just in the county proper—nonprofits, affiliated school systems, and so much more, comprise a “one-stop shop” for services.

Other jurisdictions can take advantage of this model, he stresses, citing how public budgets are being crunched as revenues drop or stagnate. The private sector continues its digital transformation with most Fortune 500 companies using ServiceNow’s enterprise platform. The company is a go-to for the telecommunications, health care, energy and utilities industries and is expanding into financial services.

All that’s exciting to Yeatts, but his focus is on the public sector, which is also where digital transformation is most overdue. “The work we’re doing is changing how people interact with government,” he says. “We’re decreasing the friction of dealing with government, and that’s more important now than ever.”

A 1990 Virginia Tech economics grad, Yeatts has spent decades in the infotech sector, beginning with an eight-year stint at the Federal Deposit Insurance Corp. During that time, he and his wife, Laura Kittleman, started VirtualSprockets, a developer of web-based systems whose clientele included a slew of nonprofits and causes such as Defenders of Wildlife, the ACLU, the International Campaign for Tibet and the Christopher Reeve Paralysis Foundation.

In 2003 the couple sold their company to publicly traded Kintera, with Yeatts staying on for a year as vice president of client services and Kittleman a little longer as director of engineering. Kittleman also ran the Kittleman Realty Group, a Keller Williams affiliate, with Yeatts until he  joined Howard County in early 2015. 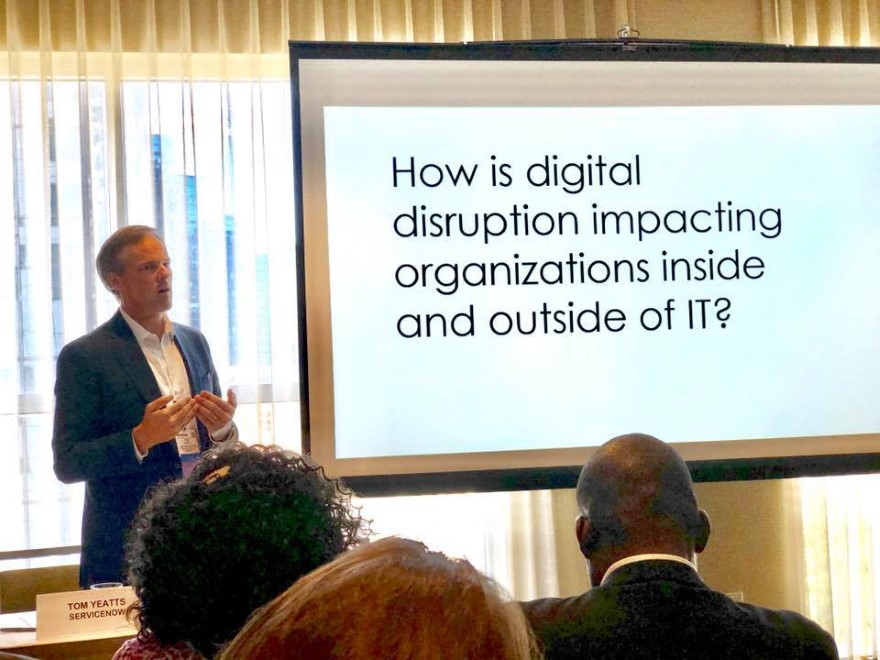 One lesson Yeatts got early on in Howard County was in organizational change. He was optimistic about creating and onboarding agencies to an upgraded website in three to six months; the county director said it would take a year. It turned out the county director was right. Though Yeatts found the technological aspects easy, onboarding the agencies took some doing, and managing the change took longer than anticipated.

But with the help of ServiceNow, Howard County has a website and a digital service catalog that he sees as a necessity rather than a luxury. The catalog gives government service providers the ability to save time and money, as well as help eliminate untold frustration for those who need services.

“Now, more than ever, the IT department is your friend,” Yeatts notes. “They don’t just respond with a laptop when yours breaks. Now they can help agencies reduce costs and bring new efficiencies in citizen service delivery.” 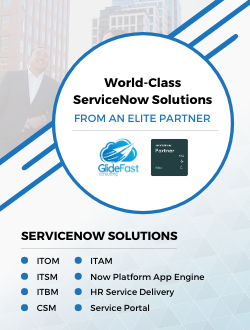