In crisis, Pikeville’s hometown hero is armed with technology

There’s something to be said about growing up in your hometown, spending time away to gain perspective, and then returning in a position to make a difference—in this instance, helping direct technological solutions to combat the COVID-19 pandemic. 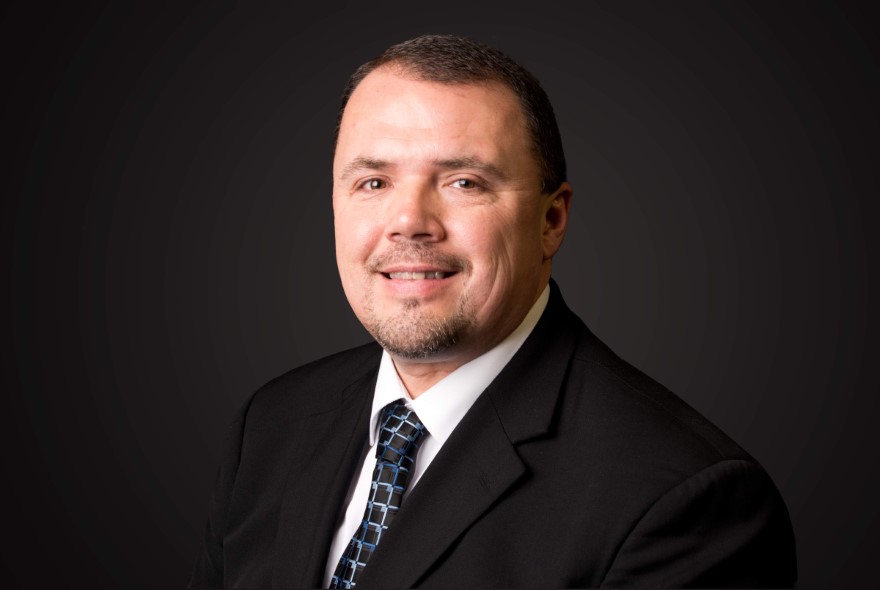 Such was the case for Pikeville Medical Center’s CIO Tony Damron. Growing up in rural southeastern Kentucky, he remembers a small healthcare organization that was part of the community fabric. Never did he imagine he would return to the area to upgrade its IT operations and help protect his friends and neighbors during the ever-evolving COVID-19 crisis.

By steadily upgrading computer operations, launching telehealth capabilities and even developing drive-through testing, Damron says today operations at Pikeville compare to what one would find in a big city.

“It’s personal,” Damron says of being part of a community where he still has many friends and family members and is now raising a family in the same area where he was raised. “It’s mindboggling to think back about the organization when I was growing up in the ‘80s and ‘90s. I sit back and see what we’ve been able to achieve today and its humbling to me.”

An evolution of upgrades

Founded in 1924, Pikeville Medical Center is the largest hospital in southeastern Kentucky, with 348 licensed beds. With more than 1.6 million square feet of space spread across 43 facilities, it has around 3,000 employees and offers services from cancer and cardiac care to pediatric, orthopedic and rehabilitative medicine. 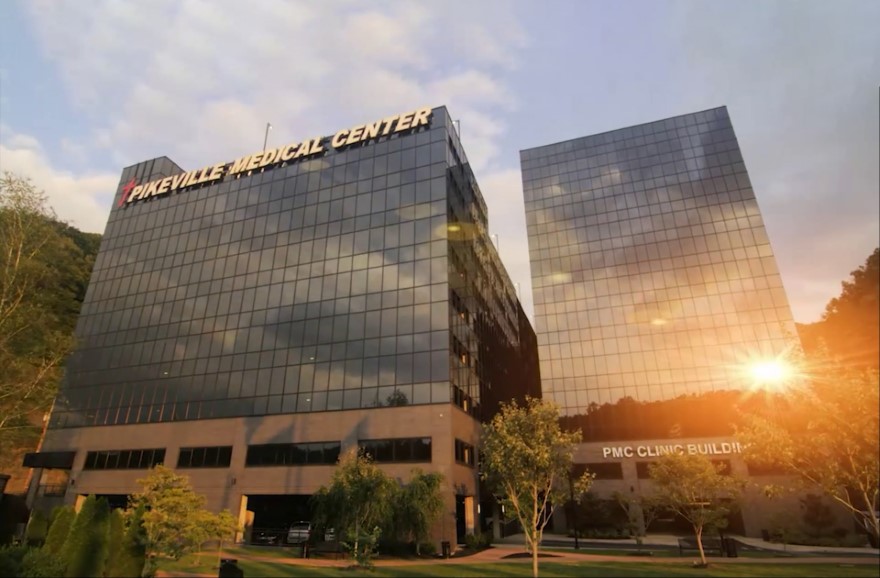 When Damron became the CIO in 2015, he remembers being surprised when he first looked at the technology in use. He had worked as a project manager at PMC a few years earlier and very little of the technology had changed since he left. A lot of the same applications were in place—with few updates—and the landscape and architecture had fallen behind.

Damron got busy replacing the software used for everything from clocking in, to payroll, to scheduling, to electronic health records. This summer he’s also immersed in another big initiative—upgrading a new human resources system—that should be completed by December. The latest changes will also include new electronic health records and improved internet and intranet offerings.

What’s next on his punch list? A picture archiving and communication systems review with a likely overhaul and additions to PMC’s cardiac care program that will take photos of a patient’s heart in action.

One of the solutions Damron turns to is CareVue, a core EHR platform developed by Carlsbad, California-based Medsphere Systems.

“All Kentuckians deserve good health care,” says Damron, “and a big part of our success in providing that care is through Medsphere’s affordable solutions.” 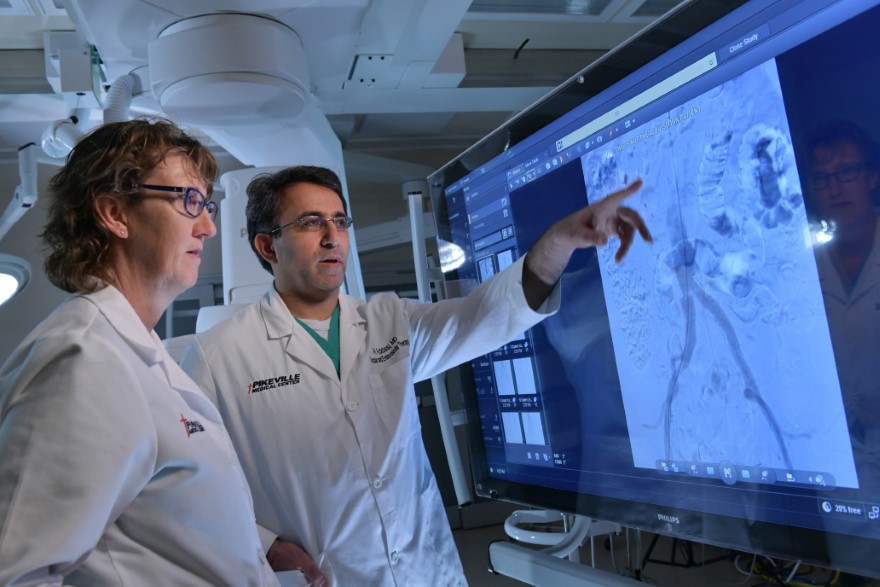 Through joint development projects oriented around CareVue and Medsphere’s Wellsoft emergency department information system, the healthcare IT vendor and PMC have improved clinical, operational and financial performance at the hospital.

“Medsphere is proud to partner with Pikeville on various healthcare IT initiatives that improve care for residents of eastern Kentucky,” says Irv Lichtenwald, Medsphere president and CEO.

Working with Pikeville and its leadership for several years on myriad strategic initiatives is Atlanta-based Coker Group, a healthcare advisory firm. Projects have included physician needs and fair market value assessments as well as an employee incentive program.

Most recently it supported Damron in his efforts to lead the hospital through an IT EHR selection project, working with Coker’s Senior Vice Presidents Jeffery Daigrepont, who oversaw the project; along with Randy Gott, who focused upon executive client oversight. Coker was tasked with leading the vendor vetting and system readiness efforts as Pikeville embarked on the project.

“Replacing a hospital information system is often considered a career defining moment for leadership,” Daigrepont says. “Having the trust and confidence of Pikeville’s leadership to help navigate these decisions is the most gratifying part of my job and the greatest honor.”

Connectivity in a crisis

Of course communication in this mountainous rural part of Kentucky is critical, and helping to keep those lines open for the past 30 years is Appalachian Wireless. The company has had a productive 18-year history with Pikeville Medical Center, says AW’s Marketing Manager Ashley Litteral. 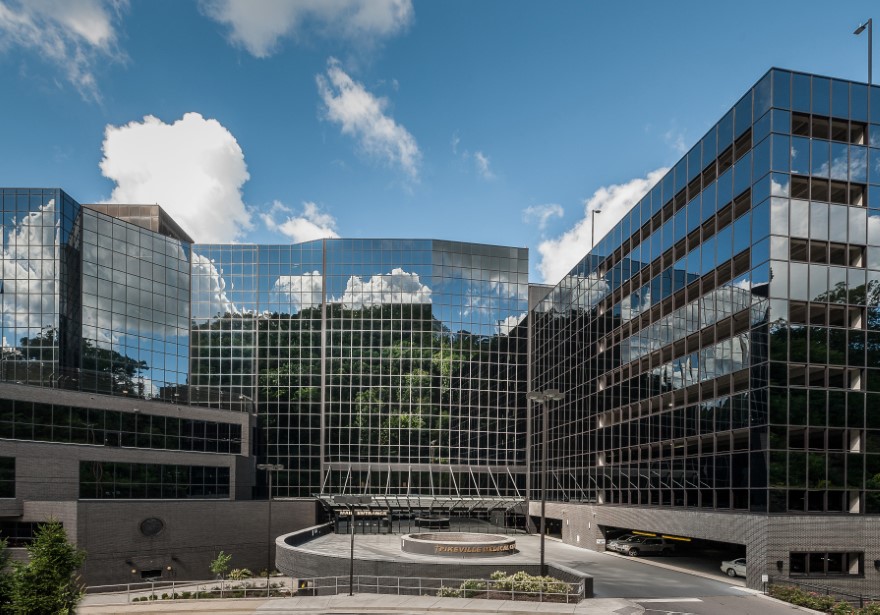 Connectivity is key, he explains, so ambulances can let the hospital know a patient is coming. To improve reception, AW has installed close to 300 cell towers, more than all the other carriers in the region combined.

“Our service is our olive branch to the public, to allow them to get help from first responders. Hopefully, our efforts will help save a life,” he says.

Other updates have been made on the fly. In March when the pandemic hit, Damron and his team amped up operations to help support drive-through lab testing—while increasing the medical center’s capacity for telehealth. They also installed a Wi-Fi hotspot in a nearby parking lot for patients who couldn’t access the internet. 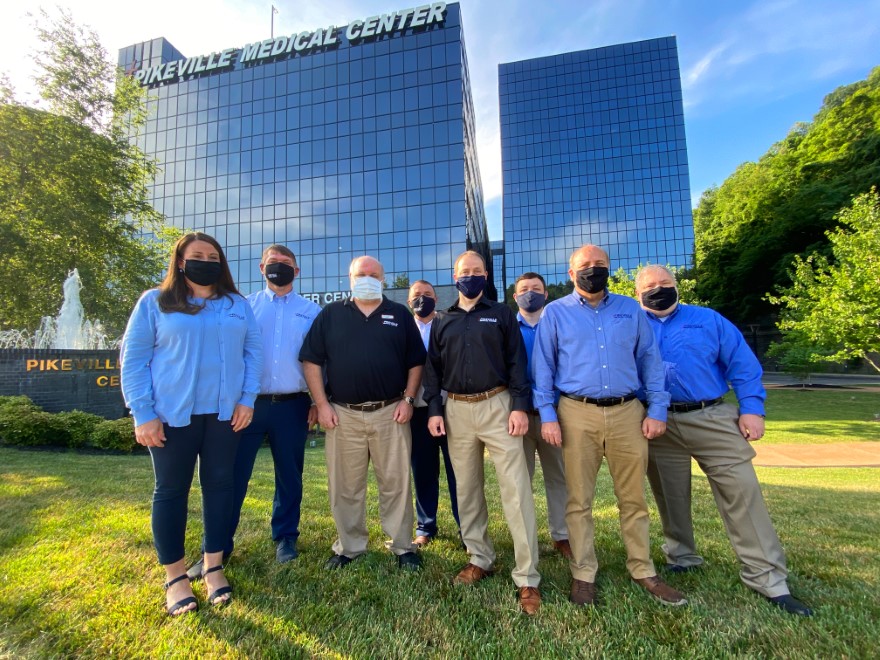 “We’re not New York City, but we were prepared for a surge,” he explains. “We had a few cases, but extended our reach to offer services to patients that allowed them to do things from the comfort of their car and home—even diagnostic planning—with great success.”

Meanwhile, PMC dedicated beds to patients with COVID-19 but didn’t need to use them all. They were also equipped with plenty of respirators and personal protective equipment.

“The patients in our area are really enjoying using our telehealth platform,” says Damron. “It keeps our pediatric population engaged and provides another option for people to be seen without coming into a PMC waiting area.”

Because he had purchased 3-D printers, staff used them to make face shields, which were hard to get because of shortages. Printing more than 5,000 within a month, PMC is now moving on to replenish other items needed in the medical center.

“I’m fortunate to lead PMC’s IT efforts, but it’s a total team effort to get the work done. Our team knocks it out of the park every time,” he adds. “I’d put my staff up against any in the country. They’re that good!”

It’s one of the reasons he came back to work in his hometown.

After earning a degree in computer information systems in 1995 from Morehead State University, Damron took a job in banking. Not to his liking, he decided to apply his skills in the field of health care in 1996.

Returning to Pikeville with his wife, Selena, to raise their two boys and be closer to his parents and grandparents, he became a project manager at PMC in 2006 and stayed for seven years. Enticed by an opportunity to work on the vendor side of the healthcare equation, he accepted a project management position at Allscripts in 2013. He says it was short-lived, requiring a lot of travel to Texas, Arizona and Alabama.

By 2015 he was ready to return home and to PMC, where he regards his coworkers like family. 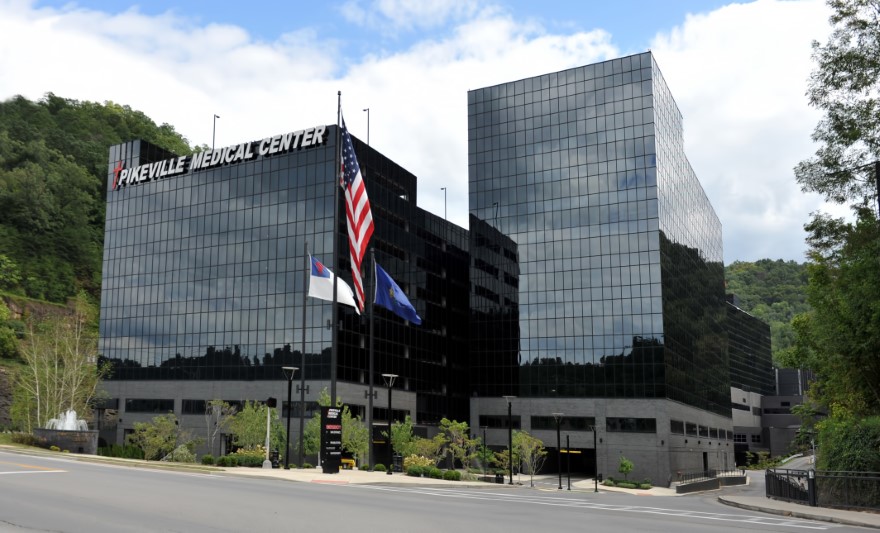 “There is no better place in this world to work,” says Damron. “The people are what makes this place so special.”

This time around, though, he took on a new role as CIO. By 2018 he was promoted, adding the senior vice president to his existing title.

“It was too good to pass up, and things blossomed from there,” he notes. “I really think the sum total of every part of my career helped me get to where I am today.”

Now he heads up an IT team of 52, six of whom are team leaders. Many worked side by side with him when he was a project manager. He says he has great respect for the entire staff and feels respect from them because they know he’s worked at every level to gain an understanding for the job—experience he’s only too happy to share.

“They are a great team; the department runs like clockwork,” he says.

While Damron has 22 years of healthcare IT experience, it’s not just a job for him. The technology PMC uses helps caregivers improve what they do in order to improve patient care for family, friends and the general population of eastern Kentucky, southwest Virginia, and southwest West Virginia.

“In order to be driven by anything, it has to matter to you. That’s what makes it meaningful to me,” he says. “We’re helping people in our area live healthier lives by providing excellent technological resources.”