While it may not be a Dickensian “best of times, worst of times” scenario, there’s no doubt that 2020 turned much of what state governments do squarely on its head. 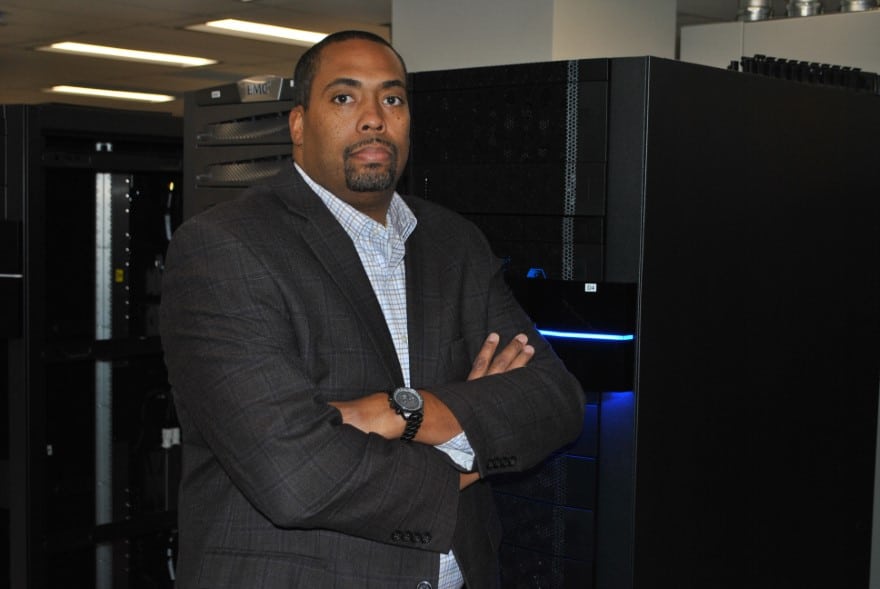 With increased demands for services during the COVID-19 pandemic, coupled with new regulations limiting how state employees could interact with those in need, Tracy Barnes found himself tested in new ways as the CIO for the State of Indiana.

“I’m not running a state agency, it’s a sophisticated consulting business that happens to be part of the state government,” Barnes says. “We’re looking to transform from being a utility focusing on keeping lights on and ensuring equipment is up and running so users can do their day-to-day jobs, into driving the state forward with the tech as a part of that.”

During the pandemic, he and his team were also called on to help ensure the integrity of Indiana’s elections, though there are limits on what can be mandated to local communities.

The events left Barnes with plenty to reflect on, as well as an awareness his role was being seen in a new light—one that will benefit the state for years to come.

“I’ve not seen this level of respect for technology since Y2K,” Barnes says. “The confusion back then, because of lack of understanding, put a lot in the hands of technical experts, and we’ve hit the paradigm again and it’s expedited where we need to go.”

Welcome to your role 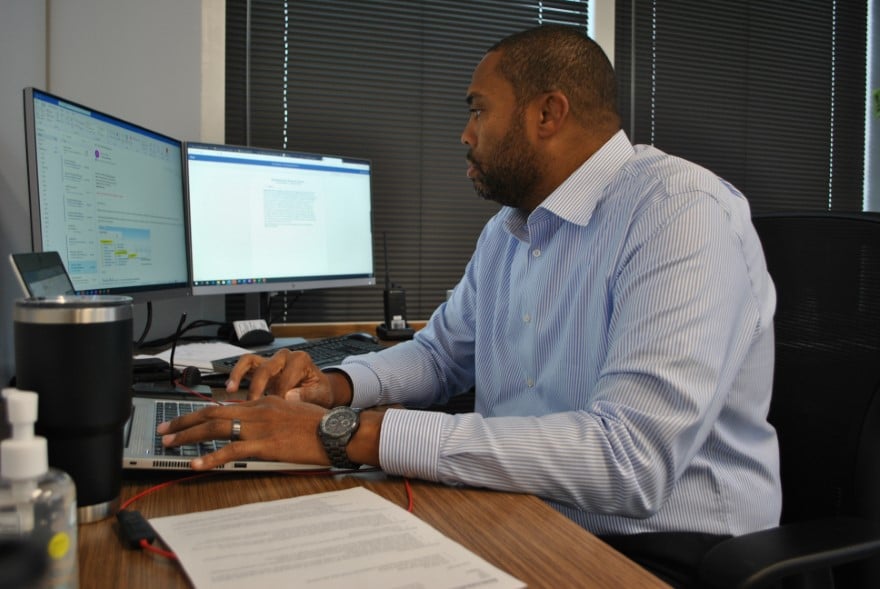 Barnes’ earlier work with a $100 million state initiative to expand broadband to rural areas, helped bridge the gap between citizens and government during the pandemic, as did work-from-home pilot programs, to allow government operations to continue smoothly.

But even as connectivity improved for state employees, the supply chain for remote work hardware such as laptops, tablets, mobile devices, monitors and even headphones struggled to keep up. As Barnes notes, having as much as 80 percent of the workforce suddenly in remote and uncontrolled environments exponentially increased the endpoints he and his staff needed to support and secure.

A pace of its own

“Growing up in tech, you get a very different sense and perspective as opposed to the perspective that comes from government service,” he says. “There’s so much forward and advanced thinking in tech and my goal is to bring that to Indiana at the pace government can handle.”

As the CRM framework is constructed, the roster of vendors and consultants is growing.

Indianapolis-based eimagine is helping establish the framework that will support the use of Microsoft Dynamics and Salesforce while keeping focus on the unique demands of IT in government operations.

“They’re skilled at understanding business situations before the tech functions are needed, a good adviser on all sides of the tech stack,” Barnes says. 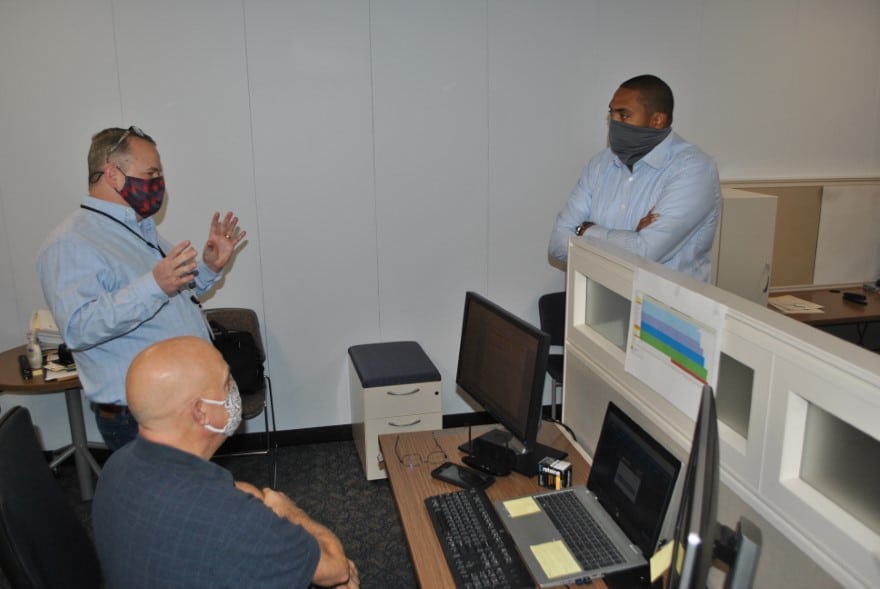 While the CRM center of excellence is built, he is also tapping into the expertise of aFit, a women-owned company in Indianapolis that Barnes says makes sure the new framework is all-inclusive with the right enterprise focus.

“Tracy has the trifecta of government, tech and leadership skills to take government’s IT solutions to the next level. When Tracy has a goal in mind, it happens,” says Julie Phillips, owner and president of aFit, who has also seen Barnes’ career progression over the last 20 years.

As Indiana’s state government transforms and improves its services, Barnes partners with STLogics Corp. as well as Tech-Driven Resources LLC for the tools and security to assist those being served while securing the network.

“They helped the deployment of laptop and desktop equipment through standardized tools and software for the state,” Barnes says of STLogics. “It’s been great to have them supplement the staff as we made the transition to full remote work.”

“We’re working toward a pilot dashboard for project governance with deliverables for statewide visibility and risk prognosis for our entire project portfolio,” Barnes says.

All that, and there was an election, too.

Just as Indiana has state election laws that differ from those in other states, Barnes says the counties and communities in the Hoosier state have their own rules. 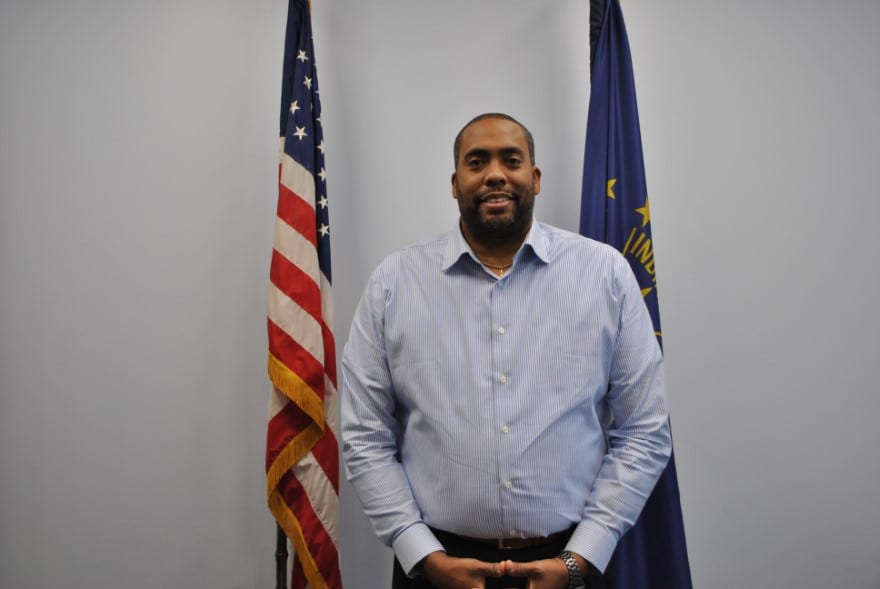 Even then, he adds, these localities need assistance in preventing cyber interference and may not always have the staffing or knowledge to understand and use best practices.

It was an opportunity for state and local collaboration that Barnes was happy to help facilitate, but while emphasizing the paramount importance of security and showing how tech can meet that need, he was never directing localities—even within the framework of their own rules.

“I could call and recommend a city to buy ‘x’ server or tech and feel like I made some impact or progress, but it’s better if I lay out a road map for the security level as proposed, instead of dictating what to do,” Barnes says.

It’s no exaggeration to say a light bulb came on as he developed his interest in technology.

That’s because the Detroit native is the son of an electrician and occasionally accompanied his dad on jobs. By the time he was 12, Barnes knew what a ballast was and how to change out industrial lights, he recalls.

He enrolled at Penn State University in 1992 to study electrical engineering, but as the digital age was dawning over the U.S. Barnes shifted schools and majors, earning a bachelor’s in computer science from Butler University in 1998. While at Butler, he became a database administrator in 1997 and continued his work there until June 2000. 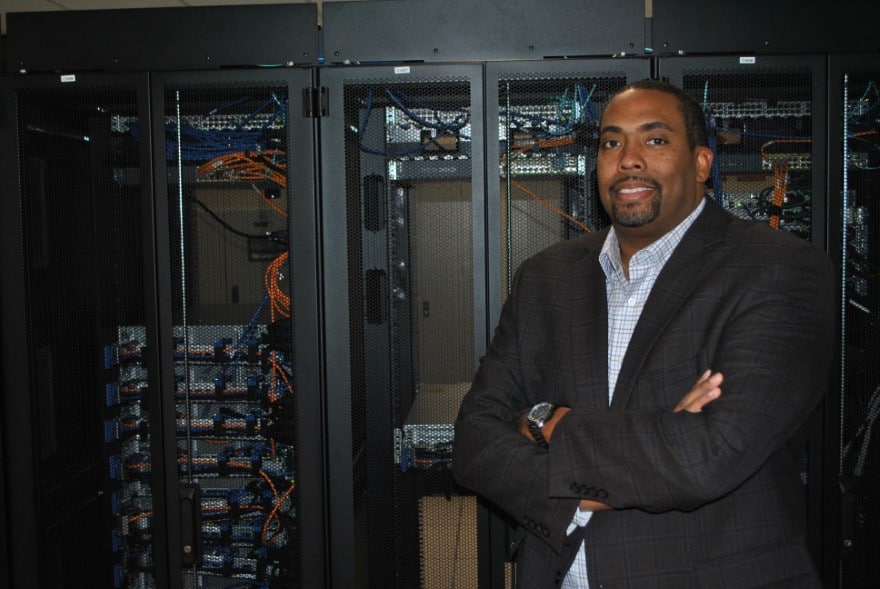 After close to a dozen years at Entap, Barnes joined Indiana government as director of IT for the auditor of state’s office in December 2015. Since then, he’s been promoted to deputy auditor of operations and was serving as chief of staff for Lt. Gov. Suzanne Crouch before becoming CIO in March 2020.

Taking on such an encompassing role in the midst of a pandemic was no easy task. But if COVID-19 has established anything, Barnes adds, it’s how such challenges can force the changes necessary to make government more responsive—and responsible.

“There was a bigger fire to get more aggressive more quickly in many technology areas,” Barnes says. “I figured I would have to spend a lot more time convincing people of the need, but the need showed itself. Now I need to just spend time convincing them of options and solutions that Indiana’s Office of Technology can provide.” 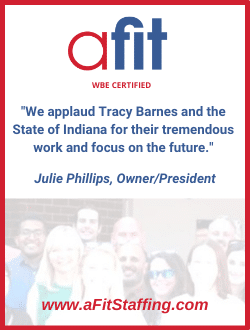 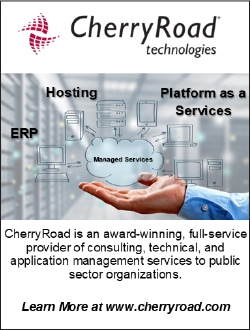 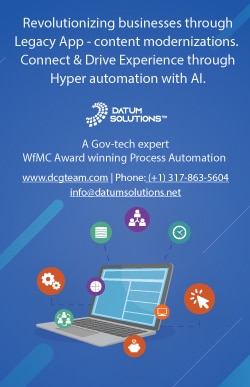 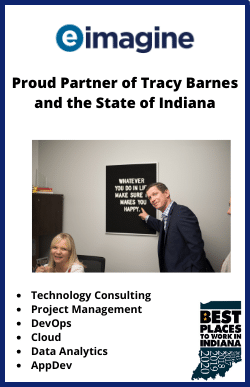 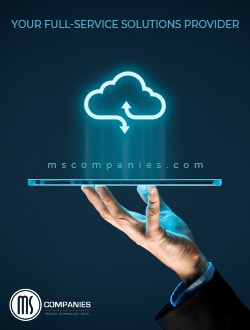 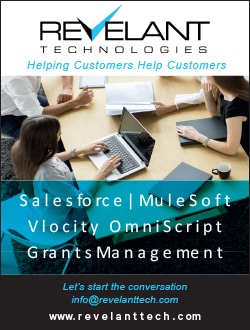 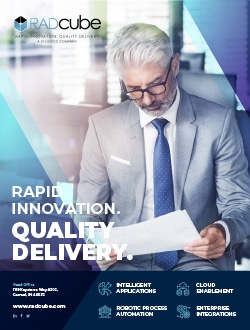