It all began with a seemingly simple idea.

An alumnus of Hardin-Simmons University in Abilene, Texas, thought the school’s Division III football team, the Cowboys—winners of more titles than any other American Southwest Conference member—needed a scoreboard capable of supporting video.

The idea quickly earned the backing of additional donors, and Hardin-Simmons’ leaders pulled the trigger on the purchase in late spring 2017. It was up and running for the first football game of the season, a 74-0 rout of Texas College, marvels Travis Seekins, who has served as HSU’s associate vice president for technology services for more than 16 years. 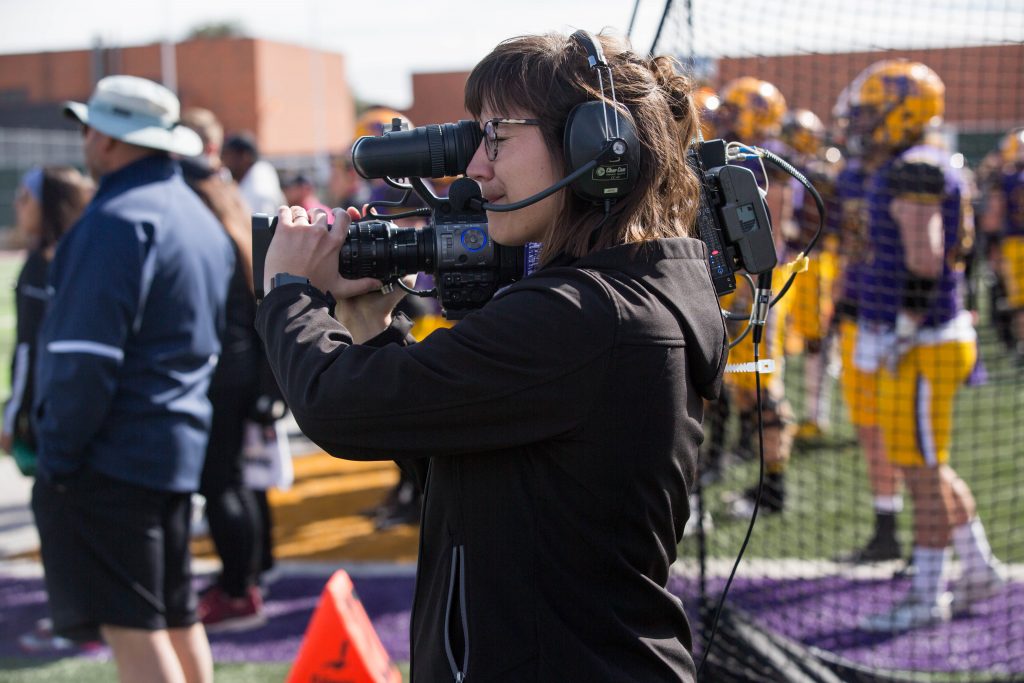 The simple addition had complex consequences, and set off a chain of events that would cause IT services to rapidly innovate in order to plan for, house and operate the new equipment.

According to Seekins, the effects were felt far beyond his department, and indicate how technology has been changing in the modern world.

On the big screen

Rigging up an enormous scoreboard involves more than just plugging it in, and the project sent some surprises HSU’s way.

Video would eventually need to be displayed on the screen, which led to the purchase of a video truck, as well as the need for personnel to operate these new features and various cameras.

In response, the university president sent out an open call via email for volunteers, hoping that at least a few would be interested, Seekins says.

“We had 45 students show up at 9 a.m. on a Saturday morning to get training on how to run cameras—voluntarily,” the VP says, noting that this feat is particularly impressive considering the school’s modest enrollment of 2,256.

He also credits critical partnerships with collaborators—on and off campus—for helping to achieve this accomplishment. This includes various vendors who leveraged his team’s expertise, such as Toner Tiger, a company that offers IT hardware purchasing and setup, software installation and a number of other IT solutions. 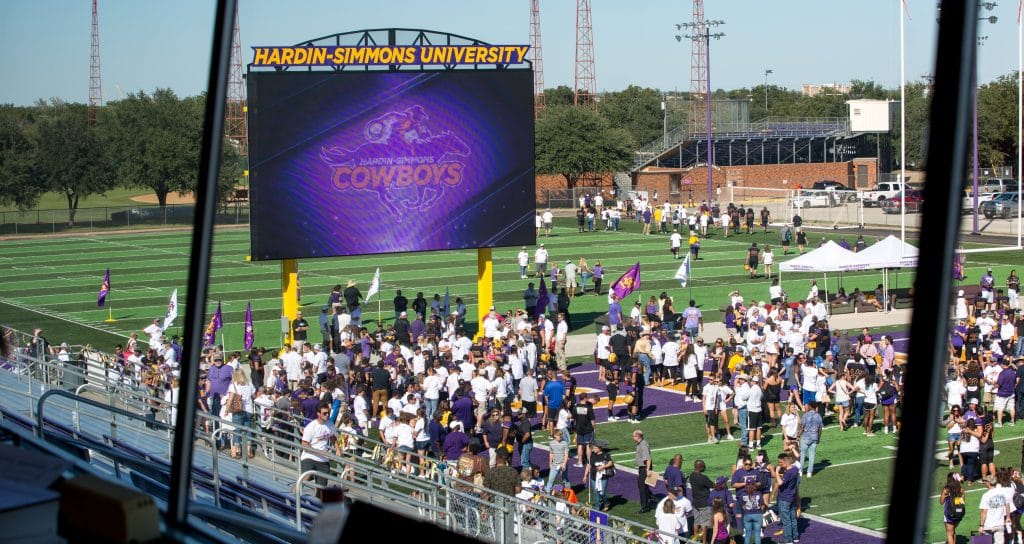 Although the board is up and running, the project isn’t done yet, Seekins says. “We’re now running bids for trenching, to get wires out to our athletic complex a couple streets over,” which houses the university’s soccer, softball, and track and field teams. All of these teams deserve attention too, he adds, noting that Hardin-Simmons’ women’s soccer team had just made the Sweet 16 for the third consecutive season.

“We need to be able to get the truck over there and broadcast the games,” Seekins explains. “Previously, we couldn’t prove that a wired network presence was required. Now it has become absolutely necessary.”

And it might lead to the university creating a video production facility, and possibly the establishment of a new video-related degree program.

When Seekins, a graduate of Hardin-Simmons, was hired by the school, it still used terminals connected to a main server, as personal computers didn’t yet have the capabilities to support the required programs or store large amounts of data.

In a way, things have now come full circle, Seekins jokes, as the emergence of cloud-based data storage and services like Office 365 have once again taken responsibilities away from the PC.

Although these processes are much more complex than their predecessors, they have simplified tasks for students and faculty alike—even beyond the imagination of the IT services department, the VP says.

A specialized piece of software called AcademicWorks was launched earlier this year at HSU, and now handles financial aid, accounting and development responsibilities related to the allocation of scholarships.

“That used to be done by three different departments independently,” Seekins says, adding that faculty had a hard time finding students who fit the often strict or specific requirements for some of these scholarships, and potential candidates were often unaware that they could be eligible.

Now, AcademicWorks not only operates behind the scenes so HSU’s leaders can see how much is available to award vs. how much has been earned, but by entering a few pieces of information, students can log in and get paired with available scholarships, and department managers can find those candidates based on a set of criteria.

“That’s something we wouldn’t have been able to fathom 16 years ago,” Seekins beams.

For a moment during his conversation with Toggle, Seekins geeked out over the rapid pace of technological innovation.

“I have far more computing power on what I carry around in my back pocket,” he says of his smartphone, “than what put people up on the moon.” 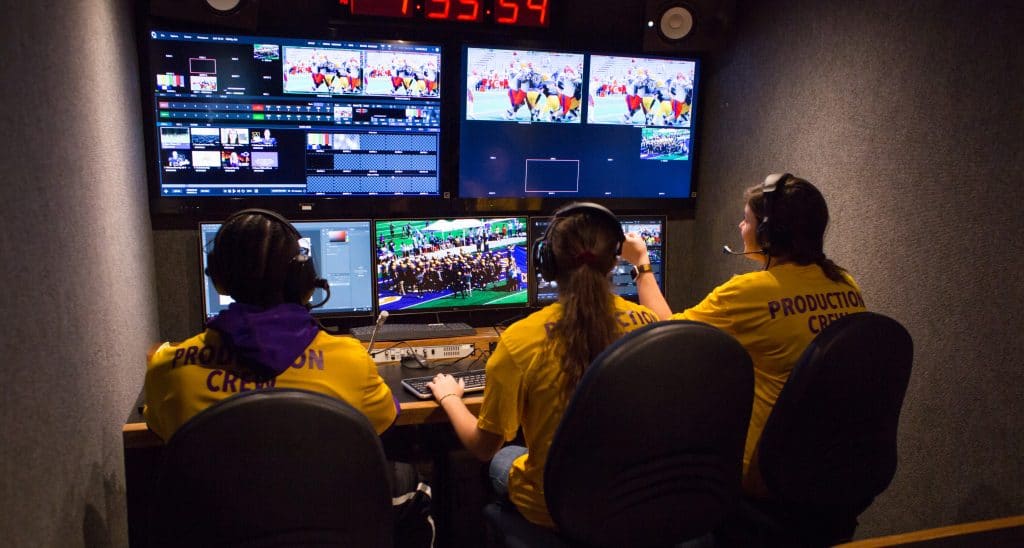 But in 2017, technology is no longer the privilege of a few people; it’s an expectation of all. In the past, students and faculty at HSU needed to rely on the school’s equipment; today they expect to use their own devices.

And he doesn’t blame them. The VP admits he won’t drive anywhere without first firing up the GPS on his phone.

Of course, with the rise of some pieces of technology, he reminds, others have fallen out of favor.

“AT&T had a major outage this week—did anybody hardly notice?” Seekins says with a chuckle. “You could still text and get online, but you couldn’t make a phone call. I have over 100 university phones that were theoretically affected, and I only had two people mention it to me.”

Seekins possesses a unique qualification not often found in the field of IT: a master’s of education degree in counseling and human development, which he earned on campus in 2003.

IT staffers can occasionally get frustrated when help desk callers don’t understand basic technology, he explains. On the flip side, callers can also get steamed when technology isn’t cooperating.

In order to keep his cool, and eventually promote the same restraint and understanding among his staff, the VP went back to school.

“You’re not catching [the callers] in a place of strength,” he tells his team. “The last thing we need to do is get upset with them, when we’re supposed to be guiding them to a solution.”

IT is supposed to be a service organization, which is why his department is called Technology Services, Seekins says, adding that this fact is especially important to remember when working at a university.

“Our goal is to meet the goals of others,” he says. “I judge my success based on the success of others.”

If retention and enrollment are up and the students and faculty are using systems that IT has put in place and maintains, then Seekins’ mission has been accomplished. 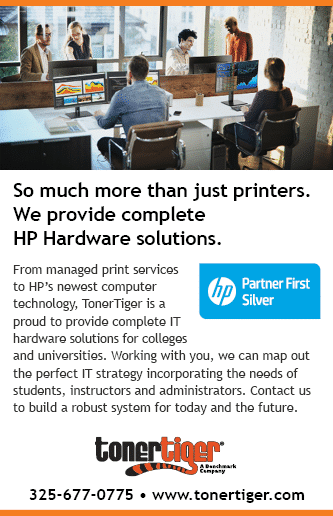