Walt Joyce knows Peoples Bank doesn’t need to be like its larger competitors to benefit the region of North Carolina it serves.

Because he’s led IT operations at larger banks, he knows what technology they have. And as chief technology officer for Peoples Bank, he says everything from virtual deposits to cybersecurity is helping the community bank evolve with the times. 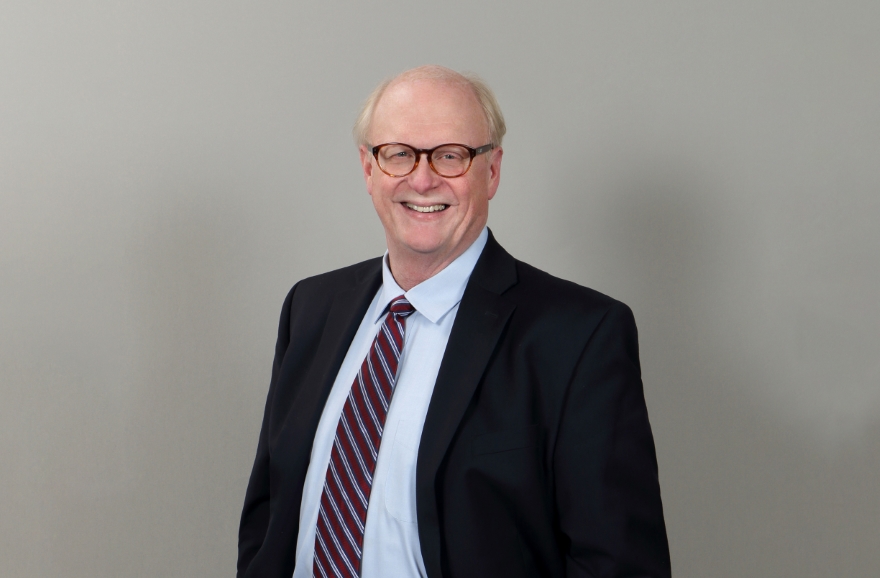 But whether it’s providing solutions to help Peoples Bank employees work remotely or allowing customers a new level of convenience, Joyce says it should never come at the expense of that hometown feel and service.

“I want the team to think like a big bank but not be one,” he says. “We’re really focused on our customer experience and making it simpler with some digital signature programs.”

Established in 1912, Peoples Bank of North Carolina is now headquartered in Newton, with 19 branches largely located in and around Charlotte and the Raleigh-Durham area.

Joyce says Peoples Bank values face-to-face service and commercial lending to support local economic growth, but that even before the arrival of the COVID-19 pandemic, banking trends were changing—for the better in some ways.

“It is about relationships. People decide who they trust. You can still come in and look people in the face. However, technology has made it easier to be a community bank,” he explains. “You can do the transactional things day-to-day digitally, and our younger customers prefer it that way.”

Accordingly, he and his team have added mobile apps used to deposit checks with the aid of photos, as well as the ability to immediately shut off debit cards if they’re misplaced or stolen.

As Peoples Bank adapts to change, Joyce wants his team of 19 full-time staff and three consultants to consider whom they serve. 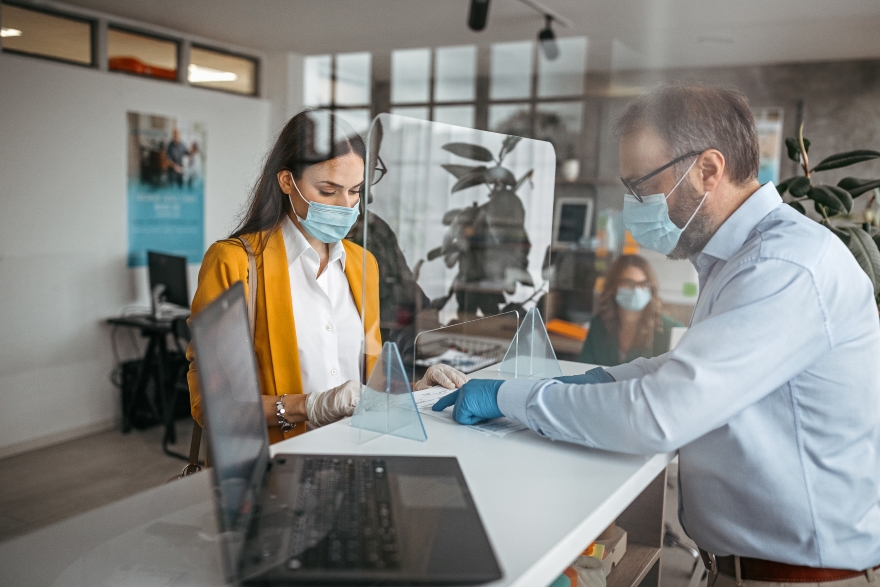 “I want my people to ask, ‘tell me what you’re trying to do,’” he says. “If they can explain it, the tech solutions come more easily.”

Joyce is the first CTO at Peoples Bank and places security above all else in his role. While he’s emphasized business continuity and led exercises to ensure the bank is prepared for calamities affecting its business, he does admit the worst pandemic situation they’d planned for was a bad flu season.

Of course, COVID-19 was that and more, including the realization by many customers that online banking was not only the new norm, but also pretty convenient.

“There’s more security built into digital banking than people think, and the less hands on a transaction mean the less likely something may go wrong,” he notes.

Though Peoples Bank’s infrastructure was largely ready for the shift to mostly remote work, there weren’t enough devices for employees to take home.

As spring moved into summer, he implemented zero client technology to link remote employees to their virtual office workstations. Now he’s preparing to donate the Chromebooks to local schools. He also rolled out more paperless technology to prevent employees from printing sensitive documents at home.

Joyce began 2021 with security still front and center, he says, as he and his team improved internal systems in a process he compares to building a strong backyard fence where perimeter protection is crucial.

Peoples Bank is already a Cisco shop, so he will use its internal services engine to boost security. It allows segments of data and information to remain blocked during an intrusion. A Firepower platform will also be integrated by a managed security services partner in a collaboration with AT&T.

As these upgrades occur, Joyce is working with Fiserv to upgrade applications and the core processing to make integration easier, he says. Fiserv tools are already used by Peoples Bank in areas such as image archiving.

While it’s just in the planning stages, he says he’s also exploring how robotics could help automate some bank processes.

“We already had some automated work processes built,” Joyce notes. “Now we’re focusing on a major upgrade of what we have along with expanded use of ‘bots’ in the operational areas to improve efficiency.”

While it may not have been his specific IT expertise that guided Joyce to a career in technology, he adds that he still relies on the leadership and management skills he learned in the U.S. Army.

“I’m a savvy technologist, but I don’t consider myself a technician. I could not write a piece of code and I don’t want to,” he says. 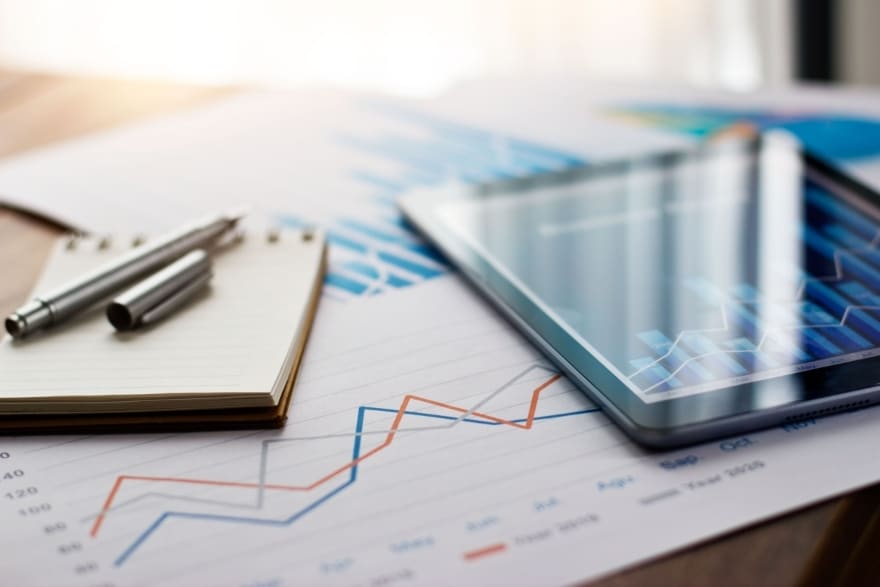 The Winston-Salem native served after earning his bachelor’s in political science from Davidson College in North Carolina in 1977. As an active-duty commissioned officer, Joyce served in roles including cavalry platoon leader, company executive officer, commanding officer, ROTC instructor, and division security and intelligence officer until his retirement in 1985.

While in uniform, he also earned his Master of Science in Systems Management from the University of Southern California in 1984.

He returned to North Carolina and civilian life by becoming computer operations manager for Wachovia Bank in Winston-Salem in August 1985. He stayed with the bank for 21 years and was director of system software when he left in June 2006.

After leaving Wachovia, Joyce was a financial advisor for John Hancock until November 2009, when he joined Raleigh-based Yadkin Bank as senior vice president and director of IT. When a Yadkin vendor recommended Joyce for the CTO job at Peoples Bank, Joyce wrote the job description for the new position he filled in November 2014.

The community feel and personal interactions, whether with customers or staff, are why he wanted to join Peoples Bank, but Joyce says he’s not needed at the forefront of everything.

“As I’ve gotten more mature, I’ve been more hands off,” he says. “I set departmental and group goals, meet with direct reports weekly to review and adjust goals and provide coaching as needed. The rest of it is management by being involved during the day on different levels.” 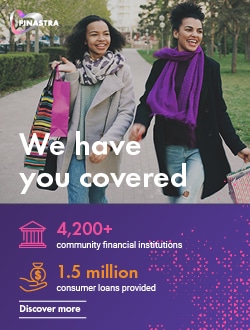 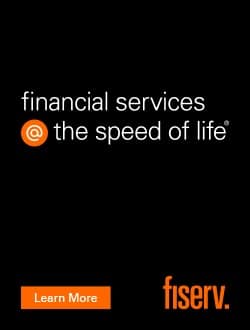 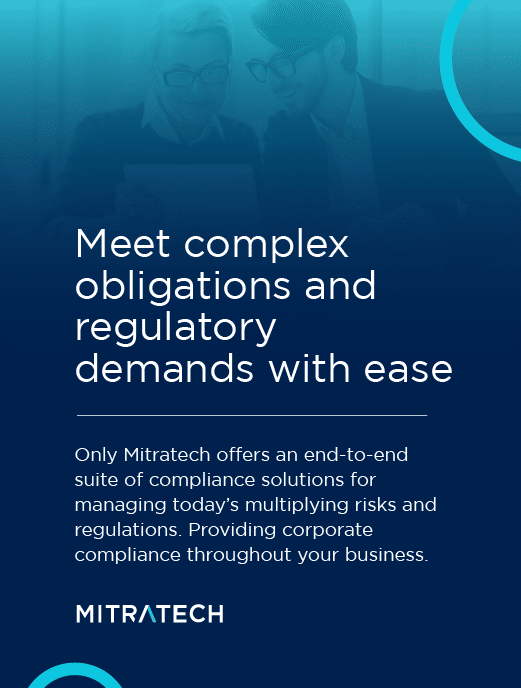