People were worried about having enough food. According to a study from the University of Southern California, one in four residents in LA County have experienced food insecurity during the pandemic, compared to one in five before.

While many people called seeking assistance, others were also inquiring about how they could help. According to CIO Weldon Wu, individuals and organizations wanted to make food and monetary donations, which he says was much needed. 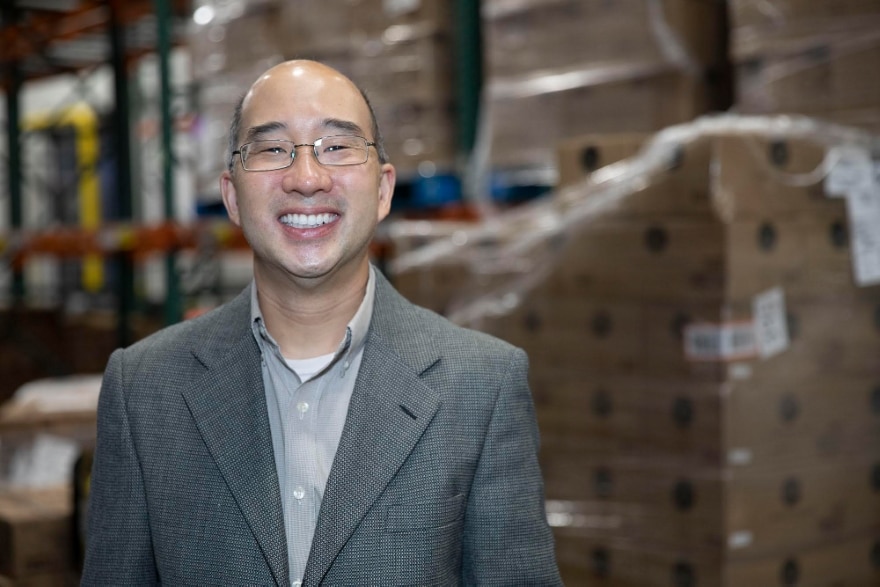 With more food coming in and out, he worked on technology that tracked and organized it.

“We felt a real calling to step up because we knew there’d be a huge need for basics and supplies,” Wu says. “We’ve shifted the best we can to meet the public’s needs. The community has really been behind us and we’ve been so thankful for them.”

Los Angeles Regional Food Bank provides food and other essentials, such as toiletries and kitchen supplies, to people in need throughout Los Angeles County in California. It serves over 900,000 people every month, a quarter of whom are children. Prior to the pandemic, it was serving around 300,000 people each month.

According to Wu, the food bank had to adjust its distribution model during the pandemic, especially in getting food directly to the public. It started doing drive-thru distributions to scale and reach people safely and made kits of food stocked with basics to make distribution more efficient.

The food bank also started partnering with government agencies, in addition to its 700 established partners, such as soup kitchens and shelters. With food being distributed to so many places, inventory tracking has become more imperative, Wu says, because it ensures orders are correct. 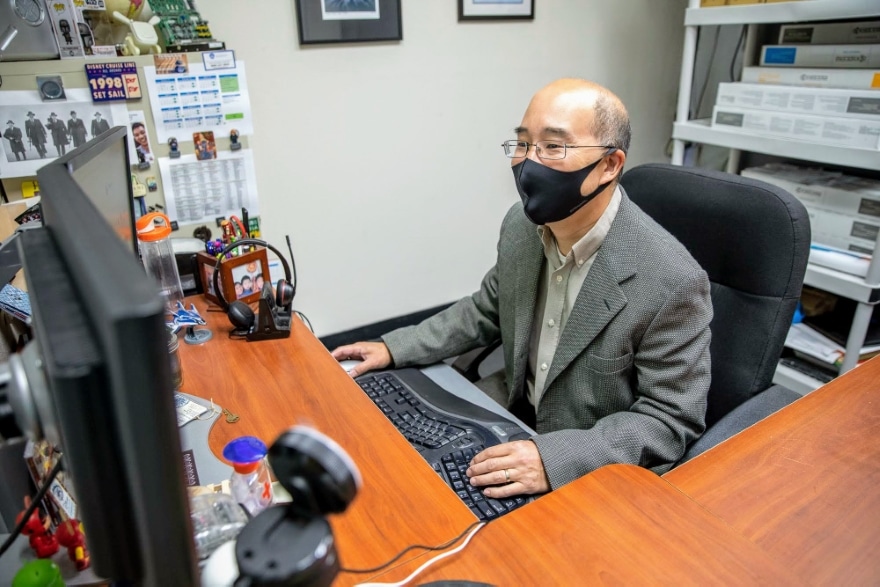 For the past two years, he’s used Microsoft Dynamics NAV as an enterprise resource planning system to track food, all of which is scanned as it enters and exits the property. Wu has put wireless access points in the food bank that are synched with the ERP, as well.

“At any given moment, we can see where a pallet of food is within our warehouse,” he says.

And so can agency partners. Wu has introduced an online portal so agencies can search what the food bank has available and place and track orders. He’s also making invoice processing easier using a system already available in NAV.

Using the ERP to track financials is important, too, he says, especially with food being donated by companies, manufacturers and community members, as well as being purchased by the food bank using donations and government funding.

Maintaining data is important, Wu says, because it guides decisions at the food bank. Information about donors and agencies, for instance, allows food bank staff to cultivate and strengthen relationships, he says, which helps improve and develop services.

Tracking and storing such sensitive and private information requires strong cybersecurity, though. Wu says this has become even more important during the pandemic, with employees logging into the system and network remotely.

“Because people are working from home, there’s a lot of potential exploitation,” Wu says. 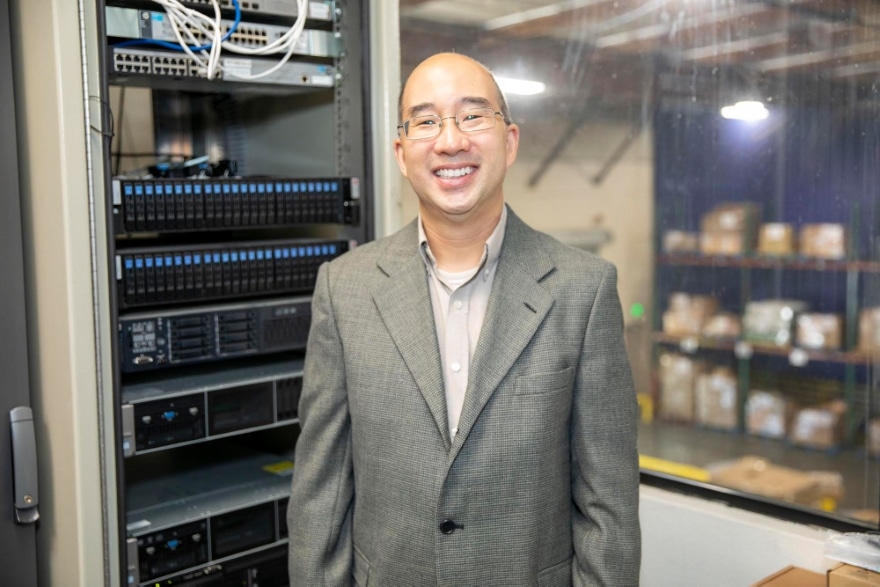 He provided employees with laptops and cell phones to work remotely and introduced security systems to protect against scams and attacks. He also scaled back-end infrastructure to ensure the food bank could continue to operate if the main operating system went down .

Still, most of the 155 employees still physically came into work, particularly warehouse workers.

To keep everyone safe and meet the heightened demand for food, the food bank’s leadership team met every day for most of last year. Wu met with his team of four frequently, as well, so he could “listen to their ideas, concerns and struggles as we navigated all the changes.”

“It was an opportunity to respond, but also to stretch and grow,” he says.

Wu says the energy at Los Angeles Regional Food Bank has always been inspirational, but that feeling has been heightened the past year and a half. 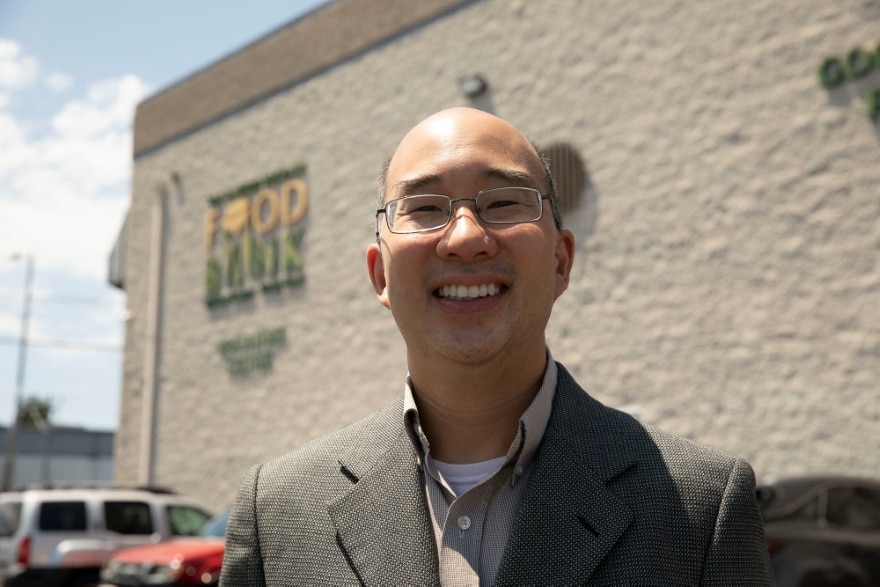 “As stressful as the pandemic has been, it’s been rewarding to see the impact of the food bank,” he says. “We provide not only food but hope to those in need.”

Wu has been with the food bank as CIO for 20 years and has seen it grow quite a bit, with further expansion in the works. The food bank purchased a new building last year, which has been used to store the increase of food donated during the pandemic. Now the organization is planning to move all its operations to the building, which will require Wu to move the servers over.

“I enjoy that I get to problem solve and work together as a team to provide for people in need,” Wu says. “Being able to come in everyday and make an impact in the community is what makes this work so meaningful.” 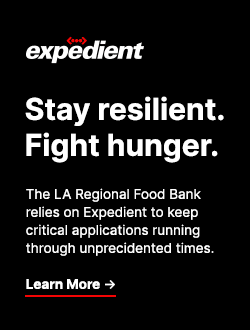 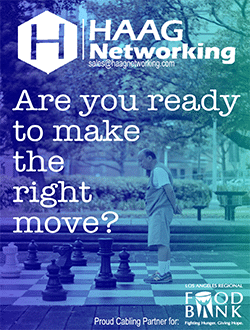 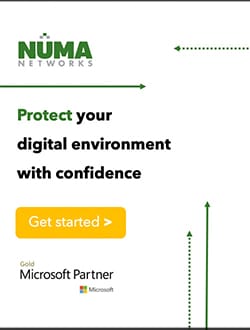