A starring role in LeaderOne’s IT

The mortgage industry can seem set in its ways for reasons that include the need to keep processes simple.

Lenders might be dealing with billions of dollars and wary of cybersecurity risks. Sales reps may be experts in what they know but not so comfortable with new technology. And many mortgage applicants still prefer doing things on paper as opposed to fumbling with a virtual platform. 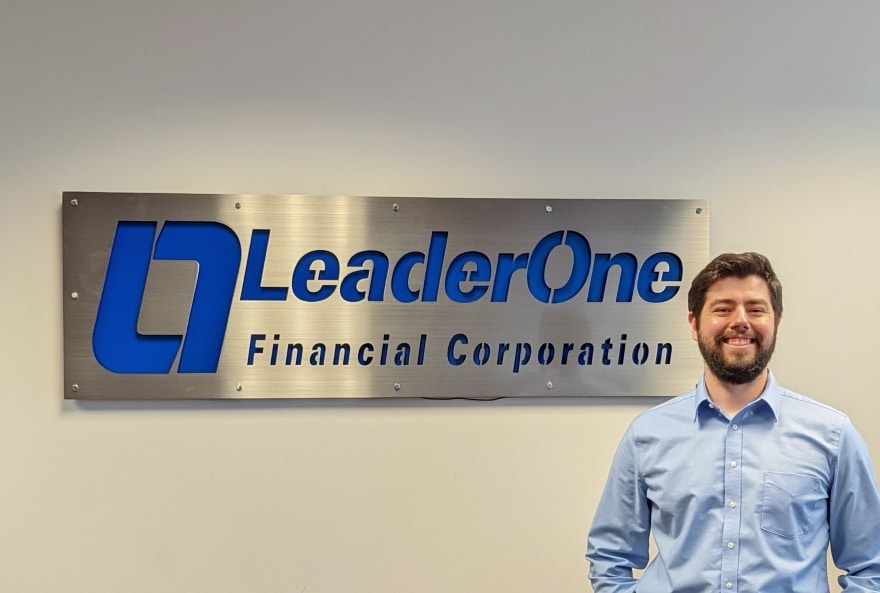 But as young Wyatt Hansen reminds, one must “get on board or be left behind” in a world gone wired. His employer, the Kansas-headquartered LeaderOne Financial Corp., isn’t being left behind as he goes about his responsibilities as vice president of information technology services. Though digital transformation can be painstaking, he emphasizes its necessity for LeaderOne to efficiently serve nationwide clientele.

And times have changed, Hansen explaining how COVID-19 has forced so many service-oriented companies to adapt to remote or hybrid operations. How true that’s been at LeaderOne where, in early 2020, Hansen had commenced with IT upgrades that, by necessity, gathered steam and meant a steep learning curve.

Among Hansen’s most notable projects has been enlisting Intermedia Cloud Communications to upgrade the call system to allow customer interaction through desk phones, laptops and mobile devices, everything integrated into a contact center. The Sunnyvale, California, company also has aided LeaderOne with Office 365 products and in updating remote management software.

“The way they’ve modified our environment has been amazing,” he tells Toggle in January from his office in Overland Park, Kansas. “They’ve helped our services get more visibility and have eased our billing and accounting processes. They’re rock stars.” 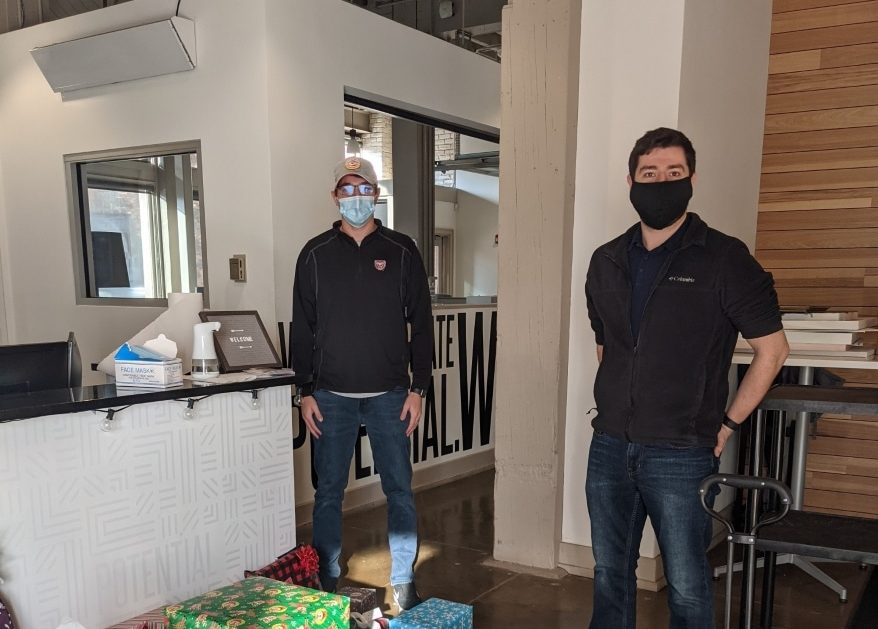 The same holds for another vendor, Insight, which is replacing computers and updating LeaderOne’s help desk by consolidating hardware and supplying the network equipment to further integrate what had been mixed platforms. The goal, Hansen says, is to have just one platform and as few vendors as practically possible—ideally one—to streamline such tasks as account management, compliance and transparency.

“As we continue to grow, we also make to make sure we can scale,” Hansen says, lauding an Insight account representative, Michael Browder. “He’s a great listener who checks in and engages personally and professionally. He’s made it so much easier for us to function throughout the pandemic.”

There’s been some speed bumps, Hansen acknowledges, in the rush to replace legacy software with modernized platforms, but in most ways he says the pandemic has brought out the best in LeaderOne. The hybrid work model also will likely outlive the pandemic and he sees that as an asset, allowing employees more time with their families, as well as incentive to balance their professional and personal hours.

“Many IT staffers have children and have successfully rearranged their lives and we’re there to help them,” he says. “We’ve been promoting internally and creating new positions through specialization. We’ve rallied as a team.”

And to Hansen, that too is part of being an IT boss, something he’s become at the age of 25 and from a most untraditional background. 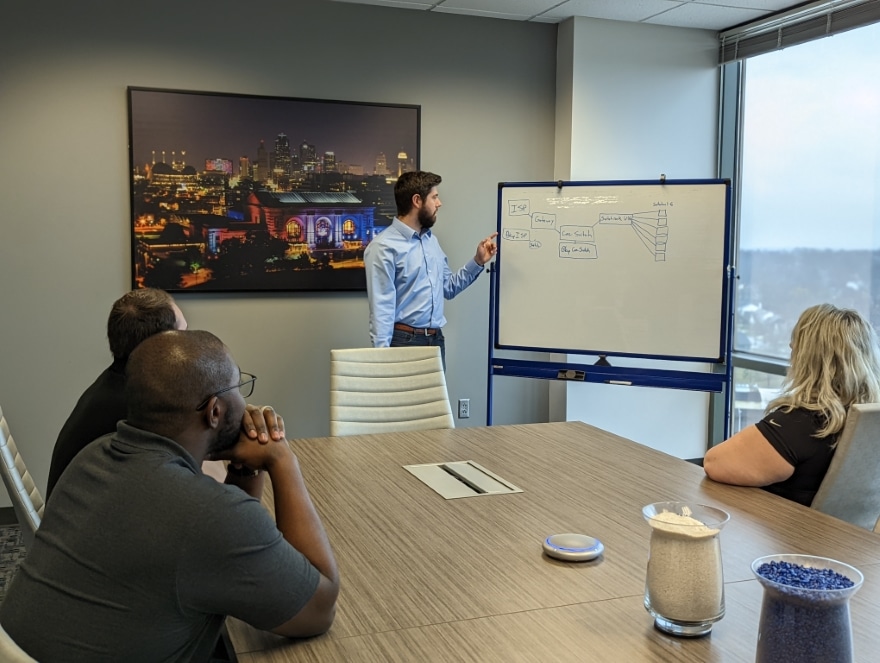 Though since boyhood Hansen has been tinkering with gadgets, his technical interests are matched by his flair for the dramatic—literally. At the University of South Dakota, he earned a degree in theater in 2018. Only, he didn’t so much want to act as direct those who did, and has found that skill applicable in IT.

“There’s a ton of correlations between the two,” Hansen says. “Live theater is a big, logistical mess leading up to a series of performances where all must run perfectly. You’ve got to understand a lot of different perspectives, all of whom are essential—department heads, stagehands, actors, actresses, musicians. You’ve got to reserve space, manage a budget, build a set and work your way through creative differences.”

It’s like running an IT department, he goes on to say, which also is about bringing out the best in a diverse team. He was doing that even as a college student, Hansen mixing his course load with serving as a remote service desk engineer at the San Diego affiliate of Erickson Solutions Group, also headquartered in Overland Park. A year after his 2018 graduation, he came to LeaderOne as a technician, hoping to work his way into a higher position and that happened much sooner than expected, the IT boss leaving in early 2020 and Hansen tabbed for promotion.

A battlefield promotion or baptism under fire, it might have felt a couple months later when COVID-19 emerged. The hybrid model soon was implemented with staffers working 10-hour shifts four days a week, but with Hansen essentially on call 24/7. Having handled those tribulations, he was promoted to IT manager and, last summer, to his present position. 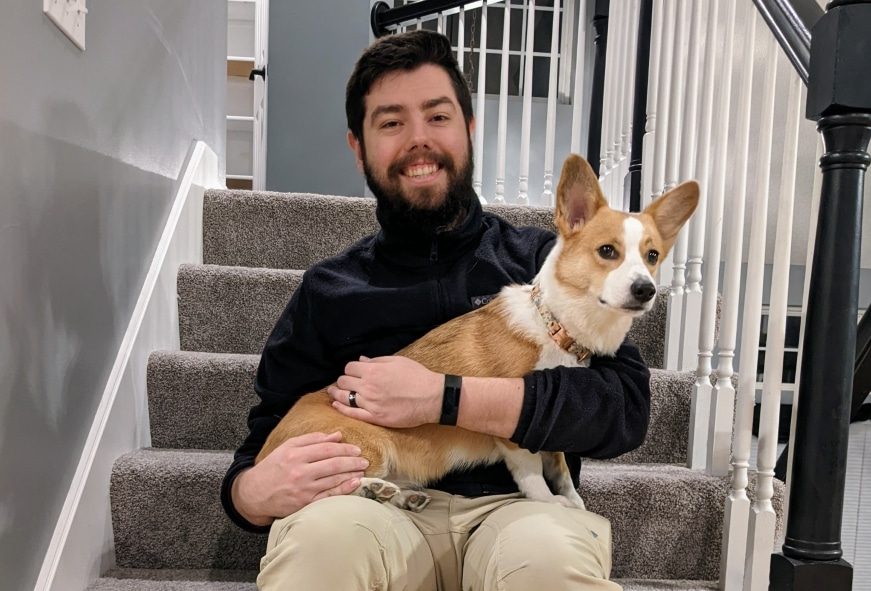 Youth hasn’t compromised Hansen’s effectiveness. He mentors colleagues of all ages and celebrates their advancement, even if it means them leaving LeaderOne. It’s a sign of his own effectiveness that skills he’s helped others develop got them hired at other companies. It also speaks well of LeaderOne in general, he says.

“We want to be known as a great environment for learning innovation and collaboration,” Hansen says. “We always look upon staffers moving on as something positive. We expand our network of former employees who have gone on to other jobs and bring in new ones who may do the same. It’s a very positive experience for everyone.”

categories: Directors of IT, Financial Services