Keep IT in the loop

Architectural renderings were made for buildings like this. Replete with stately gray brick and massive windows that promise to sparkle in the sun, the business and engineering complex (BEC) at Bradley University is designed to be both commanding and inviting.

When the first phase is completed in 2019, the five-story structure will be Bradley’s largest, not to mention its most expensive, with a price tag of around $100 million. But it’s what will happen inside the 270,000-square-foot facility, located in the heart of the Peoria, Illinois, campus, that has Zach Gorman most excited. 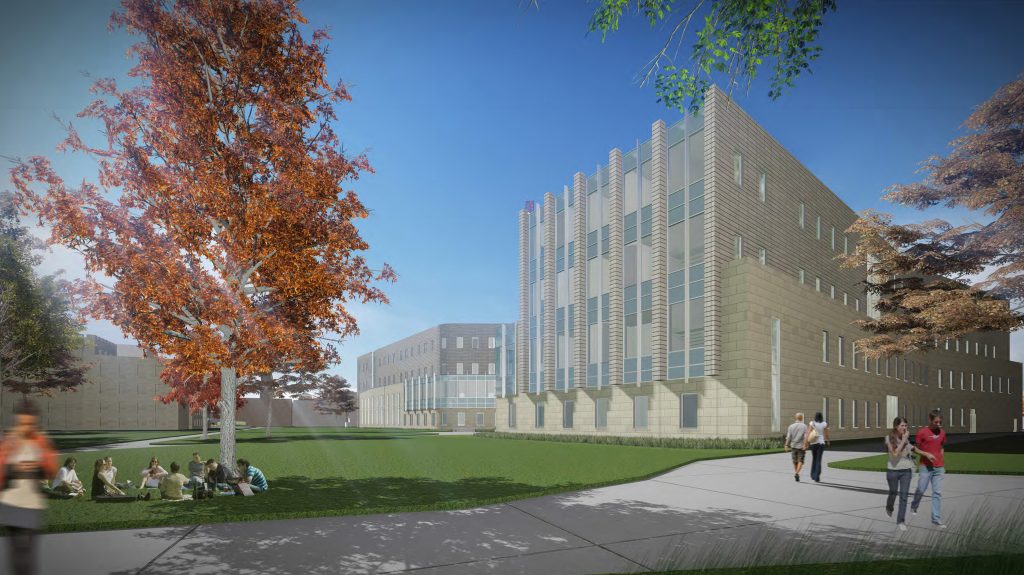 It starts with the building’s 82 learning spaces—a mix of classrooms, conference rooms and labs. While five of the classrooms use a more traditional model (think your standard college lecture hall), most were designed with student collaboration in mind.

For instance, in a “semi-mobile” space, fixed tables equipped with monitors allow the class to break into smaller, assignment-specific groups, with the instructor operating a larger screen at the front of the room during lectures. Conversely, rooms with “absolute mobility” let students organize tables and chairs around four or five wall-mounted monitors, eschewing the lecture format entirely. 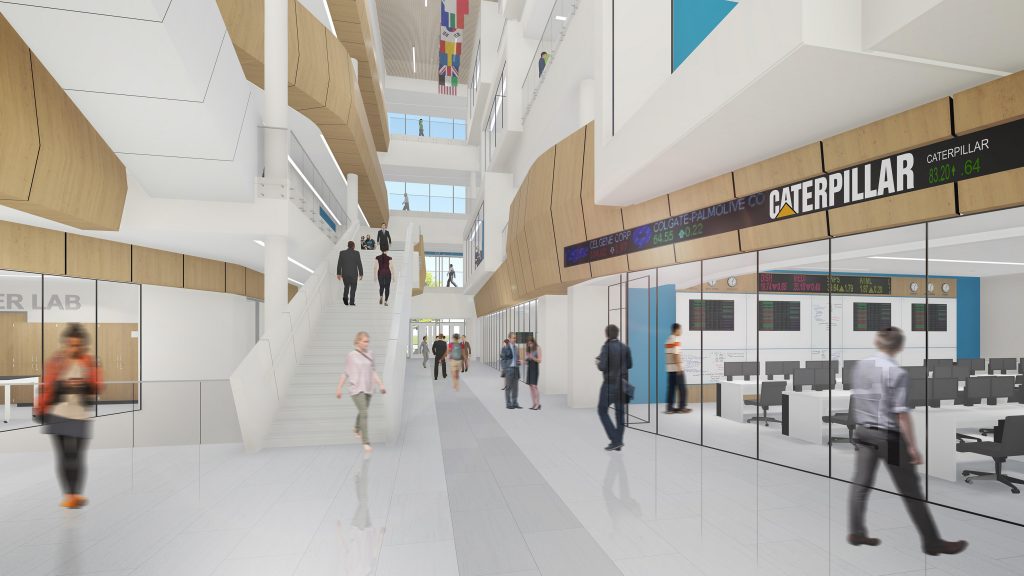 In addition, the BEC will feature a number of non-classroom collaborative spaces—like conference rooms, only more open and dynamic—that students can reserve for study groups, using their own mobile devices to display content on a screen.

One of the companies at the heart of Bradley’s transformation is Diversified, an Atlanta-based technology company specializing in integrated classroom solutions. Having worked with the company during his days at Augusta University (formerly the Medical College of Georgia), Gorman believed Diversified’s offerings could prove an immediate boon to Bradley’s IT overhaul—particularly in the realm of AV functionality.

“My goal is that, if a faculty member or student steps into any classroom, they’ll know how to use it,” Gorman explains. “At that point, the question becomes how you integrate technology effectively, so they don’t have to worry.”

Using the school’s new event-management system, instructors can reserve spaces best suited to the course material. As soon as someone enters the room, sensors will activate everything from lighting to individual monitors, displaying specific instructions on how to initiate the day’s lesson protocol.

What’s more, some classrooms will feature lecture capture capability—in short, cameras that record lessons. Now, if a student misses a class, he or she can access the video through Bradley’s learning management system. This tool could prove especially valuable to instructors, who can replay a specific video from the previous year, in lieu of canceling a class. Students will be able to review full classes throughout the semester, helping them study for final exams and other critical assessments.

To assure the BEC’s functions go off without a hitch, Gorman says he’s looking to hire more people to bolster his IT team, stationing as many as five support staff within the building itself.

“My vision is to serve a role similar to what you might find in a hotel,” Gorman says. “If something goes off, whether it’s a light bulb or a monitor, we can have someone there in minutes.”

At the same time, Bradley and his colleagues have encouraged faculty to see themselves as stakeholders in the overall IT process, while providing the necessary resources—technical, tutorial and otherwise—to bring them up to speed.

When he arrived at Bradley in April 2017, it was a different project—a more fundamental one—that commanded Gorman’s attention: a top-to-bottom refresh of the school’s network infrastructure.

In the past, Bradley’s network operated on what’s known as a star topology, where communication emanates from a central location. In this scenario, when one connection goes down, it has the potential to impact two or three different buildings. 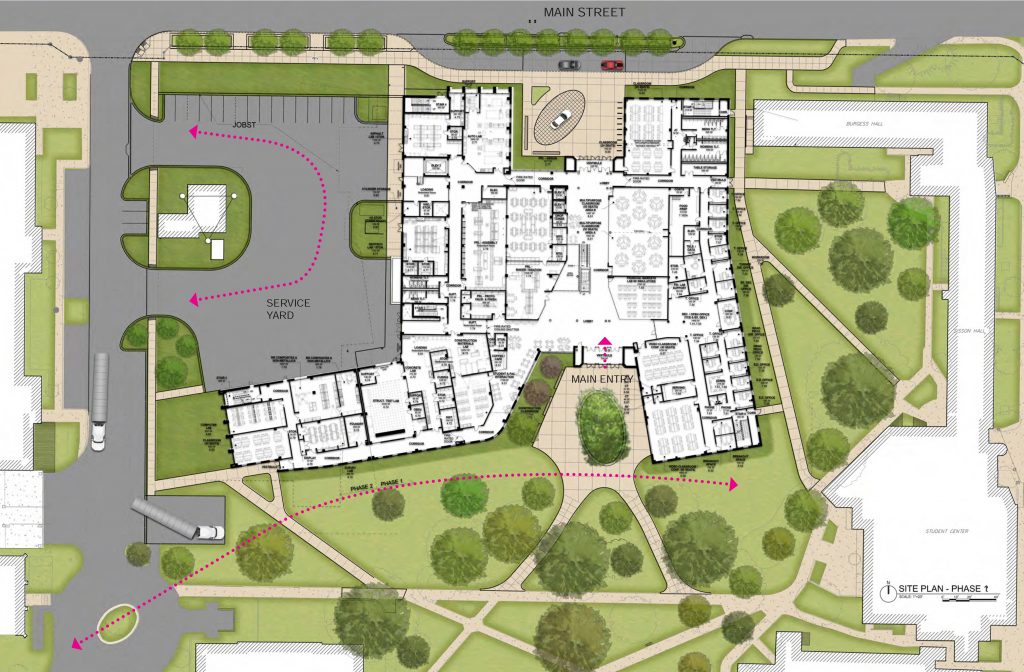 Using a ring topology, Gorman and his team established connections along the periphery of the campus, allowing it to maintain connectivity even in the event of isolated outages. The project also updated an oversaturated wireless connectivity on campus.

When he took over the project, half of the buildings on campus had been retrofitted.

“Our department sees it as an ethical duty to provide reliable internet access,” Gorman says. “A university is tasked with replicating all of the amenities students have at home, and that includes a network capable of handling, three, sometimes four different devices.”

Having worked on similar overhauls during previous stints (most recently at Augusta University), Gorman knew he couldn’t just count on any vendor to bring about the upgrade.

Presidio, a specialist in digital infrastructure solutions, is one company Gorman and his team are considering. The proposed aim: to help transform Bradley’s systems—everything from virtual desktops to cyber security to internet connectivity—into a beacon of 21st century efficiency.

Only Gorman and Presidio wouldn’t exactly be starting from scratch. With much of the legwork done prior to his arrival, Gorman had to request certain structural features—both the network and the classrooms themselves—be augmented.

According to Gorman, Bradley’s massive makeover is “about 50 percent” done, with the school on track to open the first phase of the BEC for classes by the fall of 2019. And while the process hasn’t been without hiccups, Gorman says the buy-in from students, teachers and administrators has been overwhelmingly positive.

“I think arriving when I did allowed people to see me as an unbiased voice,” Gorman says. “At the end of the day, we’re all striving for the same thing, which is to foster a learning environment that puts these students on the path to success.”