Finding IT magic on the margins

In the middle of a lesson on ancient Greece, all 26 of the classroom’s chromebooks begin to buffer, eliciting a string of frustrated sighs. Down the hall, students wait nervously for the next page of their state test to load online, while nearby the teacher struggles to upload the week’s grades into the learning management system.

The internet is being sluggish again, and there’s nothing to do but wait—and hope. 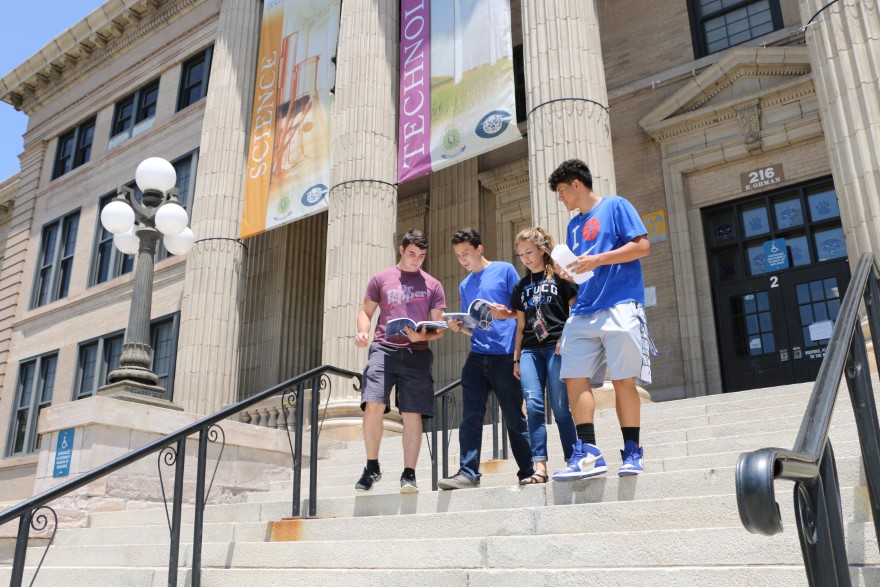 No matter how many technology tools a school system has, without a strong network backbone to support them, frustration and inefficiency abound.

So believes Zach Mather, director of technology for Pueblo City Schools (PCS), where a top-to-bottom network refresh is helping the Colorado district usher in a new era of innovation and student engagement.

“With enough connectivity, both wired and wireless, you remove any access barriers,” says Mather, who joined PCS in 2016. “At that point the conversation shifts. What kind of devices do we want? What kind of services and curricula do we want? That’s when you start having a real impact.”

Shortly after Mather’s arrival, PCS solicited the help of E-Rate, a national program that helps fund technology initiatives for school districts and public libraries. After Mather and his team laid out their plans for a network overhaul, E-Rate agreed to pay 80 percent of the $1.3 million project—a boon for a city consistently ranked one of the poorest in Colorado.

In 2018, PCS began the process of replacing every network switch in the district’s 32 schools. It also started adding network access points to nearly every classroom—almost 1,000 in total—giving all 16,000 of PCS’s students a much more level digital playing field. 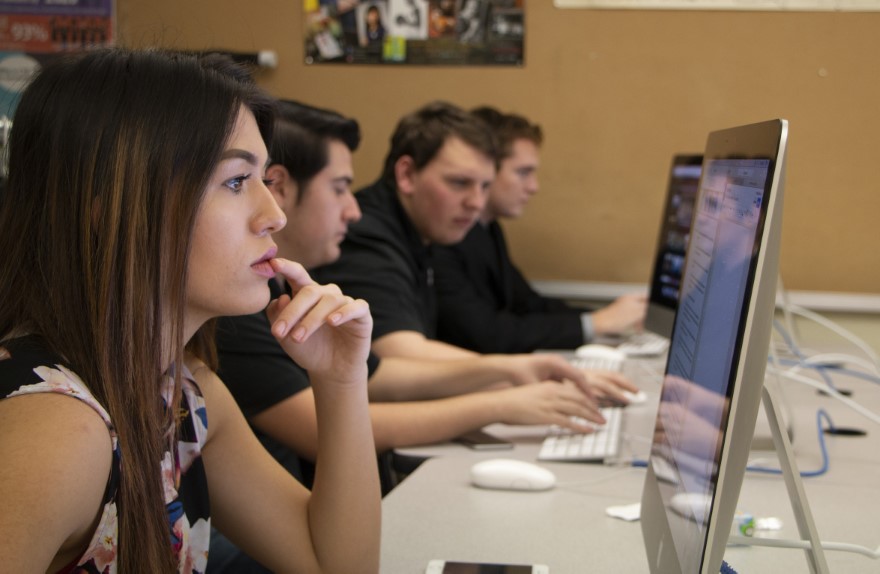 Sweeping though the upgrades will ultimately be, Mather says it’s imperative that PCS start with the most tech-ready buildings. Schools like the Paragon Learning Center, a high school with a curriculum focused on blended learning where students do a lot of their work from home using some online instruction vs in a traditional classroom.

“Working with a school like Paragon enables us to troubleshoot in a place where the impact on day-to-day connectivity won’t be as pronounced,” Mather explains. “So we learn from the inevitable landmines that arise and gradually make our way through schools where the switch-outs and configurations might be a little more difficult,” due to older buildings and systems.

For Mather, building a more reliable network infrastructure is paramount to creating educational equity. But if a school district can’t rely on unlimited resources to bolster its bells and whistles, sometimes the only answer is the next best thing: being resourceful.

When PCS decided to switch cellphone contracts in 2017, the district suddenly had upwards of 150 perfectly usable Andriod phones on its hands. Inspired by similar initiatives adopted by districts throughout the country, the team at PCS used the phones—along with a class-set of Google Cardboard 3D glasses, costing a mere $5 apiece—to create a mobile virtual reality (VR) lab. 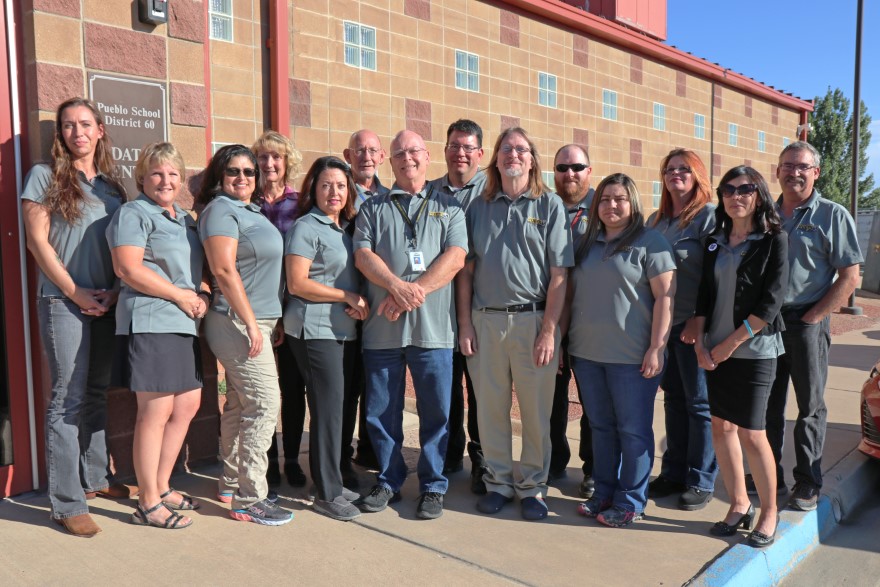 The aim, Mather says, is for teachers to integrate the labs into their current curriculum. Doing a lesson on U.S. History? Simply schedule an appointment with the mobile lab, and a digital learning coach will come to your classroom and lead students through a VR tour of battlefields, monuments and other historical sites.

“It adds a whole different dimension—literally—to what’s being taught,” says Mather. “For most students in our community, visiting some of these places in person just isn’t possible. This gives them that immersive experience and sparks curiosity in the wider world.”

Over time, Mather hopes to hand the reins of the labs to the teachers themselves, allowing them to more easily tailor VR lessons to the relevant subject matter.

In a word, Mather says, it’s about flexibility—for students, teachers and the district writ large. Nowhere is this mantra more apparent than in PCS’s adoption of Innovation Zones, which allow districts to lobby the state’s education board for certain regulatory exemptions. 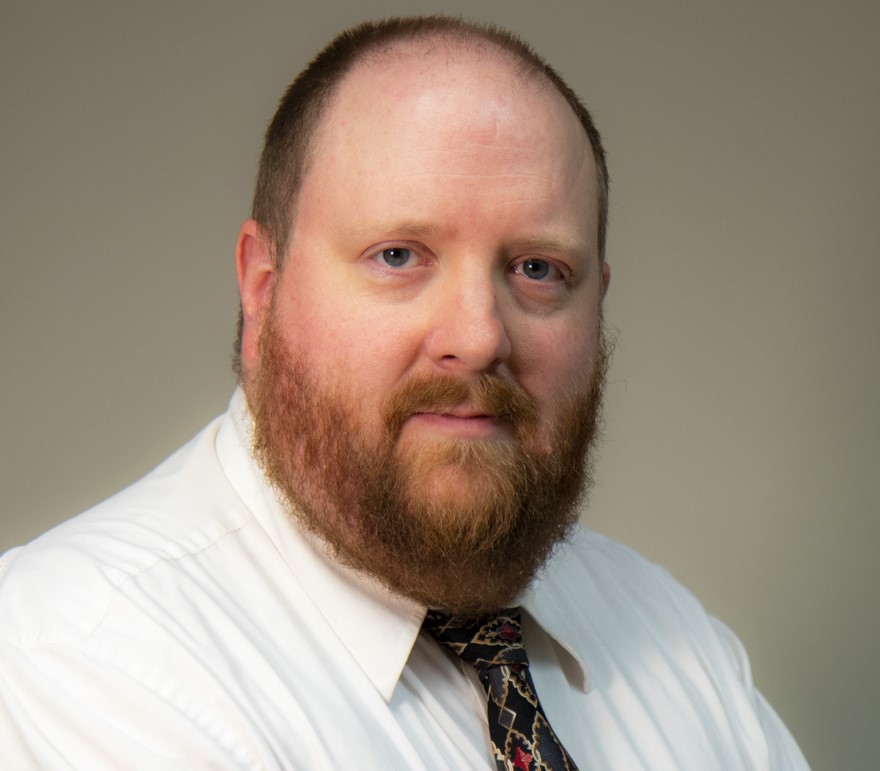 For example, some schools have proposed changes to their yearly calendar, keeping kids in class as part of an “extended day” program while giving them more opportunities to take advantage of summertime resources.

Meanwhile, some of the district’s schools have adopted innovative STEM curricula—short for science, technology, engineering and math—designed to better prepare students for an increasingly tech-centric job market, while others have incorporated the International Bachelorette program to create a more worldly curriculum.

“Having options throughout the district for some of our schools to step outside the rules by being more innovative is incredibly empowering,” Mather explains. “We envision technology being integral to what the schools are trying to do.”

Two years into his role, Mather sees a district working overtime to overcome longstanding challenges, from 10-minute log-in times to a bourgeoning universe of tech possibilities: a push for a full 1:1 student-to-device ratio, a redoubled commitment to blended learning, the list goes on.

Though Mather insists the biggest box is one that can never have too many check marks: empowering students to embrace technology and take charge of their educational futures.

“Technology has the incredible power of taking kids who otherwise might not have a lot of opportunities, and putting a whole world of possibilities at their fingertips,” Mather says. “It allows them to go beyond what they see—to be impactful. It’s our job to make sure they have that chance, and everyone here, from the IT department to teachers and administrators throughout the district, have worked really hard to make this happen.”